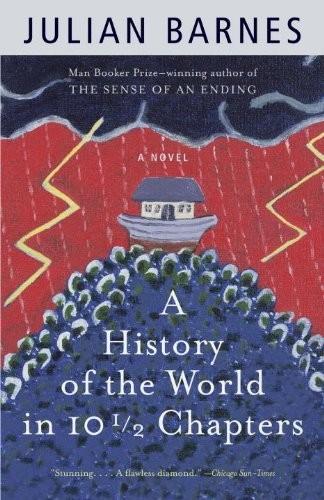 This is, in short, a complete, unsettling, and frequently exhilarating vision of the world, starting with the voyage of Noah's ark and ending with a sneak preview of heaven!From the Trade Paperback edition.

JULIAN BARNES’S
A HISTORY
OF THE WORLD
IN 10½ CHAPTERS

“Inspired … Barnes is a dazzler.”

“This is a playful, witty and entertaining gathering of conjectures by a man to whom ideas are quite clearly crucial: a quintessential humanist, it would seem, of the pre-post-modernist species.”

“Barnes is an important writer who continues to grow, blessed … as he is with both ambition and self-irony. ”

“Sensational … the book is utterly novel.…
A History of the World in 10½ Chapters
really strings together fictional conceits that dance and prance and mug … the kind of crowd pleasers that Twain or Wilde might have read on tour … a fabulous independent voice.”

“A challenging, readable and entertaining collection … Julian Barnes takes us on a marvelous trip.”

“Barnes leapfrogs easily from fabulism to reportage to criticism to the personal essay.… There are shafts of brilliance … and a saving taste of the bitterness that breeds effective satire.” 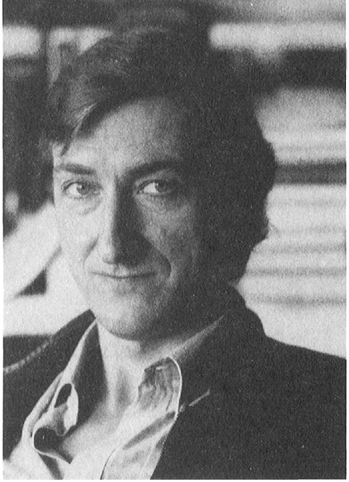 JULIAN BARNES
A HISTORY
OF THE WORLD
IN 10½ CHAPTERS

Julian Barnes was born in Leicester, England, in 1946, was educated at Oxford University and now lives in London. His first four novels—
Metroland, Before She Met Me, Flaubert’s Parrot
and
Staring at the Sun
—have brought him international acclaim.

Before She Met Me

Staring at the Sun 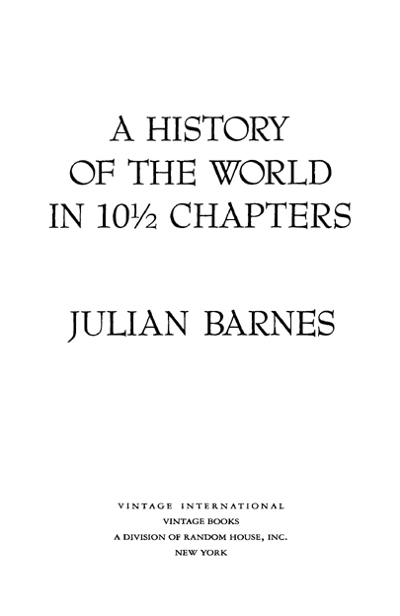 A portion of this book was originally published in
The New Yorker
.

A history of the world in 10½ chapters/Julian Barnes.—

3 THE WARS OF RELIGION

T
HEY PUT THE BEHEMOTHS
in the hold along with the rhinos, the hippos and the elephants. It was a sensible decision to use them as ballast; but you can imagine the stench. And there was no-one to muck out. The men were overburdened with the feeding rota, and their women, who beneath those leaping fire-tongues of scent no doubt reeked as badly as we did, were far too delicate. So if any mucking-out was to happen, we had to do it ourselves. Every few months they would winch back the thick hatch on the aft deck and let the cleaner-birds in. Well, first they had to let the smell out (and there weren’t too many volunteers for winch-work); then six or eight of the less fastidious birds would flutter cautiously around the hatch for a minute or so before diving in. I can’t remember what they were all called – indeed, one of those pairs no longer exists – but you know the sort I mean. You’ve seen hippos with their mouths open and bright little birds pecking away between their teeth like distraught dental hygienists? Picture that on a larger, messier scale. I am hardly squeamish, but even I used to shudder at the scene below decks: a row of squinting monsters being manicured in a sewer.

There was strict discipline on the Ark: that’s the first point to make. It wasn’t like those nursery versions in painted wood which you might have played with as a child – all happy couples peering merrily over the rail from the comfort of their well-scrubbed stalls. Don’t imagine some Mediterranean cruise on which we played languorous roulette and everyone dressed for dinner; on the Ark only the penguins wore tailcoats. Remember: this was a long and dangerous voyage – dangerous even though some of the rules had been fixed in advance. Remember
too that we had the whole of the animal kingdom on board: would you have put the cheetahs within springing distance of the antelope? A certain level of security was inevitable, and we accepted double-peg locks, stall inspections, a nightly curfew. But regrettably there were also punishments and isolation cells. Someone at the very top became obsessed with information gathering; and certain of the travellers agreed to act as stool pigeons. I’m sorry to report that ratting to the authorities was at times widespread. It wasn’t a nature reserve, that Ark of ours; at times it was more like a prison ship.

Now, I realize that accounts differ. Your species has its much repeated version, which still charms even sceptics; while the animals have a compendium of sentimental myths. But they’re not going to rock the boat, are they? Not when they’ve been treated as heroes, not when it’s become a matter of pride that each and every one of them can proudly trace its family tree straight back to the Ark. They were chosen, they endured, they survived: it’s normal for them to gloss over the awkward episodes, to have convenient lapses of memory. But I am not constrained in that way. I was never chosen. In fact, like several other species, I was specifically not chosen. I was a stowaway; I too survived; I escaped (getting off was no easier than getting on); and I have flourished. I am a little set apart from the rest of animal society, which still has its nostalgic reunions: there is even a Sealegs Club for species which never once felt queasy. When I recall the Voyage, I feel no sense of obligation; gratitude puts no smear of Vaseline on the lens. My account you can trust.

You presumably grasped that the ‘Ark’ was more than just a single ship? It was the name we gave to the whole flotilla (you could hardly expect to cram the entire animal kingdom into something a mere three hundred cubits long). It rained for forty days and forty nights? Well, naturally it didn’t – that would have been no more than a routine English summer. No, it rained for about a year and a half, by my reckoning. And the waters were upon the earth for a hundred and fifty days? Bump that up to about four years. And so on. Your species has always
been hopeless about dates. I put it down to your quaint obsession with multiples of seven.

In the beginning, the Ark consisted of eight vessels: Noah’s galleon, which towed the stores ship, then four slightly smaller boats, each captained by one of Noah’s sons, and behind them, at a safe distance (the family being superstitious about illness), the hospital ship. The eighth vessel provided a brief mystery: a darting little sloop with filigree decorations in sandalwood all along the stern, it steered a course sycophantically close to that of Ham’s ark. If you got to leeward you would sometimes be teased with strange perfumes; occasionally, at night, when the tempest slackened, you could hear jaunty music and shrill laughter – surprising noises to us, because we had assumed that all the wives of all the sons of Noah were safely ensconced on their own ships. However, this scented, laughing boat was not robust: it went down in a sudden squall, and Ham was pensive for several weeks thereafter.