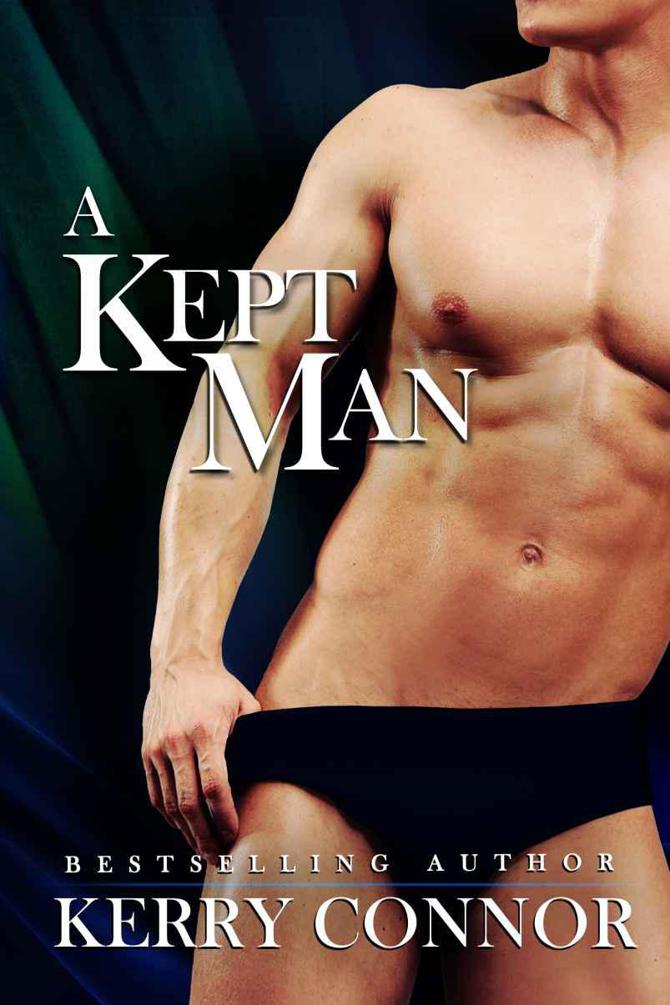 This ebook is licensed for
your personal enjoyment only. This ebook may not be re-sold or given
away to other people. If you would like to share this book with
another person, please purchase an additional copy for each
recipient. If you’re reading this book and did not purchase it,
or it was not purchased for your use only, then please purchase your
own copy. Thank you for respecting the hard work of this author.

This book is a work of
fiction. Names, characters, places and incidents are either the
product of the author's imagination or are used fictitiously, and any
resemblance to actual events, locales or persons, living or dead, is
entirely coincidental.

All rights reserved,
including the right of reproduction in whole or in part in any form.

For questions or comments
regarding this ebook, please contact the author at
[email protected]
.

The house was tucked away on a winding lane in the Hollywood Hills.
Shady trees hid it from the world and insulated it from the noise of
the city just below. Stepping out of the Jeep, Jess could hear
nothing of the congested Los Angeles traffic that had surrounded her
only minutes ago. There was only the soft rustle of leaves in the
afternoon breeze and the occasional chirp of an unseen bird.

“A haven,” Aunt Felicity had called it. For once in her
life, Felicity hadn’t exaggerated. Jess could already feel the
tension that had been gnawing at her insides for weeks seeping away.

Throwing the backpack that contained her laptop and what few clothes
she had over her shoulder, Jess closed the car door—gently, so
not to disturb the blessed stillness—and stared up at her home
for the next month. It was an elegant structure, constructed entirely
of wood and glass, with wall-to-wall windows that provided a
panoramic view of the valley on three sides. A winding brick path led
the way through the sheltering trees up to the front door.

Jess glanced down at her ragged khaki shorts and scuffed climbing
boots. Good thing there wasn’t going to be anyone here to greet
her. She’d never felt more out of place in her life—and
this from someone who had made a career out of being at ease at
anywhere in the world. As a foreign correspondent reporting primarily
from South America for the better part of the last decade, she knew
what it was like to walk into places where being a Caucasian female
was asking for trouble. Yet she’d managed to thrive. Truth be
told, the sweltering jungles of Central and South America still felt
more like home than the States did.

They were certainly more reassuring than Aunt Felicity’s
Hollywood hideaway.

Felicity wasn’t really her aunt. Technically, she was Jess’s
godmother, her mother’s college roommate and best friend. But
while Linda Harper had grown up and settled down, Felicity had done
the exact opposite.

She’d been an actress in the seventies, though not a
particularly good one, which was why her career hadn’t lasted
into the eighties. Fortunately, she was beautiful, a quality she had
never hesitated to fall back on. It had helped her snare the heart
and hand of director Roy Talbott and, when he died a few years later,
this house he’d built. Felicity had long since moved on to
husbands two, three and four, though she was currently unwed and had
recently hooked up with some kind of European royalty. A count? A
duke? Jess had never been able to keep track. Through all her
subsequent marriages, Felicity had kept this house—a telling
sign, Jess thought, that Roy was the one husband she’d truly
loved.

With Felicity summering in Monte Carlo with her royal—maybe he
was an aging prince, though not one who was going to inherit a
crown—the house was empty and available. The perfect retreat
for someone suffering from writer’s block.

“You must take it, darling!” Felicity had insisted when
she’d visited Jess in New York last week. “I will not
take no for an answer.”

I should have at least tried giving it for one
, Jess thought.
For someone who’d spent the last few years living in tents,
huts, cheap hotel rooms and one tiny New York apartment, the house
seemed obscenely extravagant. She couldn’t see herself being
comfortable here. Maybe that was a good thing. She’d been
perfectly comfortable in her apartment back in New York, and she
hadn’t been able to get a damn thing done on her book, which
was now due in twenty-nine days, sixteen hours and twenty odd
minutes. Her deadline loomed over her like the gleaming blade of a
guillotine, just waiting to swoop down at put an end to her fledgling
literary career before it had even started.

Her publisher was very excited about the book, offering a hefty
advance for her memoirs about being a young woman on the front lines
in some of the most dangerous places on earth. She’d been
excited about it too, before she actually tried to sit down and write
the damn thing. She’d covered wars, political upheaval, the
plight of slowly fading indigenous cultures. She’d accumulated
more stories in ten years than most people would in a lifetime. She
knew exactly what she wanted to say, what she thought was most
interesting and what she thought people should know.

And after seven months of sitting in front of her computer, she had
squat.

She was used to tapping out stories on the fly, faced with a daily
deadline for the news organizations she’d worked for.

Now, with all the time in the world, nothing.

She was too self-aware not to know what the problem was. She’d
thought that she was far enough away from everything that had
happened last year, that she had the necessary distance to begin
writing about her experiences, only to find she was kidding herself.
She had the physical distance, but nowhere close to the emotional
one.

In all likelihood, Aunt Felicity’s hideaway was exactly what
she needed. This place was a thousand miles away from South America,
not only in terms of distance, but attitude. It was luxurious and
decadent, and made her feel more than a little sinful. Felicity was
right. She needed to relax. It could be exactly what she needed for
the words to flow.

Of course, standing outside and gawking at the place wasn’t
helping her get anything written. Shoving her misgivings aside, Jess
climbed the stone path up to the front door that was tucked away
almost on the side of the house. The better to discourage unwanted
visitors, she supposed.

Pulling the key Felicity had given her from the pocket of her shorts,
Jess began to ease it into the lock, only to have the heft of her
backpack throw her off-balance. The key bounced off of the lock and
out of her fingers. Pain shot through her hand as it slammed into the
door.

“Damn it!” A string of curses slipped from her mouth, and
when she’d exhausted her supply of English ones, she moved on
to one of the other languages she knew.

In the back of her mind, she heard the key clink against the stoop.
Shaking her throbbing fingers, she let the backpack drop to the
ground and bent to find the key. God, she hoped it hadn’t
bounced off into the grass. There was a steep drop-off from the step,
and spending the next couple of hours searching for the damn thing
wasn’t how she wanted to spend her first day here.

The door suddenly swung open with a whoosh. Caught off-guard, Jess
jerked her head to the sound.

Her eyes landed on two of the most perfectly formed male legs she’d
ever seen.

Feeling awkward and embarrassed standing there with her butt in the
air, Jess tried to straighten, only to find her attention lingering
as her gaze rose.

The view only improved as she went up.

The legs went on forever, with long, lean calves and strong, muscular
thighs, all lightly dusted with blond hair and burnished to a golden
glow.

They finally ended at a pair of threadbare cutoffs, chopped
indecently high, so that the bulge in his crotch was barely contained
in the pouch of the fly.

The shorts hung low on lean hips that managed to hold them up against
all odds and the laws of gravity.

Above them was a crisp outline of abs. One, two, three, four...times
two.

Every trace of moisture in her mouth had evaporated, and she almost
hesitated before going further. There was no way his face could live
up to the rest of him. He had to be cross-eyed and bucktoothed with a
receding hairline. No one could be that genetically blessed.

The face matched the rest of him. Classical, chiseled features,
sparkling blue eyes, and sun-kissed blond hair that was cut short,
but nowhere close to receding.

He smiled down on her, his grin open and gleaming, displaying a
mouthful of bright, perfectly straight, definitely not buck teeth.
The man was a toothpaste commercial come to life; she could
practically see the sparkle on his ivory enamels. Hell, maybe he
really had been in a commercial. What did she know? He was certainly
good-looking enough. Too good-looking.

It had to be a trick of the light—he had the sun at his back,
after all—but he looked as if he was literally gleaming, as
though the glow was emanating from his bronzed skin. A California sun
god in fact as well as appearance.

She, who’d never sighed over a man before in her life, choked
back the exhalation that had been ready to burst forth.

“Hi,” he said. The low rumble of his voice finally
snapped her out of the astonished daze that seemed to have struck
her. For a moment she’d almost managed to convince herself he
was nothing more than a heat and exhaustion-induced mirage. Her
imagination certainly couldn’t do much better than this.

But no. He was real. Amazingly real. There was nothing wrong with her
senses, but something screwy was definitely going on.

She straightened her spine and shook her head. “I’m
sorry. I must have the wrong house,” she said, even though she
knew she clearly hadn’t. She’d seen pictures. The house
was familiar. The man was not.

The sound of her name in a stranger’s mouth was more unnerving
than reassuring. She’d learned long ago that it was never a
good sign when someone you didn’t know knew you. It meant
they’d been waiting for you, and their intentions were seldom
benevolent.

Of course, that was a lesson she’d learned in a war zone, far
from this gleaming house and the gleaming man in it.

She suspected that truth held all the same.

She eyed him warily, debating whether or not to admit her identity.
Finally deciding she was being overcautious, she admitted, “Yes.”