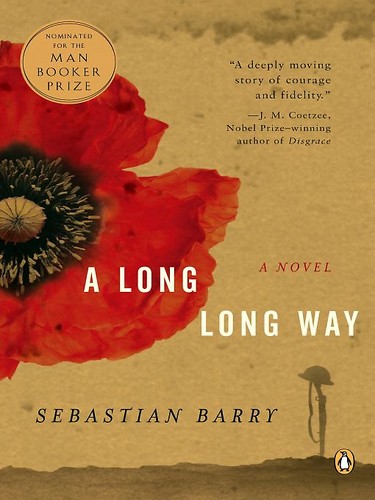 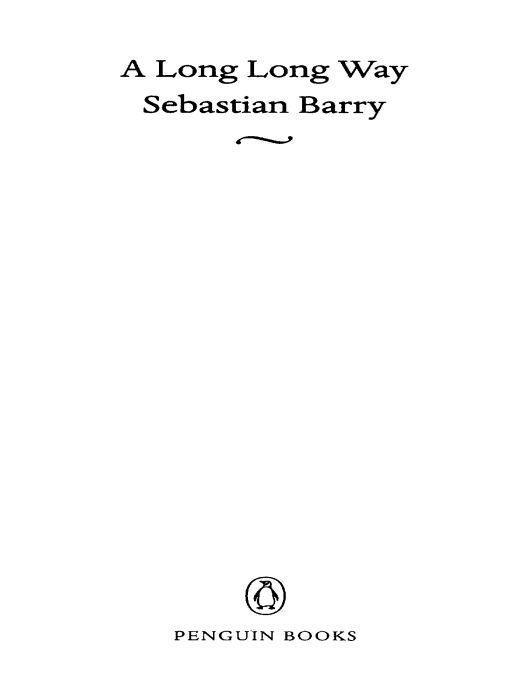 FOR MORE FROM SEBASTION BARRY, LOOK FOR THE

FOR MORE FROM SEBASTION BARRY, LOOK FOR THE

FORTHE BEST IN PAPERBACKS, LOOK FOR THE

Praise for A Long Long Way

“Nobody writes better about the trenches of the First World War than Sebastian Barry. In brutally effective prose he lays bare and celebrates the heroism of the young men whose lives were lost on the killing fields of France. His great gift is that he makes you feel he is reporting events that he’s witnessed first hand.”

— Peter Sheridan, author of
Every Inch of Her and 44:Dublin Made Me

“This is Sebastian Barry’s song of innocence and experience, composed with poetic grace and an eye, both unflinching and tender, for savage detail and moments of pure beauty. It is also an astonishing display of Barry’s gift for creating a memorable character, whom he has written, indelibly, back into a history which continues to haunt us.”

— Colm Tóibín, author of
The Master

“The story of young Willie Dunne, caught between the competing and irconcilable loyalties of family, faith and fatherland, is tragic — as indeed the stories of so many young Irishmen who joined up in 1914 must have been, whether they died or lived. But even more powerful is Sebastian Barry’s prose, which fuses the vernacular with the poetic, in a way that is lyrical and yet entirely apt. Willie Dunne’s voice, like his dilemmas, has the resonance of authenticity.” — Hew Strachan, author of
The First World War

“Wrenching ...[Barry marches] bravely into the darkest, most dangerous terrain of human nature to discover what resides beneath the shiny armor of patriotism and duty. Especially in a time of war,
[A Long Long Way]
reminds us how profoundly complex the soldier’s life is.”

“A Long Long Way
is one of those novels that, as you turn it over in your mind, may just stay with you a long, long time.” —
The Denver Post

“Through the character of Willie Dunne ... Barry allows us not so much to imagine the war as to inhabit it, and in doing so he has created a modern masterpiece.” —
The Boston Globe

“With disarming lyricism, Barry’s novel leads the reader into a hellish no-man‘s-land, where the true madness of war can only be felt and understood rather than said.” —
The
Observer (London)

“[Barry‘s] prose is exquisite and his mind is relentless.”

Sebastian Barry was born in Dublin in 1955. His play The
Steward of Christendom
won many awards and has been seen around the world. He is the author of the highly acclaimed novels
The Whereabouts of Eneas McNulty
and
Annie Dunne,
and his most recent play,
Whistling Psyche,
premiered at the Almeida in London in 2004. He currently lives in Wicklow, Ireland. 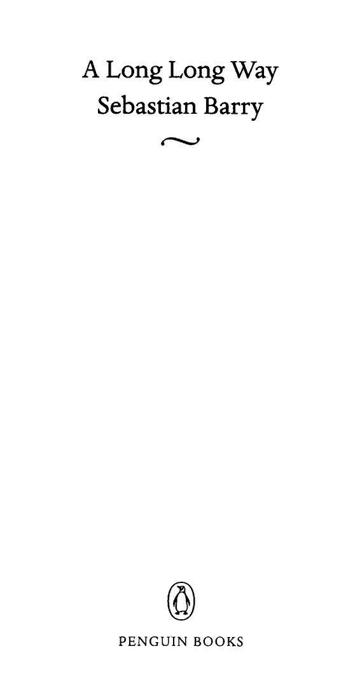 First published in the United States of America by Viking Penguin,
a member of Penguin Group (USA) Inc. 2005
Published in Penguin Books 2006

PUBLISHER’S NOTE
This is a work of fiction. Names, characters, places, and incidents either are the product
of the author’s imagination or are used fictitiously, and any resemblance to actual persons,
living or dead, business establishments, events, or locales is entirely coincidental.

The scanning, uploading and distribution of this book via the Internet or via any other means without the permission of the publisher is illegal and punishable by law. Please purchase only authorized electronic editions, and do not participate in or encourage electronic piracy of copyrighted materials. Your support of the author’s rights is appreciated.

For Roy Foster,
in friendship

He was born in the dying days.

It was the withering end of 1896. He was called William after the long-dead Orange King, because his father took an interest in such distant matters. On top of that, an old great-uncle, William Cullen, was yet living in Wicklow, across the mountains as they used to say, where his father himself had been reared.

The winter sleet bit into the Dublin cab-men, where they gathered in their mucky gabardines by the Round Room in Great Britain Street. The stony face of the old building remained indifferent, with its strange decoration of ox-skulls and draperies.

The new babies screeched inside the thick grey walls of the Rotunda Hospital. Blood gathered on the nurses’ white laps like the aprons of butchers.

He was a little baby and would be always a little boy. He was like the thin upper arm of a beggar with a few meagre bones shot through him, provisional and bare.

When he broke from his mother he made a mewling sound like a wounded cat, over and over.

That was the night of a storm that would not be a famous storm. But, for all that, it rattled the last leaves out of the regal oaks in the old pleasure gardens behind the hospital, and it drove the wet harvest along the gutters and into the gaping drains and down into the unknown avenues of the great sewers. The blood of births was sluiced down there too, and all the many liquids of humanity, but the salt sea at Ringsend took everything equally.

His mother took him to her breast with the exhausted will that makes heroes of most mothers. The fathers stood well away, taking a beer in the Ship Hotel. The century was old and weak, but the men spoke of horses and taxes. A baby knows nothing, and Willie knew nothing, but he was like a scrap of a song nonetheless, a point of light in the sleety darkness, a beginning.