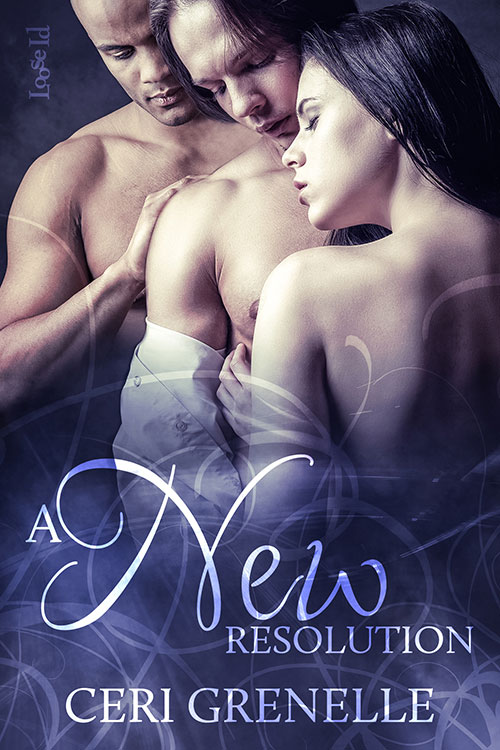 For my friends back on the island. Thank you for making sure my resolutions were substantial and worth achieving.

“What, Lore, what? Can’t you give me a couple minutes? I’m on the phone with your father!”

Lore sat in front of the living room TV, twisting to look over her shoulder at her robe-clad mother leaning against the kitchen archway. With her short bleached-blonde hair, the roots at the moment showing an indigo black, Lore always thought her mom looked a little fake, but she’d never say that to her face. Even if their relationship hadn’t been tense, she wouldn’t have mentioned it. The woman was touchy about her appearance. Her mom clutched the new cordless phone to her chest with her right hand, the ever-ready wineglass gripped tightly in her left.

“It’s almost midnight. When is he gonna be home?” Lore complained, gesturing to Dick Clark on the TV. Apparently KISS was supposed to perform. Lore wished her dad would hurry home so they could make fun of the band’s silly makeup together. “He’s never missed a New Year’s before. We have to sing the stupid song together.”

Her mother snorted, taking a sip of her red wine. “If you think the song is stupid, then why do you want to sing it so badly?”

“You’re just quoting him now.” Her mom held up the phone and waved it. “Give me a few minutes to speak to him, please? I can’t think with you jumping around like that.” She turned her back to the living room once more and leaned her forehead against the wall, her voice lowering conspiratorially. But not low enough for Lore to miss her panicked words. “David, the police have come here twice already in the past week, and yesterday there was a black car I’ve never seen before sitting across the street all day. When are you coming home? What is going on?” A short pause as Lore could hear her father’s muffled voice on the other end of the line. “Ten minutes isn’t soon enough; your daughter is going to spin her head like
The Exorcist
if you don’t show up soon.” Her mom sighed as he answered, always soothed by what her husband had to say, regardless of her precious concerns. “All right. See you soon.”

Lore waited for her mom to hang up before asking, “Is he coming?”

“He’ll be home in ten minutes, he said.”

“This business trip took way too long this time. What is he doing that he needs to be gone for a
month?
He missed my softball game. He promised he’d never miss one again.”

“Goddamn it, Lore.” She slapped her thigh in frustration, a gesture Lore was all too familiar with during their conversations. She and her mother’s relationship had always been anything but easy. “Just ask him yourself when he gets home. I don’t know why he’s gone as long as he is. It’s not my fault.” Her finger jabbed at her chest; her previously smooth and pleasant face contorted into an angry snarl.

“I never said it was your fault. I was just asking—”

Lore turned back to the TV, knowing she wouldn’t get anywhere with her mom tonight, especially after seeing an empty bottle of wine already on the counter. “Fine. Whatever.”

“Don’t take that tone with me, young lady.”

“Oh my God, I wasn’t taking any tone,” Lore yelled without taking her eyes off the TV. She refused to back down from her mother’s challenge, but she also didn’t have to miss anything on television while she did. Her teachers always said she was great at multitasking. “Why are you being crazy?”

Just as her mother began to pursue the fight with an angry foot forward, the telltale sign of footsteps on the porch and a key wiggling in the brass deadlock, followed by a door slamming wide open, eased the hostility in the room dramatically. The tension Lore felt instantly unraveled. Lore looked at her mom to see a smile transforming her features from harsh to forgiving, no doubt an expression that was mirrored on Lore’s face. There was only one man who could bring them together. Lore stood, unable to hold back her excitement, then ran from the living room and into the hallway leading to the foyer and gaping front door. The snow outside was falling steadily now, the wind blowing it into the foyer with great cold gusts.

Squinting through the biting wind, Lore could see her dad comically drenched in giant wet snow flurries, making him look like a dark-haired abominable snowman. His black wool trench coat trailed frozen mud and ice onto the pristine parquet floor, an offense Lore would have been severely punished for by her mother if she’d been the perpetrator. But her dad could do no wrong. Whatever stress he caused by being away from Lore and her mom were wiped clean when they saw his red-cheeked grin, beaming like the sun itself upon seeing his two girls after such a long time. His blue eyes sparkled, lighting up like the Christmas tree sitting in the corner of the living room.

“Dad!” Lore sprinted across the room, then threw her arms around her hero. She didn’t even care that her pajamas began to steadily soak up the snow and ice on his coat. She loved her father so much. It had been more hellish than usual living with her uptight mother alone this past month.

“Oof! Lore, you are too much of a growing girl for this, or I’m too much of an old man.” Despite his words, he hugged her back just as tightly, if not more. “How’s my best girl?” he whispered in her ear, warming her heart through all the icy water soaking her pajamas.

“Annoyed that you almost missed the stupid song and the dumb ball dropping.” New Year’s Eve was their favorite holiday, but as such, they reserved the right to make fun of its oddities whenever possible. Because really, a big sparkly electric ball slowly falling down a pole to signify a new year was sort of stupid when you thought about it.

“How’s the TV working this year?” he asked, setting her back on the floor and beginning to shed his snowy outer garments.

“Like new, as the TV is brand-new,” Darlene snipped from the entrance to the living room. She didn’t come galloping down the hall with joy as her daughter had, but Lore could see the withheld delight her mother seemed to possess whenever in her husband’s presence. Whatever fight they’d just had or the level of boredom and misery they’d experienced during his absence didn’t matter anymore to her mom. It was as if the world melted away and he was the sun to her earth. When she was a kid, Lore remembered bugging her mom for attention, but if her father had been around, her mom would always try to brush Lore off. She didn’t start to understand until she and her father began having their father-daughter dates. During those instances, Lore also never wanted her mom intruding on their alone time. Her mom just wasn’t as much fun as her dad.

“Ah, hello, my darling Darlene.” David brushed back the black strands curling in his face from the damp snow, a sure sign he was trying to pacify his annoyed wife. “Come here for a kiss? Didn’t you miss your husband?” His smirk could have melted the most iron of knees.

“Clean up first, and maybe you’ll get a kiss in the next century.” Darlene winked at her husband, then turned back into the living room, a little more sway to her steps than there had been for the past month. How Darlene managed to look coy and pissed off at the same time was a mystery to Lore, and something she’d tried to emulate in the mirror on countless occasions. Maybe it was a skill a woman learned after marriage.

“All right, pumpkin,” her father said as he crouched on the floor, blowing hot breath onto his cold-burned hands. “Let me go put some stuff from work in my office. Then I’ll meet you in the living room, deal? Well, first I need to corner and make out with your mother—”

“Gross.” Lore went on her tippy toes and bounced up and down on the balls of her feet in revulsion. She covered her ears as she said, “No more speaking, please, before my ears melt off. Gross, gross.” She repeated the mantra over and over under her breath. Her dad laughed that delightful belly laugh that always made her mom smile and Lore laugh right along with him. He nuzzled her cheek with his cold nose and slapped her bum gently to push her in the direction of the living room. She detoured instead toward the stairs.

“Be right back.” Lore quickly ran up to her vibrant purple and pink room to change into dry pajamas, also purple and pink, of course. The best colors ever.

She had the quick thought to put on her snow boots in case her father decided to do something crazy and spontaneous like chase her out into the snow at midnight. She had learned to be more prepared where her father was concerned from past barefoot mistakes. Laughing at the memory of a particularly silly snow day spent with her dad, she tugged a heavier sweater over her thin sleep shirt before running back down the stairs, a bright smile on her face as she looked forward to another countdown to midnight with her favorite person. No less than twenty minutes later, she and her dad were sitting together in front of the TV, watching Dick Clark hosting away in the cold New York City air. She loved watching him on TV, but she would never want to be one of the people squashed together in the icy wind to see a sparkling ball drop down a pole. Her warm and comfy living room floor was just as good, if not better than Times Square.

Saving Italy: The Race to Rescue a Nation's Treasures from the Nazis by Edsel, Robert M.
The Kindness of Strangers (Skip Langdon Mystery #6) (The Skip Langdon Series) by Smith, Julie
The Human Insurgency by J. Kirsch
Mastiff by Pierce, Tamora
Getting Over Getting Mad: Positive Ways to Manage Anger in Your Most Important Relationships by Judy Ford
Dodger by Terry Pratchett
Minx by Julia Quinn
Taking Her Time by Cait London
Metzger's Dog by Thomas Perry
Violins of Hope by James A. Grymes