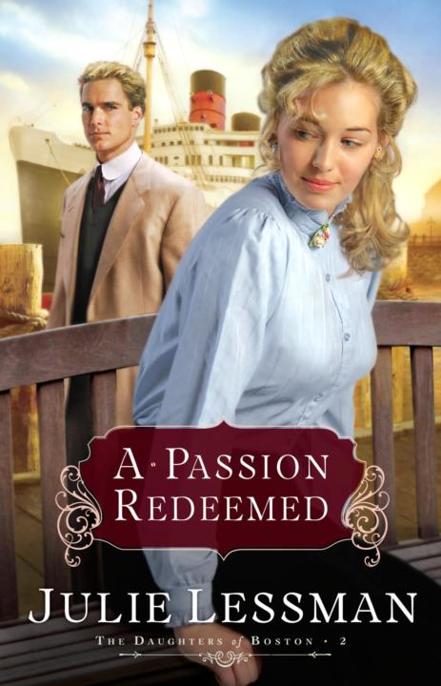 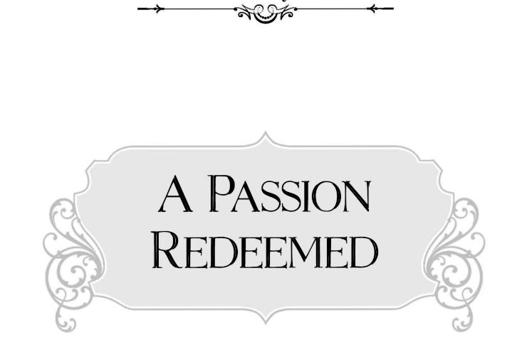 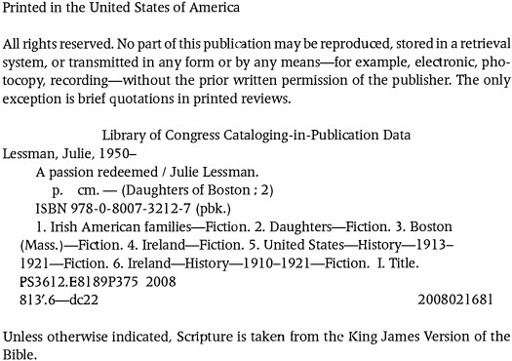 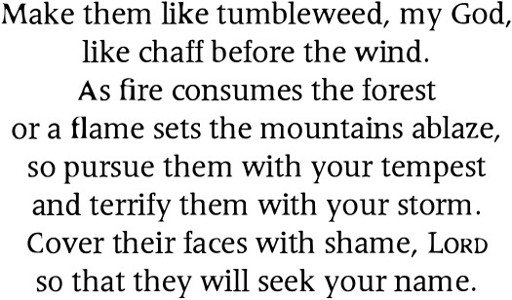 Patrick O'Connor stirred from a deep sleep at the feather touch of his wife's breath, warm against his neck.

Her words tingled through him and he slowly turned, gathering her into his arms with a sleepy smile. He ran his hand up the side of her body, all senses effectively roused.

"No, Patrick," she whispered, shooing his hand from her waist, "I need you to go downstairs-now! There's someone in the kitchen."

Patrick groaned and plopped back on his pillow. "Marcy, there's no one in the kitchen. Go back to sleep, darlin'."

She sat up and shook his shoulder. "Yes, there is-I heard it. The back door opened and closed."

"It's probably Sean after a late night with his friends. He hasn't seen them since before the war, remember?"

"No, he came home hours ago, and it's the middle of the night. I'm telling you, someone's in the kitchen."

Marcy jerked the cover from his body. Icy air prickled his skin. Both of her size 6 feet butted hard against his side and began to push.

He groaned and fisted her ankle, his stubborn streak surfacing along with goose bumps. "So help me, woman, I'll not be shoved out of my own bed. . ."

She leaned across his chest. "Patrick, I'm afraid. Can't you at least go downstairs and check?"

Her tone disarmed him. "It's probably just Faith, digging into Thanksgiving leftovers. She didn't eat much at dinner, you know."

"I know, and that's what I thought too, but I just peeked in her room, and I'm sure she was under the covers."

"No, they're all sleeping. I checked. Please, Patrick? For my peace of mind? Won't you go down and see?"

He sighed and swung his legs over the side of the bed. "Yes, Marcy, I will go down and see. For your peace of mind." He swiped his slippers off the floor and yanked them on his feet. "And for mine." He started for the door.

"Wait! Take something with you. A shoe, a belt-something for protection."

He turned and propped his hands low on the sides of his tie-string pajamas. "Shoes. Yes, that should do the trick. Newspaper editor bludgeons intruder with wing tips."

Marcy tossed the covers aside and hopped out of bed. "Wait! My iron. You can take my iron. It weighs a ton." She padded to the wardrobe and hefted a cast-iron appliance off the shelf. She lugged it to where he stood watching her, a half smile twitching on his lips. "Here, take it. And hurry, will you? He could be gone by now."

He snatched the iron from her hands. "And that would be a good thing, right?" He turned on his heel and lumbered down the hall, stifling a yawn as he descended the steps.

"Be careful," Marcy whispered from the top of the stairs, looking more like a little girl than a mother of six. Her golden hair spilled down the front of her flannel nightgown as she stood, barefoot and shivering. He waved her back and moved into the parlor, noting that Blarney wasn't curled up on his usual spot in the foyer.

Patrick stopped. Was that a noise? A chair scraping? He tightened his hold on the iron while the hairs bristled on the back of his neck. He spied the shaft of light seeping through the bottom of the kitchen door and sucked in a deep breath. Heart pounding in his chest, he tiptoed to the swinging door and pushed just enough to peek inside.

A husky laugh bubbled in his throat. He heaved the door wide, pinning it open with the iron. "I trust this means you've made up your mind?"

"Father!" Faith jerked out of Collin's embrace while Blarney darted to the door and speared a wet nose into Patrick's free hand. His daughter faltered back several steps and pressed a palm to her cheek. Her face was as crimson as the bowl of cranberries on the table. "I ... Iwas just giving Collin Thanksgiving leftovers."

Patrick smiled. "Yes, I can see ... starting with dessert, were you?"

"Patrick, who is it?" Marcy's frantic whisper carried from the top of the stairs and he grinned, turning to call over his shoulder. "It's Faith, Marcy, getting a bite to eat. Go back to bed. I'll be right up."

Collin took a step forward. His face was ruddy with embarrassment despite the grin on his lips. "Mr. O'Connor, I can't tell you how happy I am to see you again. When I'd heard you were killed in the war ..." His voice broke and he quickly cleared it, his eyes moist. He straightened his shoulders. "Well, when my mother told me you were alive, I hitched a ride any way I could just to get here from New York." He took another step and held out his hand. "Sir, despite the fact that you could take me to task for kissing your daughter, I thank God you're alive."