Read A Play of Isaac Online

A Play of Isaac 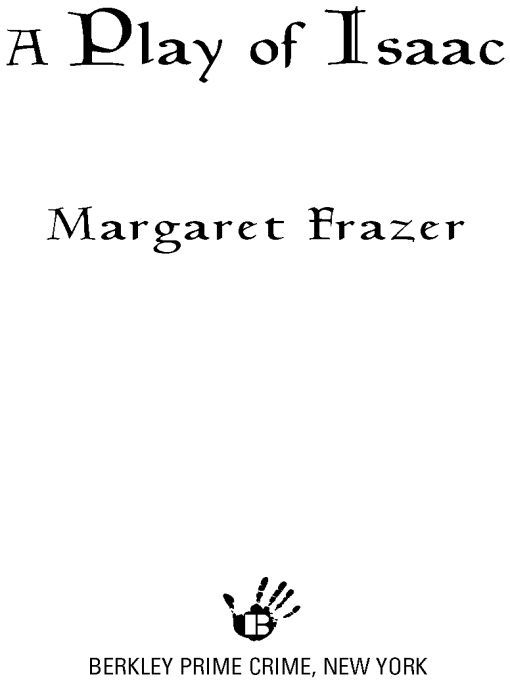 The Bastard’s Tale
Dame Frevisse is drawn into the world of political intrigue . . .
“Anyone who values high historical drama will feel amply rewarded by Edgar-nominee Frazer’s latest Dame Frevisse mystery . . . Of note is the poignant and amusing relationship between Joliffe and Dame Frevisse. History fans will relish every minute they spend with the characters in this powerfully created medieval world. Prose that at times verges on the poetic.”—
Publishers Weekly
“Frazer executes her exercise—inserting Frevisse into a dramatic episode in 15th-century history—with audacity and ingenuity.”—
Kirkus Reviews
The Clerk’s Tale
Dame Frevisse must find justice for the murder of an unjust man . . .
“As usual, Frazer vividly recreates the medieval world through meticulous historical detail [and] remarkable scholarship. . . .History aficionados will delight and fans will rejoice that the devout yet human Dame Frevisse is back . . . a dramatic and surprising conclusion.”—
Publishers Weekly
The Novice’s Tale
Among the nuns at St. Frideswides’s were piety, peace, and a little vial of poison . . .
“Frazer uses her extensive knowledge of the period to create an unusual plot . . . appealing characters and crisp writing.”
—
Los Angeles Times
The Servant’s Tale
A troupe of actors at a nunnery is a harbinger of merriment—or murder . . .
“A good mystery . . . excellently drawn . . . very authentic . . . the essence of a truly historical story is that the people should feel and believe according to their times. Margaret Frazer has accomplished this extraordinarily well.”—Anne Perry
The Outlaw’s Tale
Dame Frevisse meets a long-lost blood relative —but the blood may be on his hands . . .
“A tale well told, filled with intrigue and spiced with romance and rogues.”—
School Library Journal
The Bishop’s Tale
The murder of a mourner means another funeral, and possibly more . . .
“Some truly shocking scenes and psychological twists.”
—
Mystery Loves Company
The Boy’s Tale
Two young boys seek refuge at St. Frideswide’s —but there is no sanctuary from murder . . .
“This fast-paced historical mystery comes complete with a surprise ending—one that will hopefully lead to another ‘Tale’ of mystery and intrigue.”—
Affaire de Coeur
The Murderer’s Tale
Dame Frevisse’s respite at Minster Lovell turns deadly when murder drops in . . .
“The period detail is lavish, and the characters are full-blooded.” —
Minneapolis Star Tribune
The Prioress’ Tale
When the prioress lets her family stay at St. Frideswide’s, the consequences are deadly . . .
“Will delight history buffs and mystery fans alike.”
—Murder Ink
The Maiden’s Tale
In London for a visit, Frevisse finds that her wealthy cousin may have a deadly secret . . .
“Great fun for all lovers of history with their mystery.”
—Minneapolis Star Tribune
The Reeve’s Tale
Acting as village steward, Frevisse must tend to the sick —and track down a killer . . .
“A brilliantly realized vision of a typical medieval English village . . . Suspenseful from start to surprising conclusion . . . another gem.”
—Publishers Weekly
(starred review)
The Squire’s Tale
Dame Frevisse learns that even love can spawn anger, greed, and murder . . .
“Written with the graceful rhythms that have garnered her two Edgar nominations . . . [Frazer] transports the reader to a medieval England made vivid and a world of emotions as familiar then as now.”
—Publishers Weekly
(starred review)
“Meticulous detail that speaks of trustworthy scholarship and a sympathetic imagination.”
—The New York Times
“As exquisitely woven as a medieval tapestry . . . dazzling.”
—The Cleveland Plain Dealer
Berkley Prime Crime Books by Margaret Frazer
THE NOVICE’S TALE
THE SERVANT’S TALE
THE OUTLAW’S TALE
THE BISHOP’S TALE
THE BOY’S TALE
THE MURDERER’S TALE
THE PRIORESS’ TALE
THE MAIDEN’S TALE
THE REEVE’S TALE
THE SQUIRE’S TALE
THE CLERK’S TALE
THE BASTARD’S TALE
THE HUNTER’S TALE
A PLAY OF ISAAC 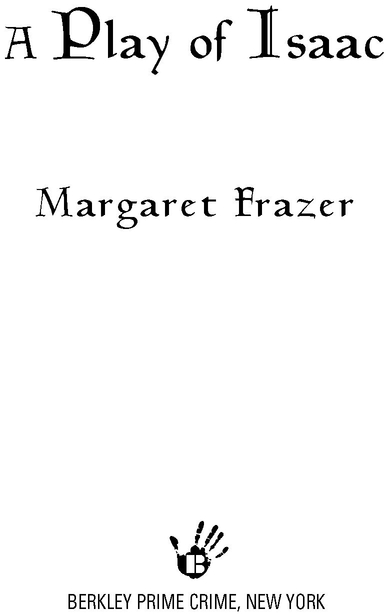 Christian Mingle by Louisa Bacio
Army of Evil: A History of the SS by Adrian Weale
Cautious by Nelson, Elizabeth
The Iron Witch by Karen Mahoney
Home with My Sisters by Mary Carter
Calico by Raine Cantrell
Lily’s War by June Francis
The Reluctant Cowgirl by Christine Lynxwiler
Peaceable Kingdom (mobi) by Jack Ketchum
The Tudor Bride by Joanna Hickson