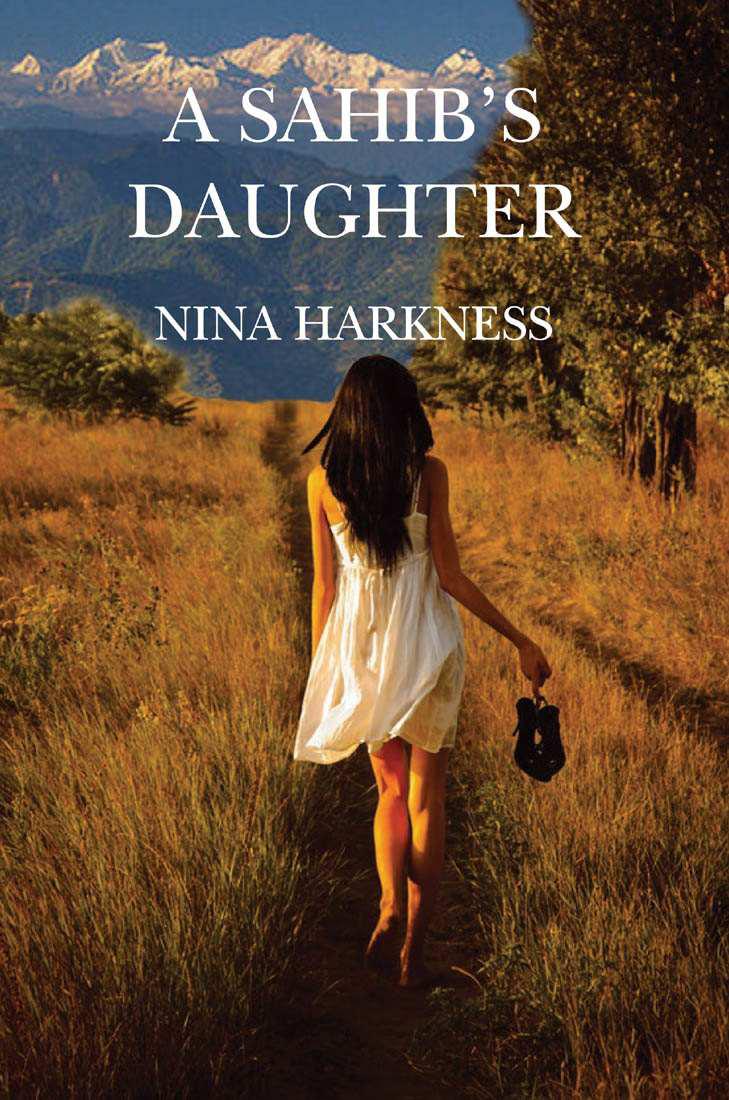 All rights reserved. No part of this publication may be reproduced, stored or introduced into a retrieval system, or transmitted, in any form, or by any means (electronic, mechanical, photocopying, recording or otherwise) without the prior written permission of the copyright owner of this book.
This is a work of fiction. Names, characters and incidents are the product of the author’s imagination or are used fictitiously. The scanning, uploading, and distribution of this book to the Internet or via any other means without the permission of the publisher is illegal and punishable by law.

Published in the United States
By Tollymore Publishing

In loving memory of my father,
Ashwani Wason

She had been warned but hadn’t listened. There was no denying it. Prava had known deep down that he was not to be trusted. But she went ahead just the same, giving rein to her desires in a way she never had with Prem, seizing an opportunity that she knew would never again present itself and indulging a passion that was as wild as it was short-lived.

Prem had been utterly devastated and disbelieving, though remaining her staunchest ally until her swelling belly made it impossible for him to deny. Assuming Prava belonged to him, he’d held back all those years, respecting her far too much to degrade her with his lust, holding her, kissing her and containing his desire till he thought he would explode.

Now she’d slept with another man, making it apparent that she hadn’t felt the same passion for him. He found he could say nothing, he simply could not speak. He just left town with his hurt and his love coiled up inside his heart. She must not have wanted him, and the betrayal made a mockery of his loyalty and his abstinence. All he could do was take himself away from her, though there was no escaping that hollow feeling in the pit of his stomach that would sneak up on him insidiously, when least expected, a pain that would grip his entrails. He learned to evade the attacks by filling up every moment of his time. He started a tire business just as automobiles were becoming popular. He made a name for himself and became a philanthropist who supported worthwhile causes.

What he didn’t know and had no means of finding out was that Prava missed him desperately and experienced the same kind of pain in her stomach, a pain that had nothing to do with the child inside her. The Sikkimese community frowned on her indiscretion even more than her family did. It was whispered that she had slept with a Bihari. Some said it was a Bengali, a plains person with dark skin. But when Ramona was born, she had a milky complexion and almond eyes just like any other Sikkimese girl’s. In fact, she was a beautiful child who matured into a woman of striking appearance with clearly defined features and black hair that swung over her shoulders.

The family rallied and supported Prava in whatever way they were able. When Ramona was ready for school, Prava took her to Kalimpong where nobody knew them. She made it known that Ramona’s father had died in a car accident when she was a baby. Ramona attended St. Bernard’s Homes, an orphanage and school known for its high quality of education, run by Welsh missionaries. She learned to speak impeccable English, with encouragement from Prava who wanted her daughter to become a school teacher.

Prava worked in a curio shop frequented by tourists visiting the picturesque Himalayan town. After Ramona graduated from school, she went to teachers training college and was offered a job in Darjeeling at St. Jude’s, a co-ed boarding school on the outskirts of town. They packed their bags again and moved to Darjeeling where they rented a cottage on a hillside beneath the Mall.

St. Jude’s was an impressive school built on extensive grounds. Constructed of gray stone, its turrets, arches, gothic balconies and cloisters reminded Ramona of the medieval castles she’d read about in books. It faced the snow-capped Kanchenjunga Mountains that captured hues of pink, purple and orange at sunrise and sunset. Its students and teachers were an international mixture of nationalities from America, Australia, New Zealand and England.

On the first day of school, the teachers were required to attend a meeting in the dining room. There was a sumptuous tea of butterfly cupcakes, sugar frosted cookies and chicken sandwiches.

“I’m going to get fat working here,” whispered Ramona to Sandra Williams, an Anglo-Indian teacher who had grown up in the school. Her mother, Cheryl Williams, was the senior girls’ matron.

Sandra giggled. “Impossible! You have a lovely figure. You could never get fat.” She looked enviously at Ramona’s trim form in her faded blue dress. A male staff member joined them, his plate laden with food. He was stocky with smiling eyes and wore mustard-colored trousers, a brown shirt and a loud green tie.

“Hey, ladies,” he spoke with a British accent, “I’m Reverend Bob Jameson. I’m very happy to meet you. And you are?”

“Well, I would sure like to get to know you ladies better.” He turned to address Ramona. “Maybe we could go into town sometime and catch a movie?”

“Yes, maybe,” said Ramona. “That would be lovely. Could you please excuse me for a second? I need to speak to the principal.”

Later on, she said to Sandra, the only other woman who seemed to be her age, “I don’t find these foreign men attractive at all! Do you?”

Sandra giggled and blushed, “I don’t know. Not him, anyway. But he certainly seems to like you.”

Bob Jameson and every man in the room! Ramona’s hair hung sleek and glossy down her back. Her arched eyebrows framed delicate slanting eyes. Her unassuming air of confidence added to her appeal, with all her emotions transparent and clearly expressed.

Most of the teachers lived in the school, had round-the-clock responsibilities and were devoted to the children in their care. There were missionaries intent on saving souls, women whose hearts had been broken, spinsters incapable of, or not interested in, finding husbands, or widows with nowhere else to go. The school took them all in, giving them jobs where they were respected and appreciated and a place where they felt they belonged.

Ramona didn’t yet know what she wanted out of life. As the school term progressed, she felt she had too much happening in her personal life to devote all her energy to activities and students the way the other teachers did. She was glad she lived in town and had a place to escape.

Their new home was a stone cottage down a winding laneway so close to the Mall that they could hear the clip clop of the ponies ridden by tourists and school children. A mossy wall ran across the front of the compound, which was entered through a narrow gate kept fastened with a twist of wire. Sweet honeysuckle curled over the gray stone, trailing golden fingers to the pathway below. Wild roses climbed and tumbled over themselves in fragrant disarray, crawling up the cottage’s walls and smothering its gable windows. An aged pomegranate tree had woven its knotty branches into the verandah railings as though wishing to enter the house. Its fruit would drop and split open, the red, seedy juices spilling out like gaping wounds.

The cottage had its own unique scent, a combination of mansion floor polish and pine logs. In the wood floored kitchen were a small cooking stove and an open-shelved dresser stacked with dishes, pots and pans. The drawing room was furnished with green wicker chairs with faded embroidered pillows and a bookshelf that housed Prava’s collection of women’s magazines that went back ten years or more, “Woman,” “Woman’s Own” and “Homes & Gardens,” each magazine reflecting the fashion and trends of its’ time. A creaky staircase led to the two bedrooms, each furnished with two narrow wooden beds, a chest of drawers and ancient mirrors.

Prava settled happily into their new life. Her small inheritance and savings, combined with Ramona’s salary meant that she didn’t have to work any longer. Sometimes, Ramona didn’t think this was necessarily a good thing. Prava now had too much time on her hands. She sat on the verandah most of the day, shelling peas, knitting or sipping cups of tea in the sunshine. She quickly made friends with the neighbors and kept a vigilant eye on all their comings and goings.

Anna and the Vampire Prince by Jeanne C. Stein
The Legend of the Rift by Peter Lerangis
Bought by the Puma (Studly Shifters Book 1) by Ashley Hunter
How Should a Person Be? by Sheila Heti
Agent Counter-Agent by Nick Carter
Captivated by Leen Elle
A Country Miss in Hanover Square by Anne Herries
Summer of Supernovas by Darcy Woods
Wait Until Dark by Karen Robards, Andrea Kane, Linda Anderson, Mariah Stewart
Get It Done When You're Depressed by Julie A. Fast