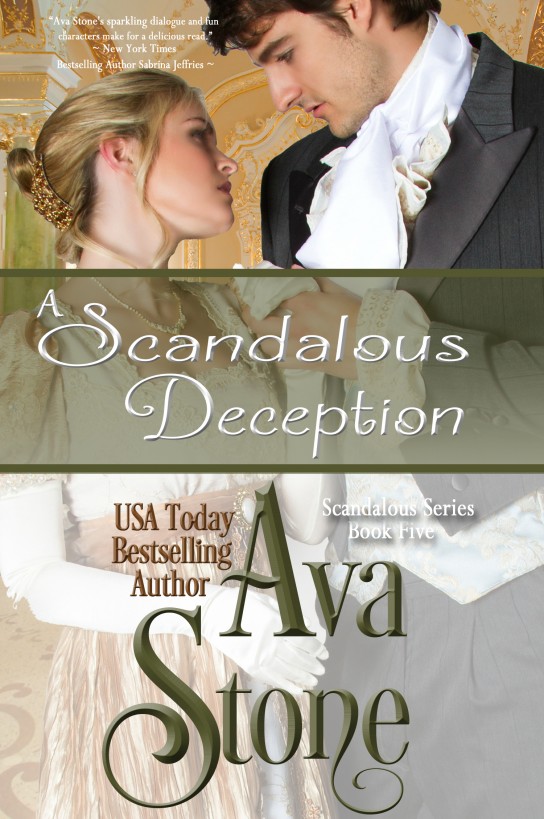 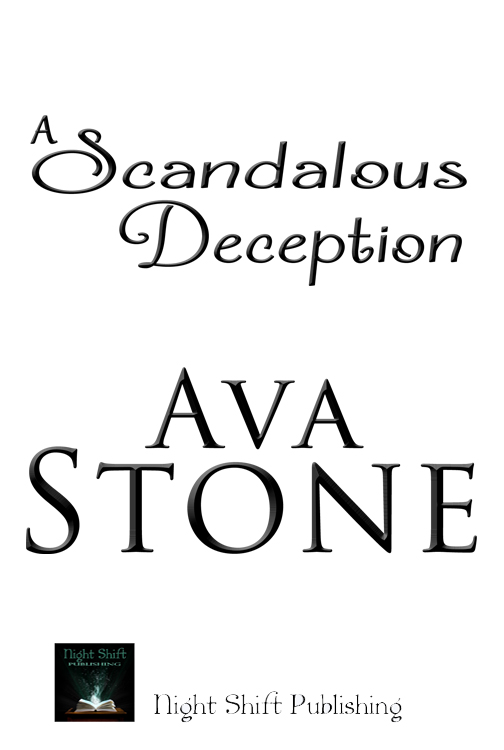 The characters and events portrayed in this book are
fictitious. Any similarity to real persons, living or dead, is
purely coincidental and not intended by the author.

All rights reserved. No part of this book may
be reproduced in any form by any electronic or mechanical
means—except in the case of brief quotations embodied in critical
articles or reviews—without written permission.

This ebook is licensed for your personal
enjoyment only. This ebook may not be re-sold or given away to
other people. If you would like to share this book with another
person, please purchase an additional copy for each recipient. If
you’re reading this book and did not purchase it, or it was not
purchased for your use only, then please return to Smashwords.com
and purchase your own copy. Thank you for respecting the hard work
of the authors.

To
Catch a Captain

An Encounter With
an Adventurer

Promises Made
(Encounter With Hyde Park)

As I wrote the last words in A SCANDALOUS
DECEPTION, I realized there was quite a bit of myself in Lady
Felicity Pierce. And while that is often true for any number of
characters any author may write over his/her lifetime, Lissy is
very close to my soul, and a number of her thoughts were certainly
things I have though myself over the years. But while Lissy had to
go most of her journey alone, I am very fortunate to have had each
of you help me along my path when it got dark and I wasn’t sure
what to do. Thank you for being there for me through the years. I
love each of you and am so grateful to have had you in my life.

Lady Felicity Pierce could not quite believe
her eyes. Was that Phineas Granard?
Viscount Carraway
? At an
actual ball? Heavens, was someone blackmailing Fin, or was there a
dueling pistol to his back? He certainly wouldn’t be here of his
own volition, that was for sure. The overly serious viscount hadn’t
been remotely social in years, despite Lissy’s best prodding that
he stop sulking and get on with his life.

Fin started across the ballroom and greeted
Lord Liverpool with an outstretched hand. Ah, that explained
everything. Fin wasn’t being blackmailed, and he hadn’t suddenly
become social. He was doing what he always did - politicking.

“The dolt is more starched than his cravat,”
came a deep voice from behind her.

Lissy glanced over her shoulder to find the
decidedly despicable Marquess of Haversham standing just a few feet
away. Handsome devil that he was, the marquess’ light blue eyes
twinkled as he cast her a smug expression, one that a more foolish
girl might have found charming. But Lissy had endured more than her
share of that sort of man to last her a lifetime, so Haversham’s
attention was completely wasted on her.

She gave the marquess the back of her head,
but said loud enough for him to hear, “I’m entirely certain Lady
Astwick didn’t invite
you
, my lord.”

Lord Haversham chuckled, moving closer to
Lissy, so close the scent of his citric shaving lotion invaded her
senses. “She never does,” he agreed.

“An intelligent man might make something of
that. His continual lack of invite, that is.” And yet the scoundrel
attended every last event the dowager Marchioness of Astwick hosted
anyway, as though daring the old dragon to personally drag him,
kicking and screaming all the way to her front stoop.

Haversham laughed once more. “You are more
direct than most chits your age. Do you know that?”

“My widowhood allows for a certain
directness.”

“Among other things,” he added silkily. “But
I imagine your directness stems more from being one of Prestwick’s
daughters. Not certain you’re quite as direct as Lady Juliet, but
she does possess a fortune you do not, doesn’t she?”

Lissy didn’t need her sister’s fortune. Fin
had made certain her allowance from Prestwick’s holdings was more
than generous. She glanced back at the staid viscount across the
ballroom. He
was
starched. Haversham was right about that.
And while she had accused Fin of that very thing herself more than
once over the years, she hated hearing the disreputable Haversham
voice the same criticism.

She tilted her head to the side in order to
better see the marquess. “Shouldn’t you be off chasing after Lady
Staveley’s skirts?” The lady in question wouldn’t have a thing to
do with him, but at least it would get the rogue away from
Lissy.

Haversham’s rakish grin spread wider. “I have
no need to chase
anyone’
s skirts, I’ll have you know.”

No, he probably didn’t. The man was more than
handsome with his dark hair and light, piercing eyes. He exuded
masculinity and raw sexuality. Despite his fascination with Lady
Staveley – a most happily married woman who was quite devoted to
her husband - Haversham most likely had a throng of widows and
unhappily married women lining up for a turn in his bed.
Widows.

Lissy narrowed her eyes on the libertine. Her
widowhood
did allow for a certain directness. However, it
also had been the source for more than one inappropriate suggestion
to her over the years. “I am so happy to hear that, my lord.
Perhaps you can go entertain one of your many paramours then and
leave me to myself.”

“And here I’m trying so hard not to be.”

“A word of advice?” His light eyes twinkled
once again.

“Could I possibly stop you?” she
countered.

“If you smile a bit more, Carraway might
actually notice you.”

Lissy’s mouth fell open. Did he think she
wanted
Fin
’s attention? Fin was like family. He
was
,
in fact, her half-brother’s uncle. He
had
, in fact, almost
married Lissy’s oldest sister before her untimely death. He would
have been her brother otherwise. He
was
nearly like her
brother as it was, for heaven’s sake. A rigid, humorless brother
who liked to tell her what to do, but a brother just the same.

“I doubt it would take much encouragement.
You are supremely more beddable than Liverpool, after all.”

What a perfectly ridiculous thing to say.
“Well, I am so relieved to hear it as I’d considered Lord Liverpool
my main competition on the marriage mart this year.”

Haversham laughed once more, a sound Lissy
was quickly coming to despise. “Something tells me the last thing
you’re looking for is another husband.”

For a moment, Lissy’s heart stopped, and a
dreadful chill washed over her. At her tender age, everyone assumed
she wanted to marry again, to have a second chance at a happily
ever after, but even if that was a possibility, she would never
willingly go through such an experience ever again. But how in the
world did Haversham know that? Was she so very transparent to
everyone or just to him?

“That is, I’d wager you’re as anxious to find
another husband as I am to find another wife.”

“Your own wife or someone else’s?” she
asked.

“Touché.” His eyes danced with mirth, then he
sobered a bit, cocking his head toward the dance floor. “One of
your suitors, I’m sure.”

Underneath It All by Scheri Cunningham
Secretly Yours: A Christian Valentine's Day Romance (Riverbend Romance Novella Book 1) by Valerie Comer
Luxe Glamour (The Glamour Series Book 5) by Maggie Marr
Wilde Rapture by Taige Crenshaw
Sword of the Gods: The Chosen One by Erishkigal, Anna
Trouble at the Red Pueblo by Liz Adair
Banshee Hunt by Curtis, Greg
Chicken Soup for Every Mom's Soul by Jack Canfield
Dead of Winter by Lee Collins
The Summer That Melted Everything by Tiffany McDaniel