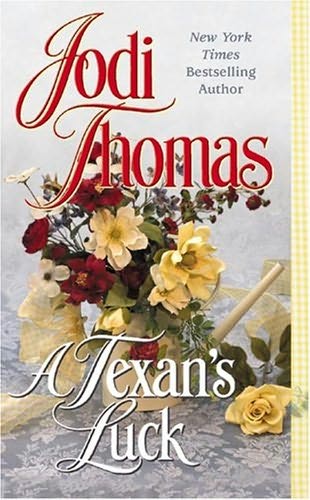 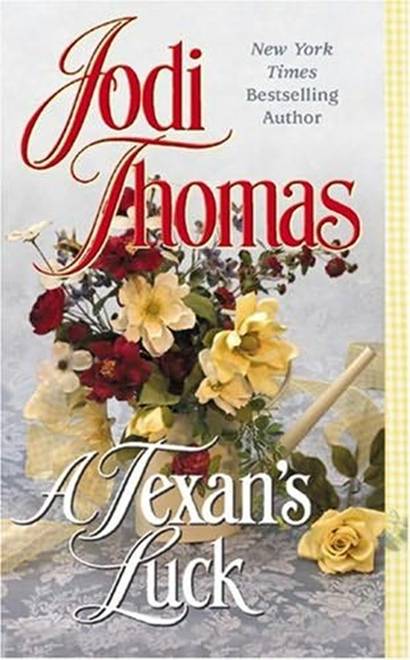 Captain Walker Larson gritted his teeth as
Sergeant Peterson ushered in another of the prostitutes who came to complain about the evacuation order. As usual, the tall, lanky sergeant grinned at the woman as if he were guiding her into the front pew on Sunday morning.

They had a matter of hours to clear the little town before an all-out range war started, and the sergeant acted like the army was there to serve tea. Cowhands from the warring ranches were already swallowing down courage at saloons. By nightfall they would be itching to fight, and nothing Walker and his handful of men could do would stop them.

Walker frowned at the paperwork stacked on his desk. Since he moved into the abandoned sheriff's quarters, he'd seen nothing but trouble walk through the door. Why couldn't these women understand that all hell was about to break loose? They'd be better off to collect their belongings and go like most of the civilians. Trouble twisted in the streets, a building tornado, but these ladies of the night didn't seem to hear the wind.

"Captain, this one insists on seeing you right away." Peterson removed his hat and pointed her toward the only chair in the room other than the one Walker sat in behind his desk. "Says it's real important that she talk to you, sir."

Walker cleared his throat as he prepared to say what he'd said to every one of the soiled doves who had come to complain. The army had a responsibility to protect them, whether they wanted help or not. With a range war threatening, what little peace this town knew was gone. Every man seemed to have chosen a side, and it was only a matter of time before someone started the fight. No one would be safe, and the saloons, where these women roamed, were waiting powder casks.

This one was a beauty, though. Rich, walnut-colored hair he wouldn't mind folding inside his grip. And young. Far too young, Walker decided, to be in such a business. But he guessed the ones who managed to hang on to their youthful looks could demand higher prices.

She appeared wearier than the rest, as if she'd traveled a long distance. Her dusty red coat was well made but did little to hide her wares beneath. He didn't miss the fullness of her breasts or the way her jacket pulled in sharply along the waist. She had a pride about her he found even more fascinating than her beauty.

He forgot his standard speech as he raised his gaze and stared into eyes the warm brown of polished leather. She was the first woman in a long time who tempted him to visit the backstreets.

"There are no exceptions, miss. We have to evacuate you with the rest of the ladies." He felt sorry for her. She looked frightened and a little lost, as if her world were about to end. She was a master at playing the innocent, for she almost made him believe it.

"I'm not with the others," she said in little more than a whisper. "I came to see you."

He waited, wondering what she'd offer to be allowed to stay behind. Whatever it was, no matter how tempting, it wouldn't be enough for him to bend the rules. He hadn't made it to captain at twenty-five by bending.

She looked up at him with those beautiful eyes again. "The sergeant said your name was Larson … Frank Larson, sir."

"That's right." He nodded, finding himself wishing she had come to see him about something else. Frank was his first name, but no one but his father had ever called him that. His mother had liked her family name, Walker, best. "I'm Captain Larson," he stated, reminding her this was not a social call.

He couldn't tell if she were relieved by the information, or more frightened for some reason. He half expected her to bolt and run by the way she clung to the strings of her tattered handbag.

"And you are?" He really didn't have time to mess with learning her name, but he asked just the same.

Walker smiled and stood. He had no idea what kind of game she was playing, but Larson was a common name. She might be married to a man who had the same name as him. That wouldn't change a thing. His job was to try to save lives. The only way he could do that was to get her and all other women and children out of town. Except for a few widows and these prostitutes, most of the women had menfolk to look after them.

"Nice to meet you, Mrs. Larson. Where might your husband be?'" He tried to keep his words formal as he moved around the corner of the desk. Perhaps he'd been wrong about her occupation. Maybe she was a shopkeeper's wife or a rancher's daughter who'd been separated from her family. Maybe her husband was as young as she and had joined in the fight without helping her leave town first.

Her eyebrows shot up in shock. "Why, right before me, sir."

The words hit Walker like a powerful blow to his gut. He didn't move. The tiny possibility that she spoke the truth seeped through a crack in the wall he'd spent years building around himself.

She twisted the cord of her bag about her fingers that appeared to be stained with ink.

He'd seen those kinds of stains on his father's hands many times … printer's ink. The clock on his cluttered desk ticked away seconds as though they both had all the time in the world.

Her unsettling gaze watched him closely. "You are in the room, sir. I'm Lacy Larson, your wife."

Sergeant Peterson opened the door suddenly, following his words into the room. "Last stage will be leaving in ten minutes, Captain." Peterson had acted as doorman for the captain for two years. He jerked back a step, well aware that he'd interrupted something, even though Walker hadn't said, a word. "Begging your pardon, sir."

"Hold the stage," Walker said without taking his gaze off of Lacy. "I need a few minutes with this lady."

"I don't know if I can," the sergeant mumbled. "That driver is in a powerful hurry, and don't look like he cares much what the army has to say."

Walker's cold stare shifted to Peterson. "Hold it at gunpoint if you have to, but that stage doesn't leave until this woman is on it!"

Peterson nodded and backed out of the room, closing the door behind him.

Walker turned his full attention to Lacy Larson. "You are the woman my father bailed out of jail and married me to by proxy three years ago." He found it hard to believe. She must have been little more than a child at the time.

His words hadn't been a question, but she nodded in answer anyway.

"Eighteen," she answered. "How old are you?"

She watched him closely. "You seem older," she said more to herself than him. "Your father always called you his boy."

Walker walked in front of his desk, choosing his words carefully. He didn't want to frighten the lady further, but she had become far more than his responsibility as an officer of the government.

She stared at the strings of her purse.

Walker shoved paperwork aside and leaned on his desk. He crossed his long legs as he folded his arms. He stood so close to her he could touch her if he shifted. He considered himself an honest, straightforward man, but for once, he tried to think of how to be kind. She looked so frightened. He blamed his father for this mess more than her. She'd been in jail. She'd done what she thought she must to survive. But his father had paid her bail and started this whole muddle. The old man should have stayed out of his life, as well as hers. What kind of father buys his son a wife?

"I fought," Walker began, "to get the marriage annulled when I found out what my father had done. I'm a soldier, madam, I have no need or desire for a wife. You'd be better off married to someone else."

Light from the window flickered off his polished boots. She lowered her head and seemed to be focusing on the bouncing rays. He hoped he hadn't hurt her feelings by being so direct. Surely, she couldn't think he was turning her down. After all, until a few minutes ago, he'd never seen her before. She'd probably make some farmer up near Cedar Point a great wife. She was certainly a beauty, even if she did have a questionable past.

"So we have not been legally married these past three years?" she said so softly he barely heard the words.

She raised her chocolate-colored eyes to him.

Walker almost groaned aloud. He'd guess she could get about anything in this world she wanted with those eyes, but from some other man. Not him.

"Oh, we're married, all right. Thanks to the power-of-attorney letter I left my father, the marriage is as solid as if I'd signed the paper with my own hand."

"You don't want to be married to me?" She looked like it had never crossed her mind that he wouldn't want her.

Walker flinched, hating that he was hurting her. He silently swore at his father, who was a kind man but always thought he knew what was best. "It's not that I don't want
you,
it's that I don't want a wife. Any wife. And I never will."

He walked to the long, thin window that faced the dusty main street of this little town whose name he had trouble remembering. Since he had left home, his life had been a string of battles. Walker didn't want to even think about what his life might have been like if he hadn't run away from home at seventeen and kept running. He never told his father why he'd left, and he didn't plan to tell this woman who thought she was his wife.

"How is the old man?" Walker asked, realizing he hadn't heard from his father in months.

Taxi to Paris by Ruth Gogoll
Up to No Good by Carl Weber
The Last Timekeepers and the Arch of Atlantis by Sharon Ledwith
Girl Unmoored by Hummer, Jennifer Gooch
First Love by Ivan Turgenev
The Girl With Death Breath and Other Naughty Stories for Good Boys and Girls by Christopher Milne
Saffina's Season by Flora Dain
A Swiftly Tilting Planet by Madeleine L'Engle
Bitten: A Vampire Blood Courtesans Romance by Kim Faulks, Michelle Fox
The McClane Apocalypse Book Three by Kate Morris