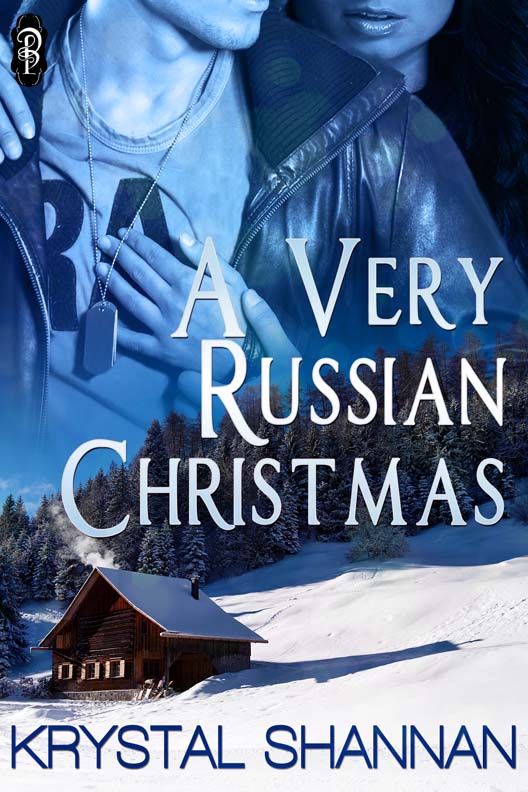 This book is a work of fiction.  Names, characters, places, and incidents are the products of the author’s imagination or used fictitiously. Any resemblance to actual events, locales or persons, living or dead, is entirely coincidental.

A Scent of Longing by Cara Bristol

Once Her Man, Always Her Man by Heather Long

Rendezvous at Midnight by Lynne Connolly

Druid, Mine by Kerry Adrienne

Ravished Before Sunrise by Lia Davis

Dead or Alive by L.J. Garland

A Marriage Made in Mayfair by Tamara Gill

The CEO and the Cowboy by Starla Kaye

No Strings Attached by Jennifer Labelle

Dare Me by Jennifer Probst

Escape to Me by Diane Alberts

High Above by Mari Freeman

To my fabulous husband who tells me every day how proud he is of me.

Ksenia Sharanov groaned and rolled over on the downy comforter covering the huge king-sized bed in her room. Last night had turned into a lopsided game of “I’ve never.”
Stupid game
. Her college roommates, Kate, Maria, and Patti had quickly figured out she’d
never
done a lot of things and turned the game on her. Morning was not a close friend, and a pounding headache was helping her greet the rising sun.

Usually, she spent her whole winter break with her dad, but he’d had some last minute business to deal with. No need to ask what
business
dared interrupt their winter holiday. The daughter of a Russian mobster just nodded and moved on with life. He would finish his business today, meet her at LAX, and together they would travel to Russia and meet her grandmother for Christmas.

Top of her class in computer science and engineering at NYU, she kept as much distance as possible between herself and Papa’s business. Even so, he’d assigned a trusted friend, Yuri Borodin, as a permanent bodyguard. Yuri wasn’t so bad though. He gave her space when needed, and she’d barely noticed him around the lodge. Her roommates didn’t seem to care either. He was her driver as well as her bodyguard, making him a very familiar face.

She sat up, stretching her arms above her head until the joints popped. She slid out of bed, walked to the window, and pulled back the curtains. The snow-covered mountains around the Denver ski lodge were breathtaking. The morning sun reflected through the fluffy white clouds, creating long rays of light.

A knock made her turn.

“Coming.” She left the scenic view to open her bedroom door.

Patti strolled into the suite—petite, blonde, and a live-wire business marketing major.

Ksenia laughed. “Why are you so perky? You know we have to leave today.”

“I know.” Patti waved a dismissive hand. “That cute banker, Bryan, who flirted with me all week asked for my number this morning.” High-pitched squealing commenced. Ksenia loved her friend to death, but the girl had a voice like a strangled toy poodle when excited.

“You’ve already been downstairs?” She yawned.

“I wanted to see Bryan one last time before we left. We ate breakfast together. You know, if you don’t hurry you will miss yours. It’s ten o’clock already…. When is the limo picking us up for the airport?”

Patti giggled and sat down on the edge of the bed. “Have you packed your suitcase?”

Ksenia crawled up to lean against the headboard. “I did it last night.”

“Well, you are the only one. Kate and Maria are packing now. I guess I better go put my stuff together as well.”

“I’m going to get dressed and then meet you three in the dining hall. I have to get some coffee before we leave. Yuri said he would have the limo ready at eleven.”

Patti jumped to her feet. “I better hurry. See you in a few.”

She sighed, sliding down onto the cream-colored comforter. Grabbing a pillow, she covered her face.
I want to sleep more
.

“No, go away,” she growled from beneath the comforter and pillow. The pounding continued. Annoyed, she stalked over to the door, and swung it open.

Maria Villanova stood in the hallway, dressed to the nines, suitcase at her feet, and a large cup of coffee in one hand. She was roommate number two—pre-law and always ready to make an impression.

“You are my favorite.” She smiled and reached for the cup.

Maria pulled it back, shaking her head. “Oh no,
mami
, not ’til you get your little butt dressed.”

Her roommate reluctantly handed her the cup and followed her into the hotel room. Ksenia gave a satisfied moan of appreciation.

“You’re welcome.” Maria’s smug look of victory made her crack another smile. “Where’re your clothes,
chica
? The closet is empty.”

“Well.” She gave her a sideways glance. “You can’t wear your pajamas to the airport.”

Ksenia stuck out her tongue and then took another sip. Just the right amount of cream and sugar. “I have a set of clothes laid out in the bathroom to change into.”

“What you going to do with this ensemble?” Maria waved a bracelet-encased arm toward her flannel pants and hoodie.

“I’m going to stuff them in my carry-on.”

Maria took the coffee back. “Go. Get. Dressed.”

“I’m going.” She threw up her hands in mock surrender, sidling off toward the bathroom to strip out of her sleepwear. Her roommate put the cup on the dresser.
At least she’s not drinking it
.

“You have five minutes, Sen. Yuri is ready with the car. He said something about the weather being bad and wanting to get going early.”

Ksenia pulled on black skinny jeans and a soft, baby blue cashmere sweater. After running a brush through shoulder-length brown hair, she stuffed everything into her carry-on bag and emerged from the bathroom.

“You’re not going to wear make-up or jewelry or anything?”

“I’m not going to meet anyone on the plane. It’s a private jet. I’m going to sleep.”

“You never know. You should try harder. I’m always telling you this. Why don’t you listen? You might meet someone at the airport or in the lobby downstairs.”

“Not interested.” She stared at the small, mouthy Latina. “Let’s go.”

“Is Kate ready, too?” Ksenia asked as they headed down the hallway to the elevator. She grimaced under the bright ceiling lights. Her head felt as though she had bashed it through a brick wall.

“
Sí
, she is already in the lobby with Yuri and Patti.”

She nodded and took another sip. Her body came alive as the caffeine seeped slowly into every cell.
Why don’t these girls feel like crap, too
?
I’m such a lightweight
.

A high-pitched ring signaled the arrival of the elevator. Moments later, the doors opened and they stepped inside. They rode in silence to the lobby where they took only a few steps before her bodyguard appeared to relieve them of their luggage.

“The other girls are in the dining hall. You might want to grab something for the drive.”

She smiled at him. He took such good care of her. Her father had chosen well. Instead of assigning her one of his many military grunts, he’d hand picked him from his own personal guard.

Yuri was like an American grizzly bear—big, strong, hairy, and deadly. His full beard made his six-foot, five-inch frame even more imposing. In spite of his intimidating appearance, he had a sweet, even-tempered personality, and she had grown very attached to him.

She followed her friend into the dining hall and grabbed an apple from a basket on the table, slipping it into her purse for later.
Caffeine is more important right now
.

Kate and Patti hopped up from a small table in the corner. “Maria,” Patti started, “our flight got delayed. We are going to stay here a few more hours and catch a cab to the airport later this afternoon. Weather pushed our flight back to 4:00 p.m. The front desk said we are welcome to stay and relax in the common areas.”

“That sucks. Now we can’t ride with you. I was looking forward to another ride in your limo,
chica
.”

Ksenia shook her head. “There will be other chances.”

Yuri waved from the entry.

“I’ve got to go, girls. It was fun, except for maybe last night.”

“Ha!” Kate laughed. “Girl, now we just know we have to take you out more once school’s in session.”

“Whatever. All of you have a Merry Christmas.” Ksenia hugged her three roommates before scurrying out into the cold and climbing into the waiting black limousine.

Several miles from the lodge, Yuri locked the doors of the limo. Ksenia moved to the seat against the privacy window so she could speak without raising her voice.

“Not sure, baby bear, just being cautious. The SUV behind us has been following since the lodge.”

“They could be headed to the airport, too.”

“No, I already took a detour, and they followed us instead of staying on the main road.”

He sighed. “I hope so, but I should probably call your father anyway.” He leaned to the right.

Ksenia glanced to her left and shrieked for him to watch out. A huge white pickup truck barreled from a side road straight into the driver’s side door. She was thrown against an airbag on the opposite wall of the limo and thudded to the floor. Her head swam and black spots clouded her eyesight.

She pulled herself up onto the seat and tried to focus. Her vision was blurry, but she could tell Yuri was unconscious. Blood trickled from his ear and a gash on his head. She pressed two fingers to his neck and found a strong pulse.
Thank God
. With concentrated effort, she slid her torso through the privacy window. His phone lay on the floorboard. One button. She only needed to push one button to speed dial her father.

As she reached for the cell phone, the rear passenger window broke, and the door opened. Ksenia scrambled forward faster, but her foot caught in the seat belt.

“
Suka
! Come here.” A rough hand seized her feet and dragged her backward. She tried to grab the steering wheel, but he was too fast, and her fingers barely grazed it.

“No! No! No!” She clawed at the man’s hand as he hauled her across the limo floor. Her fingernails scraped across his skin and drew several lines of blood. She received a stinging slap to her face for the effort.

“Stop it, Ksenia.” His voice trailed across her body like oil, registering multiple alarms in her mind.

“My father will kill you.” She spat in his face, not willing to come off soft in his eyes. The burn of his slap still warmed her cheek, but it didn’t stop her from kicking the asshole in the chest.

El señor de la guerra de Marte by Edgar Rice Burroughs
He Loves Me Not: Lily’s Story, Book 1 by Christine Kersey
Chourmo by Jean-Claude Izzo, Howard Curtis
Vampalicious! by Sienna Mercer
THE INVASION OF GAUL by S. J. A. Turney
It's Only Temporary by Sally Warner
(1995) By Any Name by Katherine John
Spoken For by Briar, Emma
H.M.S. Surprise by Patrick O'Brian
Wishing Water by Freda Lightfoot