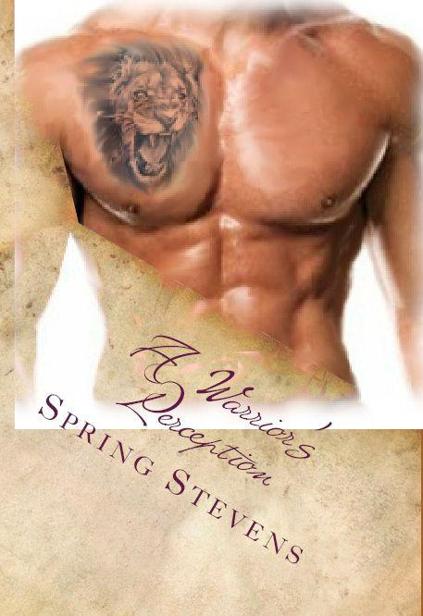 This is a work of fiction. Any names, places, or incidents are solely the author’s imagination.

This book is
dedicated to Ruby Saylor Alcorn

Thanks for being such a wonderful friend; I do not know what I would have ever done without you!

T
he sixteen-year old daughter of Sir Adalie Duncan sat on the top step of the massive alabaster staircase overlooking the gigantic ballroom of Shinonoble Keep. Her eyes were glued to the scene before her. The ladies, if that is what one could call them, were swooning and awing at the warriors that had strolled into the newly polished and gold adorned room.

Her father, Duncan the Mighty, had received the letter from the laird's scribe only two days prior, advising the Laird of Doilshire had returned from the war that plagued the highlands. Andra's heart swelled with pride, knowing her big brother Crimm was among his warriors.

Laird McKregan's reputation preceded him, a god of war, merciful to the weak, and even tales of his womanizing were scant to his powers in battle. Andra had listened intently in secret as the maids at the keep lustily talked about his six and a half foot muscled frame and his godlike features. They had said to be in his arms for naught but an hour would be a heaven sent blessing. Ell'andra Jaqualine Duncan would not have missed this for the world.

As the tall, kilt clad warriors stalked farther into the room; her eyes grew wide with fascination. They were absolutely gorgeous, every single last one of them. She gazed at the mighty warriors; taking note of their shaven beards and long hair that was neatly tied back at the nape of their necks. Each one was at least six foot tall, broad shouldered, sun kissed, and muscled from the top of their heads to the tips of thei
r red buckskinned covered toes.
Wearing kilts of red slashed with silver and long flowing cloaks that hung loosely around their bare chests and shoulders, they were a feast for the eyes.

Andra could see every chiseled inch of manly flesh from forehead to waist. Some were smooth, some were hairy, but all were walls of defined steel. They could very well have just walked away from some mighty battle with their swords hanging by their sides and bloodlust still in their eyes.

Ell'andra strained her ears as they spoke. Her father stood, his five foot eleven inch frame now seemed lacking, but his mighty stance would still put fear into the guts of his enemies. His curly red hair, now streaked with strands of silver, flamed under the chandelier's candlelight. The last twenty years had taken its
toll
but he was still a proud warrior regardless that he had become a boyar.

When he spoke all listened,
“
Welcome, welcome to Shinonoble Keep, come join us for feast and wine, let u
s celebrate yer mighty victory.”

The tallest of the warriors smiled and answered,
“
Thank ye Duncan, the men are in need of rest and food. Some entertainment would do justice to their weariness.
”
A crooked boyish smile spread across his impressive lips.

Duncan bowed slightly,
“
Then by all that is just, come and enjoy the bounty at Shinonoble Keep!
”

As if on cue, Crimm Duncan graced the room with his appearance. His fair light brown hair fanned down his shoulders, streaked with honey colored highlights. His attributes were quite different than the others warriors, but he was as equally if not more handsome. Brilliant green eyes that were shaped like almonds rested above high cheekbones and a straight narrow nose. The perfection of his nose flared when his mood was ill and his strong jaw line was set and prevailed against all odds.

He smiled at his father and grabbed a cup from the tray that a plump little maid offered to his hand. His emerald green eyes scanned the large room for signs of his little sister. He had missed her and longed for one of their heated debates. She would surely have grown several inches in the last five years and her dainty little figure would be in pre-womanhood bloom.

Andra stared at the tall, sinewy, handsome stranger. His voice was intoxicating and pounded at her chest and his hair begged her fingers to work their way down its length. He was absolutely remarkable,
downright
glorious. Her mind was slammed with childhood stories of knights in shining armor and prince charming saving the damsel in distress.

Her young heart beat wildly with excitement as she saw an equally handsome man to the tallest one's right. He was slightly shorter but he was dangerous looking and held a distinguished air about him. His thick hair was as black as night hanging down his back between his massive shoulder blades unbraided. How strange that he was the only one of the warriors who did not wear a braid or a cloak. Upon his chest lay the crest of McKregan; it was a lion, apparently lanced into his skin with red and gray dye.

His muscles rippled under bronzed skin that clearly was as bronze under his kilt as it was across his splendid chest. His features were cut from the finest canvas and sewn together by the hands of the gods themselves. His dark
eyebrow
was well defined and cradled his eyes with the exquisite hand of fierce vitality. A perfectly formed nose molded itself above a roguish smile and square jaw.

Andra took a deep ragged breath as she looked upon this perfect man, the one she knew must be the laird. H
is name spilled from her lips, “Laird Kagan Arkanine McKregan.”

He was perfect in form, in face, and even more remarkable than the men beside of him. She wanted to meet him, wanted to see what color his eyes were, wanted to know if he was indeed the warrior she had heard tales of.

Her heart stopped as she realized he would just dismiss her. She quickly looked at herself, and frowned. She thought of herself as rather homely, her sea green eyes were too big, her lips were even bigger, and she was quite plump to put it nicely.

A tear shimmered in her eye as she fancied his first response. He would give her a quick look, nod his beautiful head and forget he had ever met such a homely creature. No, fat little Andra would never do, she would have to be a real beauty to catch that man's eye.

She stood stiffly and slipped down the staircase into the shadows along the wall. She eased herself along the ballroom wall towards the balcony and slipped out of the huge double doors. Hiking up her skirts she effortlessly scaled down the wall on the vines and overgrowth. Her bare feet hit the grass with a soft thud and instantly her long gold streaked mousy brown hair trailed behind her as she fled through the moonlit garden and around the backside of the keep.

At least she could see their warhorses. They were no doubt awesome creatures and Andra loved horses better than anything in the world. In her life there was nothing quite as exceptional as a warrior’s steed! Or perhaps the warrior himself!

Unbeknown to Andra, a figure caught her delicate movement down the steps. He followed her slowly, his curiosity getting the better of him. An amused grin brandished his devilishly handsome face as he watched the girl catch up her skirts and climb down the wall, barefoot no less. He chuckled softly as her long mane blew back in her maddening race through the garden. Now, just where was the girl going at this late of an hour? Perhaps, a lover awaited her arrival.

He swung over the balcony and followed his prey with ease. He leaned on the keeps stonewall as she neared the stables. Kagan watched the girl coo and pet the warhorses. Not an easy feat to accomplish even for a man. His horses were trained to be willing only to their master.

This girl had easily won their hearts and his amazement grew as she opened the gated stall door to his own horse, Demon. Kagan edged closer fearful of his steeds instant rebuttal. He quickly rounded the corner, but sank back into the shadows at the door as Demon snorted softly and nudged her steady hand. Watching her intently, he wondered if she were mad.

Astonishment filled his brow. Now, he understood. She had no fear of the horses, no fear at all. She was a mere mouse compared to the horse but Demon pranced happily as the girl brushed his mane and whispered into his ear.

“
If men were horses, ye would surely out rank 'em all. Yer all muscle and divine strength behind that silky black hair. Oh, to ha'e yer proud, mighty, gorgeous flanks under me for just an hour, to be astride ye, dear powerful dark warrior would be more wonderful than words can express. If I mount ye, would ye tell? If I stole just a minute to explore yer long powerful legs, would ye keep it a s
ecret? A secret just 'tween us?”

Kagan's eyes widened in shock as the girl stepped up onto the wooden slates and eased herself atop Demon's back. And Demon did not protest! He nodded his head as if he understood what she wanted.

The pair eased from the stall and stepped down the stable toward Kagan. Demon sensed his master's presence and paused, looking into Kagan's eyes as if he were asking permission to let the girl ride him. Kagan rolled his eyes and threw him a
“
go ahead
”
look. Demon snorted and left the barn with his precious cargo attached firmly to his backside.

Kagan watched as the pair raced toward the sloping hillside. The girl's hands and arms were outstretched, trusting the stallion completely, trusting he would give her the ride of her life. Kagan groaned slightly and wanted to give her a ride she would never forget.