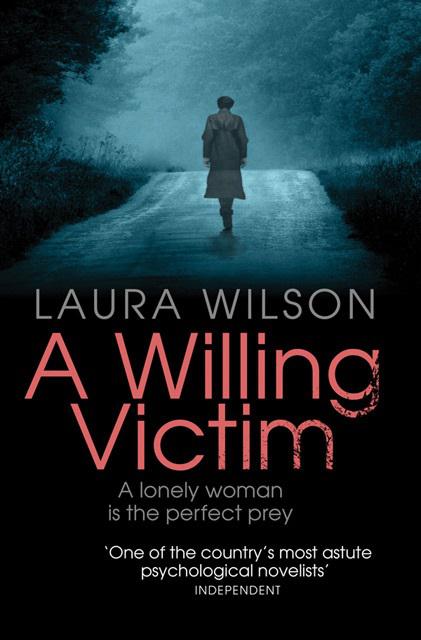 The moral right of Laura Wilson to be identified as the author of this work has been asserted in accordance with the Copyright, Designs and Patents Act, 1988.

This book is a work of fiction. Names, characters, businesses, organizations, places and events are either the product of the authors’ imagination or are used fictitiously. Any resemblance to actual persons, living or dead, events or locales is entirely coincidental.

‘Why, sometimes I’ve believed as many as six impossible things before breakfast.’

‘I beg your pardon?’ Behind him, Detective Inspector Stratton heard Feather the duty sergeant trying, unconvincingly, to turn a laugh into a cough.

‘The Interplanetary Parliament,’ Heddon repeated, apparently oblivious to the barely smothered snorts of mirth coming from behind the desk. Small, dapper and bright-eyed, he was standing in the middle of the West End Central police station entrance hall with an alert and sprightly bearing that made Stratton think of a Jack Russell standing on its hind legs. He tried vainly to suppress an image of the little chap jumping head-first through a hoop with a ruff around his neck as Heddon continued, ‘I felt it would be best to alert the proper authorities, to put things on an emergency footing – after all, we can’t be caught on the hop, can we?’

‘And this is because,’ said Stratton carefully, ‘you have received information from an alien being about a war between different planets.’

‘That’s right. The war is imminent. The being came from Venus.
His name is Master Maitreya. I was cleaning my teeth at the time. It gave me quite a turn, I can tell you.’

‘I imagine it would,’ said Stratton. ‘Was there anyone with you?’

‘I’m not sure about that, sir.’ Stratton fought back an image of a fleet of flying saucers like upside-down soup bowls with little green men peering from their portholes and wondered why on earth he was participating in such a ridiculous conversation. ‘I mean, the UN are wonderful in theory, but in practice . . . I mean, they don’t seem to be doing much good in Hungary, do they?’

‘Nevertheless,’ said Heddon, to the accompaniment of a choked-off explosion of laughter from Feather, ‘they do need to be informed. I trust,’ he added, ‘that you –
all
of you – will be treating this matter with the utmost seriousness.’

‘Good. Should I receive any more communications from Venus, I shall let you know immediately.’ Turning on his heel, the little man trotted out of the station.

Stratton stared after him. ‘I hope it keeps fine for you,’ he murmured. Turning to Feather, he added more loudly, ‘Fat lot of help you were.’

‘Sorry, sir.’ Feather, who was big, pink and jolly, sounded anything but apologetic. ‘Got a message for you from DCI Lamb. Urgent – wants you to see him as soon as possible. I’ll speak to the United Nations in the meantime, shall I? Tell them the Martians have arrived?’

‘Seriously, though.’ Feather shook his head, suddenly deflated. ‘I dunno why he bothered. Never mind the Martians – any minute
now, we’ll all be blown to buggery by a bunch of idiot politicians with H-bombs.’

DCI Lamb had softened perceptibly towards Stratton in the last few years. Stratton thought that while this may have been partially due to the fact that his superior was soon to retire and so was, to a certain extent, marking time, the change of attitude dated from three years earlier, when, as the result of an investigation in which he’d taken a hand, an innocent man had hanged. When the real criminal was caught, the case had received a great deal of bad publicity which, as the resulting judicial inquiry was deemed a whitewash, had never, entirely, gone away. Lamb had never said as much, but Stratton knew that it had shaken his superior deeply. That said, he still looked like George Formby, still had the extraordinarily irritating habit of jabbing his forefinger on the desk for emphasis, still wanted everything done five minutes ago, and his recent attempts at chumminess and jocularity were buttock-clenchingly excruciating. This time, though, the interview was brief. ‘What kept you?’

‘Chap came in to report a visitation from the planet Venus, sir. Apparently, we’re to have a war of the worlds. Took a few minutes to get rid of him.’

Lamb shook his head in bewilderment. ‘Everyone seems to think the world’s coming to an end. But at least that sort are harmless, which is’ – he glanced downwards and to the side and Stratton, following his gaze, saw that it was directed at a newspaper sticking out of the wastepaper bin – ‘more than you can say for the Soviets. Anyway,’ Lamb cleared his throat, ‘we’ve got a suspicious death in Flaxman Court. It’s a chap – described as a student, although he seems to have been a bit old for it. Found in his room. Name of Jeremy Lloyd. You and Collins—’

‘He’s still on leave, sir.’ Detective Sergeant Collins had been rushed to hospital with what turned out to be a burst appendix
three days before, and Stratton, who’d been to see him, doubted he’d be back any time soon.

‘Yes, of course. Poor chap . . .’ Lamb stared expectantly at Stratton for a moment, as if hoping he might pull a brand new DS from a pocket in the manner of a conjurer producing a rabbit from a hat, then said, ‘Well, take PC Canning with you, then. The death was reported by the landlady, a Mrs . . .’ Lamb paused to consult his notes, ‘Mrs Jean Linder. She was the one who found him. Says he looks as if he’s been stabbed, so we’d better get McNally to him before he’s moved. We’ve been onto Fingerprints, and the photographer’s on the way . . . Let’s just hope it’s not those wretched Teddy boys making their presence felt. Now that really
is
a sign that something’s wrong – they’ve no respect for anything.’

Standing on the steps of West End Central, Stratton stared upwards. Remembering what Feather had said about the H-bomb, he imagined the roiling iron-dark winter sky exploding, spread-eagled, into a mushroom cloud. He thought of the Pathé news-reels he’d seen of the tests at Bikini Atoll, suspended skeins of cloud like the skirts of a gigantic ballerina, the air all around dying in the sunless glare . . . What would be left of England then? Cockroaches and tyres?

Flaxman Court was less than five minutes away, so Stratton, accompanied by the giant and imperturbable PC Canning, went on foot through Berwick Street market where stalls were being dressed with fresh fruit and veg, treading carefully through the discarded stuff thrown on the road and turned to a slippery, multicoloured mulch by early rain.

‘DCI Lamb thinks it’s Teddy boys,’ said Stratton, as they walked past a Chinese restaurant with its window full of flat, varnished ducks and dried fish that looked like driftwood.

By and large, Stratton agreed with this. In his experience, Teddy boys didn’t do much at all except hang about outside dance halls and cinemas and sneer at people. And preen, of course – they were more conscious of their appearance than girls, although their spotty pallid faces and general air of runtish under-privilege never really seemed to match their dandified clothes. They’d had a few fights on their patch – bicycle chains as weapons, which was a new one on him – a Cypriot café owner beaten up, and a West Indian, and a couple of scuffles down near Charing Cross Road, but that was about it. ‘Could be a burglary gone wrong, though.’

‘That would just be one of them, though, or two at most. When they’re in a group they’re ready to tear the place apart, but on their own . . .’ Canning shook his head. ‘They don’t say boo to a goose, never mind murder.’

Stratton was reminded momentarily of his nephew, Reg’s son Johnny. Now thirty-six, he’d so far managed – more by luck than judgement – to stay out of gaol. He’d been a car salesmen for a while, in Warren Street, and then there’d been a series of perfunctory trips to the Labour Exchange, yielding nothing, followed by his father’s boast that he was fixed up and ‘doing well for himself’. Exactly how he was fixed up, Stratton didn’t dare ask – in any case, he doubted that Johnny would have told Reg the truth about whatever he was actually doing. Just as well, he thought, that his nephew was far too old to be a member of one of the gangs.

‘Anyway, who’d go on the rob in Flaxman Court?’ Canning sounded incredulous. ‘There’s nothing to nick. And it’s not the sort of place they’d go just to cause trouble.’

This, Stratton felt, as they turned into the short and dismal-looking alleyway, passing a tramp who was half-heartedly rooting through a pile of refuse and startling a flock of scruffy-looking pigeons, was undoubtedly true. Horribly dilapidated, comfortless and dank even in summer, Flaxman Court consisted solely of a terrace of five tall and grim Victorian lodging houses that looked out onto the high, brick side-wall of a shop on the adjacent street. The house closest to them had a scrubby-looking bit of net curtain in the front window, held in place with what looked like bent forks. A young policeman, who Stratton recognised as the fresh-from-National-Service PC Standish, stood outside the peeling door of number three.

The woman who came to the door had such enormous breasts that Stratton’s initial impression was that she had her arm in a sling. ‘Mrs Linder?’

He identified himself and, when she stood back to let him enter the narrow hallway, tried to sidle in without making contact with her chest. Close to, she smelt of parma violets and wore so much powder that grains clustered at the roots of her hair in a way that reminded Stratton of grass growing out of sand dunes. Standing between her and the barrel-chested, dense-as-concrete form of PC Canning made him, despite being six feet three and an ex-boxer, feel positively concave.

‘I went in this morning and found him in his room,’ said Mrs Linder. ‘Always keep an eye on the lodgers . . . It wasn’t very nice at all, really.’ Her tone suggested that she considered finding a dead body to be on a par with discovering head lice or a blocked drain. ‘Anyway,’ she continued, before he could offer anything by way of condolence, ‘It’s upstairs. First floor, on the left. I shan’t come with you, if you don’t mind. Watch your step, won’t you?’ Having evidently concluded the matter to her satisfaction, she disappeared through the nearest doorway.

‘Take a statement,’ Stratton told Canning. ‘Find out who else lives here. I’ll go up.’ Left alone, he climbed the dingy stairs. The walls, ceiling and floorboards sloped and bulged alarmingly, and the landing was no better. Lloyd’s room was chilly, dusty, and had a smell that Stratton thought of as peculiarly male – the neglect, decay and loneliness of the home of a slovenly overgrown schoolboy. There was no immediate sign of a body, just hundreds and hundreds of books lined on shelves, stacked in tottering piles on, or strewn across, the floor, slewed over all the surfaces, including the narrow, unmade bed; there seemed to be more of them everywhere he looked, giving him the impression that they were, somehow, proliferating by themselves.