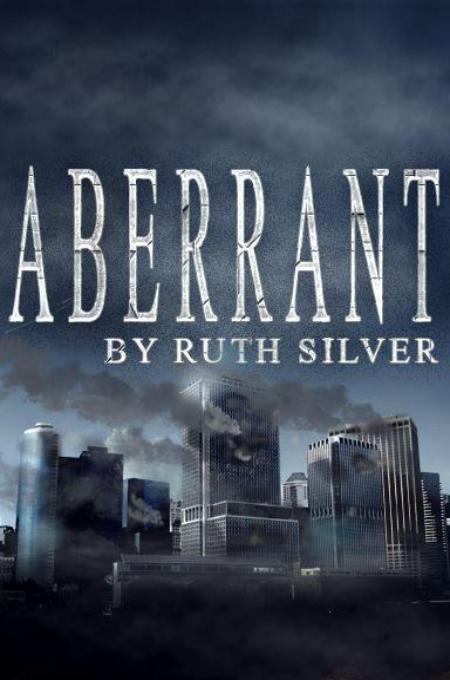 This book is a work of fiction.  Any resemblance to persons,
living or dead, or places, any events or locales is purely coincidental. The
names, characters, places and incidents are products of the writer’s
imagination and are not to be construed as real.

No part of this book may be used or reproduced in any manner
whatsoever without the express written permission from the publisher LazyDay,
with the exception of quotes used in reviews and critical articles.

To my parents that have sacrificed much, supported
unconditionally and loved without limit. Thank you.

My fingers gripped the metal chain as my feet kicked higher.
"Faster!" I laughed with excitement as I felt the wind against my
face and could see the entire town of Genesis in my view as I coasted the sky. I
had never flown so high on the swings. Joshua Warren, my new best friend from
school, seemed eager to push me as I heard the metal creak and the bars sway
from the force. Neither of us cared, we were having too much fun.

My legs kicked like the force of a storm as I swung higher
into the air. I floated with the clouds before grazing the sand and back up
again to the heavens. The swing set squeaked and shifted slightly off the
ground. Excitement bubbled within me and poured out as Joshua continued pushing
me. "Do you want a turn?" I laughed, my head thrown back, screaming
up at the sun in pure glory. I didn't really mean it, but had been taught it
was polite to share.

"Olivia!" I heard my mother's voice and glanced
around the park. Joshua's hands immediately dropped to his side. My feet grazed
the ground as I slowly stood, swaying slightly from dizziness.

"Over here!" I called waving back, wondering what
was going on. My mother looked terrified. I hadn't told her where I was, but
most afternoons she worked. Her cheeks had drained of color. Her eyes, usually bright
and filled with wonder, glistened with tears. She rushed toward me and threw
her arms around my tiny frame. She buried her face in my neck, and I felt her
shudder. My neck felt wet as I tried to pull back from her tight grasp. "Mom?"
My own voice caught in my throat, and I felt my stomach somersault. "What
is it?" I asked afraid to know, yet at the same moment desperately wanting
an answer.

"Oh, darling," she purred against my neck, her
fingers holding the back of my head. I couldn't fathom what could be so awful. From
a distance I could see a rising plume of smoke. I swallowed the lump in my
throat. "I'm so sorry," she told me, incapable of saying the words
aloud.

I opened my mouth, finding it nearly impossible to ask. I
choked the words out in a sob, "Is it Dad?" His office was in the
direction of the towering smoke.

She nodded ever so faintly, her face red and stained with
tears as she pulled me tightly to her chest again. "I'm so sorry,
Olive." I didn't understand how he could be here one minute and gone the
next. Why would he leave me? My legs gave out as I fell to the ground in a
heap. Every ounce of pain poured out as I struggled to breathe. Unable to walk
or move from the little bit of earth beneath me, my mother carried me home. I
sobbed into her shoulder the entire three blocks as I felt her breath catch
every so often.

She let me sleep in her bed that night as the tears refused
to slow.

As dawn broke, I stayed in the house watching from the sofa
as my mother would come and go making arrangements for the funeral. I could see
down the road, only as far as the oaks, and every time she'd turn the corner
and disappear, I'd wonder if she would be gone forever. I had no idea what would
happen to me if she did. Children weren't parentless in Genesis. I did not want
to imagine being forced from my home and given to a new family, one I didn't
know.

On the third day, my mother dressed me all in black from a
gown delivered by the Keepers. "Mom?" My voice barely reached her
ears, and she glanced at me once with red-rimmed eyes before disappearing into
her bedroom.

For never having known anyone to die, I had no idea what to
expect. The doorbell sounded and though we hardly ever had visitors, I approached
without hesitation, throwing the door open. Joshua stood with his mother and
father just beyond the porch.

"We're very sorry for your loss," his mother told
me. They all stood wearing the same deep shade of black. I opened my mouth to
ask what it meant, but the words never came. "Is your mother ready?"

"Ready for what?" I asked conflicted. No one was
ready for my father to die, if that was what she'd meant. I shook my head once
before glancing down the hall seeing her emerge in a black dress.

"Yes, I am," my mother insisted as she slipped on
her shoes by the door. "Thank you," she told them curtly. I didn't
understand what they were doing here or why my mother was thanking them. My
eyes glanced at Joshua and then at my mother. Before I could so much as ask, I
felt her hand grab my arm, pushing me out the door. "It's time to say
goodbye." At first I thought she meant to Joshua until I felt her reach
down and grip my hand as we walked as a group further towards the south side of
town.

It didn't take long for me to realize where we were heading
– the cemetery filled with old graves and rotting corpses. I didn't want to go.
I didn't want this to be the end. My father deserved better.

I swallowed back the tears, unwilling to let Joshua or
anyone else see me grieve. No one else shared in the pain I felt. Losing a
parent was devastating. As we approached the gravesite, the closed wooden
casket sat just above the ground and my knees locked in place. Joshua and his
family walked to the opposite side as a few others gathered around. Thunder
rumbled overhead as gray clouds filled the sky. The world was in mourning.

"Gavin Parker will always be remembered as a fallen
hero," Governor Craynor read the words from a crinkled half-torn piece of
paper. I wondered who wrote it. "In a tragic accident, we find solace in
those he saved from smoke and flames."

I squeezed my eyes, wanting to open them and willing him to
be here again. With every wish and breath, nothing changed. The distant thunder
turned to rain as I shivered and pulled my arms tightly around myself. My eyes
glanced up from the wooden box to Joshua standing just on the other side. For a
boy I hardly knew, I didn't understand why he was here.

"Would anyone else like to say a few words?"
Governor Craynor asked as his eyes landed on my mother during the funeral. A
sob escaped her lips. She made no attempt to move any closer and shook her head
just the slightest bit, unable to speak. "Very well," he continued,
"Gavin will be remembered for his strength, his spirit and everlasting
support to our community. If he were here today, he would tell you 'be brave,
stay strong.' Even in great times of struggle, he put others before himself. It
is with great sadness that his selflessness is what brings us here today, as we
lay to rest Gavin Parker."

The rain pelted my skin as we stood among the earth,
watching as they lowered his coffin to the ground. It didn't feel like goodbye.
There were no 'I love you' or last kisses exchanged. I should have known that,
but when you're five, it's hard to know what other people think and feel.

I cried the entire time his body was lowered down. My tears
mixed with rain, and as they slid down my face, I made no attempt to wipe the
pain and agony I felt at losing my father. I shivered from the cool autumn air
and rain but didn't feel anything but loss.

Neighbors and friends tossed dirt onto the coffin, including
my own mother. I couldn't take it anymore. "I hate you!" I screamed out
of anger. I was angry at my father for dying and even angrier at my mother for
not protecting me from the pain. My body flopped onto the ground just inches
from the hole where his coffin rested beneath the soil.

I didn't care about the black dress I wore or the fact I was
now covered in mud, sobbing as other members in our town began gaping at me.

I was a child who had lost her father. No words or
condolences would fix that and sadly no one seemed to try. My own mother – broken
and shocked from my words and the loss of her husband – stood out in the
freezing rain, eyes transfixed on the ground. She didn't move to get me, didn't
dare look at me as I wished for the briefest of moments it had been me lying in
that grave.

Someone’s touch jolted me upright. "Don't!" I
screamed. I took off running far from the gravesite. My feet slipped on mud,
but I regained my traction as I found a large oak to shelter me from the wrath
of the storm.

My body collapsed, my back against the stump as I pulled my
knees to my chest. I shivered and wailed, unable to stop my tears. My father was
gone. It was a fact I would have to face. It wasn't fair.

I don't know how much time passed before I heard his voice,
the softest whisper against the sound of steady rain and thunder.

"I'm sorry, Olive." I had buried my face in my
legs, wrapped my arms tight around myself trying to keep warm. I was shivering.
Slowly I eased my head, sniffling as Joshua stood above me. His own eyes were
red and I wondered why he was upset. He hadn't lost anyone. I didn't answer
him. My throat was raw from screaming and the tears just kept coming harder and
faster. "Can I sit with you?" he asked. Before I opened my mouth to answer,
he sat down beside me and his shoulder brushed against mine. I felt the
strangest spark as he stared at me, eyes filled with hope. He didn't have to
say a word because I understood. He was there for me.

Lying on my stomach beneath the tall oak tree, the branches
covered the morning sun as I glanced behind me at Joshua. He had made himself
content, lying with his head in the small of my back. I nearly laughed as he
situated himself as if it was completely normal and something we usually did. It
wasn’t.