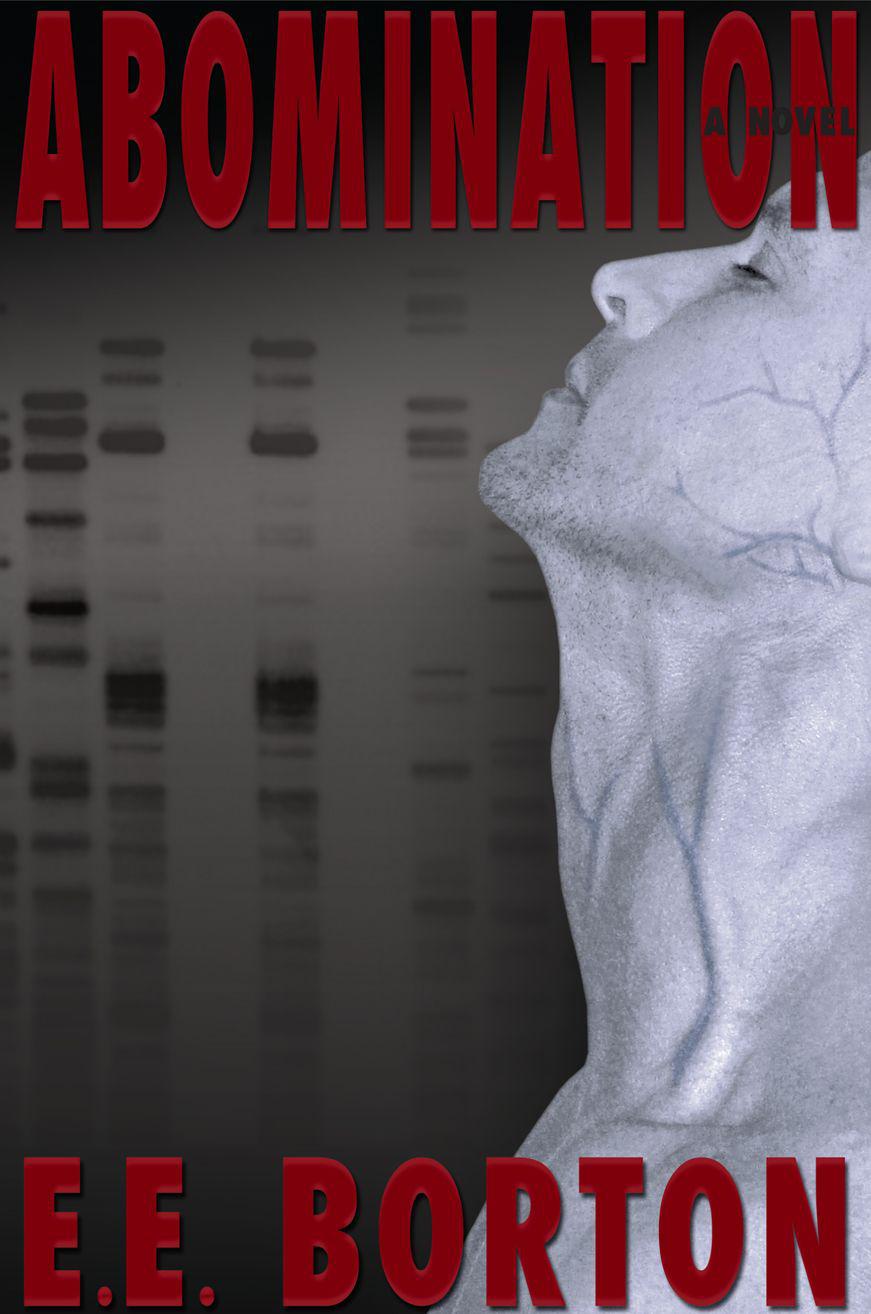 All rights reserved. Except as permitted under the U.S. Copyright Act
of 1976, no part of this publication may be reproduced, distributed, or
transmitted in any form or by any means, or stored in a database or retrieval
system, without the prior written permission of the author.

No part of this book may be reproduced, stored in a retrieval system,
or transmitted by any means without the written permission of the author.

Because of the dynamic nature of the Internet, any Web addresses or
links contained in this book may have changed since publication and may no
longer be valid. The views expressed in this book are solely those of the
author and do not necessarily reflect the views of the publisher, and the
publisher hereby disclaims any responsibility for them.

The characters and events in this book are fictitious. Any similarity
to real persons, living or dead is coincidental and not intended by the author.

And Then
There Were Three

Dancing in
the Kitchen

Bringing a world to life in a novel is considered a
mostly solitary endeavor. In my case, nothing could be further from the truth.
It took a village to create this book and it would’ve been a more difficult
road if not for a special group of people. Thank you seems inadequate.

Crystal, Dave, Tina, Tim, and Anthony, you are the
real heroes who chose a thankless job, but are the best at what you do. Nobody
will ever be able to take that away from you.

Robin, Z, Hopper, and Gordon, thank you for always
believing in me, offering your encouragement and support when I needed it the
most – which was often.

Jennifer, Ashley, and Bug, I can’t imagine my world
without all of you in it.

And to my parents, Kathy and Larry.

There are many others who played an important role in
motivating and inspiring me to create the work you’re holding in your hand or
reading on your screen. Thank you for staying the course and keeping me on it.

For Jennifer and My Grandfather

He hated himself for what he was going to do to her. She
did nothing to him except be the perfect choice. She was going to experience
excruciating pain and a horrible death in a few hours simply for being blonde,
blue-eyed, and young. He leaned in closer to look deeper into his own eyes for
answers. A moment later, the bathroom mirror exploded after a bone-crushing
punch when the answers didn’t come. Not a single shard of glass penetrated his
knuckles.

Peter Arrington walked through the broken glass on his
bare feet and into the hallway of the abandoned farmhouse in Harrisonburg,
Virginia. He arrived in the familiar town two weeks earlier looking for a place
to hide from the people looking to end his life. The list grew longer when he
discovered the FBI was joining the manhunt. In the back of his mind, he
wondered what was taking them so long to stop him.

The FBI wouldn’t find him in time to save Laura
Ackerman’s life. She was dead the moment Peter selected her photo from a list
on his computer screen two days earlier. He thought finding the perfect young
woman to satisfy his uncontrollable urge would be difficult on the run. He was
very wrong. It was as simple as typing a few words in a social networking
website. In a matter of seconds, he had dozens to choose from who fit the
criteria.

He had no idea why she was the one; she just was.
Something electrified in his brain when he scanned the photos and found hers.
There were some he considered more beautiful and accessible, but the urge
didn’t overpower him until he saw her. Two months earlier, he would’ve been
disgusted at the thought of hurting any woman. Two months earlier, he was a
proud, decorated, and highly successful United States Marine. Seconds before he
destroyed the mirror, he saw a pathetic, weak, and unrecognizable face. He
agonized over what he had become, but agonized more not knowing why.

Since the need to satisfy his urge started building
momentum two days earlier, he fixated on Laura. She made the mortal mistake of
publicly displaying her life for anyone to see who had access to a computer and
an internet connection. Everything he needed to stalk his victim from a safe
and concealed distance was at his fingertips. Along with over a hundred photos,
she announced to the world on a daily basis every move she made. He knew
everything about her including where she was going to be later in the evening.

Peter was angry with her for reasons he knew, but he
wanted to kill her for reasons he didn’t. His anger towards her was based on
her obvious lack of understanding that there were bad people out there. His
feeling of anger was more paternal than pathologic. Where was her father to
demand she stop posting private information about her life? Where was he when
she needed him to protect her from the real monsters like the man staring at
her photos? But as with every other detail of her life, she wrote to friends
about her estranged father who left the family a year earlier. There would be
no heroes to save Laura.

Because she had little or no guidance from others who
did understand there were monsters out there lurking in the shadows, Laura
sealed her fate with her final message. She announced to the world her roommate
in the home she rented from her uncle would be out of town for several days. Peter
knew exactly where her home was located. A day earlier, he simply waited for
her to leave the restaurant where she worked and then followed her home. She
ended her last message by writing she was looking forward to a quiet evening
with no distractions and a long bubble bath.

Peter steadily paced back and forth through the long
hallway in the farmhouse as the sun set behind the rolling Virginia hills. He
was losing his battle to suppress the urges and images of tearing into her soft
flesh. There were milliseconds of time when he thought of grabbing his gun,
holding it up to his head, and pulling the trigger. But as quickly as those
thoughts surfaced, they were pushed down again. After less than an hour, even the
flashes of welcomed suicide disappeared. Nothing occupied his mind except
easing his addiction by putting his hands on Laura. He needed to get closer to
her.

She lived eleven miles away in an old one story ranch
house on ten acres. From the numerous photos, he knew he could easily get to
her without drawing attention or leaving a witness. Laura’s aging uncle
couldn’t keep up with the dense foliage creeping across the yard toward the
house, and neither could she. Thickets of trees lined the property including
the long isolated driveway. He knew her nearest neighbor was an old woman who
only went outside to get her mail. He read one of her earlier postings stating
it didn’t matter how loud her Fourth of July party became, the yelling would be
a whisper by the time it reached her neighbors.

Peter drove his Jeep Cherokee with tinted windows down
the country back roads to the entrance of a closed lumber yard. A poorly kept
logging trail, unused for six months, bordered the back of Laura’s property. It
was three miles from the entrance of the closed business to her home. He parked
at the yard and started running down the dirt road in new boots he was only
going to wear once. He planned on burying them, and the rest of his clothing,
with her.

Even for a conditioned athlete, running fully clothed in
heavy boots along a soft dirt road would take at least twenty minutes at a
strong pace. Peter was at the edge of her property in ten; he was barely
winded. In his original plan, he’d enter the house at two o’clock in the
morning when she was more likely to be asleep. Looking at his watch, already
battling the urge to get to her, he knew he couldn’t wait four more hours.

He stopped his trek through the dense woods when he saw
the warm glow of lights through the windows at the back of the house. There was
only twenty feet between the last tree and the back door leading to his prize.
Peter slowly and expertly maneuvered around the entire perimeter. His Marine
training helped him remain concealed and undetected. Laura’s car was the only
vehicle in the driveway. The young tenants had little use for expensive window
coverings which allowed Peter to verify there were no visitors inside. He
assumed the only covered window was the bathroom. He took a deep breath
thinking of her soaking by candlelight in the tub, oblivious to the danger at
her back door.

At that point, Peter no longer cared about why he was
there or why he wanted to drain the life out of an innocent girl. In his head,
she wasn’t innocent. Even though she didn’t know he existed, she did something
so terrible to him the only way he could recover was to rip her apart. He
didn’t know what she did either. He only knew he had to do it with his bare
hands. A bullet or knife would rob him of the full cleansing effect of the experience.
He had to feel each tear, each break, and hear each scream. It was the only way
to ease the tormenting and excruciating pain that started as a mild headache
two days earlier. And it wouldn’t subside until he felt the life leaving her
body.

There was enough resistance left inside him to wait outside
for a few more minutes. He was hoping it would be enough time for them to find
and stop him. He prayed for law enforcement assault teams to flood the woods.
He looked up into the clear night sky pleading for helicopters to zero in on
his location. But as the minutes passed, so did their opportunity to end him.
He erased the thoughts and rose out of the darkness – it was time.

He closed the short distance to the house with blinding
speed. Without slowing down, he blasted through the thick wooden door into the
kitchen. Debris and splinters peppered the floor and walls as he continued into
the hallway to the only room with a covered window. The bathroom door was open,
and she was exactly where she posted online she would be: reading a book in a
bubble bath.