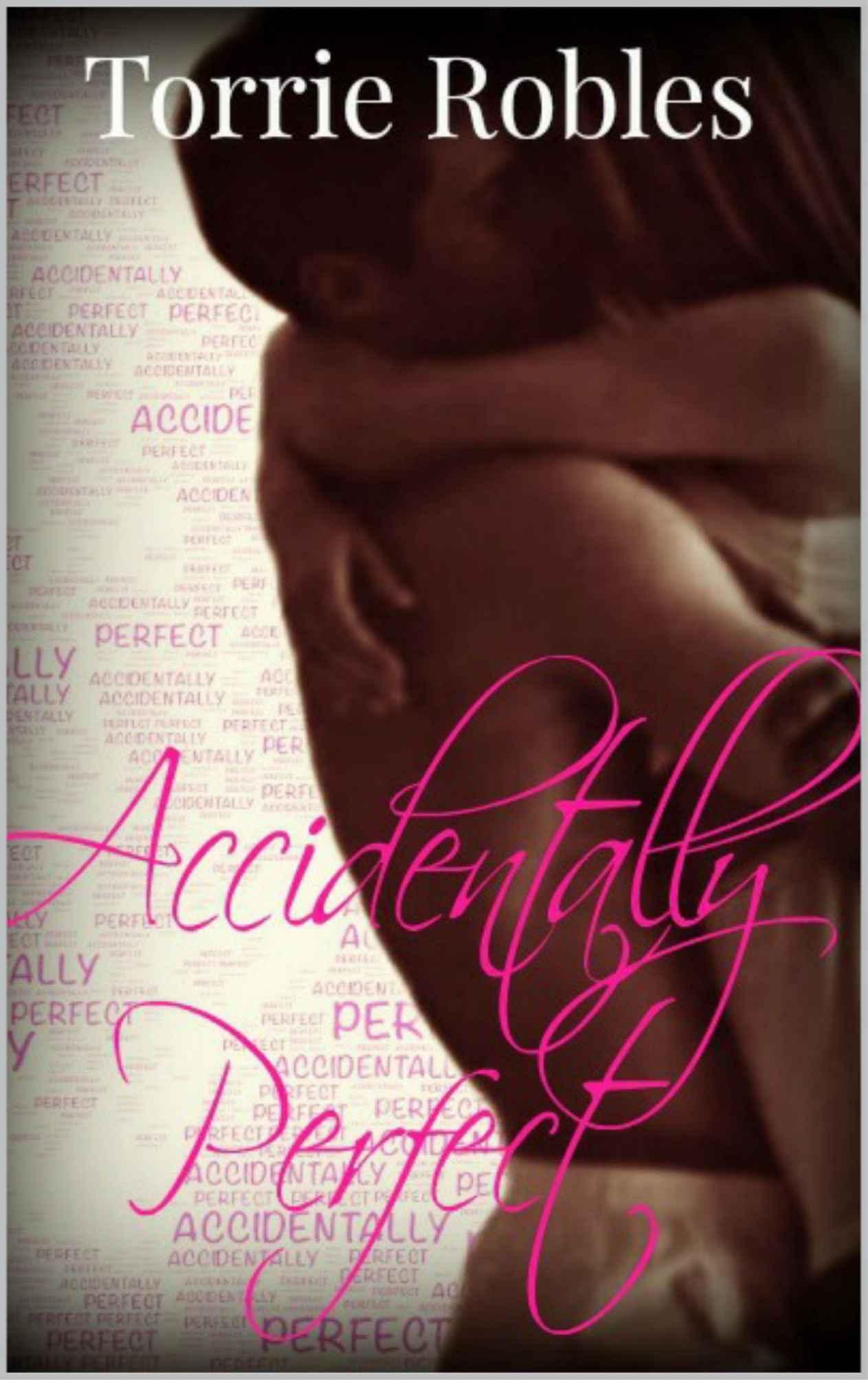 Warning: This story contains explicit sexual content that is not intended for those under the age of 18. This book is a work of fiction. Names, characters, places and incidents are the product of the author’s imagination or are used fictitiously. Any resemblances to actual events, locales, or persons living or dead, are coincidental. 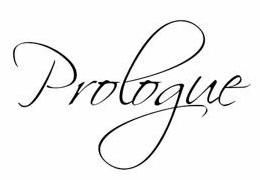 The charge nurse, Rebecca, is my saving grace.  I’ve been working for the past fourteen days straight.  The summer flu season has hit the nursing staff hard this
year,
and I’ve been picking up shifts left and right trying to help everyone out.  Being a nurse in the oncology ward is serious business.  If you so much as have a sniffle you are ordered to stay home until it passes.  We don’t need to transfer any of our illnesses to the patients.  The smallest cough can turn into a life and death situation.

“Thank you so much. You have no idea how much I need these next few days off.  I could kiss you.”

“Now, don’t go kissing me. Why don’t you go and kiss your boy toy a few times for me?
That would make me happy.”

I grab my purse,
and I make a beeline towards the elevators.  I do hope that my patients are still here when I get back.  That’s the hardest part about my job.  You are there for these people towards the end of their
life,
and all you want to do is make it better for them.  As much as you know the best thing for them is to finally let go and meet their
maker;
the whole act is still a difficult one to get used to.

The next few days off are exactly what I need.  First things first; I’m going to head over to Michael’s apartment and let him know that I’m all his for the next few days.  My plans are simple; relax, have a few drinks, maybe get my man to give me one of his famous massages and have lots and lots of sex.  Isn’t that why you put up with the immaturity of a younger
man because they always make up for it in the bedroom?

Once I get to Michael’s, I let myself in.  I swear to God, this man never locks his door.  Doesn’t he know he doesn’t live in the best part of the city?  I hear faint pants and groans once I step into the living room.  “Yes, Michael, right there.”  What the hell.  My feet carry me to his bedroom door.  The groans and whimpers are now more audible.  “Slower Michael, yes, yes, right there.  Suck baby, suck.”  With a shaky
hand,
I turn the knob and slowly open the door.  I see my boyfriend’s ass up in the air with his head down in between what looks like his neighbor’s legs.  Her hands are running through his blond hair has her legs are wrapped around his shoulders.  “Yes Michael, yes, suck me, oh God! Fuck me!”

“Yes, Michael fuck her because your days of fucking me are over.”

His head whips around meeting my glare, “Laney?”

I know Michael isn’t an incredibly smart guy, but I pray to the good Lord above that he isn’t dumb enough to follow me. My steps pick up speed and I reach my car.  Throwing the door open, I hurry, start the engine and pull away from his apartment complex.  There are just some things that can’t be unseen and seeing Michael’s ass up in the air, totally on display, is one, of them.

There is only one thing I know to do. Call the best friend. “Stella?” She answers on the first ring.  I don’t even give her the chance to say hello.

“I have just found myself single.”

“Shut the front door, Laney.”  The enthusiasm in her voice is evident.

“Yeah, so true. I don’t like sharing my man with the neighborhood sluts, so he had to go.”

“Does Brad have the girls?”

“Then I have one word for you.  Vegas baby!”  She screams into the phone.

“Shit girl, you get my point. Get your fine ass to packing.” 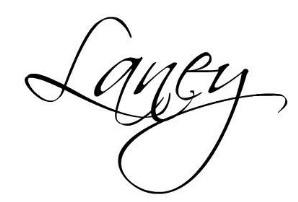 “Damn, that feels good.
Hmmm,
yeah right there.”  The warmth of his kisses consumed me.  They set my skin on
fire;
he sets my skin on fire just by his touch.  They slowly drifted down my neck over my shoulder and
back
up again.  This dream is perfect. I don’t ever want to wake up.  Just let me die by kisses. That sounds like the perfect death.

“Baby, your phone has been going off for the past twenty minutes.  You need to get up.”  His voice was husky, dripping with sex and I want to hear more.  “Laney Bear, wake up.” I felt his fingers digging into my hip pulling me to him.  The heat of his body is so welcoming, so is his hard shaft that is currently poking me in my rear. “Baby, open those beautiful brown eyes for me.”

Things were starting to come into focus.  I don’t think I’m dreaming, nope that would have been too easy. Those kisses, that voice, and that rather nicely sized rear intruder were all very real.
What the hell happened last night
?   Rolling over, I see the most beautifully rugged face and
most gorgeous
honey green eyes I have ever seen.  Rubbing my eyes, trying to focus on the sight in front of me, I realize something doesn’t feel right; something feels off.  “Ouch! What the hell?”  Looking down at my left finger I see the biggest diamond I have ever laid my eyes one.  It’s sitting on top of a band encrusted with diamonds and sapphires.

“It’s the Asscher
cut diamond you picked out last night.  Do you not like it?”

“I don’t understand,” I said, pulling myself and the sheets that are apparently covering my naked body.  That’s when I hear my phone going off and recognize that’s it’s my mother’s
ringtone.

“Why does Cruella De Vil keep calling you?”

“And why do you have a picture of Cruella De Vil come up when she calls you?”

“You don't wanna know. That woman would skin puppies if she thought it would make her more money."

“What did you just call me?”

“Laney Bear.  I thought it was alright.  Last night you said to give you a pet name, so I gave you Laney Bear.”

“Right after I made you my wife.”

“Holy shit balls
! What did you just say?”  And there goes my mother’s
ringtone
again.  Seriously can she
not
give me a break?

“Last night, you and Stella were drinking and dancing outside of Pure.  Troy and I started dancing with you.   We hit it off.  None of this is ringing a bell?”

I try to think, but the current hangover that I’m experiencing is hindering all my thoughts of the last 12 hours.  I remember getting to Vegas, amazed by the lights and the people.  I have never stepped foot in Vegas, and let me tell you it met all my expectations from the first moment I arrived.  It was pure madness.  Wait, S, where the hell is Stella?  We were dancing.  I didn’t want another colorful
shot,
but she made me, told me it was time to let loose; it was time for me, for Laney, that I was awesome, a hot piece of ass.  That’s when I saw him.  Honey
eyes are
staring at me, taking me in like he wanted to devour me.  He had me. There was no fighting it. I was his for the taking the moment our eyes met.  With the realization, I lock eyes with this beautiful man sitting in bed with me.  He was gorgeous. I hit the
motherload
. Crap, my mother. Why was she calling?  He was scruffy, but the good kind of scruffy; the kind that it’s meant to be there, not because he’s a slob, but because it looks so damn fine on him.  His dark hair is short on the sides but longer on the top, letting the curls fall where they need to be, just to make him look perfect.  How can he look so perfect?  What the hell do I look like?  Shit, I must look like a mess.  I bet my mascara is under my eyes. Shit, I wouldn’t be surprised if it was down to my chin after the night I had.   His bare chest was covered in tribal
tattoos;
the swirls highlighted the muscles underneath.

“I think it’s coming back, isn’t it sweet girl?”

“You remember telling me how Michael was a total fuck up?”

“Maybe.”
I could not form words.  He was gorgeous

“Do you remember telling me we were a match made in New York Heaven?”

“Yes, since we are both from there.”

Biting my lip,
I tried to remember more of the night.  But nothing was coming to me.  This is totally fucked up.  “Where’s Stella?”

“Well, after she gave you away.”

MuTerra-kindle by R. K. Sidler
How to Fall in Love by Cecelia Ahern
Fellow Travelers by James Cook
Balance Point by Robert Buettner
Last of The Summer Wine by Webber, Richard
Encrypted by McCray, Carolyn
Reined In: Lone Star Lovers, Book 7 by Delilah Devlin
Murphy's Law by Rhys Bowen
That Smell and Notes From Prison by Sonallah Ibrahim
Wild Rescue by Jerry B. Jenkins, Chris Fabry