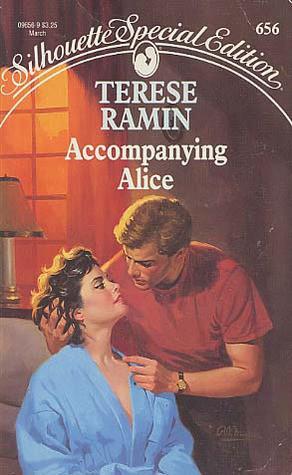 All rights reserved. No part of this book may be reproduced or transmitted in any form or by any means, electronic or mechanical, including photocopying, recording or by any information storage and retrieval system, without the written permission of the Publisher, except where permitted by law.

It
was a bad week.

Wednesday, the rumor that the small independent bookstore—which had fed, clothed and housed her and the twins for the past fifteen years—was going out of business became a fact.

In Thursday’s wash she found six square innocent-looking hermetically sealed packages that let her know at least one, if not both of her girls, was no longer innocent.

Friday, Allyn, the twin older by five minutes, climbed into a camper filled with “just friends, Ma” —three of whom were boys—and set off on a three thousand mile cross-country pilgrimage to Mecca L.A., land of the stars. On Saturday, Rebecca, the younger twin, called from East Lansing—home of the Michigan State University Spartans and her boyfriend of two years—to say
“Hi, Ma! Mike and I eloped last night hope you’re not mad and oh by the way you’ll be a grandma in six and a half months isn’t that wonderful? ‘Bye.”

At one o’clock Sunday morning, Alice sat on the couch in the living room picking at the afghan, thinking that someone hadn’t bothered with those little square innocent-looking foil wrapped packages.

At one o’clock Sunday afternoon, she lay where she’d crawled shortly after her late-night reflections: in bed in her darkened bedroom in her robe and slippers with the quilt drawn up to her chin and the pillows piled up on her face, assuring herself that she wasn’t a bad mother, she really wasn’t. Every
parent’s shock rocked her hard. It was as though Allyn and Rebecca had mutated suddenly overnight, turning into people she didn’t know. She’d thought everything was fine—or as fine as it could be when you were the single parent of pretty, popular, opinionated and personable teenage daughters. It wasn’t as though she’d ignored them. She rarely worked evenings, worked the shortest hours she could on weekends, was always there no matter what the girls needed, set them the best example she could. She never went out, never dated, never brought men home....

She scrunched deeper under the bedclothes. Just because she’d watched over them, fed them, clothed them, lectured them, listened to them, wiped their noses and bandaged their knees for the better part of eighteen years didn’t mean she knew—or had to know—everything about them. Did it? Her own mother had known nothing about her at the same age. Or so Alice remembered being bent on proving at the time...

She pulled the pillows off her face and stared at the spot where the light bulb yellowed the ceiling. Sanity told her that like everything else, knowledge was relative and motherhood was blind. And no matter how well she’d prepared Allyn and Rebecca for adulthood, or protected them from every possible eventuality, she couldn’t keep them in a box forever, couldn’t live their lives for them. She couldn’t keep them from making their own decisions, their own mistakes.

Couldn’t prevent them from repeating hers.

God, she thought, having children sure did make you look at yourself, didn’t it?

She tried counting the water spots on the ceiling to distract herself from remembering the life-shaking mistake she’d made at the end of her junior year in high school when Matthew Dane Meyers, Pontiac Catholic football hero, had invited her to his senior prom. That had been quite a night—quite a summer, as a matter of fact, until she’d realized she was pregnant. He’d said all the right things:
Marry me, Alice, it’ll be all right. I won’t go to college, I’ll get a job. We’ll elope, it’ll be all right, I swear.
He’d made all the right moves:
I, Matthew Dane Meyers, take you, Alice Marie Brannigan to be my wife...
Except.

There was always an
“
except”.

Except
that even after they’d announced their impending parenthood and subsequent marital status to her parents, he hadn’t told
his
parents that he’d married a pregnant girlfriend they’d never met.
Except
that he’d lied to them so that they’d think they were giving him money to get a head start on his college credits and campus life when what he was really doing was getting an apartment with his wife.
Except
that when his parents found out what he was really doing and then had come to interfere, he hadn’t stood up to them, had let them verbally pound his new bride into the ground. Had let them get his marriage to her annulled.

Alice’s jaw clenched. Even after all this time, thinking about it still made her angry.

Her own parents had been wonderful, sad but supportive, telling her that they believed in her, would stand behind their adult daughter as they’d stood beside their girl-child. Now it was Alice’s turn to learn to think that way. Because the bottom line was, if she hadn’t managed to teach Allyn and Rebecca to be good people by now, it was too late. She’d done her best, done everything she’d known to do with them. The same way her parents had done with her.

She turned over in her bed and pulled the covers around her ears. The “
I did my best
” philosophy didn’t help.

In the rainy gray drizzle of Monday morning, she stared at her image in the bathroom mirror, taking stock. She was a thirty-five year old single mother of two grown children who’d gone off to start their own lives without consulting her about whether or not she was ready for it. Six days from now she was supposed to march down the aisle behind five of her sisters as a bridesmaid for Grace, the twenty-one year old sixth. For this occasion, her family had rather pointedly paired her with a thirty-three year old successful investment broker who’d never been married, but who was now—nudge-nudge, wink-wink—ready to settle down and have two or three kids of his own. And in approximately two hundred days she was going to be a grandmother.

Despite the fact that her mother came from a family where a woman’s worth was measured in how many children, grandchildren and great-grandchildren she had, Alice wondered how Julia Block Brannigan would take to being a great-grandma at fifty-nine, and whether or not the thirty-three year old successful nudge-nudge, wink-wink had ever considered being a step-grandpa.

Alice made a face at her reflection. He’d probably considered being a step-grandfather about as often as her family considered the fact that she was not looking for a man to accompany her through life.

Sighing, she pulled her lower lip in over her teeth and angled her head to get a better look at her chin. Damn. Thirty-five years old and she still needed acne medication for the once a month pimples. She tilted her face to the left. There were two new gray hairs at her temple, bringing the total she’d found this week to six. Scrutiny of her right profile introduced her to the fan of wrinkles where she too often squinched her right eye.

She turned sideways, slouching. Yep, just as she’d expected, her breasts drooped, and where ten days ago her tummy had still been flat, she could now see the beginnings of that getting-older womanly belly
pooch
.

What was her family thinking of anyway, partnering her up at a wedding with some successful untried kid? What were her daughters thinking of, growing up overnight to make her face age and grandma-dom without letting her take a breath?

She sagged against the sink. Oh, God, it had really happened. In one short week she’d gotten old.

T
here
was a body by the side of the road.

She saw it on her way to apply for a job.
It
lay on its back in the rain at right angles to the edge of the pavement, one knee raised, the other dropped, its head nearly even with the white road-shoulder-warning line as though the owner of the body had sat down to throw pebbles into the drainage ditch and simply fallen backward and gone to sleep. The first thing Alice thought was that it was a singularly stupid place to take a nap. Then her breath caught and she slammed her car to a stop on the gravel shoulder and backed up to peer out the back window.

The body belonged to a bearded man with dirty blond hair, a torn black Grateful Dead T-shirt, grease-stained jeans and black harness-style motorcycle boots. A thin gold chain made a zigzag across his throat and trailed over his left shoulder to a small oval medal lying in a puddle. A fine coating of mud darkened his skin.

Her heart began to pound, her knees turned to water, her hands locke
d around the steering wheel.

She couldn’t stop repeating her plea as she struggled to unlock her door and get out to wobbly-knee her way cautiously around the car, then pause to look about. Traffic along this stretch of southeastern Michigan byway was normally sparse, but not usually nonexistent. She looked down at the man, the
body.
Its face seemed so ashen, so devoid of life.

She looked for his hands, anyway, before going any closer. They were at his sides, in skeletal position: empty, palms up, fingers crooked. His arms were bare, pasty beneath the grime; she imagined the tips of his fingers had a bluish cast. Oh, Holy Mary and all the saints, why had her mother gone to so much trouble to teach her daughters to always help their fellow man?

Cursing the niggling, too charitable, overprotective guardian of her conscience that had gotten her into trouble frequently in the past, she quaked nearer and stooped to touch his forehead. His skin was cold, clammy maybe, but not dead. Swallowing her sanity with the rain pooling along her upper lip, she knelt in the mud and inched closer to his side, dragging her leaden fingers away from his brow to place them at his jugular. The back of her hand accidentally knocked the matted hair at his temple, grazing blood down his cheek.

She had no idea what she was pleading for. Probably to be anywhere else at any other moment as any other person doing any other thing. “Oh, somebody,
ple-e-e-ase
!”

The surge of blood through the vein beneath her fingers startled her. She jerked back her hand, then gathered her courage and pulled back an eyelid with her thumb. His eye reacted readily to the dim light, pupil contracting to reveal aquamarine irises.

Alice gulped. It wasn’t a body, it was a man. Her hand dropped to her knee. Sweet angel Gabriel, now what did she do? Cover him up? She couldn’t remember. Not if his life depended on it. She peered wildly at the sky.
Oh, please, Lord, just this once let me be good in a crisis—