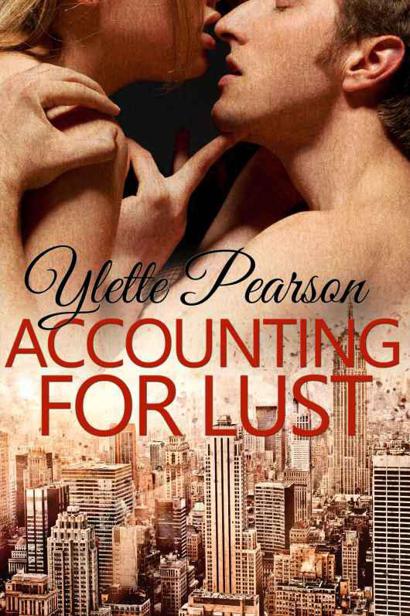 All characters in this book have no existence outside the imagination of the author and have no relation whatsoever to anyone bearing the same name or names. They are not even distantly inspired by any individual known or unknown to the author and all the incidents are pure invention.

All Rights Reserved including the right of reproduction in whole or in part in any form. The text of this publication or any part thereof may not be reproduced or transmitted in any form or by any means, electronic or mechanical, including photocopying, recording, storage in an information retrieval system or otherwise, without the written permission of the author.

Cassandra Adams
stalled
inside the door. What was she doing here? She didn’t belong in this smoky club where sex, booze and sweat cloyed the air. A shove from behind sent her further into the interior and she stumbled to keep her footing on the eight inch heels. Grabbing onto the back of a high chair
,
she inhaled and turned around.

Damn Graham Adams for dying. If he stayed alive, she wouldn’t be here, craving relief from the stress of sitting at her father’s sickbed for nearly a year. If her father hadn’t died, she would still be safely at home, pouring over other people’s accounts instead of trying to forget that she had to take charge of his company next week.

A stream of party-goers swirled her around again and carried her deeper into the room, onto the dance floor. The bass from the sound system vibrated through the floor and tingled her nerves. Involuntary she swayed to the beat.

One dance and then she’ll leave. She tucked at the hem of her short black skirt and smoothed the midnight blue sequenced top. At least she didn’t look as out of place as she felt. No-one spared
her
a second glance as the crowd around her lost themselves in the rhythm of the music.
Cassie smiled. She succeed
ed in becoming anonymous for h
er
last night on the tropical island of Mauritius.

The music slowed and
s
he
gyrated
her hips
in tune with
the mock sexual dance the reggae singer belted out over the speakers
.
The air swirled and cooled, almost as if people were giving her space.
Looking up, she
stared into
dark
c
hocolate
brown
eyes
a couple of inches above her.
A
combination of Jason Stratham and Vin Diesel, t
he closely cropped hair,
goatee and muscled body signified danger with capital letters.
He
tilted his hips towards her
and Cassie’s body recognized the age-old question.

Yes
, her b
ody screamed.
Run,
her mind tried to overrule. S
he kept his eyes captive until
a lazy
smile
spread over his
otherwise
clean-shaven face.

For a moment,
the music faded and she stumbled.
A steadying hand on her arm sent
s
hockwaves of awareness
zing
ing
through her
.
W
armth spread
to
her limbs,
easing
the
n
umbness
of
the past year. She revelled in
feeling
again. The small flame in the brown eyes in front of her e
rupted into an inferno
.
Cassie
caught her breath as an answering flame kindled in her abdomen.
S
he wanted this. She needed this.
Uncomplicated. Carnal. No strings attached.

She caught up with the beat again.
He
closed the distance between them
, the heat from his body
caressing
her taught nipples
, giving her a whiff of m
usk and man
.
A droplet of s
weat trickled down her neck and slipped into the valley between her breasts. His
gaze
followed
its
progress and he licked his lips
.
When their eyes met again, he
cocked his head to the side
.

“Shall we get out of here?”

Mouth dry, she could only nod
.
What are you doing?
She ignored the voice screaming inside her head.
Taking her hand,
the man
pulled
her from the dance floor.
Outside the club, the
cool
er
humid
air
cleared her scrambled thoughts. She couldn’t do this. She had to stop him now.

He
ignored the tropical rain
and
p
ushed
her against the wall
in the shadow
s
.
She swallowed convulsively, trying to slow the runaway train her heart had become. This was a stupid idea. Chartered accountants didn’t live dangerously. They liked boring routine.

“I won’t hurt you,” he whispered in her ear. “I’ll show you my credentials if you want to see them, but I don’t think you do. Do you?”

She shook her head. She didn’t want to know who he is.
Tight muscles played beneath her fingers as she
grabbed his
wide
shoulder
s
. Oh, it had been too long since she marvelled in the male hardness.
He gently removed her hands from his body and trapped the
m above her head
.
Her mind screamed at the vulnerability of being at his mercy.

Gazes locked
, he parted her thighs with his knee and
her skirt rode to her hips. His male hardness probed her stomach. Coarse jeans chafed against her naked inner thighs. He hooked her leg over his, exposing her thong- clad pussy to the night air. Cooling the moistness already dripping from it.

His free hand caressed
her
leg, drifted over the now high-riding skirt
and skimmed the side of her breast
,
hardening the nipple to unbearable tightness.
He lowered his head and she
swallowed the
whimper
of
anticipation.

This was her
last
and
only
chance
at uncomplicated freedom
. His lips pressed warm and firm against hers and her insides liquefied. The
goatee
grated against her
skin
as he dropped his mouth to her neck.
The vibrations of the music filtering through the wall, synchronised with the excitement buzzing through her
.

When his mouth travelled upwards again, Cassie
parted her lips
and he caught
them
in a deep kiss
. Moisture pooled between her legs and she hung on
to him
as her limbs turned to jelly.
H
is tongue ravished her mouth, simultaneously giving and demanding.
His hand fumbled with the hem of her blouse and he captured her moan in his mouth when his finger circled the hardened peak of her breast. The throbbing between her thighs increased. She needed more. She needed all of him.

As if sensing her need
,
he gently pinched the rosy peak between his fingers, twisting and rubbing until Cassie
was unable to
form
a single
coherent thought. She
ground
her hips against his hard flesh and rejoiced at the shudder
that
ran through his body.
He
slipped
his hand under her skirt and skimmed the
lace of her thong. She arched her body to allow him access, but he denied her satisfaction by stroking her inner thigh, all the time moving closer and closer, but not touching where she needed it most.

“I think you two should take this somewhere more private.”

His movements stilled and he moved his body to shield her from the unknown man.
T
he smell of hibiscus and frangipani
drifted
between the
rain
drops. He smoothed the wet strands of hair from her face and letting go of her hands above her head, he cupped her face and planted a soft kiss on her lips.

The question caught her off-guard. If she went with him there would be no turning back. Did she want to
end this now
?

She managed a nod.
H
e
scooped her up in his arms and carried her
toward
the cabanas. Above her, the coco palm
s
swayed in the breeze. The muscles in his shoulders
shifted
under the wet shirt
.
He was so strong. If she wanted out, she had to do it now. She was no match for this strength. Cuddling closer to his body, she made her decision. Tonight she didn’t want cautious, she wanted danger. And freedom. And sex.

The stubs of his close-cropped hair rasped under her fingers.
Reaching up, she planted a kiss in his neck
, smiling as
he groaned
in frustration
. The rain stopped as he stepped onto the veranda of a cabana,
shouldered
the door open and
lowered her feet to the floor
. Hard muscles caressed her feminine ones and water dripped onto the floor. He kicked the door shut behind them before his lips descended on hers again.

S
he
slipped
her hands
under his shirt and ran her fingers over the hard ridges lining his spine
.
He was every woman’s fantasy come true and tonight he was hers. She didn’t want to know his name, where he was from or anything about him. Tonight i
t
was enough that they recognised the mutual need and satisfied
it
in each other.

H
e pulled her
into
the bathroom and
grabbed a towel from the rail. Cassie closed her eyes against the wanton woman reflected in the mirror. She might get burned, she might get hurt, she might have the most amazing night of sex. Whatever happened, there would be no regrets.

Her limbs warmed under his soft rubbing. A finger lifted her chin.

“You still okay, sweetheart? You can stop at any time.”

The towel thudded to the floor. “Thank God.”