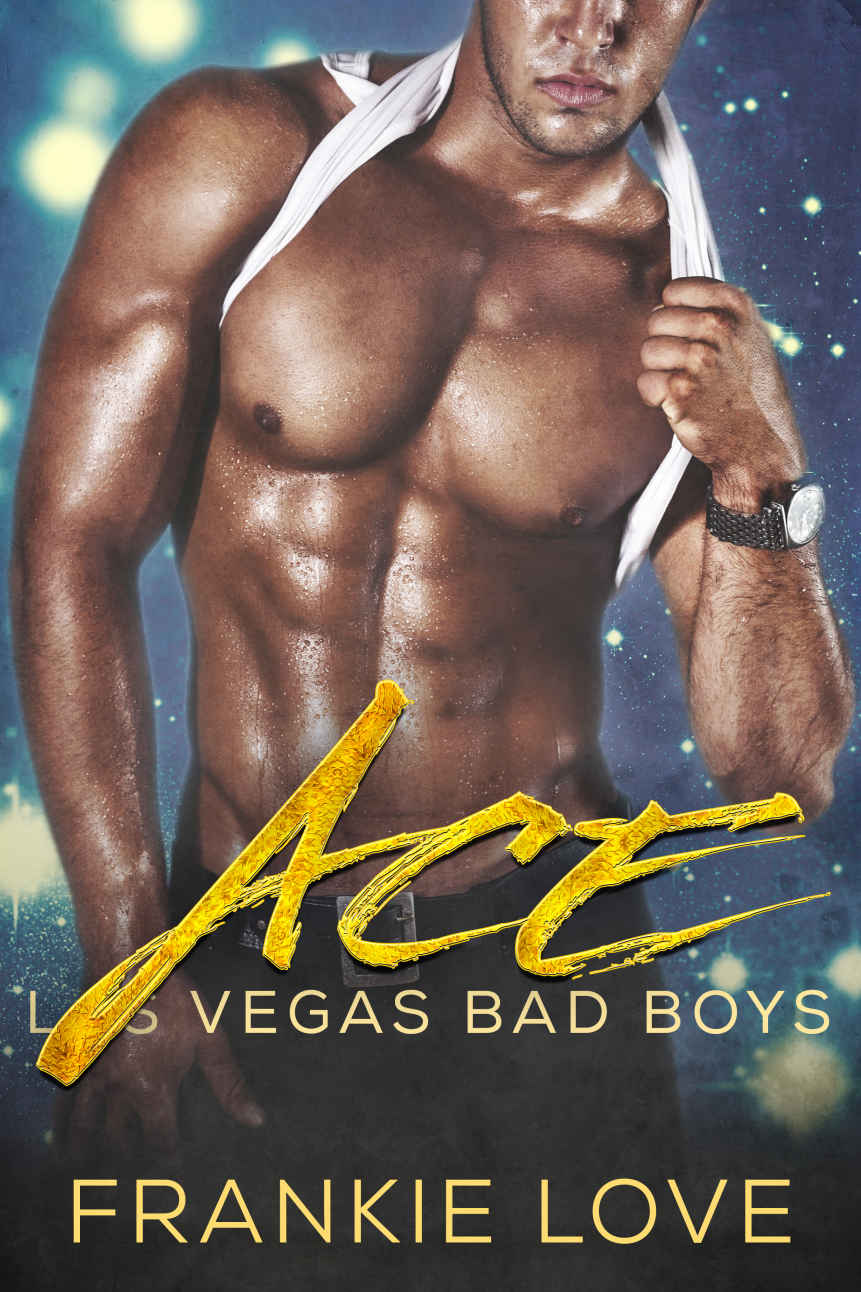 AND NEVER MISS A RELEASE!

E
dited
by
Larks and Katydids

I
don’t take
women to bed.

I take them against the wall, hard and fast, and when I come I make sure they remember.

And sure, I’m a player, but why wouldn’t I be? The highest rollers in the world come to play at my tables—it’s no surprise that the hottest ass comes to the same place.

Everyone wants a taste of the action my casino offers. A taste of what I offer.

The cocktail waitresses who work here, with their tits pushed high and asses hanging out, know why they were hired.

The dealers I cut paychecks to know I only want the fastest hands on my casino floor.

The dancers at my shows know I only want the hottest performers in the city.

The DJs at my nightclub, where table service starts at ten grand, know I only want the best beats, the most fuckable women dancing.

The Spades Royalle is my domain. I own this town, and this casino, and every freshly-shaven pussy that sets foot here knows it.

With my tumbler of whiskey in hand, I walk across the casino floor toward the elevator leading to a private suite I’ve reserved for tonight. It’s the perfect place for mixing business with pleasure. I avoid taking anyone to my penthouse on the top floor—this way I can keep all my transactions from getting personal.

I don’t do personal with any woman.

I’m my own man. I don’t need anyone up close and in my shit. I don’t want them to think they have any chance at long term.

I keep my bets safe.

And the safest bet I know is one night stands—make that one
hour
stands.

The only people I trust are my closest friends, McQueen, Jack, and Landon. My family? Not a chance. They’ve screwed me over more than once.

But who needs family when you have Vegas?

Downing my drink of choice, Johnny Walker Blue—neat—I look around for a cocktail waitress. I like playing this game, finding a piece of ass that looks nice and giving her a fifteen-minute break she wasn’t expecting.

They never turn me down.

A perfect brown-haired honey works the room, carrying a tray in one hand, setting down beers and cocktails in front of the men at the tables. They offer her chips as tips, but I have a different sort of tip in mind.

Her face is flushed, tendrils of hair falling in her face as she moves quickly, knowing money is up for grabs if she works the tables the right way.

I press my lips together, ready to sweep her from the floor, toward my suite, and push her round, perfect tits around my cock.

I know she’ll want it. It’s obvious she needs it. A scowl crosses her face as a blackjack player forgoes giving her a tip, and she rolls her eyes slightly as a guy offers her his phone number.

Watching her as she crosses the smoky floor, I know what she needs. It looks like she’s had a long night and she needs to release some of that pent-up hostility. I know there’s plenty of time to work her up and down before my monthly private poker game begins.

She walks toward the hall where I’m standing, an empty tray in her hand. Probably headed to the bar to fill her orders.

I made one rule when I moved to Vegas two months ago—I would not screw bad boys. Or asshats. Or really anyone I met on the casino floor. And the thing is, I’ve made good on my promise.

However, I still have to deal with these guys. Here I am, another night serving drinks to men who assume I am ready and willing.

Really asshole? You think I want your phone number? You think I’m wearing this black pleather leotard—the one that is giving me a serious wedgie—or these fishnets and five-inch stilettos, for you?

You think I have my tits pushed higher than humanly possible because I want to screw you in a hotel that is actually not where I’m hanging out for fun? Because I’m here for one reason, and one reason only: it’s a fucking job.

And god, I need the money.

My sister Janie is still in the hospital, and the bills for her care are coming out the hoo-ha. Landing in Vegas to make sure she was okay was never my plan. I was supposed to start grad school this fall … but fall is in two weeks, and my ass is still here.

Northern Washington University has been my plan ever since I realized if I wanted to get a leg up in life, I needed to work my ass off and get there myself. Nobody is going to help me get ahead. My parents were MIA for most my childhood—you know, before they kicked the bucket.

So it’s always just been Janie and me … except not. Because she left town the moment she turned eighteen, and I’ve been waiting for her to return ever since.

A text here and there, an update on what city she’s in—that’s all she’s given me over the past four years.

That’s why I’m hanging on so tight. That’s why I’m here to help her when she wakes up from the coma. The fact that she had my number in her phone as her Emergency Contact means something, right?

I want a family. I want people in my corner. I’m just tired of barking up the wrong-ass tree.

My sister is my only chance at a family.

And hard as it is to swallow, it looks like grad school is going to have to wait. It’s going to take forever to get the money to pay for both Janie’s care and school.

Especially at the rate things are going tonight at the Spades. A guy at the blackjack table takes his gin and soda without giving me a tip—which, okay, I get it. These players owed me nothing.

But I am beyond ready to catch a break. The best thing about showing up to work today was when Claire, another waitress who’s been here a lot longer than me, offered me her waitressing spot at some private poker table tonight.

She has a date—and now I have an extra shift.

I mean, except I can’t even remember the last time
I
had a date. The last time I had
anything
for me. I’ve been in Vegas for two months for Janie, and I certainly haven’t gotten any action at the hospital.

And before then I was in school and working … always working.

I need a freaking day off … from everything.

I’m walking toward the kitchen to reload my empty tray one last time, before I switch gears for the poker event, when a man stops me.

Because damn. One look at him and I can’t take a step forward. He clichés the fuck out of me—he stops me in my tracks just as I’m a foot from passing him.

His eyes are a smoldering green, like an evergreen tree deep in the forests of my hometown. He leans against a wall, with an empty tumbler in hand, and he smiles a slow, self-assured smile.

What the hell, Emmy?

I need to get my mind out of the sex-gutter, whatever that is. I need to focus on this job. On making cash. On getting my sister’s bills paid and getting her back on her own two feet.

I need to keep. walking. forward.

But before I can take another step, he speaks. His voice is as lush as his eyes.

“You ready to take a break?” he asks, standing up straighter now.

I’m above-average height, about 5’9”, but with these damn heels, I’m tall.

He’s taller. He looks at me, pushing his dark hair from his eyes. The pinstripe suit he wears screams designer and I notice a gorgeous gold Rolex heavy on his wrist as he crosses his arms. But he isn’t all nice and neat. I see a tattoo inching up his neck, but I can’t tell what it is.

In a flash I can see he’s working hard to look the part of a high-roller. His eyes and voice tell me there’s more to him than all that high-end bullshit I don’t give a crap about.

“Do I know you?” I know my tone is harsh, but the day has been long. My feet hurt from these damn shoes. It doesn’t matter that he is sexy as hell.

And damn, he
is
sexy as hell. I mean, his shoulders are broad and there’s enough of a five o’clock shadow on his face that I could imagine nuzzling against it…nuzzling my thighs against it.

God! Why the fuck am I thinking about pressing my lady parts against this dude’s face?
Get a grip, Emmy.

“We haven’t met, but I’m prepared to get very familiar with you.” He cocks both an eyebrow and his head toward the other end of the hall.

I don’t even know where that leads. Well, I know where he
thinks
it might lead.

“Uh, I don’t screw strangers. And certainly not while I’m on the clock. I don’t think the owner of this place would like his employees fucking casino junkies. Just saying.”

“I don’t think your boss would mind.” He smirks, ever so slightly, and I hate that. Hate when guys think they know better than I do. I know how much this job means—the fact that I landed a gig at the most exclusive casino in Vegas is no small thing.

Not that I wouldn’t have liked to enjoy this guy in his nice suit. His biceps pull at his jacket seams and I want to rip it off him. See those chiseled muscles for myself. But not on the clock. Not like this.

“Hey, you take your work seriously, not going to fight you on that,” he says, raising his hands in defeat, a smile pressing across his face again, like he knows something I don’t. “But before you go, what’s your name?”

I hustle away, tray in hand, and make it into the kitchen without falling over my own two feet. Because even though I just walked away from his offer, I don’t want to trip on my ass in front of him.

I hope he’ll remember my name and look me up later.

When I’m not at work.

Putting on the Dog by Cynthia Baxter
For a Rainy Afternoon by RJ Scott
DARE: A Bad Boy Romance by Carmen Faye
Lie With Me by Sabine Durrant
Soaked (The Water's Edge #2) by Stacy Kestwick
Bad Animals by Joel Yanofsky
Siren-epub by Cathryn Fox
Held (Gone #2) by Claflin, Stacy
Patrick McLanahan Collection #1 by Dale Brown
Jolly by John Weston