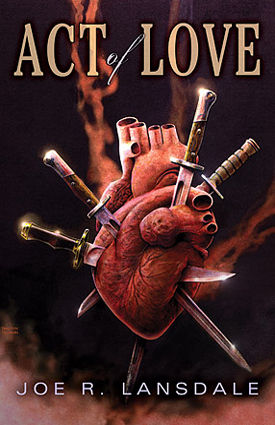 This custom-made eBook was scanned, assembled, proofed, ref-romatted and converted by
FLYBOY707.
The source for this eBook was the original 1981, first edition, first print hardback book.
I took great care to retain the original format of the hardback as much as possible, while creating a perfectly formatted eBook for your eReader.
As such, there were limitations of both the hardback and thos eimposed by an ereader that I had to overcome.
In the end, I velieve this to be 99.9% perfectly formatted for an eReader.
Finally, my main intent was to create this RARE book into an accessible form for all to read!
Enjoy!
flyboy707 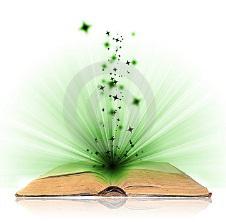 No rights are reserved. All part of this book may be reproduced in any form and by any means without the prior written consent of anyone.

I created this eBook directly from my scan of the original 1981, first edition, first print, hard-back
Act of Love
.

No portion of the text (i.e. the actual words of the author) of my ebook has been altered in any way.  I have only added an author’s “Forward” to the book that I created from two book descriptions from publishers of the original novel.

I endeavored to duplicate the book as closely as possible, while making this eBook a retail-like format for your ereader device.  I keep as closely as possible to the paragraph and sentence structure, page breaks and chapter starts.  The “page breaks” you encounter throughout my ebook are exactly how they appear in the original novel.

Due to how ereaders function and displays ebooks, as well as, how the final conversion to an epub occurs, there are certain places within the original scan that I had to alter so that it would look correctly on your ereader.  My ebook was tested on a Nook Color primarily and also on an iPad 1 and 2.

Finally, my wish is for you to have a pleasurable reading experience!

In 1981, Joe R. Lansdale, then a noted short story writer, published his first novel, a paperback original entitled
Act of Love
. A ferocious account of the search for a killer known as the Houston Hacker, Lansdale’s debut was written years before the Hannibal Lecter phenomenon left its mark on American popular culture, years before the “serial killer novel” became a distinct — and highly marketable — publishing category. Thirty years after its initial appearance, this pioneering novel continues to exert a raw but undeniable narrative force.

Set in the vividly evoked urban squalor of Houston, Texas,
Act of Love
moves with great authority between the disordered mind of a compulsive killer and the increasingly desperate perspectives of the policemen who hunt him. In the process, it offers a detailed portrait of a complex murder investigation and anatomizes a city under siege, a city held hostage by a latter day Jack the Ripper.

As long time Lansdale readers will note,
Act of Love
introduces the soon-to-be-familiar figure of homicide detective Marvin Hanson. More importantly, it introduces, in embryonic form, some characteristic authorial virtues: the deceptively effortless prose, the flawless sense of place, the graphic depiction of inhuman violence, and the casually profane, instantly recognizable Lansdale humor. Unavailable for far too long,
Act of Love
makes a welcome reappearance in this deluxe anniversary edition, which includes the definitive text of the novel, a new introduction by the author, and a never before published short story featuring Marvin Hanson. The result is a significant — and necessary — act of rediscovery and an irresistible gift for Lansdale aficionados old and new.

The screeching of tires frightened Tommy, who was being followed by the blue van—its lights slicing into his Grand Prix like a razor.

"Crazy fool!" Tommy said as the van bumped the back of his car.

"What's he doing?" cried JoAnna, tossed forward into the dash. She clung to Tommy and fastened her seatbelt as the van bumped them again.

"Christ, I can't outrun him I He's got something special under that hood!" Tommy screamed, his speedometer nearing eighty. "Ever seen someone take a right turn at eighty?" he asked JoAnna.

The tires screamed and sparks flew out from beneath the car as the axle bounced down and scraped the pavement. It mounted a curb and ended up in the soft dirt of a front lawn. It yawned and heaved but remained still. All Tommy and JoAnna could hear was the whine of the engine and the whirl of the tires—as the van quickly approached them and came to a stop.

The van door opened. A dark shape, a man, emerged, wearing a long coat, but a hood covered his face. JoAnna, looking out the back window, saw something in his hand. Something long and shiny.

Tommy gassed the car in reverse and it bounced over the curb and into the street.

In less than thirty seconds the van was hot on their tires again, pulling neck and neck. The driver of the van, his hood pulled up over his head, looked like some kind of monk.

And just as the van reached them, a tire on the Grand Prix blew . . .

Who knows what evil lurks in the hearts of men?

—From the opening of
The Shadow

It will have blood

I could not love except where death,

Was mingling his with Beauty's breath

Oh let me love you

I watch them fade

For I shall dream of falcon flight and pray

for all consuming night and,

I will be your minute man,

and show you love, I know I can I

Oh let me love you with my blade.

Pearl Harbor is not just the place the Japanese bombed; it has a namesake, so christened for the blood that's been shed there—more blood than the original Pearl Harbor ever saw. It's a vicinity in the Houston, Texas ghetto called The Fifth Ward. It's just off Lyons Avenue (Soul Street) and Jensen, and if you're thinking of suicide, or if you want to get cut from ear to ear, it's the place to stroll late at night, jingling your money. For that matter, you don't need money. Saying goes, "There's folks down there can't sleep at night unless they've killed somebody."

So death, blood and violence are no strangers to Pearl Harbor and The Fifth Ward ghetto. It's a tight, black world crowded with both flesh and poverty; a cesspool of despair. Over thirty-four percent of its residents live below the poverty level compared with Houston's ten percent. The median income of The Ward is just over five thousand dollars, while Houston's overall average is almost ten thousand dollars.

The people of this ghetto, like ghettoes everywhere, are swamped in the darkness of ignorance, pain and destruction. But for all its seething hatred and explosive violence, it is endowed with a peculiar sort of pride fostered by emptiness and desperation. A pride that allows its members to not only live in pain, but in occasional joy . . . and sometimes it must share in something that is not quite either. Something that is certainly no joy, and something beyond the pain of The Ward's daily existence.

Something akin to horror.

Something that did not end there, but began there.

Something like the arrival of the cold, calculating madman who would come to be known as "The Houston Hacker."

Ultima by Stephen Baxter
The Perfect Couple by Brenda Novak
True Bliss by Cameron, Stella
Close Relations by Deborah Moggach
Cherry Adair - T-flac 09 by Edge Of Fear
Like Gravity by Johnson, Julie
The Dictionary of Homophobia by Louis-Georges Tin
The Write Dream (Storage Ghosts) by Gillian Larkin
From Russia Without Love by Stephen Templin
The Centaur by Brendan Carroll