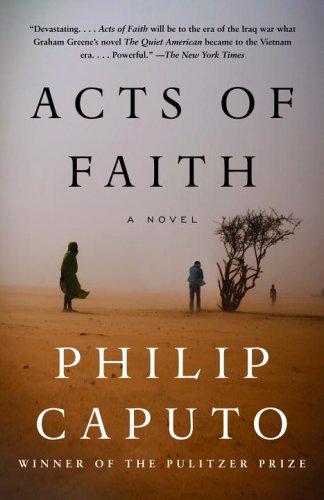 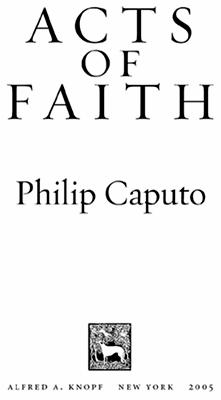 BOOK ONE: Outlaws and Missionaries

PART ONE: Man of All Races

A Clash of Cultures

BOOK TWO: Flights to the Dark Side

Brothers and Sisters in Arms

Star at the River’s End

Beyond the Rivers of Ethiopia

God and the Devil

With thanks to my wife, Leslie, for her advice and patience through a project that took more than four years; to Asya Muchnik for her superb translation work, and to Patrick Butler, Dale Roark, and Heather Stewart, for their stories and insights.

All things have I seen in the days of my vanity: there is a just man that perisheth in his righteousness, and there is a wicked man that prolongeth his life in his wickedness. Be not righteous over much . . . Why shouldest thou destroy thyself? . . . For God shall bring every work into judgment, with every secret thing, whether it be good, or whether it be evil.

It seemed to him that every conviction, as soon as it became effective, turned into that form of dementia the gods send upon those they wish to destroy.

I
BRAHIM
I
DRIS
—
omda
(chief) of the Salamat, a seminomadic Arab tribe; also a warlord commanding a detachment of
murahaleen
, irregular Arab cavalry used as raiders by the Khartoum government

H
ASSAN
A
DID
—multimillionaire Kenyan businessman of Somali extraction, an investor in Knight Air

Note:
This book is a work of fiction. It should not be taken as an accurate representation of the events that inspired it. None of its characters, whether modeled on real people or created wholly out of the writer’s imagination, are intended to resemble any persons, living or dead. 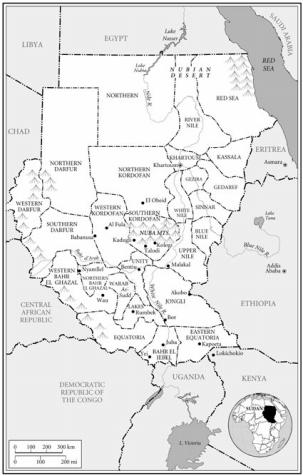 O
N A HOT
night in Lokichokio, as a generator thumps in the distance and katydids cling like thin winged leaves to the lightbulb overhead, he tells his visitor that there is no difference between God and the Devil in Africa. Whoever understands that in his blood and bones and guts, where true understanding resides, will swim in its treacherous currents; whoever doesn’t will drown.

This observation has come from out of nowhere, during a lull in the conversation, and the visitor’s first impulse is to brush it off as some random thought that has popped into Fitzhugh’s beer-fogged brain and then out of his mouth; but because she is new to Africa, it occurs to her that he might be giving some advice, or a warning, and that she ought to pay attention.

She is a dark-haired American journalist in her late twenties, and a magazine assignment has brought her to Lokichokio, a town as squalid as it is remote, hidden away in the barren, bandit-haunted plains of northwestern Kenya, some thirty miles from southern Sudan. Years ago that accident of geography lifted Lokichokio out of obscurity and transformed it from a market town for local Turkana tribesmen into a headquarters for the armies of international beneficence. Just beyond its shabby shops and warrens of stick and straw huts, acres of warehouses, depots, and fenced compounds stretch away from an airfield where cargo planes land and take off every day, shattering the desert stillness. The planes fly for the United Nations and private relief agencies enlisted under its pale blue banner, delivering humanitarian aid into Sudan, where a civil war between the Muslim Arabs of the north and the Christian and pagan blacks of the south conspires with periodic droughts to create misery on a scale colossal even by African standards.