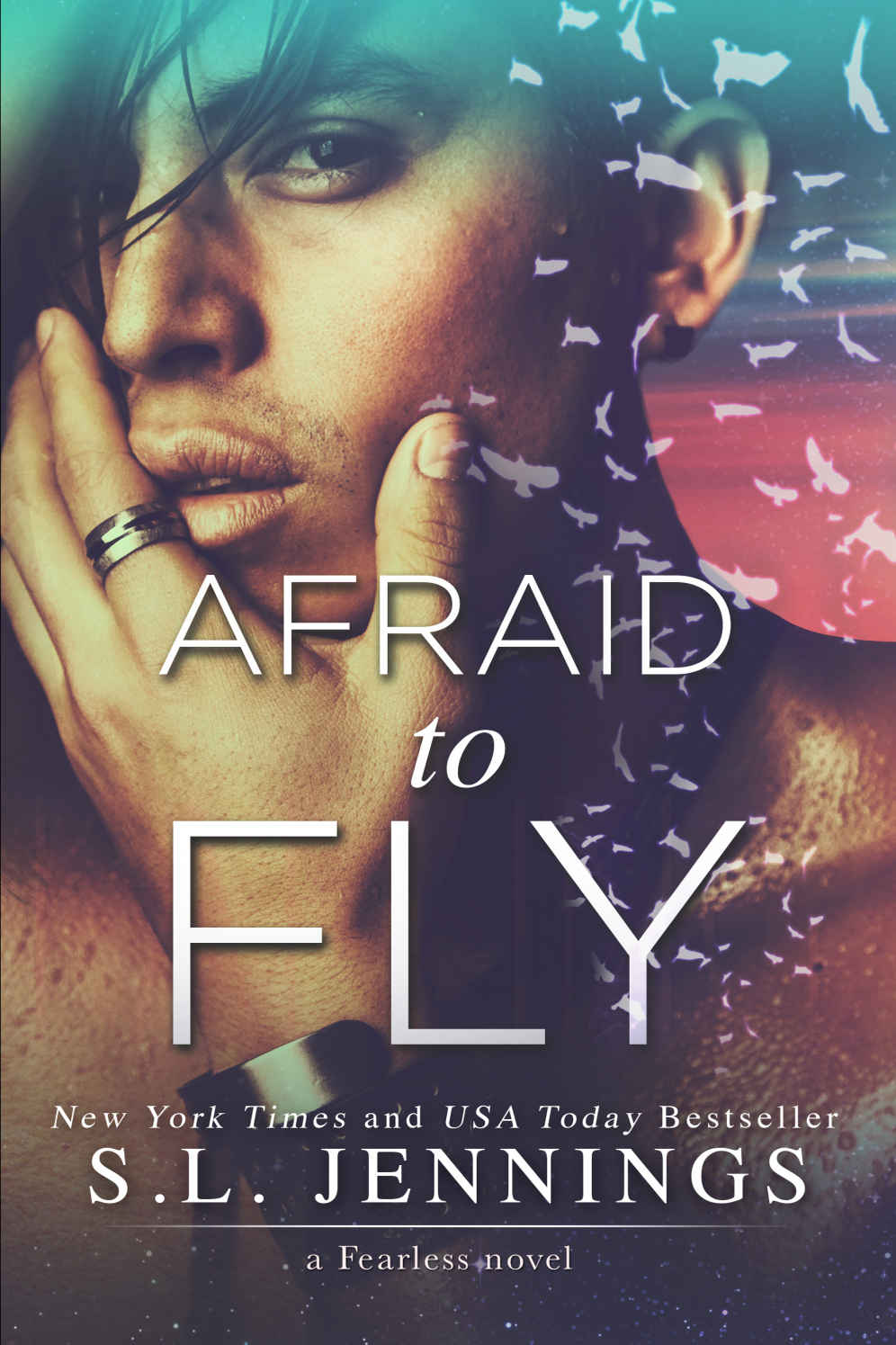 All rights reserved. Without limiting the rights under copyright reserved above, no part of this publication may be reproduced, stored in or introduced into retrieval system, or transmitted, in any form, or by any means (electronic, mechanical, photocopying, recording, or otherwise) without the prior written permission of both the copyright owner and the above publisher of this book.

This is a work of fiction. Names, characters, places, brands, media, and incidents are either the products of the author’s imagination or are used fictitiously. The author acknowledges the trademarked status and trademark owners of various products referenced in this work of fiction, which have been used without permission. The publication/use of these trademarks is not authorized, associated with, or sponsored by the trademark owners.

Cover design by Mae I Designs

The Consolation Duet by Corinne Michaels

Exiled to a permanent state of loathing where pain reigns supreme, and I was but a lowly whipping boy, spoon-feeding the monsters of my past with my own guilt and shame. A place where those same feelings fueled my constant need for acceptance and love, causing the misery to corrode my morality, and left me to douse the burn with hollow, tear-stained lies. Where regret was my only friend, and he was a cold motherfucker.

I’d been here before.

No, seriously. I’d been here before.

I wouldn’t call myself a regular at The Pink Kitty, but I was far from a stranger. The drinks were strong, the music loud and provocative. And most importantly, the girls were hot and impressionable.

There wasn’t much more a guy like me could ask for.

“Dude, I can’t believe you brought me here.”

I looked over at Blaine Jacobs, the boyfriend of my best friend/soul mate/former roommate, and shrugged with a sly smile. “Hey, you’re the one who said you needed to get out. What’d you think men do on Guy’s Night Out? Talk?”

“Well . . . yeah. I’m not saying I haven’t contributed my fair share of singles to a few college funds but, shit, you know Kam will kick my ass.”

Chuckling, I appraised our front row entertainment with hazy eyes, following the hypnotic, pendulum sway of her shapely hips. Cherri, two Rs and an I. Twenty. Virgo. Got her name from her fetish for fruit in some unconventional places, and her affinity for the color red.

“Relax, B,” Blaine’s cousin, CJ, chimed in, smacking him playfully on the shoulder. “Kami’s cool. Besides, ever since you two moved in together, I hardly see your ass. Fuck, is her pussy made of gold or something? It better be, considering that you’ve been acting whipped as shit. What the fuck, man? It’s not like you’re married!”

Blaine leaned forward and set his elbows on his knees before his narrowed eyes connected with CJ’s, brewing an ice storm of wrath. I could feel the temperature drop 30 degrees. Judging by the hardness of Cherri’s nipples just inches from my face, she could feel it too.

“First of all, that’s the last time you ever mention any part of my woman, especially the space between her thighs. I better not even hear an obscene word and her name in the same fucking sentence. Don’t even think it. The second you want to spout off some dumb shit and utter her name—don’t. Not unless you want to keep your teeth. You got that?”

Just when I thought Blaine would cause CJ to disintegrate under the hostility of his glare, his expression changed from murderous to somewhat thoughtful. He leaned back in his chair and exhaled a breath into the cheap perfume and sex-scented air.

“And yeah . . . I do need to talk. So try to fold your wagging tongues back into your mouths for two seconds, ok?”

I turned away from Cherri’s routine to “Sweet Cherry Pie” and gave Blaine my full attention. He was a pretty chill dude, for the most part. The seriousness of his voice had me on high alert, sirens and bells colliding with the bass vibrating my skull. He wasn’t fucking around.

Blaine let out another breath and tugged at his wayward hair, before rubbing his inked hands against his jeans. “I’m going to ask Kam to marry me.”

“What?!” CJ and I shouted in unison. I couldn’t turn away from Blaine’s ashen face, but I could bet my left nut that CJ’s eyes were just as bugged out as mine.

“Yeah. I’ve been thinking about it a lot lately,” he continued. “And, shit, I know I’ll never want anyone else. There
is
no one else. And it’s bad enough that we’re doing things ass-backwards with the baby coming and all. I just want us to be a real family. For our baby to have parents that share the same last name.” He moved his jaw like he did when he was nervous or deep in thought about some shit—usually Kami’s shit—before grabbing his beer and tipping it back. He was already signaling for another before he slammed the empty bottle down.

I closed my gaping mouth and tried to stifle the odd, conflicting feelings churning in my gut. Kami and Blaine were definitely right for each other. He was patient, understanding and protective with her. Hell, he was a fucking saint to put up with all her varying degrees of crazy. And somehow, he made all the bad shit she had been through easier for her to digest. No, he could never fully take it all away—her past was what made her who she was. But Blaine loved her in a way that made it ok. He made her see that the past was just that . . . the past.

However, Kami was just as haunted by her ghosts as I was about mine. She was a delicate thing. One wrong move and she would be running, willing to give up on her shot at true happiness. And marriage was a huge step—something I wasn’t sure she would ever be ready for. Shit, maybe she never
could
be ready for something like that. I know I couldn’t.

“Dude, are you smokin’ crack? Marriage? Are you shittin’ me?”

Thank fuck for CJ and his big mouth. Blaine was more preoccupied with his cousin’s insolence to notice my less than joyous expression. I liked Blaine—at least I did now. We had come a long way since earlier this year when he decided to insert himself in our lives and make our crazy little nutcase fall in love with him against her better judgment. But part of me would always feel like no one would be good enough for her. Whether they rode up on a big ass pick-up truck or a white stallion, Kami Duvall would always be too good for any guy, myself included.

Did I want to be good enough for her? Hell yeah. More than anything. But I gave up on that a long time ago. I loved her too much to burden her with my past bullshit when she had so much of her own suffocating her.

“Hey. Earth to Dom,” Blaine said, waving a hand in front of my face.

I blinked my glazed eyes a few times before they focused on the guys. “Huh?”

“I said, I’m about to call it a night, fellas. I haven’t had a Saturday night off in months, and I’m not about to spend it in a place like this. Why the hell should I be at a strip club when I have a drop dead gorgeous girl at home waiting for me?” He pulled out his wallet and slapped a bill onto the table. “Next round’s on me.”

“Yeah, yeah,” CJ replied, waving him off. “More T&A for us.” He returned his attention to the stage just as the next featured dancer’s song began.

Shaking his head at his cousin, who was lewdly adjusting himself, Blaine turned to me. “So Dom, I just wanna get your take on all this. You’re cool with it, right? Because if you’re not, you know Kami will never go through with it. And I wouldn’t even press the issue.” Again, he tugged at the longer layer of hair grazing his forehead. “It just would really mean a lot to me to have your blessing.”

I dropped my gaze down to the drink in my hand, not really knowing what to say. Shit, was I ok with this? With Kami being married? She wouldn’t be
my
Kami anymore. She’d be his.
Blaine’s
Kami. Fuck, to be honest, she already was.

“Yeah, man,” I managed to smile, clapping Blaine on the back. “You got it. I wish you two nothing but the best. Congratulations.”

Blaine exhaled the nervous breath he had been holding, and his face split into a cheesy-ass grin. He was a good one. Something I’d never be. And now he was even better because he was humble and considerate enough to ask for my blessing. “Thanks. That means . . . that means a lot. You have no idea.”

Fortune and the Golden Trophy by Stacy Gregg
Spitfire Women of World War II by Whittell, Giles
Fire And Ice by Diana Palmer
BUFF by Burns, Mandy
Game: A Thriller by Anders de La Motte
The Pirates! by Gideon Defoe
Crisis Four by Andy McNab
Skye Cree 02: The Bones Will Tell by Vickie McKeehan
The Water's Kiss by Harper Alibeck
A Chance Mistake by Jackie Zack