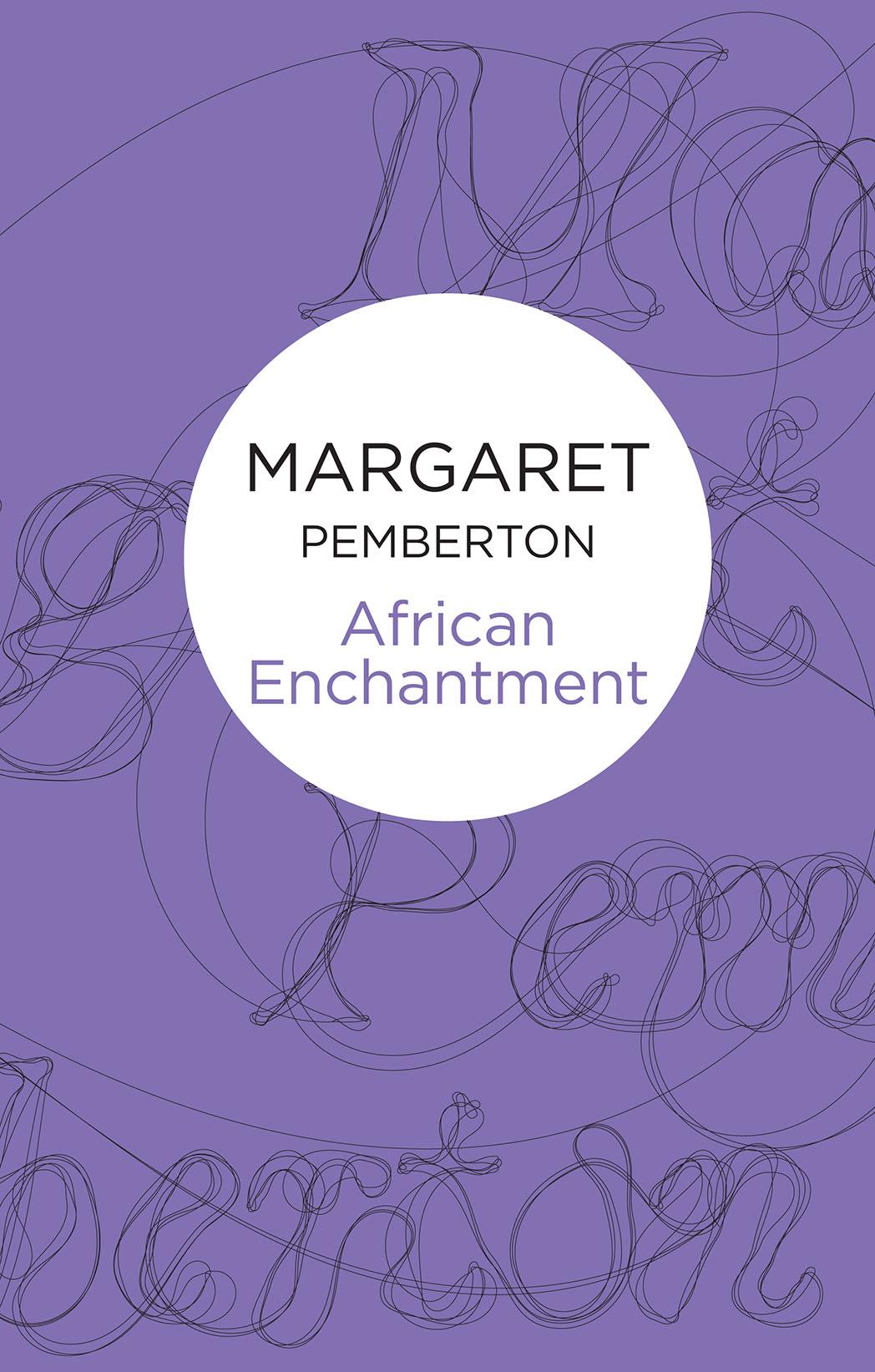 Margaret Pemberton is the bestselling author of over thirty novels in many different genres, some of which are contemporary in setting and some historical.

She has served as Chairman of the Romantic Novelists' Association and has three times served as a committee member of the Crime Writers' Association. Born in Bradford, she is married to a Londoner, has five children and two dogs and lives in Whitstable, Kent. Apart from writing, her passions are tango, travel, English history and the English countryside.

To Christine Cooper, who would
have gone if she could.
Chapter One

âPapa! Papa! Please don't die!' Tears streamed down Harriet Latimer's cheeks as she cradled the unconscious figure of her father in her arms. Around her the darkening desert stretched to seeming infinity. Only the palms beneath which they sheltered broke the monotony of the ever-shifting dunes.

Henry Latimer stirred, his eyes fluttering open, glazed and unseeing. âThe Nile,' he muttered, barely coherent. âThe white fountains of the Nile.' Then his breath rasped in his throat and he lay still once more.

She eased his head gently from her lap and covered him with the blanket that was his only protection against the bitter cold of the oncoming night. Fear gripped her, crippling in its intensity. They were nearly a thousand miles south of Cairo, lost in the vast expanse of the Nubian Desert. Her father was dying and her own death could not be more than days away. The oasis they had thought to be their salvation had proved to be waterless; the last of the food had been eaten. Hope, which had sustained them for so long, had finally fled.

A desert gazelle approached the palms, seeking water that did not exist. Harriet's heart began to pound. A gazelle meant meat and meat meant a renewal of hope. Her hands closed around her father's rifle. Swiftly she rose to her feet and took aim. The shot shattered the stillness of the night; the gazelle bounded to safety. The oasis was as deserted as before. The dream of exploration that had burned so brightly lay in dust and ashes. Only death remained.

Raoul Beauvais reined in his horse in a flurry of sand at the sound of the rifle shot. His dark brows met in a deep frown. A rifle was not a tribesman's weapon. With a kick of heel to flank, he wheeled his horse around and galloped hard in the direction of the distant oasis.

The soft sound of hooves penetrated Harriet's distress. She gasped and lowered her hands from her tear-wet cheeks, listening intently. It was no illusion. A horseman was approaching. Hope and fear fought for supremacy. If it was a European, then they were saved. If it was one of the tribesmen who had stolen their camels and provisions, then she faced a more unspeakable death than one from hunger and thirst.

She scrambled to her feet and grasped the stock of the rifle with trembling hands. Behind her, her father lay helpless and silent. Bravely she stood in front of his inert body and lifted the rifle to her shoulder. The white of the flowing Arab robes billowed clearly against the dark horizon. A sob escaped her lips. She would meet with no kindness at such hands. She had no protector. Her only chance of salvation lay in frightening her unwelcome visitor away. Even in the black velvet of night she could see the plumes of sand that flew around him and the lean, powerful lines of his body.

âHalt!' she cried in a trembling voice, her finger tightening around the trigger. âHalt, or I shoot!'

There was a startled oath and the horse reared as it was sharply reined in.

The stock of the rifle bruised her shoulder, its weight excruciating in her weakened arms.

A deep voice cursed and then the unseen rider continued relentlessly onward.

âStop!'
Her voice held panic and fear. With cool insolence the horseman continued to ride towards her. The blood thundered in her ears, her heart hammered wildly. She had no alternative but to shoot. He was in her sights, another few seconds and he would be upon her and it would be too late. With a low moan she closed her eyes and squeezed the trigger.

There came the sound of a body hitting the sand and the terrified whinnying of a horse.

âOh God!' she sobbed, and opened her eyes. The white-robed body rolled beneath flailing hooves and then sprang upright, sprinting towards her.

Clumsily she tried to reload the rifle and failed. Her hands were shaking, damp with sweat.

âNo!
No!
' she cried, as the rifle was seized brutally from her grasp and tossed aside into the darkness.

âYou little fool! You nearly killed me!' The voice was tight with anger. âWhere are your companions â¦ your porters?' The deep, rich voice, speaking English with only the faintest of accents, halted her rising hysteria. She struggled for breath and control.

âOur porters have fled,' she gasped, pressing her hands against her still-racing heart. âWe are alone.' She stepped aside and revealed the unconscious figure of her father.

Raoul moved swiftly, and as he knelt at her father's side, Harriet saw the gleaming curve of a jewelled dagger at his waist. An Arab, he was of a very different breed to the tribesmen who had stolen their camels. Once more hope began to grow tremulously.

âWill you help us?' she asked. âMy father is ill and weak and I must get him to Khartoum as quickly as possible.'

Slowly, Raoul rose to his feet and gazed down at her. She was petite, the gold of her hair scarcely skimming his shoulders. In the brilliantly starred desert night he could see that her face was heart-shaped, her eyes tantalisingly tilted and long-lashed.

He said, with unaccustomed gentleness, âKhartoum is a long journey from here. You would do better to return to the coast.'

Harriet's veneer of control evaporated. âWe cannot!' Her brave heart nearly failed her at the prospect of retracing her steps across the pitiless desert. âWe have no provisions: tribesmen stole them. We have been wandering, lost and alone, for days â¦ weeks â¦ My father will die unless he receives shelter and nourishment â¦'

Strong hands reached out for her, grasping her shoulders.

âNo,' she whispered, feeling what little strength remained drain out of her body. âNo. Oh no!'

Despairingly she stumbled the few steps to her father's side and sank on to her knees, cradling him in her arms. His dreams of discovery were over. A slight smile remained on his lips as if, at the very end, he had believed them to have been realised.

Raoul watched her silently, grim-faced. His detour was going to cost him several days' travelling time. She would have to be escorted to Khartoum and he would have to remain with her until a suitable escort was found to accompany her back to Cairo. It would be no easy task. Khartoum's inhabitants consisted mainly of Turks and renegades â men who would sell their sisters into slavery if the price were high enough. Uncharitably he cursed the dead man lying a few yards away from him. Whoever he had been, he had been a fool. The Khartoum of the mid eighteen-hundreds was no place for a woman. The most remote city in the world was a pit of iniquity, so far removed from government that it had become a law unto itself, a vast trading post for hapless Africans, bought and sold like cattle. He doubted if the grief-stricken English girl had any idea what lay ahead of her.

She had spoken of Khartoum as if reaching it would end all her troubles. Even his hardened imagination shrank from the thought of what her fate would be in such a city. She could not possibly stay there. Arrangements would have to be made for her to leave immediately: unless he altered direction himself and personally escorted her back to Cairo. He dismissed the idea impatiently. It would take six to eight weeks and it was time he could not spare. Besides, he was not a nursemaid. Her predicament was not of his making.

He said curtly, â We must be on our way. Travel is easier at night than through the day's heat.'

The harshness of his voice startled her. She turned her head, raising it to his, her eyes pleading.

âThen help me with my father,' she said, her voice thick with suppressed tears as she closed his eyes and pulled the blanket high around him.

âThere is no time,' he said, hating himself for his callousness.

Harriet stared at him in bewilderment. âI do not understand you. It will take only a little while to dig a grave and then â¦'

âI am digging no graves!' The robe that had been covering the lower part of his face fell away as he moved angrily. âI have been delayed long enough. We leave immediately.'

Harriet stared at him in disbelief. âYou cannot mean to leave him here like that! My father has served his Maker all his life. He deserves a Christian burial.'

Narrowed eyes blazed in a lean, dark face. âThis is the desert. The sand will cover him within hours. Now hurry. I want to be well on my way before sunrise.'

Harriet stared at him aghast. â You cannot mean it!'

âI assure you I mean every word. Pick up your things.' He gestured towards her discarded hat with its broad brim and veil and the well-worn Bible at her father's side.

âNo!' Harriet was trembling, but not with fear. She was trembling with a fury she had never thought herself capable of. She faced the handsome, almost satanic features defiantly. â You may leave him but I will not! I will bury him myself!'

His eyes blazed and she flinched involuntarily. With an oath he spun on his heel, his robes whipping around his powerful body. For a second she thought he was returning to his horse, but instead he strode to the foot of the nearest palm and began scooping furiously at the sand beneath its shade.

She let out a deep shuddering breath of relief and with her face still wet with tears, walked across the dark, soft sand, kneeling at his side.

The sky was reddening to dawn before their task was complete. It had been accomplished in silence: by Raoul, because to speak would have been to give way to his anger and impatience; by Harriet, because she was numb with grief.

John Donne - Delphi Poets Series by John Donne
The Painted Lady by Barbara Metzger
Be My Hero by Nell Dixon
Ivory Carver 02 - My Sister the Moon by Sue Harrison
Creatures of Habit by Jill McCorkle
Project Terminal: End Game by Starke, Olivia
Los nómades de Gor by John Norman
Ripped in Red by Cynthia Hickey
Stripe Tease by Milly Taiden
It's Not Me, It's You: Subjective Recollections From a Terminally Optomistic, Chronically Sarcastic and Occasionally Inebriated Woman by Stefanie Wilder-Taylor