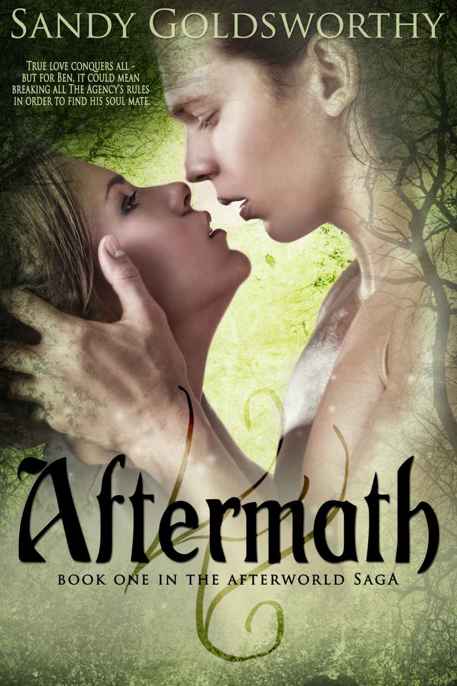 THIS book is a work of fiction.  Names, characters, places and incidents are the product of the authors' imagination or are used factiously.  Any resemblance to actual persons, living or dead, business establishments, events or locales is entirely coincidental.

NO part of this book may be reproduced, scanned, or distributed in any printed or electronic form without permission.  Please do not participate in or encourage piracy of copyrighted materials in violation of the author's rights.  Purchase only authorized editions.

Tell me you didn’t go back to that lake again, Benjamin.

Molly’s piercing thoughts jerked me back to reality. I shook my head and cast a second line into the murky waters of Lake Bell. The narrow passage on the backside of the island was home to the largest northern pike in the county.

You’re pretending to be fishing, but you’re really sitting in that tin can of a boat that’s decades older than you would be, if you were still alive.

After a long mission, I should be entitled to some time off.

I can read your mind. Or, has that human disguise made you forget our world?

I chuckled and nodded to the electronic device humans called a phone. It sat on the bench in front of me. The hologram of my brunette partner appeared. We were alone, but I glanced around anyway.

Maybe Molly was right. I was on earth far longer than any other time since I died.

“Relax, Benjamin. No one in their right mind would be out at this time of the morning.”

“Hey! I used to fish in this spot every day when I lived here.”

“Nice. I’ve been gone for almost ten years, and this is how you welcome me back?” Our laughter was muffled against the thick vegetation lining the shores around us.

“Tell me. How was your mission?” Molly flashed a telling smile.

“We both know you came here to lecture me.” Molly shook her head and started to respond. I held up my hand. “No. Before you tell me it’s time to let go, it’s time for me to pick up the pieces of my existence and look to the future, I want you to know I’ve done some serious thinking.”

“Nope. You should know this is my last trip. I visited the bait shop in Riverside, said goodbye to the owner this morning, and drafted papers to sell my folks’ house on the other side of the lake… I’m ready.”

Molly wrinkled her forehead for an instant.

Molly looked down, her hands clasped together. “You should really think about what you’re doing.”

“Rash? I’ve been looking for Elizabeth since 1941, and you’ve been nagging me ever since.”

Molly’s face went pale. I peered into her mind, but her thoughts were clear, an obvious sign she was shielding me. It was a game we used to play when I was in training at The Farm. As a rookie, my skills were constantly tested. At first, Molly was stronger than I was, blocking me out of her mind. Eventually, I learned to break her barriers. All I had to do was concentrate…

“Benjamin, stop! We got a call,” Molly blurted out.

“While you were on assignment, a call came into dispatch.”

“So? Hundreds of calls come in every second.”

“A girl broke her arm. She was rather distraught, I’d say. She was only six years old. Poor thing. Else, I’d never known. Dispatch would have assigned her case to a patrol unit to investigate and then filed it away.” Molly took a deep breath before continuing. “Did I tell you I was assigned to office duty? I can’t say I enjoyed it. Of course, giving tours wasn’t bad. I had a chance to meet some new recruits. Not that I’d want to partner with any of them. Oh! I heard you met Bianca. She told me to say hello.”

She jumped in response. “Oh, yes. My apologies for drifting.” For a slight moment, Molly looked uncomfortable.

“What are you trying to tell me?”

After a moment of hesitation, she whispered, “I found Elizabeth.”

The movement of my fishing pole distracted me. I stared at the spot where the line pierced the water and hung the bait precisely twenty-eight feet, five-and-a-half inches below. Pointing my index finger, I moved it in a slow, circular motion. The line stopped twitching, and the fish moved on.

Out of habit, I lit up a cigarette and took a long drag. Regrets suddenly hit me. She was gone. Lost. All those years I looked for Elizabeth, the years undercover I searched for her… Instead, she was living another life?

I took a second hit and held my breath for a moment.

Memories of my wife, Elizabeth, warmed me. Her bright blue eyes and gentle smile had caught my attention back in 1931. We were young, innocent, and alive. I didn’t know it then, but that Saturday, at Hudson’s Grocery in Riverside, I met my soul mate. We married a few years later and welcomed a son, Danny.

Did you hear me?

I ignored Molly and recalled the last time I saw Elizabeth.

“These eight months will go by quickly. You’ll see.” It was my last tour of duty on the
USS Arizona
. “I’ll be home soon. I promise.” They were words that still haunted me today.

I never made it home and never saw Elizabeth again—not on earth or in my world, either. I died on December 7, 1941 at Pearl Harbor. It was the reason I chose to join the Bureau and train as an undercover agent. It gave me a chance to search for the love of my life.

“Benjamin, she couldn’t contact you. There was a breach of contract.” Her tone was soft. “It wasn’t your fault, or hers.”

Thoughts circled silently between us. I was numb. Emotions I expected, words I wanted to speak, failed me.

A fish nibbled on my bait again. This time, I didn’t move to stop it. I watched the tapping of the line in the calm water, one, followed by another. The fish grabbed hold and the line tightened, bending the pole downward. I reeled in my catch and released the fish back to the waters below, in one automated motion.

To the east, the sky turned a dark purple—the dawn of another day.

The History of White People by Nell Irvin Painter
Janie Face to Face by Caroline B. Cooney
The Sanctuary by Arika Stone
The Wedding Dress by Kimberly Cates
A Killing at Cotton Hill by Terry Shames
Princess In Training by Meg Cabot
The Secret Friend by Chris Mooney
The Mad Earl's Bride by Loretta Chase
Is You Okay? by GloZell Green
A Tiger's Destiny (Tiger Protectors Book 3) by Terry Bolryder