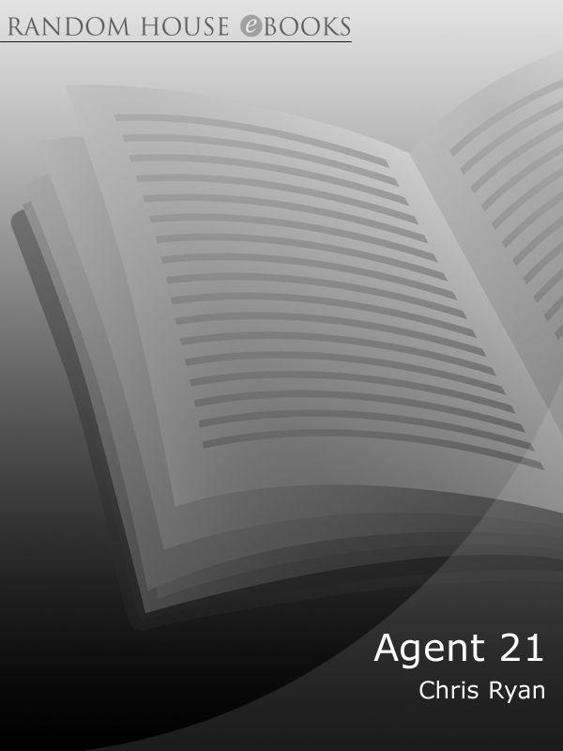 I work for a government agency. You don’t need to know which one . . . The people we are looking for are of a very particular type . . . You fit a profile, Zak. A very precise one.

What happened to the twenty young agents before him he doesn’t know. What he does know is that is life is about to change for ever. 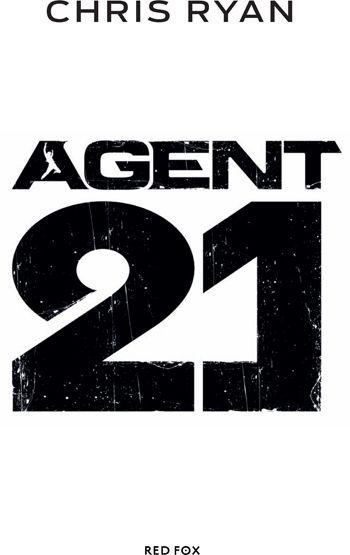 The right of Chris Ryan to be identified as the author of this work has been asserted in accordance with the Copyright, Designs and Patents Act 1988.

All rights reserved. No part of this publication may be reproduced, stored in a retrieval system, or transmitted in any form or by any means, electronic, mechanical, photocopying, recording or otherwise, without the prior permission of the publishers.

• Joined the SAS in 1984, serving in military hot zones across the world.

• Expert in overt and covert operations in war zones, including Northern Ireland, Africa, the Middle East and other classified territories.

• Commander of the Sniper squad within the anti-terrorist team.

• Part of an 8 man patrol on the Bravo Two Zero Gulf War mission in Iraq.

• The mission was compromised. 3 fellow soldiers died, and 4 more were captured as POWs. Ryan was the only person to defy the enemy, evading capture and escaping to Syria on foot over a distance of 300 kilometres.

• His ordeal made history as the longest escape and evasion by an SAS trooper, for which he was awarded the Military Medal.

• His books are dedicated to the men and women who risk their lives fighting for the armed forces.

Published by the Random House Group for adult readers:

Fight to Win: Deadly Skills of the Elite Forces

Stand By, Stand By

This is the first book in my brand new series
Agent 21
. In it, the main character, Zak, loses his family in a tragic accident and is then recruited by a government agency to become Agent 21.

On his first mission Zak is sent out to Mexico. I’ve worked in and travelled throughout Mexico many times, and believe me when I say it’s one of the most dangerous places on Earth. It’s run by notorious drug cartels, who not only fight between themselves but also fight the security services.

This is fast-paced and action-packed as always.

I hope you enjoy it.

It didn’t take them long to die. It never does. Not if you do it right.

Al and Janet Darke had been looking forward to their trip. Lagos in Nigeria might not have been their first choice, but as the university where they worked had paid for them to come here for an international climate-change conference, they didn’t want to miss the opportunity of travelling around a bit once it was over.

They were a quiet couple. They kept themselves to themselves. They had both felt a bit scared when their taxi drove them from the airport into the busy, noisy, dirty city of Lagos. Cars sat in traffic jams, bumper to bumper. Their fumes made it difficult to breathe. Some of the buildings they passed looked quite grand; others were just shacks made out of metal sheets. And there were thousands upon thousands of people, everywhere. It made Oxford Street at Christmas look like a desert island.

So when they arrived at their hotel – a posh one called the Intercontinental, bang in the middle of the city – they holed up in their room for a bit. Getting used to the heat and to being in a strange place. A shower. Some food.

‘Zak would like it here,’ Janet said as they stood on their balcony and looked out over the chaos.

‘If Zak was here,’ Al replied, ‘he’d be out there nosing around already. You know what he’s like.’

It felt weird coming away without their son, but it was 22 April and the summer term had just started so they didn’t have much choice. Not that a couple of weeks out of school would have harmed him. Zak was a smart kid. Good with his hands. Good with his brain. The kind of boy who knew how to take care of himself. He had seemed perfectly happy to be staying with Janet’s sister and her family. Vivian and Godfrey were a bit severe, but Zak got on well with his cousin Ellie. His parents were sure they’d be having a good time.

1974 - Goldfish Have No Hiding Place by James Hadley Chase
GMO 24- The Coalition- A Tale Of Prepper Survival (GMO 24- A Tale Of Prepper Survival Book 1) by Hunt, James
Masters of the Maze by Avram Davidson
When Time Stops: Dragon Shifter Surprise Pregnancy Romance by Anya Nowlan
The Memoirs of Mary Queen of Scots by Carolly Erickson
Too Near the Fire by Lindsay McKenna
Whispers of Death by Alicia Rivoli
Euthara by Michael McClain
Hard Case VII - Red Waves (John Harding Series Book 7) by Bernard Lee DeLeo
Indomitable Spirit by Bernadette Marie