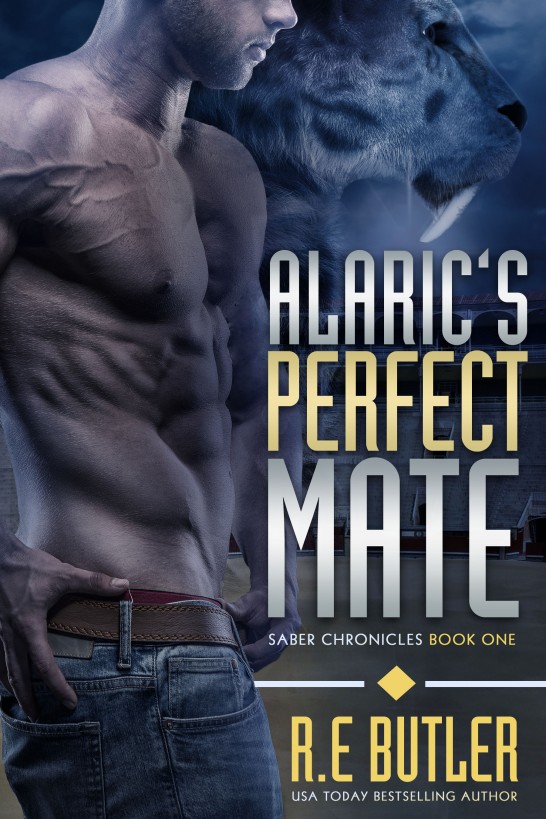 This book is licensed for your personal
enjoyment only. This book may not be re-sold or given away to other
people. If you would like to share this book with another person,
please purchase an additional copy for each recipient. If you’re
reading this book and did not purchase it, or it was not purchased
for your use only, then please purchase your own copy. Thank you
for respecting the hard work of the author.

This ebook is a work of fiction. Names,
characters, places, and incidents are the product of the author’s
imagination and not to be construed as real. Any resemblance to
actual persons, living or dead, events or locations is
coincidental.

Disclaimer: The material in this book is for
mature audiences only and contains graphic sexual content and is
intended for those older than the age of 18 only.

I’d like to thank Jennifer Moorman for
editing the story.

For Joyce Bange, the best sisterfriend a gal
could ask for.

Thanks to Shelley for beta-reading and being
a wonderful friend!

With love to B.B. and B.L. for your
support.

Other Works by R. E.
Butler

Aubrey Night looked at the envelope and the
wax seal that kept it closed. The wax was navy and thick, with a
circular imprint that looked like a medallion with a snarling wolf
in the center.

Her name was written in beautiful calligraphy
in the center of the ivory envelope. Glancing at her assistant,
Gretchen, she said, “Who dropped this off?”

She shrugged. “A guy in an expensive
suit.”

“Was he human?” Aubrey was human herself.

Gretchen, a wolf shifter, said, “I think he
was a fairy of some sort, but he also smelled like wolf.”

“Really? Do fairies work for wolves? Does the
delivery guy work for the people who sent the letter?”

“You’re asking me questions I don’t know the
answer to.”

“Because you’re always such a wealth of
information,” she said, smiling.

Gretchen and Aubrey had been friends since
high school. Aubrey’s brother, Caleb, was turned into a vampire
seven years earlier. He became master of the city of Belle Terra
three years ago, and he opened a supernatural hotel and made Aubrey
general manager. She’d immediately brought her best friend in as
her assistant.

“Well, not on this. Sorry, babe. The seal is
from the National Were-Fighting Association, though. That’s the
only thing I can tell you.”

Humming in her throat, she slid her finger
under the flap and opened it, pulling out the card inside. The
heavy paper was burned around the edges, giving it a gothic feel.
She read out loud.

“Jonathon Black requests the honor of your
presence at the opening night games of the National Were-Fighting
Association on Friday, October 1. Please join him in celebrating
this ancient tradition, with opening ceremonies to take place at
seven p.m.”

She pulled out four VIP badges and one
parking pass.

“Jonathon Black is an alpha wolf from the
West Coast. I don’t know what he’s doing here. Did Caleb approve
the NWFA to set up games in Belle Terra?”

“According to the address, they’re outside
our city limits. I don’t know if Caleb knows, but it’s not
technically our territory.”

“Maybe.” Aubrey looked at the invitation for
the fights the following night. “I’ll see what Caleb says.”

Pushing away from her desk, she left her
office on the first floor of the supernatural hotel and stopped at
the security desk. Because her brother was the master of the city,
she never went anywhere without a guard. Sometimes vampires who
thought they were more powerful than him tried to take him out or
get him to step down, and becoming collateral damage in a fight
over the city wasn’t Aubrey’s idea of a good time.

“I want to go see Caleb,” she told Gabriel,
one of the wolf shifter guards who watched the hotel’s comings and
goings from behind a large circular desk in the lobby.

“I’ll go,” Lance, another wolf guard, said as
he stood.

Gabe made a face at Lance, and Aubrey
chuckled. “I know I’m irresistible guys, but don’t fight over me.
There’s plenty of me to go around on the full moon,” she said,
wiggling her brows.

Winking, she turned and walked with Lance out
of the hotel. She hooked her hand on his arm as they walked the
three blocks to her brother’s office. She told Lance about the
invitation she’d received.

“I’ll see if Caleb thinks it’s a good idea. I
don’t know. Does Sky know about it?”

“Yeah. Some of the underground fighting
groups sanction to-the-death fights, but NWFA doesn’t. Most alphas
are okay with the group and let their people fight. The winners
usually make a few thousand dollars a night, and humans like to get
dressed up and watch our kind beat each other all to hell.”

Lance held open the door for her at the
office building. “Hell if I know. Humans are strange.”

She laughed. “Humans think supes are strange,
too.”

Supes
was the abbreviation that was
used for supernatural creatures, everything from witches to
shifters to fairies.

Leaving Lance in the reception area, she
walked up the stairs to Caleb’s office. His office, like the others
on the floor, was made of glass, so she could see he was feeding
from the neck of a scantily clad brunette.

Caleb lifted from her throat and said, “Come
in, Aubrey.”

“I thought you ate right at sunset,” she
said, sitting down in the plush chair across from the enormous
mahogany desk. He licked the wound on the woman’s neck. It healed
instantly. He set the woman on her feet, patting her butt and
pointing to the door.

The woman, a regular blood donor for her
brother, gave Aubrey a dirty look and stalked out of the
office.

“She likes you a lot,” Aubrey mused.

Caleb pulled a handkerchief from his pocket
and wiped his mouth. “I know. I told her there was nothing between
us but the donations, but she keeps trying to worm her way into my
chamber.”

“She’s a honey-blood.” At her arched brow,
Caleb said, “Because of her ancestry, she has sweet blood. It’s
rare, and so damn tasty.”

“You vampires always think with your fangs,”
she said, laughing.

“And I do usually feed right after sunset,
but I had a meeting, so I took bagged blood to stave off my hunger.
Now, what can I do for my favorite sister?”

Tossing the invitation to him, she watched
while he read and then looked at her. “Are you going?”

He handed the invitation to her and leaned
back in his chair, rubbing his chin with his fingertips. “I don’t
see why not. If you want to go, then do it. If not, then don’t.
Take guards with you, and for hell’s sake, don’t do anything to
embarrass me.”

His brow arched. “During the June full moon,
photos of you and two wolves made it to the tabloids.”

She blushed. At least she’d still had most of
her clothes on. A tabloid photographer had been recording the
pack’s full moon celebration and had noticed her and her two wolf
pals heading off into the woods and decided to see what the sister
of the master vampire of Belle Terra was doing. He’d gotten an
eyeful for sure.

“I promise to keep my clothes on.”

She stood and walked around the desk to kiss
him on the cheek. “I’ll let you know how it goes.”

“Keep your clothes on.”

“I already said I would.”

With a wave, she left Caleb’s office, met
Lance at the foot of the stairs, and walked back to the hotel.
After spending the evening thinking about the fight, she decided to
go. It couldn’t hurt to see what it was all about. If nothing else,
she’d get to wear a pretty dress and get out of the house for the
night.

Saber-tooth tiger shifter Alaric cracked his
neck as he sat up in bed, his body drenched in sweat. He’d had
another dream. Normally sex dreams were something he enjoyed, but
during the last year he’d begun to regularly dream about a female
with dark brown hair and creamy skin. Over and over he found
himself rolling around in bed in his dreams with the woman he was
certain was his truemate. The only problem was that he had no
fucking clue who she was or where to find her. When the dreams had
first started, he’d ignored them, expecting to find his mate at
some point. As the nights turned into weeks, he’d decided to
travel, hoping to stumble upon her. Joining up with the NWFA had
been the easiest way to travel.

The human government had regulations when it
came to shifters moving around the country. They were required to
register with each city they stopped in and state their business.
Joining up with the NWFA had meant that Alaric and his pride hadn’t
needed to register with anyone because they were employees. It
saved him a lot of red tape.

The door to his bedroom opened and his
sister, Lia, looked at him in concern. “Another one?”

Wiping the sweat from his brow, he nodded.
“What are you doing up?”

“I could hear you tossing and turning, so I
came to check on you.”

“Don’t be. It’s not your fault you’re having
mating dreams and can’t find your mate.”

“I think we’re close to her. The dreams have
been more intense the last few days since we came to Belle
Terra.”

She smiled. “Maybe she’ll be there for the
first fight on Friday and you can impress her with your ability to
beat people up.”

He chuckled. “It is one of my better
qualities. Thanks for checking on me.”

“It’s what sisters do.” Blowing him a kiss,
she shut the door, and he heard her soft footsteps as they drifted
away.

His pride, comprised of his only family – his
younger brothers Slade and Galen, and Lia – were the last known
saber shifters in the world. It was hard as hell being the last few
of a shifter species, because the fate of the future of their
people rested on their shoulders. Unfortunately, only truemates
produced saber shifters. While it would have been nice if he and
his family could have populated the earth with saber shifter kids
produced through mating with random humans or other shifters,
sabers were unable to procreate with anyone but their
truemates.

If he and his family were going to have
families of their own and keep the saber shifter lines going, then
he needed to find his truemate. Wherever the hell she was. Once he
found his truemate, then Slade, the next oldest family member,
would begin having mating dreams of his own. It was the way of
their kind – mating dreams occurred from oldest to youngest. His
brothers and sister were anxious for him to find his mate so they
could find theirs.

Dropping back onto his pillow, he closed his
eyes and willed himself to sleep as thoughts of his truemate filled
his mind.

Friday night, Alaric stood with his family in
the fighting arena’s training center. At one time, it had been a
private high school’s football field. When the school closed, a
developer had renovated it for semi-professional football, and when
interest had faded in that sport, another developer bought it and
rented it out for various activities, such as the NWFA battles.

Wreckers or Checkers: In It to Win It by H. M. Montes
Tales of the South Pacific by James A. Michener
Stuff to Spy For by Don Bruns
A Knife to Remember by Jill Churchill
Invitation to a Bonfire by Adrienne Celt
The Last Empty Places by Peter Stark
A Wicked Night (Creatures of Darkness 2): A Coraline Conwell Novel by Fay, Kiersten
Jog On Fat Barry by Kevin Cotter
Le Temps des Cerises by Zillah Bethel
Next of Kin by Welfare, Sue