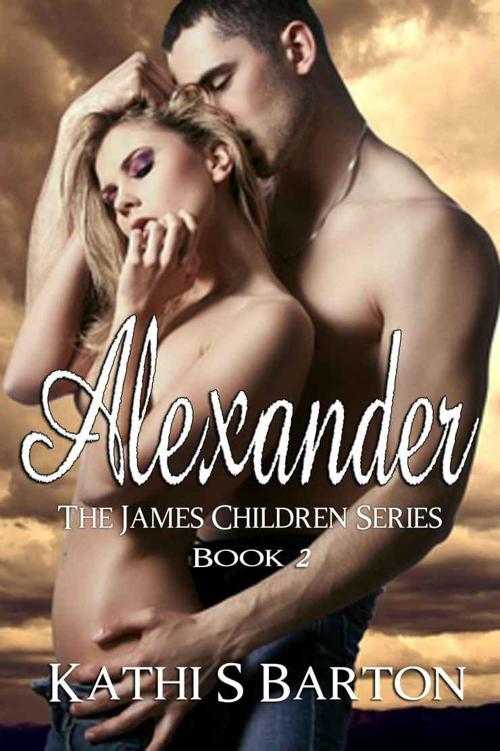 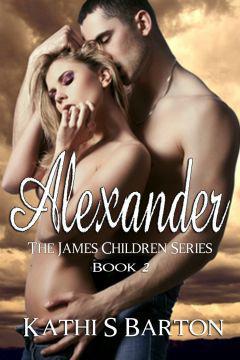 “
Just let me finish. I want you to listen to me then make your decision. Why do you have to be so stubborn? Damn it, man.”

Alexander watched his friend and partner pace in front of him. This meeting with Brick Wells was long overdue. He knew that Brick was going to be pissed about this, but the way Alexander saw it, they were both going to be much happier.

“
I want to take on this project. I know you have reservations about—”

“
I don’t have reservations,” Alexander interrupted Brick. “I said I don’t think the guy is trustworthy. If you want to go ahead with this then do it. I want no part of it.”

Brick sat down hard in the chair. He looked at Alexander and he knew that he’d seen none of the terror he felt for him. There was something about this deal that Alexander thought was just a little too good to be true. And as he’d heard all his life, if it felt that way, then it more than likely was.

“
Then I guess this is it. After all these years, you’re leaving.” Brick rested his head in his hands and looked at him through his fingers. “I never thought it would come to this. I thought for sure it would be over a woman.”

Both men laughed. “I don’t have time to date. Maybe if you give me the right price, I’ll make the time.”

They had been partners in A&B Computers since they’d met in college. Alexander had been a ripe old age of sixteen and Brick a year older. The two boys had hit it off immediately, saving one another from having the crap beat out of each other every other day instead of every day. Alexander grinned when Brick looked down at the new wedding ring on his finger.

“
Amy is going to be pissed about this. She said I was to make you see it my way or I would end up alone in the office every night trying to do the work of both of us.”

Alexander stood up and put his hand out to Brick. “Tell her that you had me nearly in tears and that I only caved when my mom called.”

Brick took the offer of the hand. “You’re going to regret this. You’re going to be sitting in a posh restaurant and read how I am the richest man in the world because my ungrateful friend ran out on me when I was making it big.”

“
I hope so. I sincerely do.” Alexander looked around his office. “I’ve been in this office more in the past ten years than I ever was in my house. I need this more than you know.”

Brick left telling Alexander that he would contact his lawyer and have him draw up the papers. In just a few short weeks, Alexander was going to be a very wealthy unemployed computer programmer.

Alexander supposed if one had to spend a great deal of time in an office, this wasn’t all bad. There was the view for one thing. He could see all of the wooded area behind their office building for miles. Then there was the office itself.

The desk was an antique walnut that his mom and he had refinished the year before he’d moved into this building with it. The chair was new, only about six months old, but it was comfortable and big, something a man his size needed to have when he spent a lot of time in it.

One whole wall was devoted to pictures. Alexander knew he had a good eye for a shot and prided himself on some of the covers he’d graced, such as
LIFE
and also a few outdoorsmen magazines.

He’d also done a great deal of traveling in his job. The second wall, covered in shelves, held treasures he’d brought, been given, and also had found. He had spent an entire summer on a dig a few years back and had been able to keep a couple of the things he’d unearthed. The last wall was an open, glassed wall that spilled into the offices beyond.

He could sit and watch all the hustle and bustle of all the employees they’d acquired over the years. Last count there had been seventy-three and growing. Well, growing for Brick. He turned back to his desk.

The picture of his sister and her husband Jared was to his left and the one of his parents to his right. He chuckled a little when he thought of Brick’s desk and the multitude of pictures he had of his wife on every surface. When someone knocked at Alex’s door, he looked up to see his secretary Deb Smith.

“
Mr. James, is it true? You’re leaving?” She didn’t look overly upset. He knew that he’d been hard on her for the past several weeks, but it was because she was so damned annoying.

“
Yes. I should be gone in about a month, if not sooner. I’m sure that Brick will find a place for you in the business.” He hoped so, at least. Brick didn’t care for her either. “There will be all sorts of jobs opening with the new contract.”

“
Nope, but thanks. I’m leaving too. I only stuck around to see if…well, it doesn’t matter now anyway.”

When she left, Alexander laid back and closed his eyes. He decided to call a travel agent and book a long vacation. But first, he was going to visit his parents.

They had just recently moved closer to Columbus. It was a four hour trip for him to go there, less if he didn’t obey the speed limit. He was just getting ready to call them when his phone rang. He smiled when he saw who it was.

“
I was just getting ready to call you. What are you and Mom doing this weekend?”

His dad laughed. “Calling to see what it would take to persuade you to come here. Willow and Jared are having an open house on Sunday, whatever the heck that is. Seems Jared is going to cook. Boy isn’t half bad.” Alexander heard mumbling in the back ground. “Damn it, Amanda, I was just kidding.”

“
Dad, what’s going on? Is Mom giving you a hard time again?” Alex laughed again as the mumbling got heated. After several minutes of this, Alex spoke again. “Dad, talk to me or Mom.”

“
She wants to know if you’re coming up. Said to tell you that you are long overdue for a hug.” Edgar James, Alex and Willow’s dad, was one in a million. “She wants you here. She misses you. She was talking about you over bridge the other day.”

Alex burst out laughing. “Mom hasn’t played bridge in her life. You’d better start taking notes, Dad, you’re slipping. I’ll be there. I have something I want to tell you all anyway.”

“
If you tell us you’ve met some girl you can’t live without, I’ll throw a party. Hell, son, I’ll have three parties.”

Alex sat back in his chair before he answered. “Wills is the one who’s going to give you tons of grandkids. I’m happy just the way I am. No, I’ve not met a girl, nor do I ever have any intentions of meeting one.” Alex had thought once was enough for any person. “I’ll leave here after work. I’ll stay at the hotel on Fifth if there’s room.”

“
No, Wills and Jared said they have plenty of room. Your mom and I are actually going to stay too. The addition they put on is finished along with the pool. Might be nice to swim a bit without all those people around.”

The James’ owned hotels. Not just hotels, he supposed, but chains of the best in the world. The James family had been in the hotelier business for four generations and Wills would be the fifth when she was ready. Or he supposed when Dad was ready. They hung up a few minutes later. With nothing else to do, Alex packed up his laptop and left for his sister’s house.

Jared walked up behind his wife and wrapped his arms around her waist. He rested his chin on her shoulder and waited. She had called him at the site today and asked him not to work late. He thought she was nervous about the two families coming to stay, but now he wasn’t so sure.

“
The Findley building will be finished two weeks early if we stay on schedule and under budget too.” She was the best foreman their company had. “I had to fire Sloan Concrete today. The stuff they sent over again was shit.”

He kissed her shoulder before commenting. “I guess the talk with the owner didn’t do us any good.”

They stood there at the French doors in their bedroom just looking out. The view was spectacular. They had added this suite of rooms when they’d remodeled, adding a library and office for them in addition to the bedroom they now shared. The bedroom they had started out in was now a guest room.

They stood there for a few minutes more before she spoke again. “I fell at work today.”

Jared stiffened. When he started to turn her around, she wrapped her fingers around his wrist and held him still.

“
Willow, what happened? Were you hurt?” He was afraid for her and about her. He couldn’t think past her being hurt.

“
Conley called an ambulance and then pissed me off because he made me go with them. He said he was going to call you if I didn’t. I tried to tell them it was nothing.”

Jared decided he was going to have a long talk with Conley next time he saw the man. “He should have called me anyway.” He kissed her again. It was better than strangling her. “Did you threaten him again? Damn it, Willow, I’m your husband. I need to know when you’re hurt.”

She nodded. When she pulled away, he let her. Something more was going on. She sat on their bed and began to cry. Jared went to her immediately and pulled her into his arms.

“
I’m pregnant. The doctor said I wasn’t eating right nor was I rest—”

His mouth covered hers and silenced her. He lowered her to the mattress and rolled over to his back, bringing her with him. She lay over him and he opened his legs to cradle her closer.

“
From now on,” he began as she settled on his chest. “You’ll eat breakfast
and
lunch. No more skipping meals. I’ll bring you lunch and eat with you. That way I can…what?”

Bradley Wiggins: My Time by Wiggins, Bradley
Wolf Creek by Ford Fargo
MoonlightTemptation by Stephane Julian
Born In Blood (Born Hunter Book 1) by Nia Davenport
A Shade of Vampire 30: A Game of Risk by Bella Forrest
Uncovering Secrets: The Third Novel in the Rosemont Series by Barbara Hinske
His Only Wife by Melissa Brown
Kings and Emperors by Dewey Lambdin
miss fortune mystery (ff) - sinfully delicious by snow, anna
A Woman of Independent Means by Elizabeth Forsythe Hailey