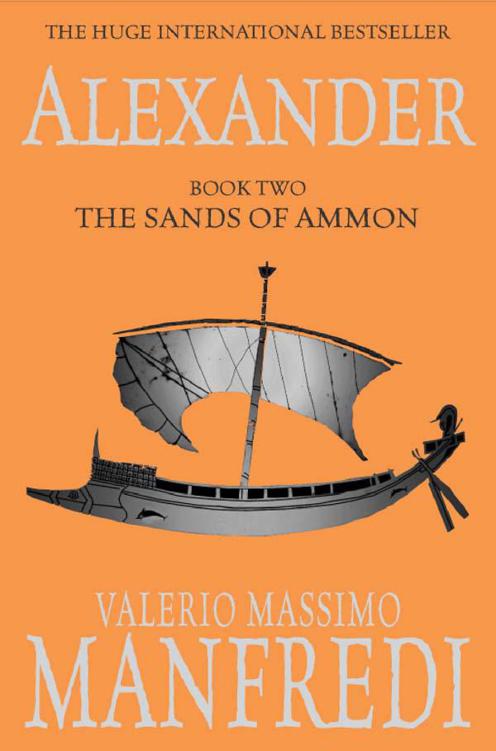 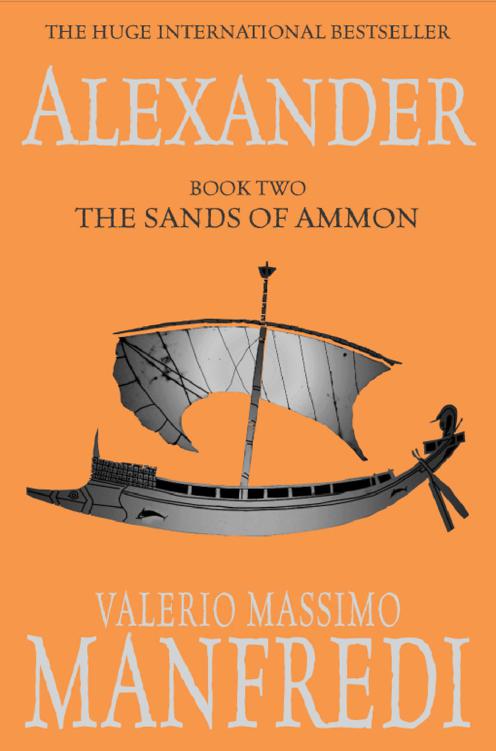 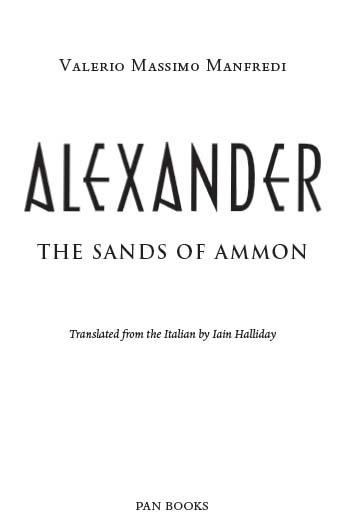 F
ROM THE TOP OF THE HILL
Alexander turned towards the beach and beheld a scene that was almost an identical repetition of one that had been played out a thousand years earlier. Hundreds of ships were lined up along the coast, carrying thousands and thousands of soldiers, but the city behind him – Ilium, heir to ancient Troy – rather than preparing for years of siege and resistance, was now getting ready to open its gates and welcome him, descendant of Achilles and of Priam.

He saw his companions coming up towards him on horseback and spurred Bucephalas on towards the top. He wanted to be the first to enter the ancient shrine of Athena of Troy and he wanted to do it alone. He dismounted, handed the reins to a servant and crossed the threshold of the temple.

Inside, objects glimmered in the darkness, difficult to make out, draped deep in the half-shadow. Their shape was indefinite and his eyes took some time to become accustomed to the gloom because up to just a moment before they had been coping with the dazzlingly bright sky of the Troad region with the sun at its highest.

The ancient building was full of relics, of weapons displayed in memory of the war described by Homer in his epic of the ten-year siege of the city built by the gods themselves. On each of the time-worn souvenirs was a dedication, an inscription: Paris’s lyre was here, as were Achilles’s weapons and his great storied shield.

He looked around, his eyes resting on these mementoes which unseen hands had kept shining for the reverence and the curiosity of the faithful over the centuries. They hung from the columns, from the ceiling beams, from the walls of the cella – but how much of all this was real? And how much was simply the product of the priests’ cunning, of their will to exploit it all for their own ends?

At that moment he felt as though the only genuine thing in the confused jumble – more like the clutter of objects displayed in a market than fitting de´cor for a sanctuary – was his own passion for the ancient blind poet, his boundless admiration for the heroes who had been reduced to ashes by time and by the countless events that had taken place between the two shores of the Straits.

He had arrived out of the blue, just as his father Philip had done one day at the temple of Apollo, at Delphi, and no one was expecting him. He heard some light footsteps and hid behind a column near the statue of Athena, a striking image of the goddess carved in stone, painted in various colours and bearing real metal weapons: this primitive simulacrum was sculpted from a single block of dark stone, and her mother-of-pearl eyes stood out starkly from a face darkened by the years and by the smoke of the votive lamps.

A girl wearing a white peplum, her hair gathered into a headdress of the same colour, moved towards the statue. She carried a bucket in one hand and a sponge in the other.

She climbed up on to the pedestal and began wiping the surface of the sculpture, spreading as she did so an intense, penetrating perfume of aloe and wild nard throughout the temple. Alexander moved up to her silently.

The girl jumped and the bucket fell from her hand, bouncing once and then rolling over the floor before coming to a halt against a column.

‘Do not be afraid,’ the King reassured her. ‘I am only a pilgrim who seeks to pay homage to the goddess. Who are you? What is your name?’

‘My name is Daunia and I am one of the sacred slaves,’ replied the young girl, intimidated by Alexander’s appearance, which was certainly not what one would have expected of an ordinary pilgrim. His breastplate and greaves glinted under his cloak and when he moved there came the noise of his chainmail belt clanking against his armour.

‘A sacred slave? I would never have guessed. You have fine features – aristocratic – and there is such pride in your eyes.’

‘Perhaps you are more used to seeing the sacred slaves of Aphrodite: they really are slaves, before being sacred, slaves of men’s lust.’

‘And you aren’t?’ asked Alexander as he picked up her bucket from the floor.

‘I am a virgin, like the goddess. Have you never heard of the city of women? That is where I am from.’

She had an unusual accent that the King had never heard before.

‘I had no idea there was such a place as the city of women. Where is it?’

‘In Italy, it bears the name of Locri and its aristocracy is exclusively female. It was founded by a hundred families, all originating from Locris in Greece. They were all widowed and legend has it they formed unions with their slaves.’

‘And why are you here, so far from home?’

‘A sin? But what sin can such a young girl have committed?’

‘Not my sin. A thousand years ago, on the night of the fall of Troy, Ajax Oileus, our national hero, raped Princess Cassandra, daughter of Priam, right here on the pedestal bearing the sacred Palladium, the miraculous image of Athena that had fallen from the heavens. Since then the Locrians have paid for Ajax’s sacrilege with the gift of two maids from their finest aristocracy, both of whom serve for a full year in the goddess’s shrine.’

Alexander shook his head as if unable to believe what he was hearing. He looked around while outside the cobbles surrounding the temple resounded with the noise of horses’ hooves – his companions had arrived.

Just at that moment, however, a priest entered and immediately realized who the man standing before him was. He bowed respectfully.

‘Welcome, most powerful lord. I am sorry you did not let us know of your arrival – we would have given you a very different welcome.’ And he nodded to the girl to leave, but Alexander gestured for her to stay.

‘I preferred to arrive this way,’ he said, ‘and this maid has told me such an extraordinary story, something I could never have imagined. I have heard that in this temple there are relics of the Trojan War. Is this true?’

‘It certainly is. And this image you see before you is a Palladium: a likeness of an ancient statue of Athena that fell from the heavens and granted the gift of invincibility to whichever city held it in its possession.’

At that moment Hephaestion, Ptolemy, Perdiccas and Seleucus entered the temple.

‘And where is the original statue?’ asked Hephaestion as he came nearer.

‘Some say that the hero Diomedes carried it off to Argos; others say that Ulysses went to Italy and gave it to the King, Latinus; and then others again maintain that Aeneas placed it in a temple not far from Rome, where it is still housed. However, there are many cities which claim the original simulacrum as their own.’

‘I can well believe it,’ said Seleucus. ‘Such conviction must be a considerable source of courage.’

‘Indeed,’ nodded Ptolemy. ‘Aristotle would say that it is conviction, or the prophecy, which actually generates the event.’

‘But what is it that distinguishes the real Palladium from the other statues?’ asked Alexander.

‘The real simulacrum,’ declared the priest in his most solemn voice, ‘can close its eyes and shake its spear.’

‘That’s nothing special,’ Ptolemy said. ‘Any of our military engineers could build a toy of that kind.’

The priest threw him a disdainful look and even the King shook his head. ‘Is there anything you believe in, Ptolemy?’

‘Yes, of course,’ replied Ptolemy, placing his hand on the hilt of the sword. ‘This.’ And then he placed his other hand on Alexander’s shoulder and said, ‘Together with friendship.’

‘And yet,’ the priest said, ‘the objects you see here have been revered between these walls since time immemorial, and the tumuli along the river have always contained the bones of Achilles, Patroclus and Ajax.’

To Come and Go Like Magic by Katie Pickard Fawcett
Songs of the Earth by Elspeth,Cooper
My Darrling by Krystal McLean
What He Bargains (What He Wants, Book Nineteen) by Hannah Ford
Ready to Kill by Andrew Peterson
Wolf Whistle by Lewis Nordan
La esquina del infierno by David Baldacci
Masterharper of Pern by Anne McCaffrey
Truth or Date by Susan Hatler
Impossible Love: An Unforeseen Destiny Novel Book One by Kimberly Readnour