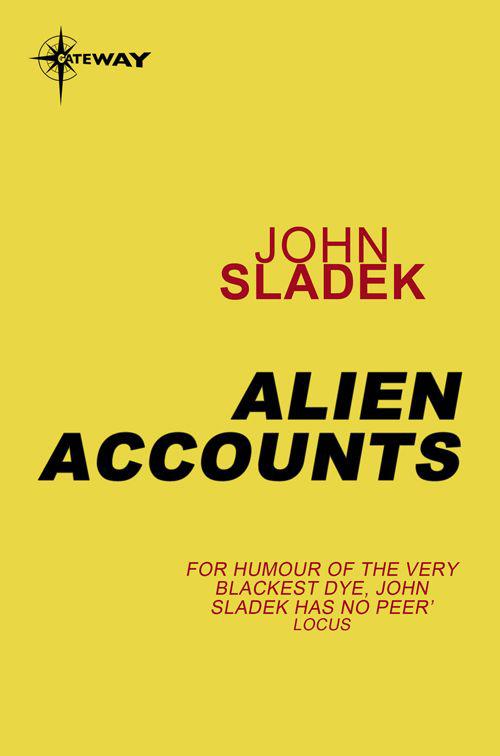 Masterson and the Clerks

Scenes from the Country of the Blind

The aliens here are human. This book contains no giant flying snails or telepathic octopods, no Ganymedean cat-women dressed in silver, no aggressive dugong chiefs roaming the galaxy in their pulsar-powered yoyo ships. The aliens here are human aliens. Most of them work in ordinary offices, and they do not commute to work from Proxima Centauri, either. Yet these here humans are aliens.

Office life attracts them, perhaps because of its futility. At least they’ve inhabited offices in fiction since Dickens’s day. Since the Circumlocution Office we’ve had the petty officials of Kafka, the double-thinkers of Orwell, the pathetic cogs of Elmer Rice’s
The Adding Machine
, and that super-clerk of Herman Melville’s,
Bartleby the Scrivener
. In
The Grey Ones
, J. B. Priestley outlined an entire alien conspiracy: Having no souls, They cannot possibly be bored. Thus they must always rise to the top in business and governments, where they can set about killing the souls of others.

Notice that none of these authors can separate the monsters from the victims in office life, for aliens are both. The sociologists who speak of ‘alienation’ manage to alienate themselves through official jargon like this:

(meaning ‘families where Dad isn’t home much’). A person who thinks like this may not exactly breathe methane, but there is a giant flying snailiness here.

Here are the human aliens.

‘Whoever is in charge of operations should be designated with real authority to be used in case of an emergency.’

My Life with General Motors

PART ONE: CLERKS ALL!

Section I: The Lutte Agency

Henry found that, when he had filled out the orange card listing his education, work experience and hobbies, he was permitted to pass beyond the railing next to the receptionist’s desk. The receptionist was a fat, pretty girl whose bare feet would be soft and pink. Being bored in the evenings, especially Sunday evenings, she would draw on black silk stockings and fuck someone in front of a movie camera. Once a famous American executive, watching her in a movie, had had an unusual experience.

Henry moved down the light green hail to a barn-like room where each stall was equipped with a desk and a living soul. The black wooden floor was wavy. Little incandescent bulbs, strung on wires, pumped light into the room, but dark corners drained it away too fast. Henry sat down in the second rank of folding chairs, along with a blind man and a Negro who would someday be a well-known boxer. The blind man’s dog looked at Henry, seeing him.

Henry remembered visiting the dentist with just such an orange card in his hand. He was thinking of some way of explaining this to the blind man or the Negro, when far down the barn a tall man stood up and beckoned.

‘Henry,’ he called. Henry and the blind man stood up together.

‘Did he say Amory?’ asked the blind man.

‘Henry!’ called the tall man again, beckoning over the waves. Henry walked towards him, past the desks of Mr. Blair and Mr. Clemens and Mrs. Dudevant and Mr. Beyle and Miss Knye.

Mr. Gelford asked Henry to call him Al. With a special pen, Al initialled the orange card in several places, maintaining the attitude of a dentist
marking caries. His eyes, small and dark – like human nipples, they were surrounded with tiny white bumps – looked searchingly at Henry’s hair or teeth.

‘Henry C. Henry, eh? What does the C. stand for?’ Henry looked at him in silence until Al turned his nipples to a mimeographed list. ‘Nothing here, I’m afraid, for someone with almost no experience. I’ll turn you over to Mr. Nind.’

Don kept a telephone receiver well in front of his mouth as he spoke, because the inside of his lip had developed a terrible cold sore he wished to hide. It was, as he already suspected, syphilis.

‘I have a really challenging job in a small, friendly engineering company,’ he said. ‘No experience necessary, and there is no limit to how far you can work your way up. What do you say, fella?’

In an almost bare room evenly coated with dust, Mr. Masterson toyed with a slide rule, a clipboard, a retractable ballpoint pen and a thin book,
Steam Tables
, by Keynes and Keyes. Henry sat motionless before him. Out of the window he could see a soup line, and in the distance a building was being demolished. A man in uniform walked up the soup line, pulled a man out of it and began hitting him in the face. Perhaps later the victim would go to a movie theatre, buy a ticket, enter the Gents and comb his hair.

‘Are you a good, steady worker?’ asked Masterson.

Fingers like white slugs curled around the slide rule. Undoubtedly Masterson was puffy and white all over, like a drowned corpse. His unpleasant glasses were hinged in the centre like motorcycle goggles, and folded hard against the colourless bubbles of his eyes. Mr. Masterson contained a great quantity of liquid.

‘If you work good, we’ll do good by you.’ Henry was never to forget this sentence, for he wrote it on a sheet of paper and taped it in the drawer of his desk, where it became a kind of motto.

‘You start at fifty.’ The corner of Mr. Masterson’s mouth lifted in a kind of smile, revealing a rotten tooth.

The Masterson Engineering Company occupied the third and fourth floors of the building. Henry was to work on the third floor. An old man, whose tie was fastened with a paper clip, whose sleeves were rolled high above his parched elbows, led Henry downstairs into a room full of clerks at oak
desks. There were in the room perhaps a dozen, perhaps a hundred men of various sizes and ages.

Gesticulating wildly with his skinny arms, the old man began in a high, clear voice to explain Henry’s duties:

This here is the system sheet.

You’ve got to mark it down every time

An assignment bill comes in

You’ve got to mark it down every time

An assignment bill goes out

And put the tally number here off the spec

Or else the item identification.

Where you put the part number here

Where you put the description number here

From the B column of the changeover schedule

And mark it down.

We have always initialled our work

Be sure you initial the backlist

When you add a serial number

Be sure you initial the adjustment form

When you check this here.

Fill out the job number;

Fill out the item identification index

Make a note on the margin of the drawing

Or on the margin of the transfer book

If the alphabetical register is stamped

And initialled by the proper authority.

‘You’ll catch on …’ Winking, the old man gave his sketches of arms a final flourish and went away. Henry fingered various piles of clean forms tentatively, murmuring fragments of the old clerk’s song; he picked up a coloured pencil and laid it down again. It seems that being a clerk is not all fun!

Murder! (Parker & Knight Book 1) by Wells, Donald
Dead, Undead, or Somewhere in Between by Saare, J. A.
Getting Lucky by Susan Andersen
Deadly Rich by Edward Stewart
The Heart of Lies by Debra Burroughs
Fractured (The Volkov Mafia Series Book 3) by Harrington, Samantha
A Hard Ticket Home by David Housewright
Breath of Dawn, The by Heitzmann, Kristen
Finding Chris Evans: The Royal Edition by Jennifer Chance
Fall of kNight by T. L. Mitchell