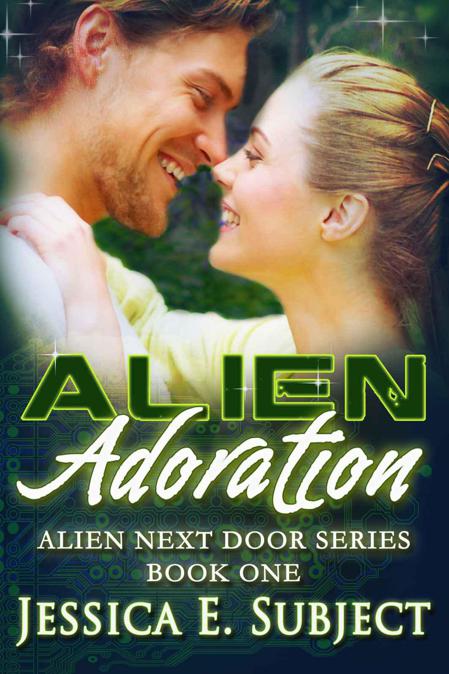 Editing and Formatting Services by Wizards in Publishing

This is a work of fiction. Any resemblance to actual events, locales, or persons, living or dead, is purely coincidental.

Beneath the Starry Sky

The Power of Three

Another Night, Another Planet (1Night Stand/Elatia)

Never Gonna Desert You (The Underground)

To everyone who believes we aren’t alone in the universe.

A car door slammed. Rachel flicked her eyes open, a flush of adrenaline racing through her body.
Not again.

Even though common sense told her to go back to sleep, she slid off the bed and peered out the window. The driver of the red Camaro squealed the tires, tearing off down the street.

Rachel cursed the woman with long, bleached-blonde hair, tiny waist, and the biggest breasts she’d ever seen. Why did her neighbor go for women like that?

Stilettos and sports cars?
They were all the same, reminding her she didn’t stand a chance with her neighbor.

Whether he wore his work clothes of jeans and a T-shirt that clung tight against his muscular body, or leather pants and a jacket when riding his motorcycle, he defined sexy, making every other guy seem drab. She licked her lips, thinking of him, the hero in every single one of her fantasies since moving in two years earlier, and obviously as the leading man for so many other women, bringing home several each month.
Though not one of them ever returned for a second visit. They all left with a commotion, waking her in the middle of the night.

What she wouldn’t give to experience an evening with him. She rolled her eyes.
No, never going to happen.
Putting out on the first date led to one night stands. And sex on the second night didn’t hold much promise for a long-term relationship, based on her past experiences. One month of seeing Dirk Chambers, the grocery store manager, and she still hadn’t slept with him. Maybe if he didn’t wind up drunk on every single date, she might consider it. Though his suggestions of making out in the bathroom of the local pub, and in the back seat of his car did not appeal to her.
So not how
she wanted their first time together to be. Those places were fine for the second round of sex and beyond. But, for the first time, she wanted romance, to be swept off her feet.

She studied the water stain on her ceiling, visible by the light of the street lamp. Yet another thing she couldn’t afford to fix. If a man offered to fix her roof for her, she’d find
that romantic, and break her first date rule. But did any guy know the meaning of romance anymore? Surely no one from Hanton. The small town boasted the highest rate of divorce in the province due to extramarital affairs. No one in town got married anymore, expecting all vows to be broken within the first year. Those of her classmates who’d been lucky enough to move away bragged of their success in both their marriages and their careers.

Rachel hadn’t had the chance to move away. Thankfully, the view next door didn’t hurt.
Though he would never be more than a fantasy. She wanted a relationship, not a one-night stand.

Ready to return to her bed, she squinted at the glow of moonlight reflecting off her neighbor’s front screen door. She sucked in a breath, hoping to catch a glimpse of him to use as a happy thought before going to sleep.

He walked out to his
LJ Construction
truck in only flannel pants hanging low on his hips. Opening the door, he ducked inside, grabbing…something. Then he slammed the door behind him. The view provided plenty of inspiration for her fantasies, his back muscles just as appealing as his washboard abs. Her pussy clenched, and she craved the toy she hid in her nightstand drawer.

Luke reached for the handle, but turned around before he opened it. Something above her house caught his attention.
An airplane? The moon? No, his focus was on her.
Shit.

He lifted his hand and waved and without so much as a smile, he returned inside.

Her cheeks burned. God, he’d caught her gawking. Did he think she was spying on him? It’s not as if she gaped
into
his home. No one could with every window covered in heavy drapery at all times. It only added to his mysterious appeal.

She yanked her curtains closed and slipped back into bed, pulling the blankets over her head
. The first time he notices me, and I’m in battered pajamas, with my hair looking like a rat’s nest.
Groaning, she turned onto her side, trying to ignore the queasiness in her stomach. In a couple hours for work, she had to get up for work. And the late night interruption meant an extra large black coffee in the morning, just to stay awake. Closing her eyes, she locked away the images of her neighbor’s bare chest for another night.

Luke rubbed the back of his neck. Rachel had seen him, glaring wide-eyed like she expected him to attack. Why did she keep her distance, never say hello? Did she remember him from years ago, or had she woken, disgusted with him because of the loud departure of another of the women he used to try and forget about her?

But he never could get her out of his head. From the moment he’d first met her, she’d implanted herself in his heart. She’d been so kind, so accepting. Now she stared at him from her bedroom, wouldn’t even talk to him. Over the years, she must have become afraid of him, of what he was.
An alien.

He trudged up the stairs to his room where the red glow from the orb—his only connection to the world he came from—had finally faded. After dinner, he and
Marnie had moved to the couch to get more comfortable. Then the light had appeared. And it grew brighter while she tried to seduce him. Even though he imagined his neighbor in her place, he could never give any woman what she wanted. A brick wall always stood between him and his dates. His neighbor. The unattainable woman. And he refused to stop his female companions as they stormed from his house, calling him a tease, among other names.

He flopped onto his bed. They were right. No one could ever replace Rachel in his heart, and he refused to try anymore. Until she told him outright she didn’t want him, he would never invite another woman over. But if she decided to accept an invitation to dinner, spend some time with him….

Smiling, he closed his eyes and visualized the possibilities.

Rachel covered her mouth, trying to hide her umpteenth yawn since arriving at work.

“I heard that,” her best friend, Christine Shaw, called from the cubicle next to hers. She appeared in front of her desk only seconds later.
“Late night?” Her smile seemed to hold some hope. She probably waited for some juicy details to spread around the bank.

“No, the usual twilight awakening.”
Though she wouldn’t tell her friend about the recurring dream that followed. No one needed to know about her delusions of extraterrestrials.

Christine’s smile faded.
“Oh, another conquest leaving the home of your sexy neighbor. I don’t know why you don’t grab a piece of that action. I would if I had the chance.”

Her cheeks warmed. “I have a boyfriend.” But he didn’t compare to the man next door. No one could.

“Dirk?” Christine raised her eyebrows. “Yeah, like that’s going anywhere. I saw him talking to skanky Jenny Marshall, at the coffee shop this morning.”

Rachel clenched her jaw. As if he didn’t wait for her. “Jenny works there.”

“No.” Christine shook her head. “She had today off, and she went up to your boyfriend in her oh-so-flirty way, giggling, and running her hands all over him.”

Her stomach clenched and the green-eyed monster took hold. “What did he do?”

“Besides grinning like a friggin’ teenager and walking out with a hard-on? Nothing. But it’s only a matter of time. This is Hanton. I say dump him before he dumps you, or you find out he’s cheating.”

She shook with anger, her blood boiling. How could he do this to her?
And with Jenny Marshall?

Sure, the relationship wouldn’t last forever, but being single again would lead to the entire town trying to set her up with someone else.
Far worse than having a boyfriend with a wandering eye.

Luke fumbled with his collar then ran a hand through his damp hair. He felt naked without a ball cap or his helmet. But he remained determined. Tonight was the night he asked Rachel to dinner. And hopefully in a few hours, he would have her in his bed. Waltzing out the door, he caught a flash of red across the ceiling.
Shit.
He was a grown man. Why couldn’t he think about sex without the orb freaking out?

He shook it off, anxious to find out how his neighbor felt about him. Stepping off his porch, he glanced over at her house. A little run down, but nothing he couldn’t fix. If only she’d talk to him.

Out the door she flew, wearing a white frilly blouse and a super short black skirt. Into the arms of another man. Dirk Chambers, of all people.

Fuck!
His resolve deflated. He hadn’t seen Dirk at her place in weeks.
I thought they’d broken up. Jenny Marshall was going down on him in the grocery store parking lot the other day.

His stomach twisted. He hated living in
Hanton, needed to take her away from the town with no morals.
Dirk trades groceries for sexual favors. How can Rachel be interested in a skuzzy guy like him?

The image of her staring at him last night when
Marnie left flashed through his mind. Did she think the same of him? How would she know he thought only of her during his dates? His actions were no better.
Why did I wait so long? I should have dropped by the first day I moved in, instead of waiting two
long
years.

He stormed back inside to find the red light flashing around like an angry disco ball. The reaction of the orb fueled his frustration.
Like he needed a reminder of his failure. The light grew even brighter. He cracked his knuckles.
I have to get out of here.
He shucked the button-down shirt and dropped it at the top of the stairs on the way to his room. Grabbing a sleeveless shirt and his reinforced riding jeans, he changed and bounded back down the stairs. He shrugged on his leather jacket and stumbled out the door.

The Practicing Mind: Developing Focus and Discipline in Your Life by Thomas M. Sterner
Haunted by Joy Preble
Sparta by Roxana Robinson
Genetic Attraction by Tara Lain
Land of Dreams: A Novel by Kate Kerrigan
Aminadab 0803213131 by Unknown
Making Babies With Mr White (BWWM Interracial Romance) by Fielding, J A
Fives and Twenty-Fives by Pitre, Michael
The Fantasy Writer’s Assistant by Jeffrey Ford
The Babet & Prosper Collection I: One Less Warlock, Magrat's Dagger, A Different Undead, and Bad Juju by Judith Post