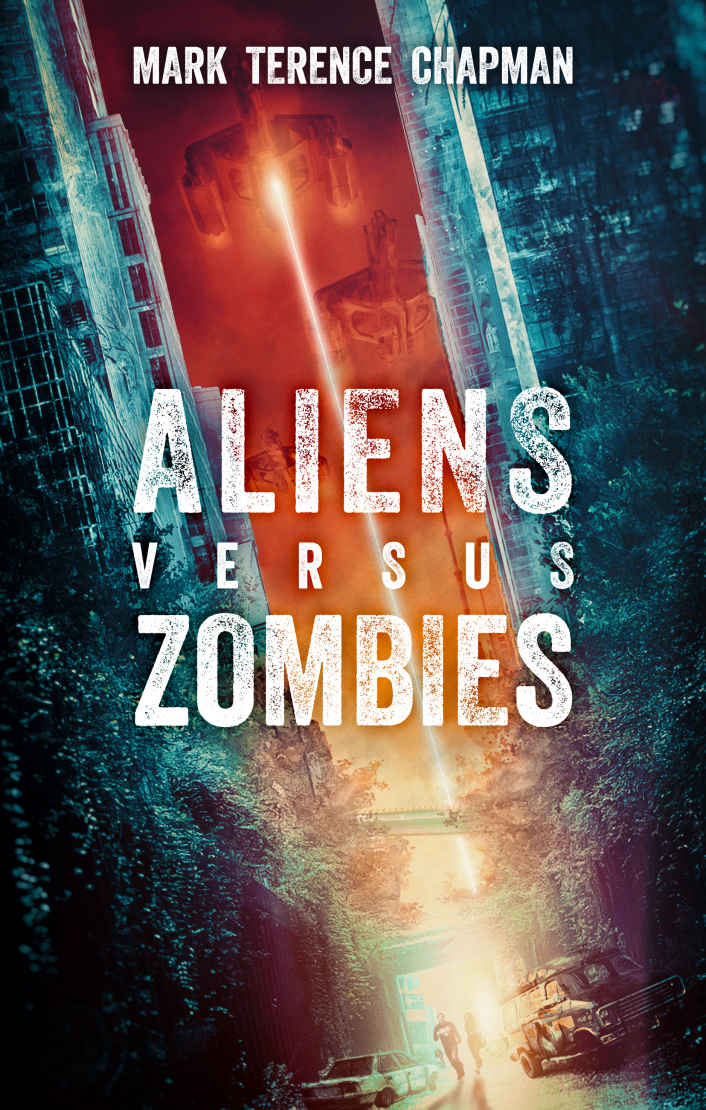 Other than for review purposes, no portion of this book may be reproduced, scanned, or distributed in any print or electronic form without written permission.

This is a work of fiction. Names, characters, places, and incidents either are the products of the author’s imagination or are used fictitiously. Any resemblance between persons living and dead, establishments, events, or location is entirely coincidental.

Trademarked names used herein are the properties of their respective owners.

Empty Sea Intergalactic Enterprises by arrangement with the author.

Please help keep authors writing. Do not copy or reproduce this book.

The author gratefully acknowledges the following
beta readers
, in alphabetical order, for their help in making this book as good as it is:

For more information about the author and his other books, please visit:

To my wonderful wife of almost 28 years, Barbara, for enabling my writing habit and putting up with me for more than 30 years.

Did You Enjoy this Book?

Free Chapter from My Other Car is a Spaceship

He had no name. He simply was.

Once a mechanic, he was now but a part of The Pack. His filthy, bloody, torn coveralls had a patch on the chest that read Jay. A tattoo of an anchor peeked out of a rip in the right sleeve.

Movement across the street caught his eye. Jay shrieked and grunted, then pointed. The others in The Pack understood the meaning.

Another pack had entered their territory. He knew they were not of The Pack. Their cries and hoots were different.

Once, food had been plentiful, but as the easier food was caught and eaten—the two- and four-legged ones, the flying ones—food got scarcer, until the packs began to starve. They soon eyed one another. The hunger gnawing at them was incessant. It had to be quenched.

Now The Pack, twenty-three strong, gave chase. Some raced left, some right, and some straight ahead. They would leave few openings through which the prey could escape. Ahead, three more members of The Pack waited for the prey to be driven toward them.

This food fought back with ferocity. Two of The Pack died along with the interlopers.

That made
nine
foods to eat.

The Pack slept with full bellies that night.

The end of the world had begun with a neither a bang nor a whimper, but with pain.

March 23, 2033 began like so many other days, with Lao Tse reaching for a sack of rice to throw onto the back of his cart.

He yanked his hand back and sucked the drop of blood from the back of his finger.

“Damn it!” Must have been a thorn, or a sharp twig.

The wild gerbil that nipped him darted unseen into the nearby reeds. The wound didn’t hurt much after a few minutes, so Lao Tse thought no more of it.

Two days later, he was in a marketplace outside Lhasa, Tibet, to sell his crop. After negotiating a fair price for two bags of rice, he sipped the butter tea he’d brought with him to soothe his sore throat. The traditional thick tea, made with yak butter, milk, and salt, and fermented overnight, helped a little.

He developed a headache during lunch. Mild at first, it worsened as the day progressed. So did his sore throat. At 3:07 pm, he began coughing intermittently. By 4:00, he coughed almost nonstop and his head throbbed to the rhythm of his pulse. Lao decided to call it a day, but not before he had transmitted this new mutation of the Tibetan Hemorrhagic Fever virus to several other merchants.

“Spring colds. They’re always the worst,” he said later to his daughter, Mei. “I’m going to bed. I’m sure a good night’s sleep is all I need.”

By the next day, his symptoms had progressed to vomiting, abdominal pain, diarrhea, and fever.

“Daddy,” Mei insisted, “you
have
to go to the hospital!”

“You’re
not
fine! Look at you. You’re feverish, sweating, your eyes are bloodshot, and your hands are clammy. No more arguments—we’re going. Get your clothes on.”

“No, really, I’m fi—” A prolonged coughing fit cut off the rest of the sentence. When he finished, it took him several minutes to catch his breath. “Maybe you’re right,” he finally conceded. “I’m having trouble breathing.” He wheezed as he spoke.

Mei had to help him dress, and then she rushed him to the nearest emergency room in Lhasa. Before leaving home, he infected Mei, his wife, Pema, and their young son, Tenzin. “Rushed,” in this case, meant a seventy minute drive through rough terrain on bad roads in their ancient Toyota Land Cruiser. Tibet in March, meant snow on many of the roads, and pockets of ice, especially in the shaded areas.

Mei had received her driver’s license only the month before. She’d never had to drive all the way to Lhasa before and she vacillated between the urge to hurry and the need to be careful.

Ten minutes into the trip, the SUV skidded  on a slick spot.

“Kyakpa!” she swore. She was sure they were going off the road. Then the Land Cruiser’s tires found traction.

Shaken, she took a deep, calming breath and let it out.

That settled it: she was going to drive slower. Better to take a few minutes longer than not get there at all.

Upon arrival at the Lhasa People’s Hospital, they were directed to “Have a seat over there and fill out this form,” by the admitting nurse.

Mei was close to panic. “But, my father is very sick. He needs someone to look at him right away!”

The nurse took a quick glance at Lao Tse, before smiling. “I’m sure it’s nothing to worry about. Probably just a mild case of the flu. Your father should be fine in a few days.”

In the twenty-two minutes before he was examined—coughing and sneezing the entire time—he infected eleven people in the waiting room. All received treatment for the injuries or illnesses that had brought them there and then left the hospital before they became symptomatic.

Lao’s condition worsened and he passed out during the examination.

“Nurse!” the doctor called out. “Admit this man for observation.”

The doctor ordered intravenous electrolytes, and Tylenol to break the fever. However, by morning Lao’s temperature had risen to 106ºF; an ice bath did nothing to help and he began bleeding from his eyes, nose, ears, and rectum.

By the time doctors diagnosed hemorrhagic fever and quarantined the hospital, Lao had already infected two doctors, three nurses and an orderly. Fortunately, the doctors and nurses were still at the hospital when the quarantine occurred. However, the orderly had the next two days off and came down with “flu” symptoms while at home and spread the contagion further before seeking treatment.

As soon as new patients began to arrive with hemorrhagic fever symptoms, the hospital contacted the government, which immediately locked down the city and alerted the World Health Organization (WHO).

It was already too late. The merchants Lao Tse had infected days earlier in turn infected others in his village and surrounding ones. Several had traveled to other towns and spread the contagion further.

“Hemorrhagic Fever virus believed to have originated in Tibet; spread to China.”

“Plague Reported in Every Country”

Miami is a ghost town. Few people remain. I am writing this record for posterity, should anyone survive to read it.

This pandemic is like nothing mankind has ever experienced. Beginning in the 14
th
century, the Black Death took over a century to kill an estimated seventy-five million victims, a third of Europe’s population. This time, however, approximately eighty-two percent of the human race—more than eight
billion
people—died within the first six months.

Death from this plague is most unpleasant. The victims bleed from every orifice and scream in pain as necrotic tissue rots on the bone.

Of the eighteen percent of humanity currently living, nearly all suffered through lesser symptoms, including intense fever that resulted in major brain trauma. Scientists say the damage occurs primarily to the frontal lobe—the part of the brain that controls the higher brain functions—and especially the cerebral cortex.

These victims don’t die, yet they also are no longer quite human. Instead, they become ravening feral hordes, hunting for living things to eat: snakes raccoons, people—it doesn’t matter. As long as it has a heartbeat, these “zombies”—for want of a better term—pursue and eat it. However they are not the shuffling, undead automatons of horror fiction. They are something else entirely. They are living, breathing creatures, cunning and fast—
too
fast.

The estimated remaining eight-tenths of one percent of humanity—fewer than eight million individuals worldwide—seem to be immune to the virus. However, with the collapse of all governments and military we stand little chance of surviving long-term against well over a billion zombies.

This will be the final issue of The Miami Herald. I plan to “run for the hills” as soon as I put this brief issue to bed.

God help us all.

On May 19, 2034, fourteen months after the plague struck, a Drahtch invasion fleet arrived in Earth orbit with more than twenty thousand armed ships, two million ground troops, and a half-million colonists.

The Pleasure Instinct: Why We Crave Adventure, Chocolate, Pheromones, and Music by Gene Wallenstein
Last Spy Standing by Marton, Dana
Cyrus by MJ Fields
Vengeance 02 - Trust In Me by Lana Williams
The Love Potion by Sandra Hill
The Last Bachelor by Judy Christenberry
Infinite Desire by Danielle Jamie
The Fall of the Year by Howard Frank Mosher
Taboo by Leslie Dicken
Softly Grow the Poppies by Audrey Howard