Read All the Lives He Led-A Novel Online

All the Lives He Led-A Novel 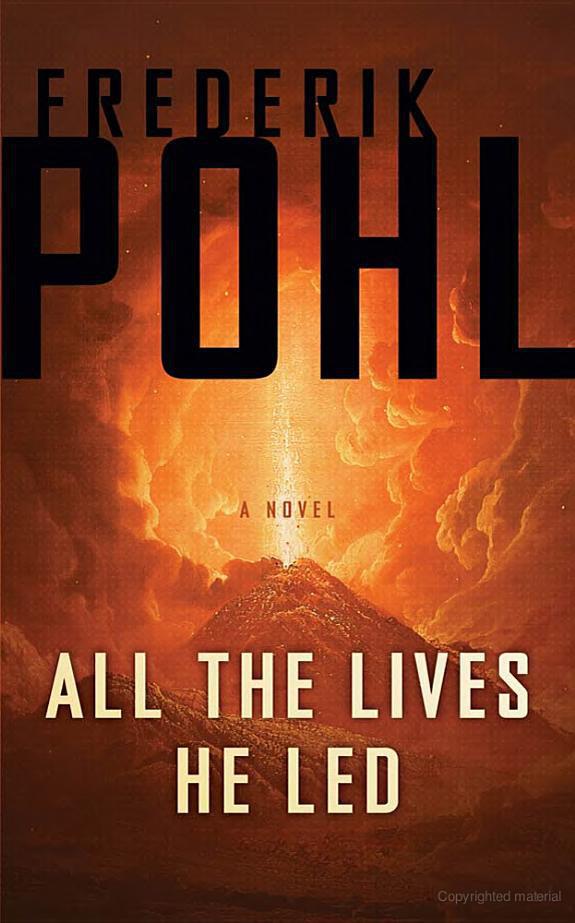 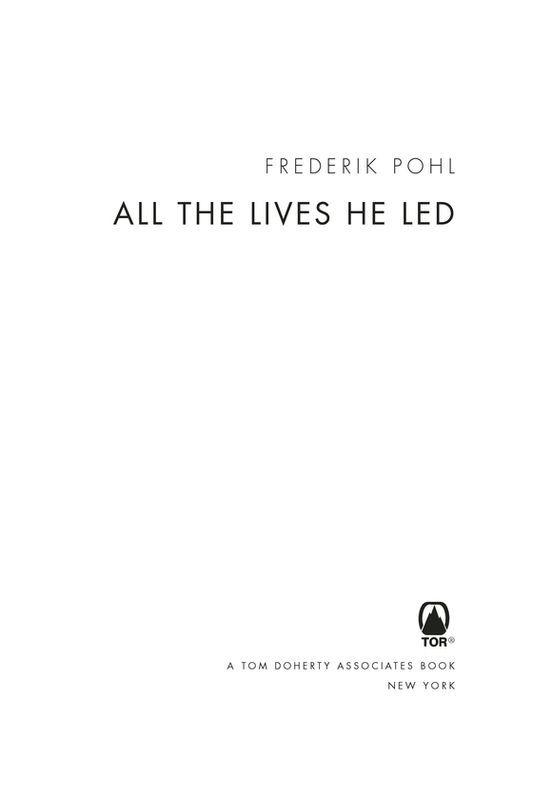 The first thing I remember is learning to duck-and-cover at Mme. Printemp’s École et Académie, though I didn’t know why I was doing it. Of course I knew something was wrong, because it made my mother very sad and my father angry, and I was glad when what they called the Treaty of Spitzbergen was signed with the Stans and we could all go back to being happy. Of course, I didn’t know anything about a treaty. In fact I would have had no idea what a “treaty” was and I don’t think I had actually ever heard the word “Stans.” Then it was all peaceful days for quite a long time, until they weren’t.

Well, I’ll tell you all about that, though it gives me no pleasure. I’m not sure I should. What I know for sure is that it certainly isn’t going to make me look good.

Come right down to it, there isn’t very much of my life that does, is there? Robber of old people as a teen, worker at all sorts of illegal activities as a grown-up. No, I’m not proud of myself. If there’s a reason to do this experiment in Telling All it isn’t because I want everybody to know what a great guy I am. Anyway, let’s get on with the introduction.

My name is Brad Sheridan. The year I want to tell you about is the summer of ’79, which is when I was working at what they called the Giubileo. When I say Giubileo, you know what I’m talking about, right? That is, to give it its full name, L’Anno Giubileo della Citta di Pompeii, or, as I mostly called it when I had to call it anything, the Pompeii Jubilee.

That’s where I was, that summer of 2079. If you were a tourist then I might not have to tell you much about the Jubilee, because if you were rich enough to afford it you were probably there yourself. Some thirty or forty million of you guys from the wealthy countries were. You came from places all over Europe and in both of the two Easts, the Near as well as the Far, plus the Pacific islands from Tahiti down to Tasmania, and just about everywhere in the world. Well, from some parts of the world, anyway. Not from the American Midwest. For sure not from some of the most heavily populated chunks of Canada either, especially from around Toronto and southern Quebec. Even there, there were a few surprises. Some people from North America did show up at Giubileo, at least from the lucky places like California and British Columbia.

Anyway, wherever you came from, you all seemed to enjoy the Jubilee. At least you did until everything went rotten at once, but we haven’t come to that part of the story yet.

You should have enjoyed it. You got your money’s worth at the Giubileo, because whatever you liked, the Jubilee had it for you. If your thing was sports you could watch the chariot races. If you liked thrill rides you could go to the Ferris wheel that gave you a four-minute overview of the whole city, both as it really was or as the Giubileo’s virts had improved it. Or you could pay to get into the simulation chamber where they reproduced the whole bloody eruption of Vesuvius, exactly as any unfortunate AD 79 family would have experienced it, except that it was all virts and you didn’t get killed. Or you could go for a ride on a slave (read: Jubilee-employee-) carried litter. If you wanted gore and brutality, you could go to the old Roman amphitheater, where they had plenty of both of those things. Twenty or thirty pairs of gladiators, a few of them real, would hack each other to death every afternoon for your sporting enjoyment. (Well, not all the way to death. Not for the real, live gladiators, anyway, and you could tell easily enough which ones were real. Those were the ones who worked for the Jubilee and never actually got a scratch, being mostly college kids enjoying a paid vacation in Italy, or Indentureds from poor countries, like me, trying to support family members in the old country on what we could send back. The gladiators who you could see really getting chewed up, of course, couldn’t actually feel any of their ghastly wounds. They were all virts.)

If you weren’t all that into sports or spectacles there were plenty of other ways to spend your Pompeii sestertia, that is, the counterfeit Roman coins that the sidewalk money-changers sold you as you checked in. You could buy a meal in the Refectorium, where you would get approximately First Century Roman food, although at Twenty-first Century prices. If you wanted more authenticity while you were eating, that was available too. All you had to do was find seven other people who were willing to pay to eat with you, and then you had it made. To those seven you added in yourself and the “host”—or actually, more often the hostess, because, screw historical authenticity, the tourists liked having good-looking young women presiding over the meal they could make themselves imagine might turn into a regular Roman orgy. That would make up the right number of diners for a traditional nine-person Roman dinner party. Then the eight of you “guests” would get a more believable Roman meal. Exactly how believable depended on what you were willing to spend. Boar stuffed with kid stuffed with goose stuffed with lark didn’t come cheap, and, so they told me, tasted lousy anyway, though it was, I guess, authentic. For the price of that meal you got heavy doses of atmosphere as well. You ate in one of the restored villas, all as authentic as anything, or at least looking that way, and you ate triclinum style, also adequately authentic. This meant that the nine of you diners lounged on three great couches and practiced the art of eating with one hand while you were resting your head on the other elbow. “Slaves,” by which of course I mean volunteers (Indentureds rarely got jobs where there might be good tips), served the meal and watered the wine and stood by with bowls to catch the end product of all that ingesting in case you, as many couldn’t help doing, puked it all right up again.

Or you could strip down and try the baths. They were a reliable crowd-pleaser. There you could get yourself oiled and scraped clean by another “slave” using a copper thing like a dull straight razor, called a strigil. Or, if your tastes went that way, you could visit one of Pompeii’s second-story whorehouses.

You couldn’t actually get laid there, though. What you could do, for a little extra fee, was watch one of the whores, male or female, going at it with one or more of their customers, also with a choice of genders. That was pretty exciting, I guess I myself never wanted to see it enough to pay for even a reduced-rate employee ticket. Of course you knew going in that they would just be virts. It wasn’t that the Jubilee couldn’t have recruited live men and women for the job. They just weren’t allowed to. Union rules.

Or getting closer to present cases you could’ve bought a cup of really bad “Greek” or “Roman” wine, and sat down to drink it on a bench beside one of those open-air Pompeiian wineshops—maybe the one I myself wound up running, halfway down the Via dell’Abbondanza—while you watched other tourists giggling to each other as they poked their fingers through the strolling virts of what were claimed to be historically accurate First Century Pompeiian citizens.

It was actually not a bad show. I might have enjoyed being there myself if I hadn’t had to work so hard, both on the job the Jubilee paid me for as well as on the less legal ones I organized for myself. I didn’t do those extra scams just for my own personal greed, you know. I did them because they were the only way I could send enough money home so that my mom and dad could keep on living some kind of a life in the Staten Island refugee village.

The Captive Heart by Bertrice Small
And to Think that I Saw It on Mulberry Street by Dr. Seuss
Merciless Charity: A Charity Styles Novel (Caribbean Thriller Series Book 1) by Wayne Stinnett
At the Scene of the Crime by Dana Stabenow
Never Let Me Go: The Complete Set by Jessica Gibson
Super Extra Grande by Yoss
The Twelve Kingdoms by Jeffe Kennedy
Wombstone (The Vampireland Series) by Roscoe, Jessica
Bubblegum Smoothie by Ryan Casey
GAMBLING ON LOVE (Travis Series) by Kimberley Reeves