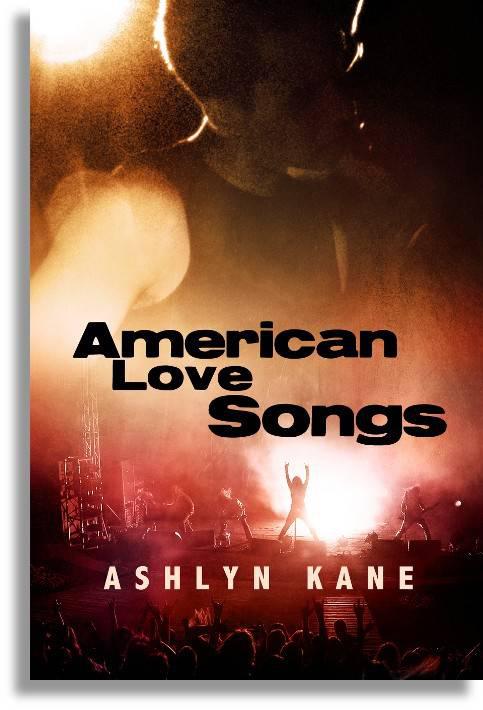 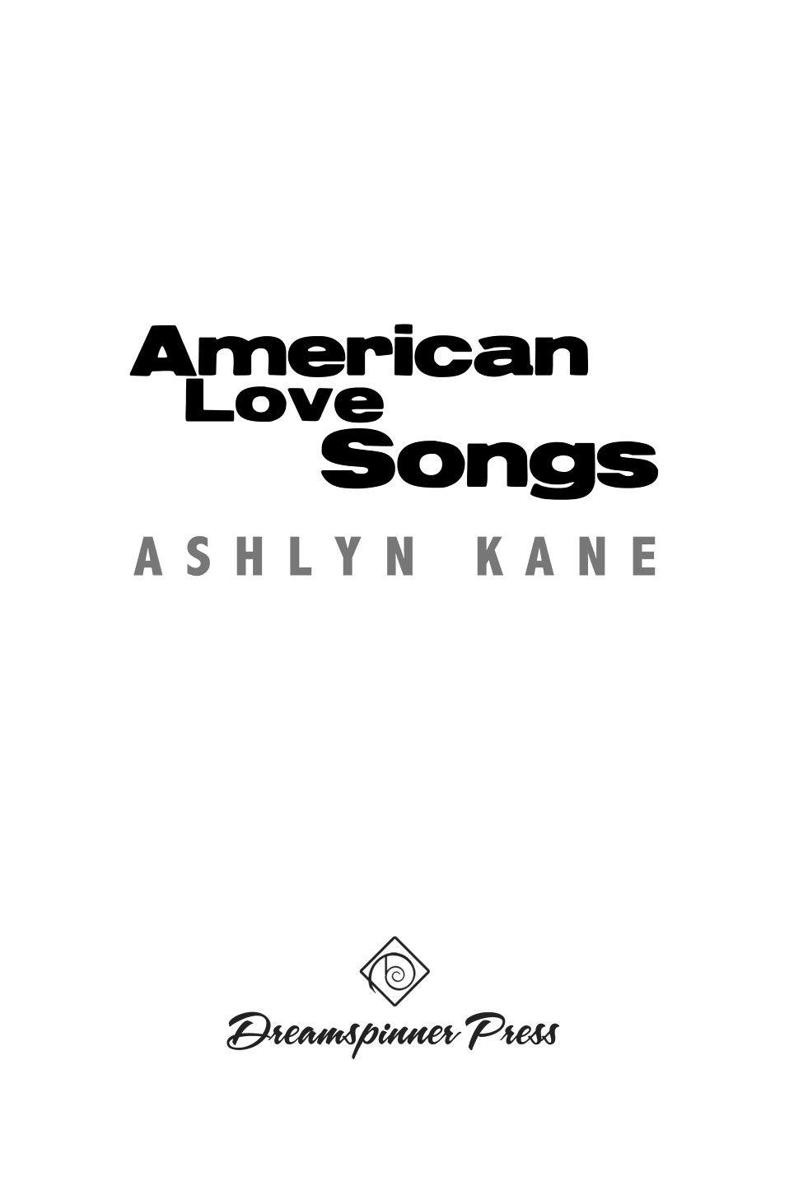 This is a work of fiction. Names, characters, places, and incidents either are the product of the authors imagination or are used fictitiously, and any resemblance to actual persons, living or dead, business establishments, events, or locales is entirely coincidental.

Printed in the United States of America First Edition
December, 2010

To all the worlds wayward sons: play on.

With many thanks to Laura, my alpha reader, for the suggestions, encouragement, and slave-driving.
Prelude
PRODIGAL: OFFICIAL BLOG OF THE WAYWARD SONS

Hi, guys. Weve had a lot of requests in the last couple of days, weeks, whatever, and theyre all kind of along the same vein. Everyone wants to know the story of how we went from denying everything to the kind of PDA that gets broadcast to millions of people. Myself included, actually.

Anyway, as the following will illustrate, I was pretty dumb for an extended period of time, but eventually I did get a clue. I know what you guys are thinking, but I promise you this has nothing to do with the ideas yall tried to put in my head over the years. Youre not even close to the first ones whove made that assumption. No, the first person to assume Parker was my boyfriend was my mom, and Parker didnt even know I was gay yet. Talk about awkward….

1
Thats blogger for “too long; didnt read” for those of you reading this in hard copy.—JB
First Movement: Count Me In

AKE met Chris on the first day of school in fourth grade. He was eight years old, and he didnt know anybody. He didnt know why his parents and his teachers had decided he needed to be in this classroom when hed rather have been with his friends in Miss Finnertys thirdgrade class on the other side of the school. With the way his fellow students cold stares made him feel, Miss Finnerty and his friends might as well have been on the other side of the country.

He was scared and alone and several inches shorter than most of his new peers.

The teacher, Mr. Vanderbilt, made him stand in front of the class and introduce himself. Jake was as brave as an eight-year-old could be, smiled as widely as he could, and told everyone his name and that his favorite color was green and that he wanted to be an astronaut, even though last week he had wanted to be a ballet dancer.

Somewhere in the back of his mind, he was aware that the other boys might laugh at him if they knew that.

The boy Mr. Vanderbilt made him sit beside leaned over when Jake was done. “Green is a stupid color,” he said, and he seemed to take great pleasure when Jake bit his lip and stared down at the top of his desk.

“Your face is a stupid color,” said the boy across the aisle from him. He stuck his hand across the gap between the desks. It took Jake a few seconds to realize he meant for Jake to shake it. “Im Chris.”

“Hi,” Jake said, and just like that, they were best friends.
T WASanother week before he met Chriss other best friend. His name was Jimmy, and his face was pockmarked with fresh scars from chicken pox. “Whore you?” he asked the first day Jake saw him sitting in the once-empty desk next to Chriss. It was only a few minutes until the bell would ring to signal the beginning of classes, and Jake was afraid of getting into trouble. Mr. Vanderbilt seemed not to like him very much.

“Jake Brenner,” he said shyly. Maybe Chris wouldnt want to hang around with him now that his seatmate was back. Then Billy, the mean boy he had to sit next to, would start calling him names again
2
.

The boy gave him an assessing look. “You dont look old enough to be in fourth grade.”

Jake felt his cheeks heat up. A lot of the other kids make fun of him for being short, though his mom said they were just jealous because he was smart. “I skipped a grade,” he admitted. It wasnt like he wouldnt find out anyway.

“Oh.” Then he shrugged. “You must be really smart. Hey, can you help me with the spelling I missed?”

Jake could and did, and two days later, when Jimmy got a B on his spelling test, their friendship was cemented for life.

It would be another twelve years before he met Parker.

2
Billy is now a psychotherapist. Never let it be said that God doesnt have a sense of humor.—JB

Wow, okay, this page has eight fans now and only four of them are us, so I guess I should put something up to introduce ourselves or something. Anyway, heres a picture.

On the left is Jimmy, our drummer. You can just see him under all the hair. Jimmys a great guy. Dumber than a sack of hammers, but damn, he can count.

Next up is Chris, the lead singer and rhythm guitarist. Chris can hit the high notes like a Viennese choirboy. Also, dont let his pretty face fool you. Hes a douchebag.

The slammin redhead rocking the pixie cut and licking the guitar is Kylie, lead guitarist. Yes, those are her real boobs. No, you cant touch them. Sorry, guys. Jimmy will break you, and were too poor to get lawyers.

Together, were the Wayward Sons, an up-and-coming (is that pretentious? To call oneself up-and-coming? Who am I kidding; nobodys reading this, so who cares?) rock band based in Independence, Kansas. We play every Thursday and Friday night at Rock Lobster (38 Erie Street) and Saturdays at P. T. Morts (corner of Lawrence and Riverside). Hope to see you guys there!

AKE swayed up the steps to his second-floor apartment mostly by virtue of the fact that Jimmy was shouldering most of his weight. “Jimmy,” he said philosophically, “you are the best. I mean, you. Its your birthday. Happy birthday, man.” He tried for a back pat, but his arm was already around Jimmys shoulders, so it was more of an arm pat. He leaned his head into Jimmys other shoulder and inhaled deeply. “And your dreads smell nice.”

Jimmy grunted at him. “Wheres your keys?”

“Mmm.” Jake thought about it for a minute. He knew hed put them somewhere. “Jeans pocket?” he guessed.

“Umm.” Jake couldnt remember, and he was too drunk to be able to tell. “Right?” he guessed. He needed to work on his alcohol tolerance. Getting kicked out of the bar at twelve sucked. Of course, hed fared better than Kylie, whod been thrown out for being too drunk an hour earlier and had had to be escorted back to the apartment by Chris, who was in only marginally better shape.

Jimmy grunted again and shoved Jake into licking distance of the nearest wall. Not that Jake was going to lick it. It was dirty. His apartment building wasnt that nice. “Here,” Jimmy said. “Hold this.”

“How come youre the one taking care of me on your birthday?” Jake wondered. In some corner of his mind, he registered Jimmy digging in his pocket for his keys. Jake was so drunk that the fact that another man had his hand in his pocket didnt even register, and Jake was twenty and gay and got an erection when the wind blew the right way, so that was pretty drunk.

“Cause you cant hold your liquor,” Jimmy told him, rummaging in his other pocket before coming up with the keys.

“Youre a good friend,” Jake said happily. “I really need to throw up a lot.”

“Dont puke on me,” Jimmy warned, keying open the lock and getting his arm back around Jakes shoulders.

Jake said, “Nope,” and swayed into Jimmys shoulder again. “Cause I dont puke on my friends. Puking is for toilets.”

Jimmy removed his arm from around Jakes shoulders so abruptly that Jake nearly went crashing into the wall. Or the floor. It was hard to tell. “Hey!” He struggled to focus. “Hey, whats going on?”

If he squinted, he could just barely keep the images his eyes were sending his brain from swimming indistinctly. Jimmy was standing a few feet to his right. In front of him, on the couch, were—he squinted harder—two pale blobs of pinky beige. They seemed to be moving. Then Jake got his ears in on the action and realized the two blobs were having sex.

Jake was drunk, not idiotic, and he eventually put two and two together. “Oh my God, you guys suck.”

There was an indignant yelp from the couch, and one of the pinky blobs fell to the floor. “Dont you people knock?”

The thing was, Chris really was a good friend. He was the kind of friend who bailed you out of jail when you were too fucking scared to call your parents, the kind of friend who would stick up for you no matter what, even if you were currently not speaking. He was the kind of friend who came over with a six-pack and half of Wal-Marts snack aisle when your first boyfriend broke up with you. He was the guy who helped you pick out a tux for senior prom and the guy you freaked out to when the clinic called about some abnormalities on your blood test, the guy who smacked you on the back of the head when it turned out your iron was just low and told you to “use a fucking condom next time, Jesus.”

Unfortunately, he was also the guy who broke your moms favorite vase when you were playing catch in the living room, the guy who convinced you streaking down Main Street was a good idea, and the guy who got really drunk and slept with your girlfriend.

Jake would know Chriss voice anywhere. He would also normally appreciate this chance to see him naked, but right now he had other things on his mind, namely the state of his digestive system. Beyond drawing the obvious conclusion that there was going to be a screaming match, he was way too drunk to deal with the fact that he and Jimmy had just walked in on Chris and Kylie having sex. “Fuck all yall, I gotta barf.” If he got really lucky, maybe he wouldnt hear the worst of the insults over the sound of his own retching.

No such luck. The screaming match was still going when he stumbled back out of the bathroom a few minutes later, and the hangover that was just starting to set in didnt appreciate it. Jakes inner mediator prompted him to act.

As near as he could tell, the shouting was about Chris sleeping with Jimmys girlfriend, which was a pretty dick move, Jake had to admit, but it wasnt like they hadnt shared a girl before. Besides— “Alright, everybody shut their whore mouth,” Jake slurred. Somehow, that was effective. Or maybe it had something to do with the incessant pounding from the apartment next door. “First of all, you all broke Rule Number Two.” He attempted a glare, but it was difficult when he wasnt a hundred percent clear on where everyone was. “You forgot to put the band first.”