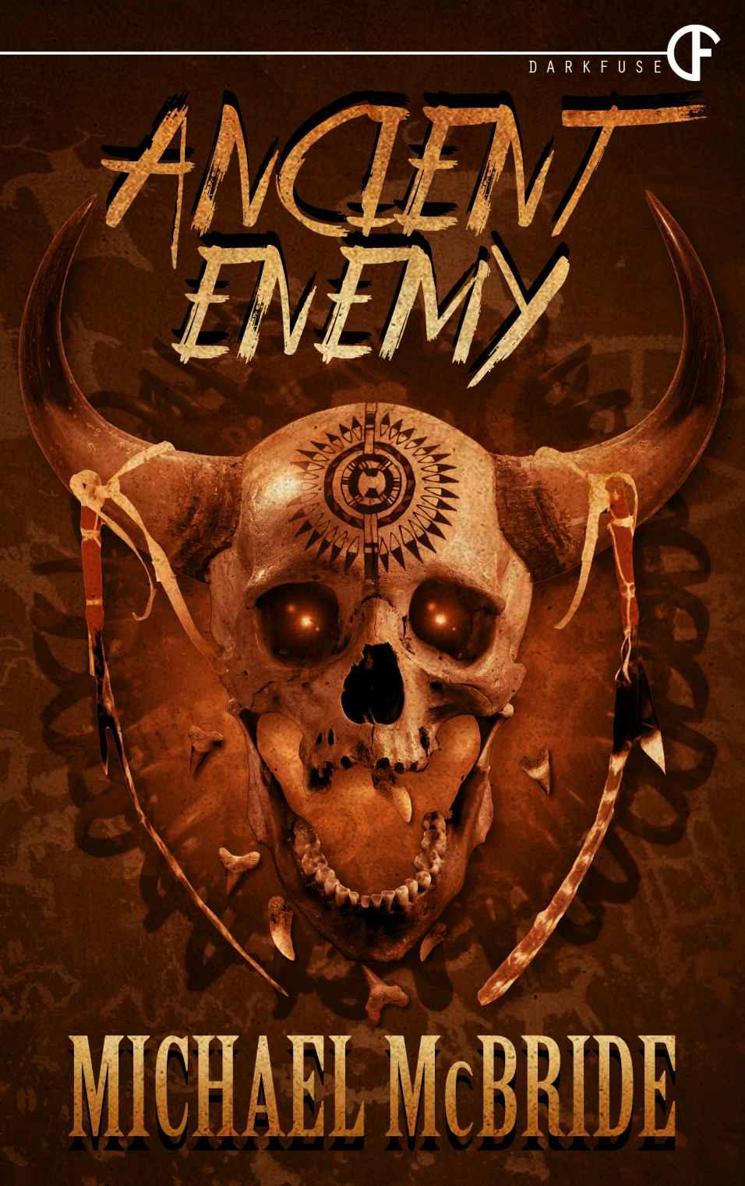 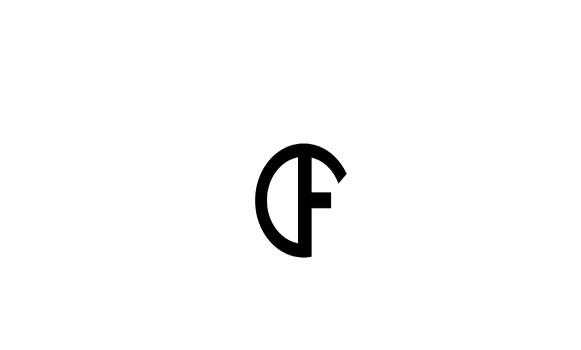 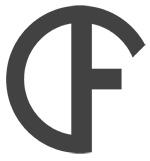 OTHER BOOKS BY AUTHOR

Check out the author’s official page at DarkFuse for a complete list:

Dedicated to the memory of my grandfather,

Special thanks to Shane Staley, Greg Gifune, Dave Thomas, and Zach McCain at DarkFuse; Shelley Milligan; all of the dedicated DarkFuse faithful; my amazing family; and to all of my readers, without whom this book would not exist.

“Riddles of the Anasazi”

For most of the long span of time the Anasazi occupied the region now known as the Four Corners, they lived in the open or in easily accessible sites within canyons. But about 1250, many of the people began constructing settlements high in the cliffs—settlements that offered defense and protection. These villages, well preserved by the dry climate and by stone overhangs, led the Anglo explorers who found them in the 1880s to name the absent builders the Cliff Dwellers.

Toward the end of the 13th century, some cataclysmic event forced the Anasazi to flee those cliff houses and their homeland and to move south and east toward the Rio Grande and the Little Colorado River. Just what happened has been the greatest puzzle facing archaeologists who study the ancient culture. Today’s Pueblo Indians have oral histories about their peoples’ migration, but the details of these stories remain closely guarded secrets. Within the past decade, however, archaeologists have wrung from the pristine ruins new understandings about why the Anasazi left, and the picture that emerges is dark. It includes violence and warfare—even cannibalism—among the Anasazi themselves. “After about A.D. 1200, something very unpleasant happens,” says University of Colorado archaeologist Stephen Lekson. “The wheels come off.”

My blood has flowed through this valley for more than seven hundred years, a blink of an eye to the frigid river through which I splashed on my pinto mare, Yanaba. It was her restless whinnying from the stable that awakened me and alerted me to the fact that something was wrong. It was the silence, as though the night itself were holding its breath. There was no rustling of the tall, dead grasses or rattling of the skeletal branches of the aspens and willows or yipping of coyotes in the distance. More importantly, no monotonous, drowsy baaing of the sheep bedding down in the field across the river.

Until the horrible bleating commenced.

Shrill cries I never imagined them capable of making. Their pain was palpable, so much so that my cheeks were wet with tears before we were even halfway there. By the time we burst from the dense willows lining the far side of the Mancos River, the bleating had ceased.

The resultant silence was a thousand times worse.

Yanaba pulled up short of the pasture. Huffed a frozen cloud of breath. Shook her head. Stomped her front hooves. Swung her flank around.

I leaned forward. Stroked the side of her neck. Whispered into her ear.

She huffed again, but held still long enough for me to hop down. I clapped her on the haunches and stepped out into the field. The wild grasses were gold and brown and crunched like straw beneath my feet. The moon outlined the shape of the butte towering over me and the ridgeline rising from the desert to meet it, its back spiked with junipers and pines. And the unmoving forms dotting the pasture between us.

I grabbed a stick from the ground. Solid. Heavy. Raised it like a baseball bat as I advanced.

Yanaba whinnied and reared up. Stomped her hooves again. Beyond her, the river chuckled past through the trees.

I tried to offer a reassuring gesture, but for the life of me couldn’t bring myself to free a hand from the wooden club. Not now that I’d caught wind of a scent I knew all too well. It was more of a sensation than a smell, really. A coppery taste trickling down the back of my throat. An uncomfortable tingle in my stomach. A warmth in my mouth that made me want to spit. Not quite the scent of the first pulsing rush of blood that erupts from an animal’s neck after the knife severs its arteries, but more like the way the ground smells after you’ve killed several and the dirt has turned to mud and cradles brick-red puddles.

The nearest sheep was on her side, her wool already starting to frost, her teeth bared. Her pelt had been torn away from her abdomen and the contents ripped out and spread around her. I had no idea what amount of her had been consumed, only that the blood was still fresh enough to glisten and the majority of the meat had been left behind. Whatever attacked her had torn her up in the process.

I walked over to the next one. And then to another still. They’d been slaughtered. Three of them. Ripped apart with a savagery I’d never seen before and hoped never to see again. This wasn’t the work of animals. At least not the kind that stalked these canyons.

Grandfather would likely have called it the work of
tchin’dih
. Evil spirits.

As I stared upon the carnage, I could think of no better explanation. Whatever had attacked our sheep did so with such speed that it overcame them before they could reach the tree line and butchered them in less time than it took me to get here.

And I couldn’t think of anything that was capable of doing that.

I dragged the last of the dead sheep over to the back of our old Chevy pickup and hauled her up onto the tailgate. It took a little finagling, but I managed to shove her far enough into the bed to close it again. I was covered from head to toe with sheep blood. It constricted my skin and clotted into the hairs on my arms. I’d even gotten some in my mouth. Not that this was the first time or anything. I’d done the majority of the slaughtering since I turned sixteen, so I didn’t really mind the taste. Ordinarily. There was something about this blood, though, that somehow felt…I don’t know…wrong. Or maybe it was just because I didn’t feel as though there were enough of it here. Having to pretty much shove everything back into the holes it had spilled out of so I could move the carcasses made me realize that, as far as I could tell, everything was present and accounted for. Except for maybe a good portion of the blood, but it was impossible to tell how much had soaked into the ground.

It didn’t really matter in the universal design. They were dead and I had more than my share of their blood on me. I looked longingly at the river through the willows before climbing up into the cab. No point washing it off if I was just going to get myself covered with it again. I’d kill for a drink and some Advil, though. I’d always been sensitive to bright sunlight, which brought on these dull headaches that grew worse as the day went on. Unfortunately, this one looked like it was going to be longer than most.

The bucket seat protested my weight with the crunching sound of broken springs. The old Chevy predated shoulder straps and the buckle of the lap belt had ceased latching long ago. The closing door shook the whole cab and the engine started with a noise that reminded me of a cross between an electric can opener and someone taking a hammer to the hood. It shuddered and crapped a black cloud before bounding off across the rutted pasture.

In an ideal world, I’d be hauling the carcasses to the firepit for incineration rather than back home to be butchered, but this wasn’t an ideal world. We lived off of the measly casino disbursement and the stipend from the federal government, which combined were barely enough to pay for my grandfather’s medications and my mother’s need to anesthetize herself. We couldn’t afford to waste the meat, regardless of the fact that I had absolutely no clue what killed them or what it might have done to them in the process.

It took nearly an hour to wend through the rugged fields to the point where they met with the faded asphalt road that crossed the river. I used the time to think. Last night was the third night in a row we’d lost livestock. I hadn’t heard a thing the first night. I’d simply walked down to the chicken coop the next morning with a bucket of feed to find the ground littered with feathers. The wire was bent and torn away from where whatever had gotten them had dug up the dirt to scurry under. I’d just assumed it was the work of a coyote, and while we could scarcely afford the loss of two hens, there was little I could do outside of just fixing the coop and burying rocks in the hole so it couldn’t dig there again.