Read And the Band Played On Online

And the Band Played On 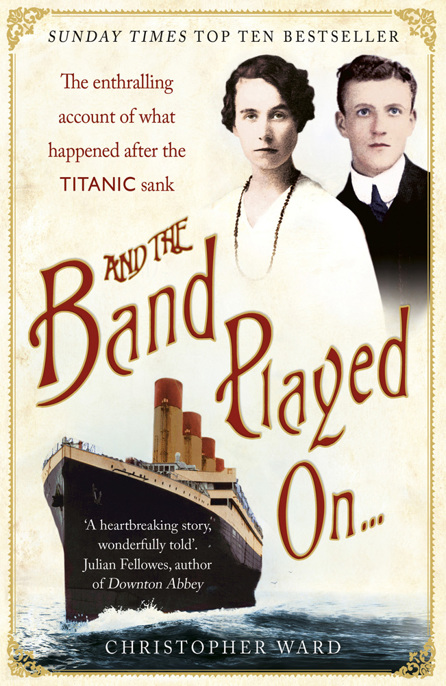 Christopher Ward is the grandson of Jock Hume and Mary Costin. He joined the
Evening Chronicle
in Newcastle-upon-Tyne aged 17, and moved to Merseyside to become the
Daily Mirror's
Liverpool correspondent at the height of Beatlemania. At 38 he became Fleet Street's then youngest editor when he was appointed editor of the
Daily Express
. He left to co-found Redwood, Europe's first customer magazine agency, of which he is Chairman today.

And the Band Played On

First published as an ebook in 2012

The right of Christopher Ward to be identified as the Author of the Work has been asserted by him in accordance with the Copyright, Designs and Patents Act 1988.

known to all her friends as Jackie

And for Jock, the father she never knew 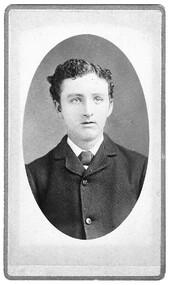 when he first went to sea.

‘I found a new hope today in the most unexpected of all places – in the cemetery at Halifax at the grave of a man named Jock Law Hume. The Jock Humes of this world were immediately apparent [on 9/11 at the World Trade Center] helping to keep the crowds calm and prevent panic . . . asking nothing for themselves. Hume – to me he came to represent all of them. They will come out again, if they are needed. And it’s enough for me to know that they are near us, though we don’t always see them there. They are hope. They are the future.’

Charles Pellegrino, writing about the collapse of the twin towers of the World Trade Center in
Ghosts of Vesuvius.

‘No one was a greater favourite at school than Jock. Indeed everyone who knew the happy-faced lad will have felt a catch in their breath and a lump in their throat when they read that poor Jock had, ‘like the Wanderer’, gone through the darkness to his rest. Yet, withal, pride masters our grief, for the lad died a hero, his beloved violin clasped to his breast, playing in that last requiem for the passing soul of others and for his own.’

From ‘The Last Hymn’ – an anonymous appreciation of Jock Law Hume published in the
Dumfries & Galloway Standard
, 24 April 1912.

1 The Band Who Stayed Together

2 The Agony of Not Knowing

4 The Besieged Offices of the White Star Line

8 A Bill for Your Dead Son’s Uniform

10 Mutiny on the Olympic

18 A Name and a Headstone for Jock

20 The Costins and Humes in Court

22 The Case of the Mutilated Nurse

24 The Trial of Kate Hume

25 The Fall and Rise of Andrew Hume

26 The Life and Death of Johnann Costin

27 Our Heart Will Glow With Pride

On the night of 14–15 April 1912, the White Star liner
Titanic
sank on its maiden voyage from Southampton to New York after colliding with an iceberg. Of the 1,497 passengers and crew who died in the North Atlantic that night only 328 bodies were recovered. One of them was my grandfather, Jock Hume, a violinist in the
Titanic
’s band. He was twenty-one.

His pay was stopped the moment the ship went down and two weeks later his father received a bill for the White Star Line brass buttons and epaulettes on his uniform.

Many hundreds of books have been written about the
Titanic
. Nearly all of them, like films of the disaster, end with the ship, its stern vertical in the water, disappearing beneath the waves. This book begins where the lives of the passengers and crew end: with the aftermath. It is a shocking story of corporate callousness and cover-ups, with powerful contemporary parallels. It is set in the context of a corrosive class system that was as ruthless in its discrimination in death as it was in life. One hundred years later, no one has ever said sorry.

This book started out at the beginning of 2010 as one of those
Who Do You Think You Are?
family history projects intended only for my children and grandchildren and for my sister’s family – not as a book about the
Titanic
. My sister had died five years earlier, our mother dying ten years before that. With a growing sense of my own mortality, I realised I was now the only person who knew anything about the family, the only one able to put names to faces on the faded sepia pictures in the battered old suitcase in the attic.

My quest became this book. It is a human story about the catastrophic consequences of the
Titanic
for two ordinary families in Dumfries, south-west Scotland, and how the tragedy has resonated down through generations of the families involved for nearly one hundred years. My mother, who was born six months after Jock’s death and lived into her eighties, was never able to escape the shadow of the
Titanic
. This is also true of the family of the American millionaire Colonel J. J. Astor who, like Jock, died leaving behind an unborn child. It must be the same for other ‘
Titanic
families’, too.

My grandmother, Mary Costin, was engaged to Jock Hume and they were to be married when the
Titanic
returned from its maiden voyage. In 2010, I spent many days in Dumfries gathering information about the Costins and the Humes, who lived a few hundred yards away from each other. In the Ewart Library in Dumfries I delved through yellowing local newspapers and other records. In the National Archives of Scotland in Edinburgh I sifted through hundreds of bundles of old court records, each neatly tied with a pink silk ribbon. At night, I went online, accessing births, deaths and marriage registers and checking census records. I had to clear shelves in my study to make space for still more books on the
Titanic
, adding several feet to my already substantial
Titanic
library.

My part-time interest developed into a full-time fixation, my research project into a detective inquiry. What made Jock, a child prodigy, decide to leave home at fifteen to play in orchestras on passenger liners? The teenage violinist had seen most of the world before he was twenty, sailing across the Atlantic at least three times in the year before his death. I had not known this. The answers to these questions – and so many more – lay in the complex character of Jock’s father, Andrew Hume. I had spent my life thinking of myself as a Ward and a Costin. It took my publisher to remind me that Andrew Hume was my great-grandfather and that I shared some DNA with him, an unwelcome discovery.

Another surprise was to discover two cousins I did not know I had: One from the Hume side of the family, the other a Costin. There has been a useful exchange of family memorabilia and new friendships formed.

I continued my research in Halifax, Nova Scotia, where all the bodies recovered from the
Titanic
were brought, most of them recovered by the cable ship,
Mackay-Bennett
. It is in Halifax that Jock is buried in the beautiful Fairview Lawn Cemetery, along with 121 other
Titanic
dead. The Nova Scotia Archives and Records in University Avenue, Halifax, contain all the original coroner’s reports on the dead. During my time in the archives, and in the Maritime Museum of the Atlantic, I discovered the answers to more uncomfortable questions and at the museum I was given the privilege of reading the log of the
Mackay-Bennett
, which gives a detailed account of the voyage of ‘the ship of death’, as it became known.

Researching and writing this book has been a painful personal journey and, although the book has been revised and updated for this new edition, I suspect the journey will continue, as many questions remain unanswered. But I feel at last that I know my grandfather, Jock. I found it difficult to picture him while I was growing up, not least because my mother never knew him, either. Everything one was told was second or third-hand. Thousands who lost fathers and grandfathers in the two world wars must share this alienating experience.

But I know now what good fun Jock was. I can see his smile and hear his laugh. A charming young man. And brave, too. Brave not only in the manner of his dying but, more important, in the manner of his living. For going to sea with his fiddle, aged fourteen, and playing so well that by the time he was twenty-one he had had the chance to play on the greatest ocean liner ever built.