Read And We Go On Online

And We Go On 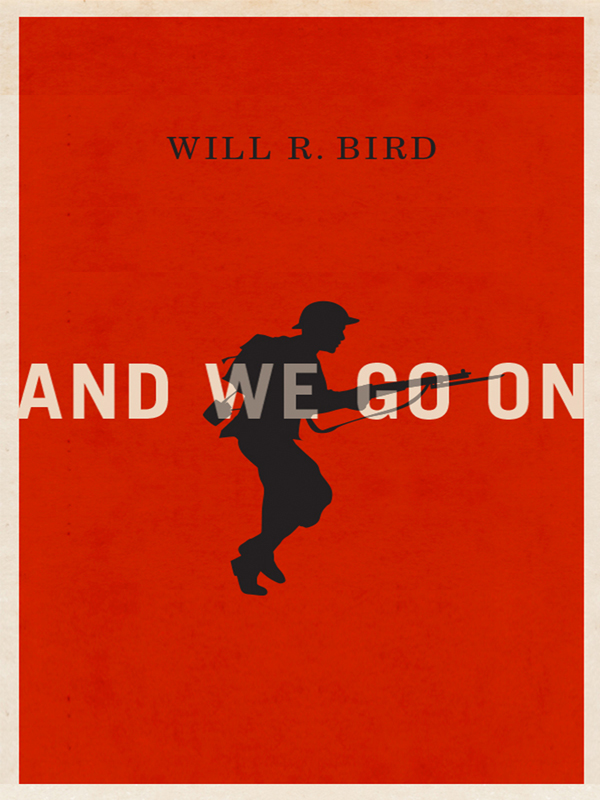 AND WE GO ON

218Â Â
The Ordinary People of Essex
Environment, Culture, and Economy on the Frontier of Upper Canada
John Clarke

229Â Â
And We Go On
Will R. Bird
Introduction and Afterword by David Williams

AND WE GO ON

Introduction and Afterword
by
David Williams

And we go on / Will R. Bird ; introduction and afterword by David Williams.

XIIÂ Â Â And We Go On 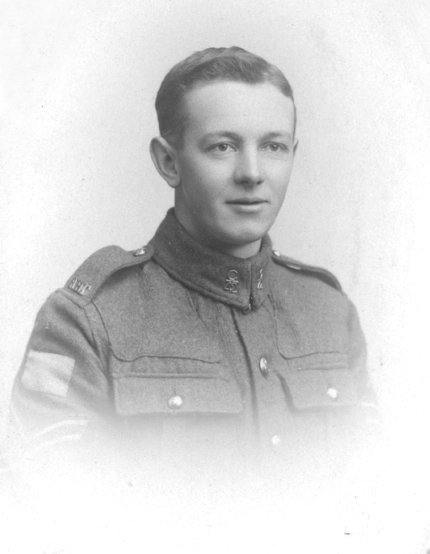 And We Go On
, a Lost Classic of the Great War

“
Ghosts Have Warm Hands
,” the grey-bearded librarian said, scanning the laminated cover of the book I had just handed him. “I read this myself a few years ago. I don't ever recall a more compelling book about the First World War.”

“It's powerful,” I agreed. “But I prefer the original version from 1930, which was called
And We Go On
. It reads like a richly textured novel, while the other, published almost forty years later, is more like a blog. It's neither as raw nor as fresh, more like an afterthought of the original.”

His next remark caught me off guard.

“I admired it because of how the ghost of the author's brother returned to the battlefield to save his life.” He hesitated, glancing at me over the top of his gold-rimmed spectacles. Then, with astonishing candour, he confessed, “His book convinced me there's an afterlife.”

It was the sort of admission you rarely hear in a university setting. Normally, we academics don't talk about things we can't explain or theorize. And I hardly knew this academic librarian; he'd only been assigned to the college from our main library in the autumn.

“Then you'll love
And We Go On
,” I exclaimed. “Steve's apparition doesn't appear just twice to save Bird's life, as he does in
Ghosts
. He's there most of the time, tapping Will's shoulder in the dark to warn him to avoid a German patrol out in No Man's Land, or to move before a machine gun starts to rattle, or to leave a cellar an instant before a bomb goes off. The ghost saves Will's life a dozen times, at least.”

“
And We Go On
,” I repeated, watching this quiet, dignified man jot down the title like an enthusiast of Oprah's Book Club. “It's been out of print for seventy-five years. And it's hard to say why. The book is a gem, a genuine lost classic.”

“A war story fused with a ghost story,” the bespectacled man said. “You don't find a blend like that very often. How is it classified?”

“That's a bird of a different feather,” I said, regretting the unintended pun even before I wondered if I might be casting aspersions on his profession. “The university library where I tracked it down couldn't even find it for a while. Someone had catalogued it by the title
And On We Go
!”

The librarian scowled. “That wouldn't happen here,” he said sternly.

“I'm sure it wouldn't,” I offered apologetically. “If I ever do find a copy for sale, I'll bring it to you for cataloguing. But no bookseller has it listed. It doesn't exist even on the World Wide Web. I had to hunt it down in the Fisher Rare Book Library at the University of Toronto before I was able to read it.”

Later, I was sorry that I had not told this well-read man the whole story, about how I'd experienced a strange sense of dÃ©jÃ  vu on reading
Ghosts
for the first time, before I'd heard of
And We Go On.
Now I tell all my students in CanLit how “the abomination of desolation” that Bird survived at Passchendaele is the likely model for Dunstan Ramsay's miraculous deliverance in Robertson Davies'
Fifth Business
(1970). Whether Davies had read
And We Go On
in the 1930s or
Ghosts Have Warm Hands
when it appeared in 1968 â about the time that he was starting work on the Deptford Trilogy â the “Magus of the North,” as the
New York Times
called him, seems to me to be deeply indebted to a self-taught writer and veteran of the Great War, William Richard Bird.

And who can forget that scene in Timothy Findley's
The Wars
(1977) where Robert Ross and his Canadian platoon are caught in a deep mine crater by a lone enemy scout? “The German shifted his gaze â saw that Bates had moved and then looked back at Robert. He nodded. It was astounding. He nodded!” The roles and the outcome are reversed, but the sentiments are exactly the same as those you find in
And We Go On
where Bird, out on patrol near Vimy, spots a German officer in No Man's Land:

I'll never forget the look that was on his face. He was so surprised that he seemed paralyzed. A long minute passed, and then another. Neither
of us moved. I had my finger crooked, ready, and he saw that I had. He whitened, turned red, paled again, his eyes watching mine, and then he smiled!

I had fully intended taking him prisoner, or shooting him, and yet, as he backed away, smiling at me, I did not do a thing. Back he went, foot by foot, watching me closely, and smiling â¦ If he had picked up a bomb, or hurried, or did anything but what he did, the spell would have been broken, but he backed and smiled his way down the sap until he reached a bend, and there he stopped â and saluted me! (56â7)

Even the impulsive wave that Robert Ross gives the first German soldier he sees appears to come from Bird, who describes in similar terms the first “uncaptured German” he sees in the line:

He was only a boy, as young-looking as Mickey, and he was standing waist-high above his trench wall as one of our flares burst directly above him and placed him in dazzling light.

He did not move at first, but his face looked very white and ghost-like, and then I knew that he had seen me for I was standing as high as he on our side. Some wild impulse caused me to wave to him â later I would not have done it â and he waved back. The light flicked out and I jumped down as MacMillan cursed me soundly. (21â2)