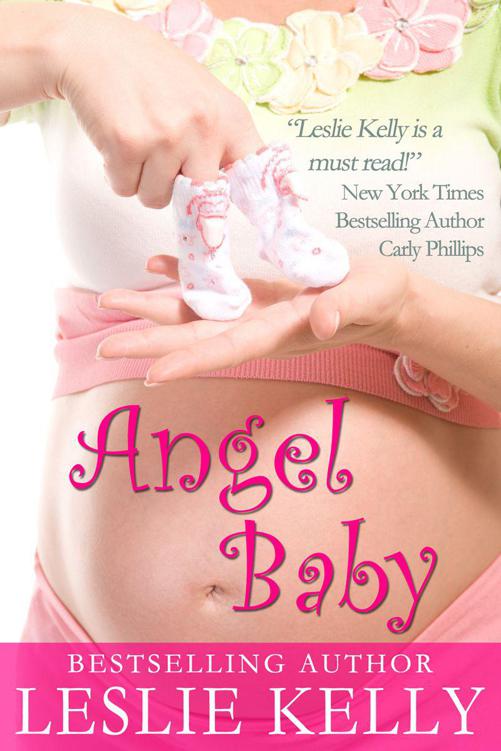 Several years ago, when I first set out to write a romance
novel, I experimented with my style and voice. My first four books were quite different
from each other. When Harlequin offered to buy the first one—Night Whispers—for
Temptation, my new editor agreed to look at the other three, but didn’t think
they would work for the line. Night Whispers was sexy and flirtatious. The
second book I wrote, Angel Baby, was more traditional, focused on the growing
love between two people and the creation of a family. The third, Coming Home,
was a classic reunion/secret baby story. Also darker, but the heat level went
up. Bringing Down Sam went back to my sexy, sassy Temptation roots, but a
super-model heroine wasn’t saleable at the time.

I was four up and three down with my editor. Talk about
second-book-syndrome! Fortunately, my editor was (is) terrific, and steered me
toward the kind of story she could buy. That became Suite Seduction, my second
conventionally published book…but the 5
th
one I’d written.

Those other three books have been “in the drawer” for more
than ten years. Not that I didn’t think they were good enough to be published,
they just didn’t fit the Leslie Kelly brand I was building. But with the recent
explosion in backlist book publication on various e-devices, I decided the time
had come to share those stories with my readers.

I hope you enjoy this book. For those of you looking for steamy
eroticism, sorry, you won’t find it here. What you will find is a sweetly sexy,
tender romance with a fair amount of heat and boatloads of heart.

“Ouch, that one hurt,” said Claudia Warren as she gently
rubbed her stomach.

The intensity of the last contraction had taken her by
surprise. She’d become so used to the generally painless tightening that she
seldom even noticed it anymore. Her doctor had said that her Braxton Hicks
contractions, or “false labor,” had lasted longer than any patient he’d ever
seen. Hers had been occurring since she was five or six months pregnant—which
had terrified her at the time, since she’d thought she was having a
miscarriage. Today they were especially relentless.

“Soon I won’t be able to ignore them. In a couple of weeks, it’ll
be the real thing, so this will have to be my last visit for a while.”

Her own voice was startling, intrusive in the otherwise
silent air. There was no reply, of course. She was completely alone.

Claudia arched her back and twisted her head from side to
side to ease the kinks in her neck. She shifted a little, trying to find a
comfortable sitting position on the hard ground. Leaning forward, she allowed
the weight of her cumbersome belly to drop forward onto the tops of her thighs,
giving her aching back some relief. For about the twentieth time she wished
she’d thought to bring a lawn chair when she left her Philadelphia apartment
this morning. Sitting on the ground was proving to be quite arduous, especially
because of the constant ache she’d had in her lower back all day.

A stiff breeze blew across her cheek, tugging at her hair
and pulling a few strands free from the loose ponytail. She hugged her long
wool coat a little tighter and glanced at the darkening sky. The afternoon had
been pleasantly cool, but the coming evening would likely be downright chilly.
She’d nearly forgotten how quickly darkness descended here in the country,
especially in October. In the city, with the neon lights advertising cheap
motels and cheaper thrills, it never seemed to get truly dark. At least not in
the run down part of town where she’d been living for the past several months.
That was one of the many things she hated about having to stay there.

The sun hung low on the horizon, almost hidden behind the
distant mountain, and Claudia realized it must be close to five. She couldn’t
believe how quickly the afternoon had slipped away. Perhaps just being
surrounded by near silence on a crisp autumn day with no beeping horns or
shouting had made the time fly by. The few voices she’d heard in subdued
whispers had disappeared ages ago, and the only sound she could hear now was
the whistling of the breeze and the slight creak of the wrought iron gate.

She didn’t want to leave.

“I wish I’d come earlier,” she whispered. “It’s just so hard
to get moving these days. I’m up running to the bathroom about fifteen times a
night, and can never get comfortable in bed. I’m so tired in the morning. And
since it's a three hour drive....”

Another irritating contraction gripped her. This one made
her gasp out loud. Not even thinking about it, she began taking deep breaths,
just like she’d practiced in her pre-natal classes. The breathing helped a
little, and soon the pain was gone. But it had been strong enough to get her
thinking about the ordeal she’d be facing in a few short weeks. Alone.

“I’m not looking forward to labor, you know. To tell you the
truth, I’m scared to death,” she admitted with a self-deprecating laugh. “I’ve
read all the books, and practiced all the breathing...but I’m still nervous. At
this point, I’d just like to get it over with. But I’ve got another three weeks
to go until my due date, and since first babies are usually late, it’ll
probably be more than a month.”

A large withered leaf blew across the ground in front of her,
rolling like a forlorn bit of tumbleweed through some deserted ghost town. The
ground was not yet carpeted with leaves, but soon would be as the majestic
trees prepared themselves for the fast approaching winter.

Claudia thrived on sunlight and warmth. The unrelenting gray
skies and dampness of winter always made her miserable. The only bright spot
now, the one light which had sustained her for so many months, was the pending
arrival of the baby.

“I found a great crib at a consignment...” Claudia bit off
her words as another contraction tore through her, this time with strength
enough to bring tears to her eyes. She placed her hand against her belly,
feeling it clench into a hard knot. The pain seemed to go on interminably.

As it finally started to lessen, after at least a solid
minute, Claudia’s nervousness grew. She’d ignored the pain at first, like she
had for months, having been reassured by her doctor that the baby was fine. But
she’d finally begun to realize that today wasn’t like yesterday, or the day
before. This wasn’t the irritating discomfort that had terrified her at five
months along, but by eight had barely raised a concern. Thinking about it, she
realized she’d been having these pains all day, with no long break in between them.

“What did the doctor say?” she asked aloud, hearing a
tremble in her own voice. “Longer, stronger, and closer together. That’s how
I’ll know they’re real and not Braxton Hicks.”

The contractions had been washing over her with regularity
since shortly after she’d arrived here, several hours ago. They’d gotten
stronger, and were coming every couple of minutes. And they hurt. Badly.

She was in labor. Real labor. Right now.

Chase Paxton arrived at his destination at around sundown.
Downshifting, he let the truck glide to a stop in the nearly abandoned parking
lot, cursing lightly when he saw the beat up yellow hatchback parked nearby. He
hoped he wouldn’t run into its owner. He was in a foul mood and didn’t care for
any “Cool weather we’re having,” chit-chat. That was one reason he had waited
until so late in the day to come. Most of the righteous folks made their
obligatory visits after church on Sunday, then went straight home to their
baked chicken dinners, their backgammon games and their warm cozy families. He
preferred the cold, bitter solitude of evening. Apparently, the owner of the
hatchback did, too.

Leaning back in his seat, Chase decided to wait a few
minutes and see if the other person left. It wasn’t as if he had anywhere else
to go tonight, anyway. Dorien was out of town, on her once a month trip to
Pittsburgh. And there wasn’t anyone else in the world who would care if he
spent a long chilly Sunday evening in the cab of his pickup in a country church
parking lot.

Patience wasn’t his strong suit, however, and within two
minutes he was tapping his fingers on the steering wheel, wishing he had a
cigarette. He’d quit smoking three years before, but that didn’t stop the
occasional craving. If he’d been in his old truck he might have considered
digging through the glove compartment for one bent up stale old smoke, but the
truck was too new for that. It was probably just as well, he figured. Dorien
had a nose like a bloodhound and would probably smell smoke on him two days
from now...even if he took three showers.

Finally, Chase grabbed the cellophane wrapped bundle from
the passenger seat and stepped out of the driver’s side door. The gravel
surface of the parking lot crunched a little under the heels of his boots as he
approached the gate. His steps didn’t falter, he knew his way instinctively.
He’d been making this trip on Sunday afternoons for many years now. One of
these days he’d do it because he wanted to, not because he’d promised he would.

Rounding the corner past the tall gate, Chase glanced up and
stopped in his tracks. Someone staggered toward him in the semi-darkness, a
tall figure, hunched over, and clutching at the front of his dark, heavy coat.
The person took two faltering steps, stopped, bent deeper, then dropped to his knees.

“Damn it,” Chase muttered as he realized there was no one
else around. The last thing he needed was to play rescuer to some drunk.

Resigned, Chase shrugged and walked forward to lend
assistance.  The person was down on all fours on the gravel path. Chase moved
carefully to avoid stepping in whatever the guy was heaving up.

“Mister, you picked a hell of a spot to tie one on,” Chase
muttered as he reached the man and squatted down next to him.

Then the figure turned toward him, and Chase’s breath exited
from his chest through his mouth in one huge whoosh. “You’re a woman!”

She didn’t even seem aware that he’d spoken. Though cast in
shadow, her pale face was contorted in agony. Her teeth snagged her lower lip
and bit down hard. Chase nearly winced himself thinking how painful that must
have been. She didn’t seem to notice, and instead stared right past him, her
face twisted with pain. Her dark-ringed eyes revealed something else: a haunted
emptiness he couldn’t quite describe, but which he somehow recognized as
soul-wrenching sorrow.

Chase quickly glanced around to see if anyone was coming at
them from behind. He saw no one, heard nothing but the wind, and turned his
attention back toward her.

“Are you hurt?” Chase asked, his tone harsh, his whole body
on alert. “Is someone after you?”

The woman didn’t answer for a moment, and he waited while
her panting breaths calmed. She looked as if she’d been running a marathon.
Gradually her choppy breaths slowed. He watched as her pained face relaxed and
a serene expression settled on it. She almost looked as if she was trying to
smile. Finally, she answered him. “It appears,” she panted, “that I’m having a
baby.”