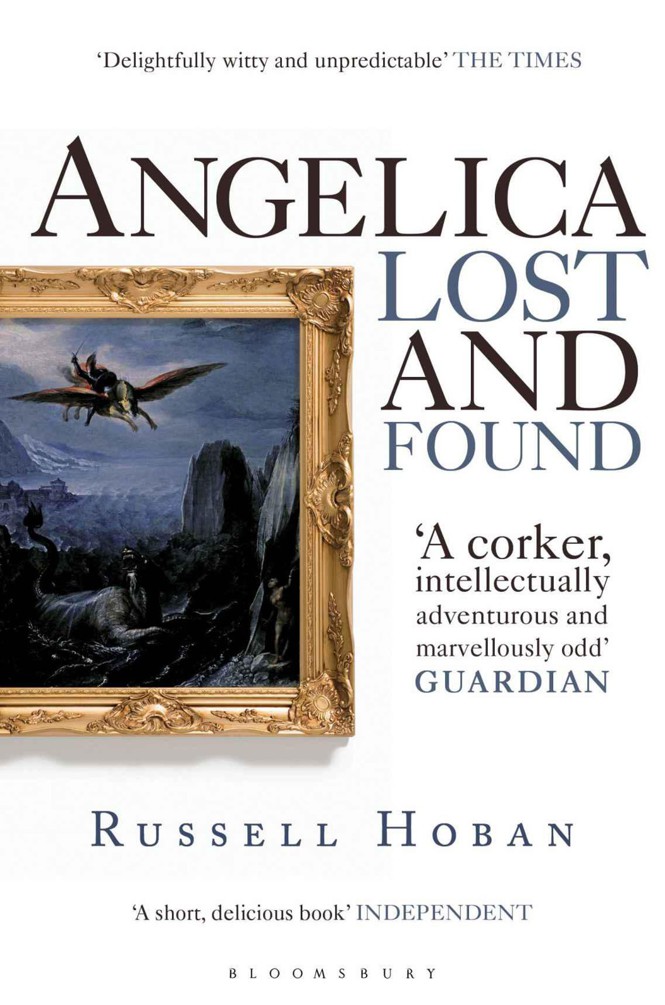 To the memory of Leon Garfield

They said, ‘You have a blue guitar,

You do not play things as they are.’

The man replied, ‘Things as they are

Are changed upon the blue guitar.’

‘The Man with the Blue Guitar’,

7 A Bit of Strange

11 The Buttocks of Giuseppina

16 For Whom the Bell Clangs

17 From Verse to Bad

18 The Eight O’Clock to Katerini

19 A Little Way on the Tin Globe

24 Pictures in the Sand

33 A Place for Everything?

36 A Sudden Kind of Thing

38 Calamari, Hali But Not Really

40 Once There Was a King

49 Death in the Afternoon

55 Base Metal of Gold

62 Between Jim and It

70 Dancing in the Dark

Volatore is a hippogriff. This animal is described by Ariosto in Canto IV, Verse 18 of
Orlando Furioso
:

His [Atlante’s] horse was not a fiction, but instead

The offspring of a griffin and a mare.

The rest was from its dam inherited.

It’s called a hippogriff. Such beasts, though rare,

In the Rhiphaean mountains, far beyond

The icy waters of the north, are found.

It is on this steed that Ruggiero rides to the rescue of Angelica when she is menaced by Orca, the sea monster, as she stands naked, chained to a rock on the island of Ebuda where she has been offered up as a sacrifice.

Volatore, the hippogriff, is fixated on this episode in Ariosto’s epic poem. Possibly he resents Ariosto’s evident delight in describing Angelica’s nude plight. Passionate creature that he is, he feels that Angelica is meant to be his prize, not Ruggiero’s.

Volatore has until now resided in the sixteenth-century painting by Girolamo da Carpi which hangs in the Museum of Art in El Paso, Texas. In this story he will leave the painting and travel through 2008, sometimes as idea, sometimes in human form, sometimes even as his animal self, determined to find the eternal Angelica and win her for himself. It won’t be easy: Volatore is an imaginary animal but the Angelica of his choice is a flesh-and-blood woman who lives in San Francisco. How in the world – and who can say for certain exactly what this world is? – can this problem be resolved?

Who, you may ask, is this that speaks? It is I, Volatore the hippogriff, yes! I, Volatore. I have outlived the man who imagined me into being. I have outlived centuries of little mortals who are born and die. While there are printed books and when there will be only the memory of books I shall live. What reality can compare to that? Mountains crumble, the sea is poisoned and the air but I live, Volatore, the flyer! Those others born of Ariosto’s pen, Orlando, Astolfo, Ruggiero – they live also. And Angelica. Angelica! But I alone have broken through the membrane of literary reality into that of mortals. And there again I find Angelica, chained to the rock of her beauty.

Reality! What is it? Who can define it? Not those who are in it. Flying over a village I saw a little boy sitting in a toy wagon. Reaching behind him with his hand he tried to push the wagon in which he sat. When it didn’t move he shook his head in disbelief.

Some have called reality a dream. The dream of reality? Who or what is dreaming it? Is it the primordial blackness that dreams reality with its colours and motion, its joys and its pains? Its sorrows? Does the blackness sleep?

Always has she been in my mind: naked Angelica chained to that so cruel and brutal rock in da Carpi’s painting. Ah! her terror as she shrinks from the monster rising from the waves breaking below her. Even now I hear the screaming of the gulls, the sea-wind’s moan, the roar of the great scaly Orca as he heaves himself up out of the sea. Naked Angelica, glistening with salt spray, howling into the wind, ‘Holy Mary, Mother of God, let me die, I beg you, before this great beast takes me!’

How had she come to be chained to that rock from which we freed her? A homeless wanderer since the slaying of her father, the King of Cathay, she was riding on one of the shore roads not visible from the front of the picture, making for Gascony, when she had the ill luck to attract the attention of a hermit whose eyes were bigger than his shrunken member. This solitary hoper had a few demons at his disposal and he sent one to possess the horse Angelica was riding. This sort of thing was not unusual in the world of Ariosto: travellers could take nothing for granted. Angelica’s demonised steed plunged into the sea with her, swam far out with his terrified passenger, then, remotely controlled by the shrivelled satyr, brought her to a bleak strand where the hermit welcomed her with offers of shelter and refreshment.

Needless to say, once she was in his cave, also not visible from the front of the picture, he drugged her drink and attempted to perform that manly office which Ruggiero in his turn would aspire to. But, though the hermit’s mind is tumescent, his manhood is quiescent. He is too embarrassed to call on demonic aid when a galley manned by an Ebudan press gang, cruising for new virgins to serve up to Orca (this is an arrangement of long-standing with the sea god Proteus which Ariosto describes in Canto VIII) carry off the frustrated ancient and his still-intact victim.

Now, while Angelica’s rescue kept happening in da Carpi’s painting, I went to that rocky shore deep in the distant background of da Carpi’s vision and found the failed holy man, back from Ebuda, toying idly with spells and potions that gave him no satisfaction.

Holding him down with my talons I said, ‘Old man, there is too much ugliness in the world and you have contributed more than your fair share. Your conduct with Angelica violated every sacred tradition of rendering aid and comfort to travellers, and even worse, showed no aesthetic appreciation. The world would be a better place without you but I’ll let you live if you tell me how to move beyond the limits of time and space and take human form when needful.’