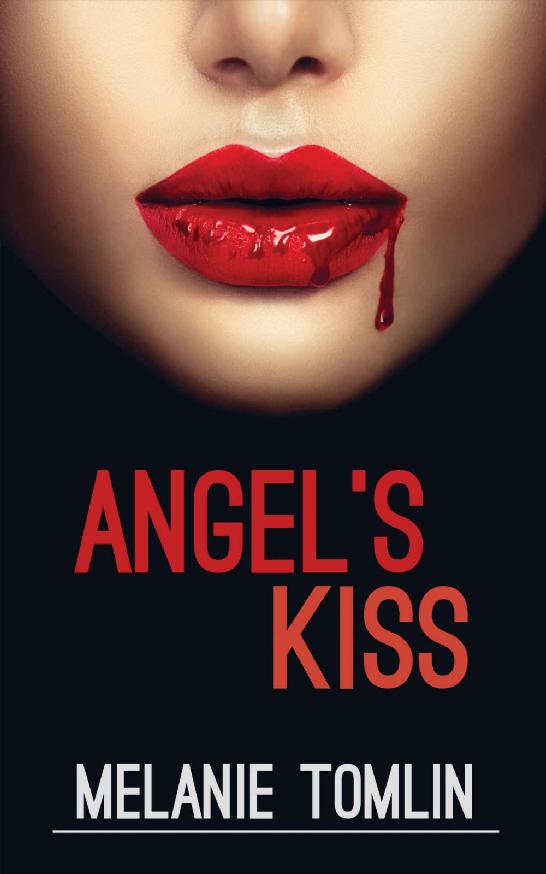 3. Of Angels, Demons and Monsters

Book One of the Angel Series

All rights reserved. No part of this book may be reproduced or transmitted in any form or by any means, electronic or mechanical, including photocopying, recording, or by any information storage and retrieval system, without permission from the publisher or author, except for the use of brief quotations in a book review.

This book is a work of fiction. Names, characters, places, and incidents are either products of the author’s imagination or are used fictitiously. Any resemblance to actual persons, living or dead, or places, is entirely coincidental.

To Lauren, my first real fan; Mei, for her wonderful cover art; Marilyn, as my patient and nurturing editor; and Marianne, Helen B, Helen S and Gail for taking the time to critique my work.

Rumours of an expendable earth-bound army, living amongst the mortals, had been circulating since the time of the fall. If they existed, surely we would be told about them?

As mere soldiers, we were meant to follow orders and never question them. Why would we need to question them? The fight between good and evil was clear cut. We fought on the side of good, against all those that were evil. We were all the army that He needed.

Until now I had no reason to believe the rumours. I had my
faith,
and that was enough. What changed? The life of one insignificant creature, that I happened upon during a routine patrol, challenged my beliefs to their very core.

Should anything happen to me, let these memories bear witness to the truth.

I remembered always being hungry and cold, with nowhere to go.

I remembered wandering the streets of a town whose name I did not know, waiting for death … and it found me.

I remembered finding a way into a boarded-up house that I thought had been abandoned long ago, thick with the smell of mould and decay. This was where they would find my body, after the angel of death had visited me and released my soul.

I remembered the darkness and the pain. The angel of death had come, yes indeed, and I welcomed him with open arms. He kissed my neck, but instead of freeing my spirit, his lips subjugated me, denying me my release. His hands held me in place and his lips burned the soul within my body, damning me to eternal hell.

I remembered whispering,
what have I done to deserve this,
and even though his lips did not move, nor any sound issue from his mouth — apart from a guttural groan of pleasure — I heard in my head low laughter and the words,
you were in the wrong place at the wrong time
.

I remembered hearing my heartbeat slowing down, and thinking it would stop soon and the pain would be gone.

I remembered, near the end, grasping his wrist, intense pain radiating from my fingertips to my arm.

I remembered the screaming, though it was not me who screamed.

I remembered the light — a blinding white light — together with pain that didn’t seem to end. My heart was still beating, though slower with each beat.

I remembered the voice, warm and rich, soothing after all the screaming.

“How can this be?” the stranger mused. “How can this mortal still be alive when her blood is no longer her own? How can the monster that did this to her be dead by her side?”

“Angel,” I whispered. I wanted his touch more than anything else. I wanted to be free.

I could not see him clearly, for the light surrounded him, yet I knew this was the angel I’d been seeking, not the one who had touched me before.

“She could not have had the strength to resist.”

“Please, release me. I can’t take it anymore,” I pleaded.

I saw a shape move in the light, and a hand rested on my chest, over my heart, and another on my forehead. I was flooded with warmth, bliss and peace. Never had I tasted such ecstasy in my life. I knew this angel was setting me free.

I heard a gasp, and through his hands I felt his body stiffen, then convulse, as if in the grip of a seizure. When at last it was finished, he fell to the floor, breathing raggedly. I opened my eyes. The room was near dark again, but I was not dead. The blinding light had been replaced with a few weak rays of sunshine piercing through the gloom between the boards covering the window. Dust motes floated lazily to settle once more on the floor. I could see my angel was nothing more than a man — just a man, like all those who had come before him, with promises and lies.

I scrambled backwards to the corner of the room, and as my eyes adjusted to the light I could see two shapes. One lying still on the floor and the other half-sitting, shaking his head and taking heaving breaths of air.

“No you don’t,” the stranger replied with self-assurance. “If you did, you would have used it on him.” He pointed to the body on the floor.

He stood up and brushed himself off, before taking a few steps towards me. I pulled my knees up to my chest and hugged my legs, making myself as small as possible.

“Forgive me, how rude,” the stranger said.

He stopped a couple of metres away from me, wiped one hand on his coat and extended it towards me.

“None of your business,” I spat back at him.

I knew his type, only after one thing.

“Indeed, it is my business.
Light,
” he murmured, and the incandescent bulb in the ceiling cast an eerie glow across the room.

How did he do that?

Danny gave me a half-smile and pointed to the ceiling. “I bet you’re wondering how I did that.”

I remained tight-lipped, though I
was
curious as to how he’d done it.
Voice command,
I thought,
in a house this old?
Maybe it was some sort of experimental trial. After all, people walking past on the street wouldn’t give this house a second glance. What better place to conduct testing in a real world environment?

Danny sat cross-legged on the floor, careful to keep out of my personal space, and rested his hands on his knees.

“If I hadn’t seen it for myself, if I hadn’t touched you, I wouldn’t have believed such things were possible. Even now I’m not sure
what
you are. Perhaps if we’d had the opportunity to meet before you’d been changed. Before you’d been born again …”

“What do you mean,
changed,
born again?
I’m no different to what I was an hour or so ago and I haven’t had any
religious epiphany
.”

Danny leaned forward and stared into my eyes. His stare was so intense I had to look away. I shivered slightly, though not from the cold.

“Are you sure about that? Tell me what you’re feeling.”

I searched inside myself, probing every inch of my body with my mind. There was something there I couldn’t put my finger on, just beyond my grasp.

“I don’t feel as weak now. There’s still a nasty edge to the pain, though.”

I shrugged. “Nothing else that I can pin down.”

Danny sighed. “It’s a start. Do you know what happened to you?”

“Not really,” I answered honestly. “I remember coming in here, thinking this place was abandoned — you know, because of the boards and all — and being jumped, then lots of pain. Not much more.”

“That’s to be expected. It’s still new to you and the pain is very fresh in your mind …” Danny hesitated. “Can I ask you something?”

“I guess,” I answered warily, waiting for the inevitable question that all men asked.

“Do you believe in monsters, demons and angels?”

That caught me off guard. I was expecting more of a proposition —
sleep with me and I’ll give you a hundred bucks
. I was used to that sort of thing. I may have been homeless and almost destitute, but I was still considered very attractive. There was something darkly appealing to many men about an undernourished waif-like creature. I hesitated before answering.

“All my life I’ve
wanted
to believe in angels, yet all I’ve encountered is monsters — human monsters, not your mythical variety. In my opinion humans are the only monsters on this planet. As for demons … I think we all have our own personal demons, but that’s it.”

“If I say no you’re going to tell it to me anyway, so just get on with it,” I said dryly.

Danny laughed, and the sound filled the room. I could feel it trying to lift my spirits and I had to fight hard not to let it in.

“Angels, demons and monsters are real.”

“Is that it?” I snorted. “That was the quickest story I’ve ever heard.”

My stomach rumbled. It was a low, hollow sound that echoed around the room.

“That
thing
on the floor over there is a monster. One of the worst kind imaginable, a creation of Satan. Take a look,” Danny said. “Don’t be afraid, it can’t harm you anymore.”