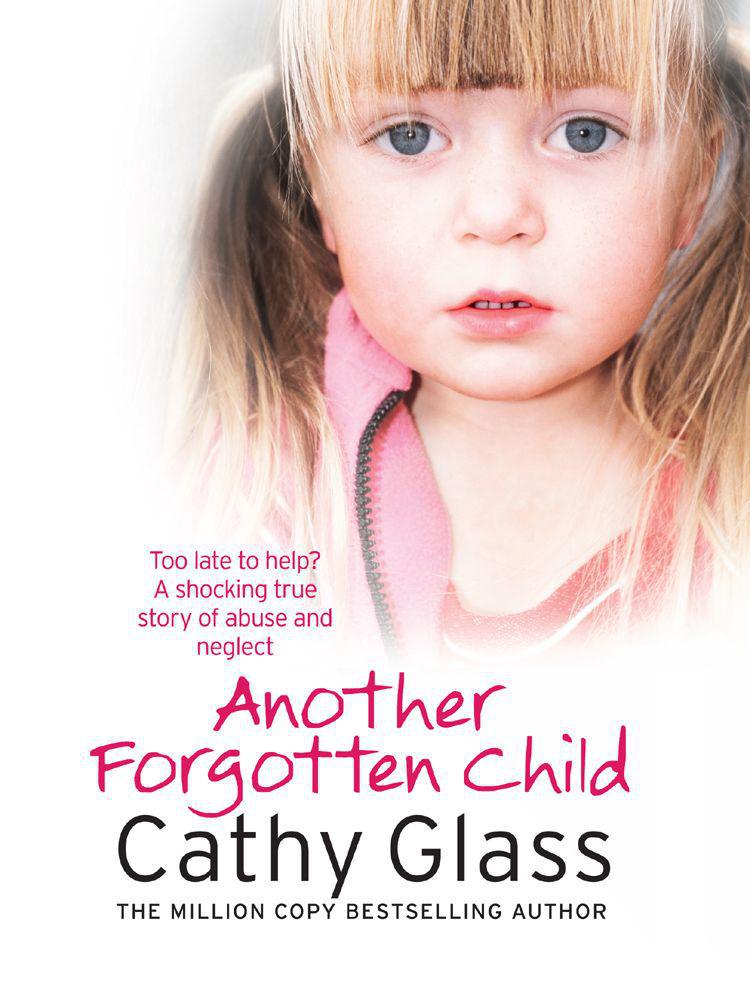 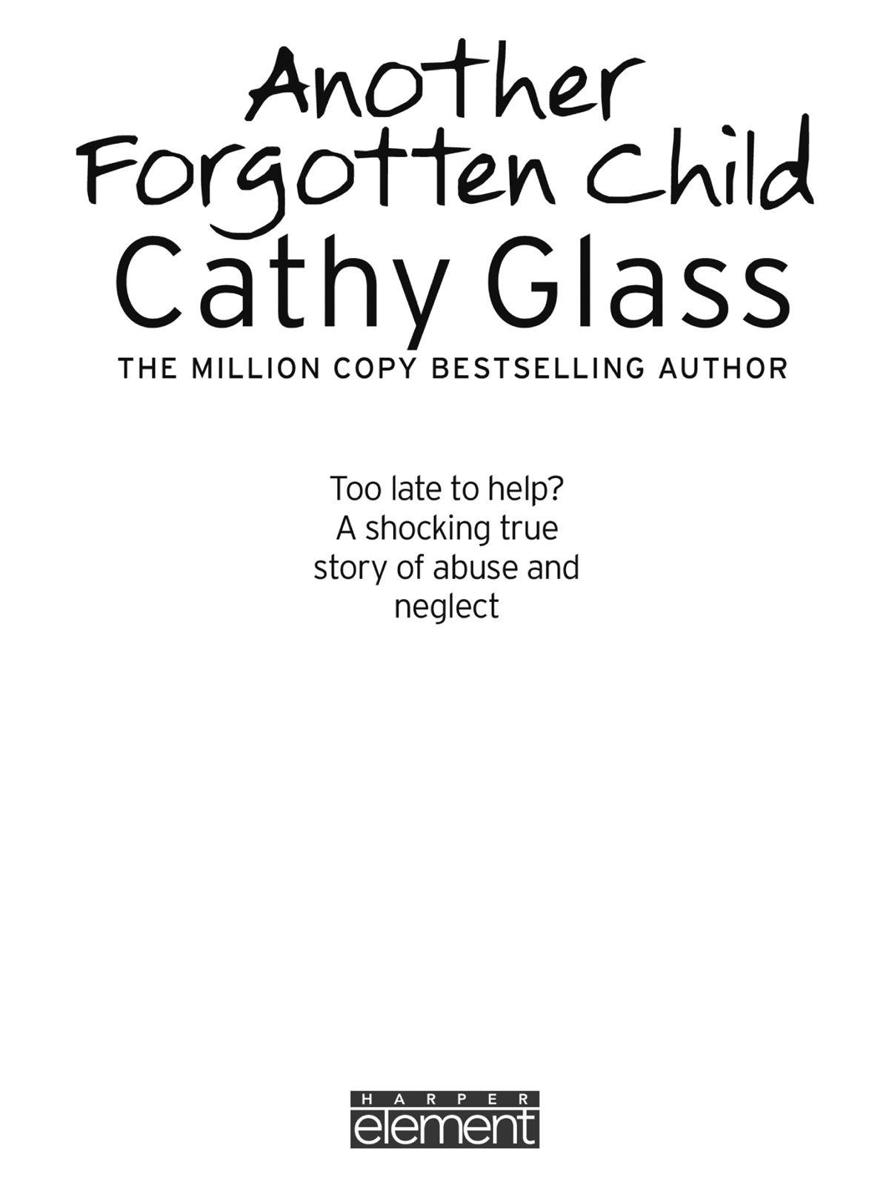 Chapter One: The Child from Hell

Chapter Seven: Should Have Done More

The Child from Hell

‘What!’ I gasped, glancing up from reading the referral.

Jill nodded sombrely. ‘Read on. It doesn’t get any better.’ Jill was my support social worker (also known as a link worker) from Homefinders, the agency I fostered for. We were in my sitting room and Jill was watching me carefully as I read the details of the eight-year-old girl the social services were bringing into care and looking for a foster home for.

I continued to read:

Aimee’s parents live apart and Aimee lives mainly with her mother. The flat is always dirty and freezing cold, and there is never any food in the cupboards. Aimee and her mother sleep on a stained mattress on the floor in the living room, as the one bedroom is too damp to use. Aimee is often unkempt, grubby, and has head lice. She refuses to go to school. Her mother is unable to cope with Aimee and often leaves her with other adults, many of them men and registered drug users. Susan (Aimee’s mother) is unable to set boundaries or routines for Aimee and states that Aimee becomes violent if she is not allowed to do what she wants. A family support worker was put in to try and help, but Susan was unable to stand up to her daughter. Aimee’s mother and father have been intravenous drug users. It is likely they still use. Both parents have served prison sentences for drug dealing
.

I turned the page and under the heading ‘Family members and other related persons’ I read that Aimee had five older half-brothers and -sisters, all of whom had different fathers and all of whom had been taken into care as young children. The eldest of the siblings was now twenty-seven and the family had been known to the social services since he was born – twenty-seven years ago!

‘So why didn’t the social services bring Aimee into care sooner?’ I asked, looking up at Jill. ‘With the mother’s history of drug abuse and being unable to care for her children, why leave Aimee at home for eight years?’

‘It looks as if Aimee fell through the net,’ Jill said. ‘She was on the child protection register at birth.’

‘At birth! All that time – eight years – and no one intervened?’

I leant back in my chair and stared at the referral in my hand. In the twenty-five years I’d been fostering I’d looked after children before who’d ‘fallen through the net’, which meant they had been overlooked or simply forgotten by the social services and society generally. How many more children were going to be left unprotected before sweeping changes were made to our social services system? A child is placed on the child protection (CP) register, also known as the ‘at risk’ register, when there are serious concerns for his or her safety. Such a measure is supposed to be a short-term one to allow help to be put into the family, resulting in either the child being removed from the register when the concerns have gone or, if no improvements are made, the child being brought into care. Clearly in Aimee’s case neither had happened; and while what I’d read about Aimee’s background was bad, it wasn’t enough to explain the disturbed and aggressive behaviour Aimee was exhibiting.

Jill seemed to think so too. ‘The social services are applying for a care order based on severe neglect,’ she said, ‘but there’s a good chance Aimee has been abused as well. She’s very angry.’ I nodded. ‘A new social worker took over the case two months ago and couldn’t understand why Aimee hadn’t been brought into care sooner. Questions are now being asked in the department.’

‘I should think so!’ I said. ‘I dread to think what has gone on at home to make Aimee behave as she does.’

Jill nodded. ‘The case is in court on Thursday, and in view of Aimee’s reported cruelty to children and animals the social worker is looking for a foster family with no young children and preferably no pets.’

‘And I fit the bill,’ I said with a knowing smile.’ For my children – Adrian, Lucy and Paula – were twenty-one, nineteen and seventeen respectively, and our cat, Toscha, had died from old age a few years previously.

‘Obviously it has to be your decision as to whether you offer to take Aimee,’ Jill said. ‘She’s a very damaged child.’

‘Very,’ I said, and we both fell silent. Jill looked at me as I sat deep in thought. I knew I had to make a decision now. It was Tuesday and Jill had said the case was in court on Thursday, when the social services would have to show the judge that they had a suitable foster carer ready to take Aimee if the judge granted a care order. At present Aimee was still living at home.

‘The mother’s flat is on the other side of town,’ Jill offered, after a moment. ‘So you are unlikely to bump into her. I understand Susan can be aggressive and has threatened the foster carers of the older siblings – so much so that all the children have been moved to foster homes out of the county.’

‘I’m not so much worried about bumping into Aimee’s mother,’ I said. ‘It’s happened before with other children I’ve fostered. But I am concerned about the impact looking after Aimee will have on Paula. As you know, Adrian is away at university, and Lucy has finished studying and is often out with her friends after work in the evening. But Paula is at home and has her A-level exams in six months’ time.’

‘I am sure you will be able to settle Aimee quickly,’ Jill said with far more confidence than I felt.

‘I have big reservations. I have a nasty feeling something dreadful has happened to Aimee to make her behave so cruelly.’

‘Agreed,’ Jill said. ‘Do you know who Aimee reminded me of when I first read the referral?’

I held Jill’s gaze and my heart sank. Jodie (the girl whose story I told in
Damaged
) was the most disturbed child I’d ever looked after. I’d fostered her for a year, three years previously, before a psychiatrist recommended that she should live in a therapeutic residential home. Jodie’s highly disturbed behaviour was the result of years of abuse, including being passed around a paedophile ring. Jodie had been eight when she’d arrived – the same age as Aimee.

‘What makes you say that?’ I asked after a moment, as a cold shiver ran down my back. ‘There’s no suggestion in the referral that Aimee has suffered the level of abuse Jodie did, and there’s no mention of sexual abuse.’

‘No, but I think there’s a lot the social services don’t know in this case, and Aimee’s violent behaviour is very similar to Jodie’s. There’s a reason why she’s behaving as she is.’

I had to agree. My thoughts returned to Jodie. Her behaviour had been so violent that in the four months she’d been in care before coming to me, she’d had five foster carers, all of whom had been unable to cope with her aggressive behaviour, and my family and I had struggled to cope as well.

‘At least Aimee won’t have been moved around,’ I said, thinking out loud. ‘She’ll be coming from home straight to me.’

I nodded. ‘I just hope my children are as understanding with Aimee as they were with Jodie.

‘You’ve done what!’ Paula cried, staring at me in disbelief. ‘You’ve never agreed to take her? I don’t believe it! You haven’t thought about me at all! What about my feelings? I won’t be able to have any of my friends round and I won’t be able to study. How could you, Mum? There’s nothing else for it, you’re forcing me to move out.’ Paula turned and flounced out of the room and upstairs.

Well done, Cathy, I thought. You handled that well. Full marks for tact and diplomacy. ‘Paula!’ I called after her, but she’d disappeared into her bedroom and had shut the door. I knew better than to follow her; to try to talk to her now would do more harm than good. She needed some cooling-off time – as I did, too.

I was in the sitting room and I went over to the patio windows and looked out. It was the beginning of November and the garden was bare. The trees had lost their leaves and the sky was grey and overcast. Another English winter had begun and this year I would be spending it with a highly disturbed child, I acknowledged despondently. Perhaps Paula was right and I had made the wrong decision. For while I thought Paula had over-reacted – understandably, as she was seventeen and anxious about her forthcoming exams – I knew fostering Aimee would have a huge impact on us all. Supposing she didn’t settle as quickly as Jill had hoped; supposing the damage done to her was so great that I couldn’t help her. What then? Would Aimee follow the same downward spiral into mental illness as Jodie had, resulting in her going to live in a residential therapeutic unit? I didn’t think I could face all that again. It had been a nightmare for us all – to watch Jodie’s decline and not be able to do anything to help her.

Then, as if to darken my thoughts further, the phone rang and when I answered it was Aimee’s social worker, Kristen, with more horrors to share.

‘I thought I’d introduce myself,’ she began brightly, clearly relieved that she’d found a foster carer daft enough to take Aimee. ‘I’ll give you some more background information and also explain the arrangements for bringing Aimee to you on Thursday if we are granted the court order.’

‘If?’ I repeated. ‘Surely with Aimee’s history there’s no doubt you’ll be given the care order.’

‘We were in court two weeks ago but the case was adjourned,’ Kristen said. ‘Susan, Aimee’s mother, has a good barrister, but fingers crossed we’ll be granted the order this time.’

I sighed but didn’t say anything. Adjourning a case in care proceedings is not uncommon, and essentially means that the child stays at home to suffer more neglect and abuse, for longer.

All That Matters by Flagg, Shannon
Unintentional by Harkins, MK
Mal de altura by Jon Krakauer
Can't Buy Your Love by Lockwood, Tressie
The Clue of the Screeching Owl by Franklin W. Dixon
The Doctor's Damsel (Men of the Capital Book 3) by Cara Nelson
Rough Cut by Mari Carr
High Crimes by Joseph Finder
Across the Mersey by Annie Groves
The Stepson by Martin Armstrong