Read Atop an Underwood Online 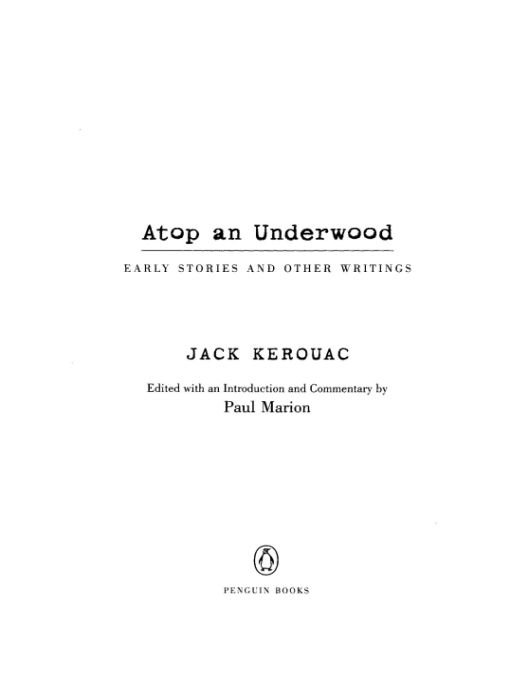 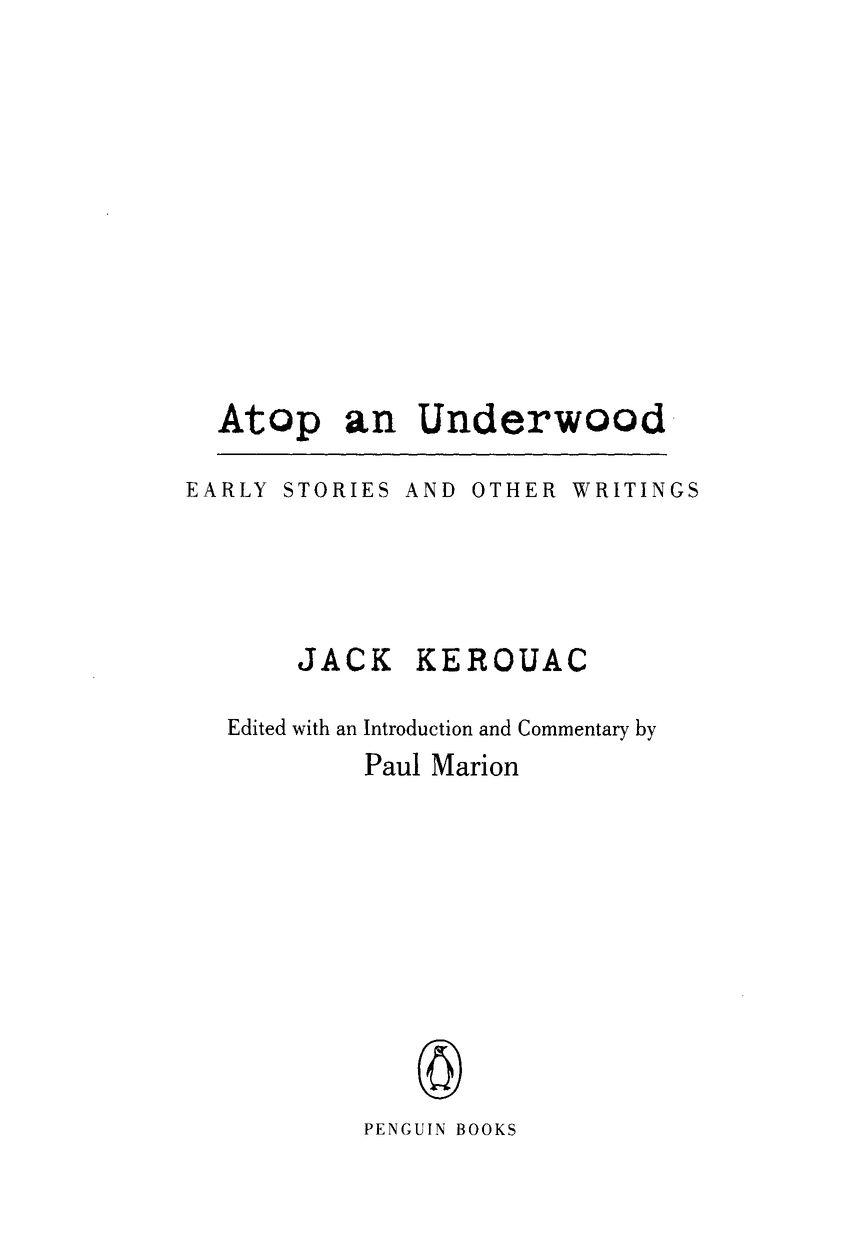 To young writers everywhere
As I am, so I see.
âRalph Waldo Emerson
Â
Â
Are you he who would assume a place to teach or be a poet here in
the States? The place is august, the terms obdurate.
âWalt Whitman
Â
Â
Always considered writing my duty on earth.
âJack Kerouac
Introduction
When Jack Kerouac burst on to the American scene in 1957 with his Roman candle book
On the Road,
he had been a writer for more than twenty years. He later defined what it means to be a born writer: “When the question is therefore asked, âAre writers made or born?' one should first ask, âDo you mean writers with talent or writers with originality?' Because anybody can write, but not everybody invents new forms of writing.” The clarification was rooted in his understanding of the word
genius
as meaning “to beget.” Along with creating more than twenty books, Kerouac knew he had invented a new way of writing, fusing local talk, blown jazz, a scribe's eye, relentless self-examination, the grammar of dreams, memory glee, and gloominess about our short lives.
For someone who felt he was born to write, Kerouac spent his youth “busy being born.” And so this is Jack Kerouac's book about becoming a writer and an artist. Unlike
Some of the Dharma, Book of Blues,
and other books of his published since he died in 1969, Kerouac had not prepared the manuscript of
Atop an Underwood: Early Stories and Other Writings.
He did, however, leave an enormous cache of writings in carefully organized files, the source of this book and others to come. His papers are an extraordinary record of an artist's development.
Â
Â
Atop an Underwood: Early Stories and Other Writings
takes its title from a book of stories Kerouac imagined publishing in 1941. Readers of Kerouac's novel
Vanity of Duluoz: An Adventurous Education,
1935â46, will recognize the title because he brings it into his story about Jack Duluoz growing up in America. After working all day in a gas station in Hartford, Connecticut, Duluoz would head back to his digs: “I was happy in my room at night writing âAtop an Underwood,' stories in the Saroyan-Hemingway-Wolfe style as best as I could figure it at age nineteen.” Kerouac's readers have long wondered about the real stories written in Hartford in the fall of 1941. Do they exist?
ADS
15.4Mb size Format: txt, pdf, ePub

All the Way Home by Patricia Reilly Giff
Marking Time by Elizabeth Jane Howard
Goldie and Her Bears by Honor James
Songs from the Violet Cafe by Fiona Kidman
Another Forgotten Child by Glass, Cathy
The Book of the Dead by Carriger, Gail, Cornell, Paul, Hill, Will, Headley, Maria Dahvana, Bullington, Jesse, Tanzer, Molly
One Step Over the Border by Stephen Bly
Into the Void: Star Wars (Dawn of the Jedi) by Tim Lebbon
Catalyst (Book 1): Decay Chains by Wars, Kate
Crawlers by John Shirley