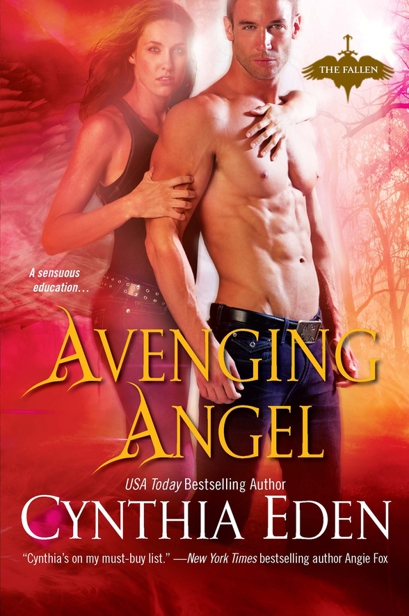 All copyrighted material within is Attributor Protected.
Table of Contents
DON’T MISS
Title Page
P
ROLOGUE
C
HAPTER
O
NE
C
HAPTER
T
WO
C
HAPTER
T
HREE
C
HAPTER
F
OUR
C
HAPTER
F
IVE
C
HAPTER
S
IX
C
HAPTER
S
EVEN
C
HAPTER
E
IGHT
C
HAPTER
N
INE
C
HAPTER
T
EN
C
HAPTER
E
LEVEN
C
HAPTER
T
WELVE
C
HAPTER
T
HIRTEEN
C
HAPTER
F
OURTEEN
C
HAPTER
F
IFTEEN
C
HAPTER
S
IXTEEN
C
HAPTER
S
EVENTEEN
C
HAPTER
E
IGHTEEN
C
HAPTER
N
INETEEN
C
HAPTER
T
WENTY
Teaser chapter
Copyright Page
P
ROLOGUE
M
arna awoke to pain. Her eyelids flew open as a white-hot fire sent bolts of agony throbbing through her whole body. The fire burned the hottest near her shoulder blades.
Burned.
She screamed as loud as she could and she jerked, trying to rise and get away from that agony—only to find that she couldn’t move.
They’d strapped her onto some kind of table. She was lying facedown, held almost completely immobile by the bonds.
“Easy . . .” A man’s slow, drawling voice came from beside her. She saw faded jeans. Tanned hands. Then he bent and brushed back her hair. “You’re gonna be all right.”
Marna stared into his face—strong, fierce, dangerous—and knew he was lying. A tear leaked from the corner of her eye. She knew his face. Knew him—and knew that he wasn’t a man at all. Not really.
Monster.
A beast lived beneath his skin. One that was just dying to break out.
Another stab of pain hit her back, and she flinched at the fresh burn. The monster’s face tightened, and he said, “Don’t worry. He’s almost finished sewing your wounds closed.”
Sewing you . . .
She swallowed back the scream. Someone was sewing up her back. Mending flesh that had been sliced open.
Nausea hit her. Fear and fury had her shaking. “My . . . wings . . .” She barely managed to get the words out because her throat was so dry. Parched. Probably from all her screams. But she had to ask about her wings. They were the only things that mattered.
Marna was an angel, and an angel without wings . . .
Hello, hell.
An angel without wings could never return to heaven.
Memories rushed through her mind. She’d had her wings hours before. She’d been doing her duty. Just following orders, until another monster had attacked. Until a bastard had sliced her wings right from her flesh and left her to die in the rotting vegetation of a Louisiana swamp.
The man before her—
no, remember, he’s a monster, too, you’ve seen the panther beneath his skin—
brushed his fingers over her cheek and wiped away her tears. “I’m sorry, but there was nothing we could do.”
She bit her lip to hold back any more cries.
A muscle flexed along the hard line of his jaw. “He—he sliced them all the way off. Fuck, he cut into your
bones.
”
There would be no going home for her.
Her eyes closed as hope died. She didn’t speak. Couldn’t.
Another poke in her back. More fiery pain. She knew what that pain was now. A needle. Thread. Going in and out of her body. Sewing up the gaping holes that had been left behind.
My wings are gone.
For centuries, she’d been an angel. Her job had been to ferry the souls of humans from this world to the next.
She’d never known fear. Anger. Pain.
Those were all human emotions. Angels were far from human. She’d never known—
Not until her wings had been cut away by a panther shifter who feared no one and nothing.
Without the wings, the magic that had kept her immune from human feelings was gone. Wiped away. The emotions hit her now, slamming into her with the force of a speeding train.
Fear.
Rage.
“All done.” Another male voice. Had to be the guy with the needle. She opened her eyes, but didn’t look his way. She didn’t want to see him or see her own blood staining his hands. Marna had turned her head so that her eyes met the monster’s green stare.
Such a pity. A monster shouldn’t have a face like his. He shouldn’t have such deep eyes, eyes that made it look as if he actually cared what happened to her.
“You’re gonna be all right,” her monster told her. Hadn’t he said that before?
Marna managed to slowly shake her head. No, she’d never be all right again.
Then the monster leaned close to her. His breath feathered over her cheek as he promised, “I’ll kill him for you.”
She wasn’t supposed to care about revenge. She hadn’t been a punishment angel. Vengeance
shouldn’t
have been her calling.
It shouldn’t . . .
But she wanted to give pain for pain. Her life was gone, ripped away by a panther shifter’s claws. And now another shifter stood in front of her—and offered to destroy for her.
Vengeance
would
come. She’d make sure of it. After all, there wasn’t anything else waiting for her now. Not heaven. Not hell. She was
in
hell for an angel.
There was only . . .
Vengeance.

The delicate angel had broken.
Did she even realize that tears slid down her cheeks? Tanner Chance kept guard by her side. His hand was on her arm, stroking her.
He couldn’t seem to stop touching her.
They’d found her body in the swamp. At first, he’d thought that she was already dead.
So much blood.
Then she’d moved, and he’d realized just what his sick freak of a brother had done.
Sliced the wings right off an angel.
Her lashes lifted and her eyes, the palest blue he’d ever seen, locked right on him.
No, those eyes seemed to see right
through
him. Tanner cleared his throat. He was a cop. He’d spent too many years seeing blank expressions like that on the faces of victims.
“You . . . you’re safe now.” He’d keep her safe. “You just need to rest.”
She didn’t speak. He didn’t know what else he was supposed to say to her. He never knew what to say to the victims. He just knew how to make the bastards who hurt them pay.
He was very good at delivering justice. But this time . . .
An angel.
She had to hate him. She knew who he was. Knew that his brother was the fucked-up asshole who’d tortured her. Tanner cleared his throat and had to say, “I’m not like him.”
Her eyes never left his.
And he was still touching her. Her skin was the softest he’d ever felt. The smoothest. Her flesh was golden and perfect.
Or, it had been, until claws had ripped into her back and torn that flesh wide open.
Her breath exhaled softly. “When I’m stronger . . .”
Tanner leaned closer because he could barely hear her words. “What is it? What do you need?”
Anything.
He’d do—
“When I’m stronger, you should . . . stay away from me.”
He glanced at her small hands. They’d had to bind her wrists when they strapped her down. Not to hurt her, but to keep the little blond angel from hurting
them
.
The angel before him—
Marna—
she wasn’t some sweet and gentle guardian angel.
She was an angel of death. One who could, and
had,
killed with just a touch.
He could touch her all that he wanted. That was the way the game worked with angels. But the instant her hand touched him . . .
Dead.
If she wanted him dead, all she had to do was touch him, and she could send him straight to hell.
She smiled at him. The smile made her seem even lovelier, and then the angel said, “When I’m stronger, when I’m free . . . get as far away from me as you can.” The faintest of pauses, then, “Because I’ll have my vengeance.”
She didn’t look so broken anymore.
“Remember . . . to run, shifter.”
He didn’t move, and he damn well kept touching her. “I’m not the running kind.” Not anymore. The scared kid he’d been had died long ago. Now he fought any bastard who came his way, and he made sure to win his battles.
His angel kept her cold smile and told him, “Wait and see.... You will be. . . .”
ADS
15.4Mb size Format: txt, pdf, ePub