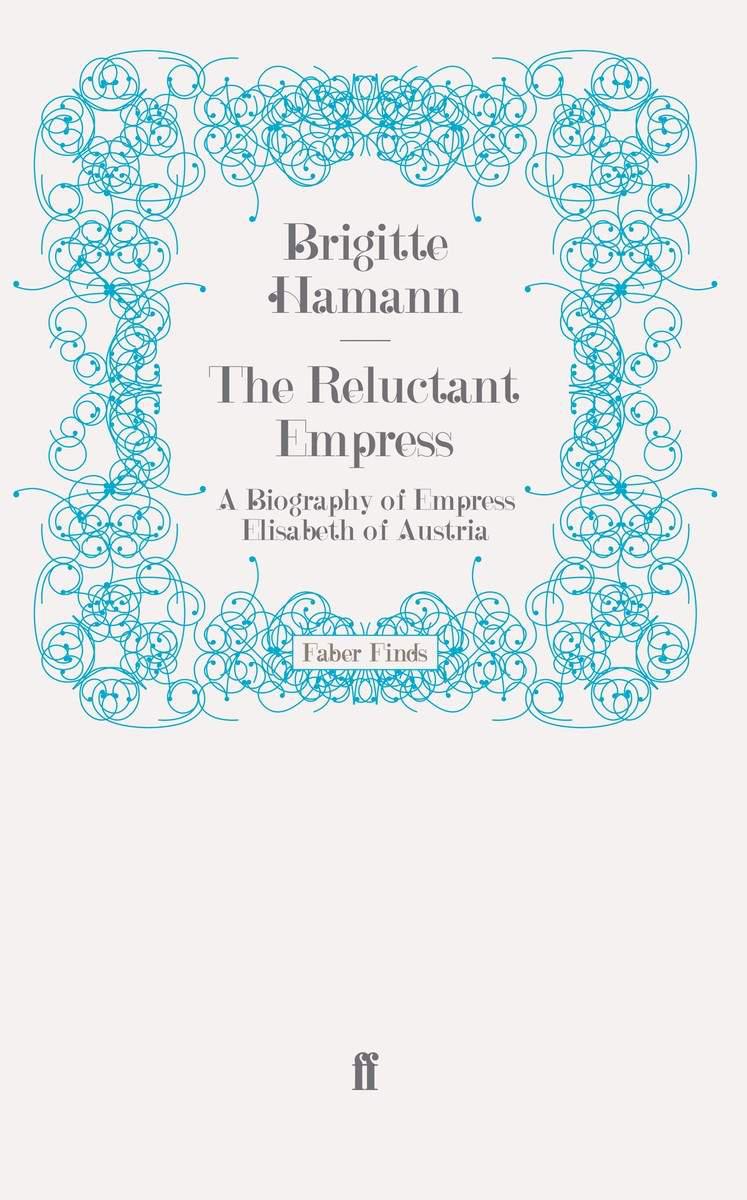 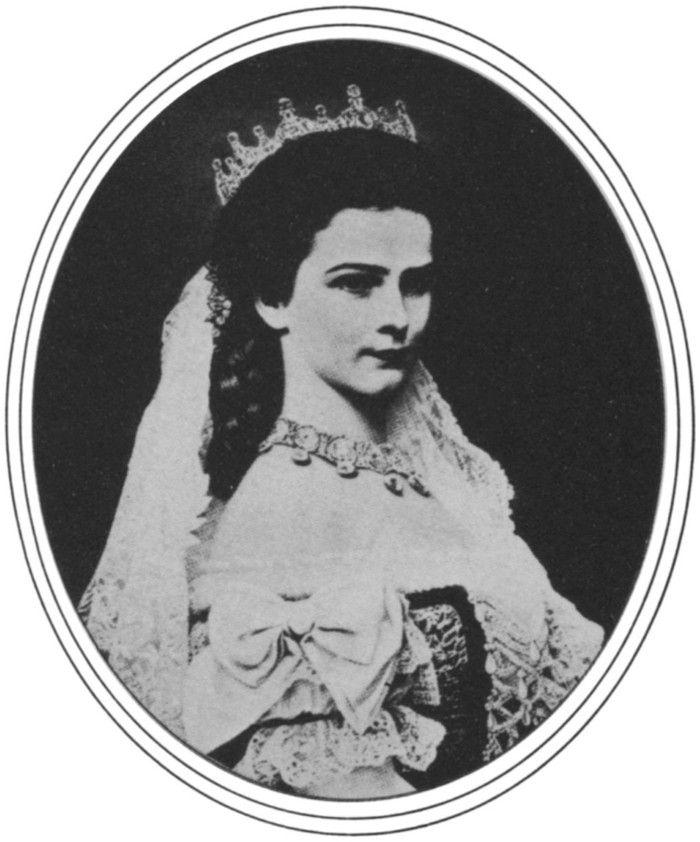 A Biography of Empress Elisabeth of Austria

TRANSLATED FROM THE GERMAN BY RUTH HEIN

CHAPTER ONE
Engagement in Bad Ischl

CHAPTER FIVE
The Cult of Beauty

T
his book is the life story of a woman who refused to behave according to her rank. Drawing on remarkable self-confidence, she strove for and achieved the goal that it took the
twentieth-century
feminist movement to name “self-realization.”

She played none of the roles assigned to her by tradition and her surroundings: not the role of loving and devoted wife, not the role of mother, not the role of principal figurehead in a gigantic empire. She insisted on her rights as an individual—and she prevailed. That her
self-realization
did not make her happy is the tragedy of her life—aside from the tragedies that befell her most immediate family, set in motion by her refusal to be co-opted. Elisabeth, Empress of Austria, Queen of Hungary and Bohemia (to list only her most important titles), was at heart a republican, calling the venerable monarchy the “skeleton of former
splendor”
and an oak tree that was bound to fall, since it had “outlived its usefulness” (
see here
). She excoriated the excesses of the aristocratic system, and she flouted kings and princes, as she had learned to do from her revered model and “master,” Heinrich Heine.

Class consciousness was not in her nature, foreign to her to such a degree that in the end the Empress-Queen seemed an alien outsider at the court of Vienna, an irritant to the court society living by the traditional rules. This effect Elisabeth deliberately cultivated.

On the one hand, as a proponent of democratic ideals, Elisabeth
represents
an anomaly (even a curiosity); on the other, her example above all illustrates the power of the antimonarchist ideas current in the late
nineteenth
century. These ideas did not stop short of princes, who were beginning to question the legitimacy of their (inherited rather than earned) elite positions. The remark Count Alexander Hübner entered in his diary on November 18, 1884, was surely true: “It is a fact that no one any longer believes in kings, and I do not know if they believe in themselves.” And Elisabeth’s friend, the poet Carmen Sylva (Queen Elisabeth of Romania), expressed the same belief even more bluntly: “The republican form of government is the only rational one; I can never understand the foolish people, the fact that they continue to tolerate us” (
see here
).

This attitude gave rise to considerable conflicts in the area of class consciousness. For though the awareness of his “individuality” made the aristocrat who was touched by modern ideas willing to present himself as merely one among many equals (distinguished primarily by the
middle-class
virtues of “accomplishment” and “culture”), only too often he would have to recognize that he could not hold his own in the competition (at least not to an extent due his noble origins)—that his individual worth did not, therefore, coincide with his special social standing; these nobles
understood
that in the last resort they would leave nothing behind but a title they had not earned and a function whose value they did not acknowledge. This was the tragedy of Empress Elisabeth, as it was of her son, Rudolf.

Elisabeth’s life is full of grim, even desperate efforts to gain recognition as an individual. Her first and most successful struggle was to be beautiful. The legendary beauty of Empress Elisabeth was in no way merely a gift of nature; it was also the result of rigorous self-control and lifelong discipline, which in the end became physical torment. In similar fashion she earned her reputation as an outstanding sportswoman, the top woman rider in hunts all over Europe during the 1870s. This was a form of fame that, like the fame of her beauty, could not but wane with increasing age, in spite of all her self-discipline. Her highest hopes for wresting renown from posterity lay in another direction: she would be known as an inspired poet. The evidence of her efforts—poems, hitherto unknown, covering more than five hundred pages, all written in the 1880s—forms the basis of the present study. These lines provide Elisabeth’s most intimate and personal statements about herself, about the world around her, and about her times. But they also clearly show her failure; for the poems in no way justify Elisabeth’s hope for posthumous fame. The lines are interesting not for their literary worth (the dilettantism of the Heine imitation is hard to ignore or gloss over); rather, as the work of an empress and queen, they furnish us with source material for the history of the Habsburg monarchy as well as the intellectual history of an enlightened aristocrat, a cultured woman of the nineteenth century. Finally, Elisabeth’s poetry serves to illustrate the “nervous century,” with an emotional life often transcending the limits of reality.

I am deeply grateful to the Swiss federal government and the directors of the Swiss Federal Archives in Bern for granting me permission for the first perusal of these sources, which were kept under strictest secrecy until now. Our friend Dr. Prof. Jean-Rudolf von Salis graciously used his good offices to secure this permission. The circumstance that the Empress
entrusted
what she believed to be her most valuable possession, her literary bequest, to a republic (though the one she considered the prototype and ideal) best characterizes her attitude to the Austro-Hungarian monarchy as well as to the House of Habsburg.

I am also indebted to the estate of the archivist and historian Richard Sexau of Munich for a vast amount of new material. Sexau made detailed and reliable copies of sources in private hands which were unfortunately not available to me in the original. The most valuable among these are the diary of the Emperor’s younger daughter, Archduchess Marie Valerie, and the diary of Elisabeth’s niece, Duchess Amélie von Urach, as well as the extensive correspondence of the Empress’s mother, mother-in-law, and aunts to and from each other.

Valuable notes on conversations with Countess Marie Festetics, one of Elisabeth’s ladies-in-waiting, were made available to me in the papers of the historian Heinrich Friedjung (State Library, Vienna, Manuscript Division).

I found several though widely scattered source copies (especially of Elisabeth’s letters to her husband, to her daughter Marie Valerie, and to her mother, Duchess Ludovika) among the papers of Egon Caesar Conte Corti (Haus-, Hof- und Staatsarchiv, Vienna). However, whenever I worked with sources earlier cited by Corti, I made use of the originals. Without exception, my opinion of what passages were worth quoting differed from Corti’s—though I do not mean even by implication to diminish his merits in interpreting primary sources. It is precisely to this renewed perusal of the following original sources that I owe many new insights: diary of Countess Marie Festetics (Széchenyi Library, Budapest); diary of Count Alexander Hübner (Historical Institute of the University of Padua); estate of the Imperial Adjutant General Count Franz Folliot de Crenneville (Haus-, Hof- und Staatsarchiv, Vienna); estate of Landgravine Therese Fürstenberg (Fürstenberg Family Archives, Veitra, with kind
permission
of Prince and Landgrave Johannes von und zu Fürstenberg).

Of course I made use of the diplomatic correspondence, insofar as it concerns the Empress, in the Haus-, Hof- und Staatsarchiv, Vienna; in the Swiss Federal Archives, Bern; and in the Federal Archives, Bonn. Another rich lode was furnished by the contemporary newspapers preserved in the Periodicals Division of the Austrian National Library.

The days of the Court Circular are gone—every bit as much as are the days of disparaging the Old Monarchy. I feel committed to the scholarly quest for truth, and in this search I consider the figure of the Empress Elisabeth—with all her problems, but also with her surprisingly modern, never ordinary peculiarities—typical of the final days of the
Austro-Hungarian
monarchy. The levelheaded and dutiful “official,” Emperor Franz Joseph, and the unorthodox, highly intelligent, dreamy Empress Elisabeth—these two were like plus and minus, like day and night:
opposites
that nevertheless affected each other, each one the other’s misfortune. A private tragedy at the end of a dying empire at the close of a century.

Elizabeth the First Wife by Lian Dolan
Sisters of Colford Hall 01 - The Invasion of Falgannon Isle by Deborah MacGillivray
Rock Hard: A Bad Boy Rock Star Romance by Archer, Arielle
The Paladin's Tale by Jonathan Moeller
The Silenced by Brett Battles
Vanished by Elizabeth Heiter
Green Eyes by Amanda Heath
The Vitalis Chronicles: Tomb of the Relequim by Swanson, Jay
If Forever Comes by Jackson, A. L.
Because Naughty Holidays Can Be Oh So Nice 2015 by Nicole Edwards