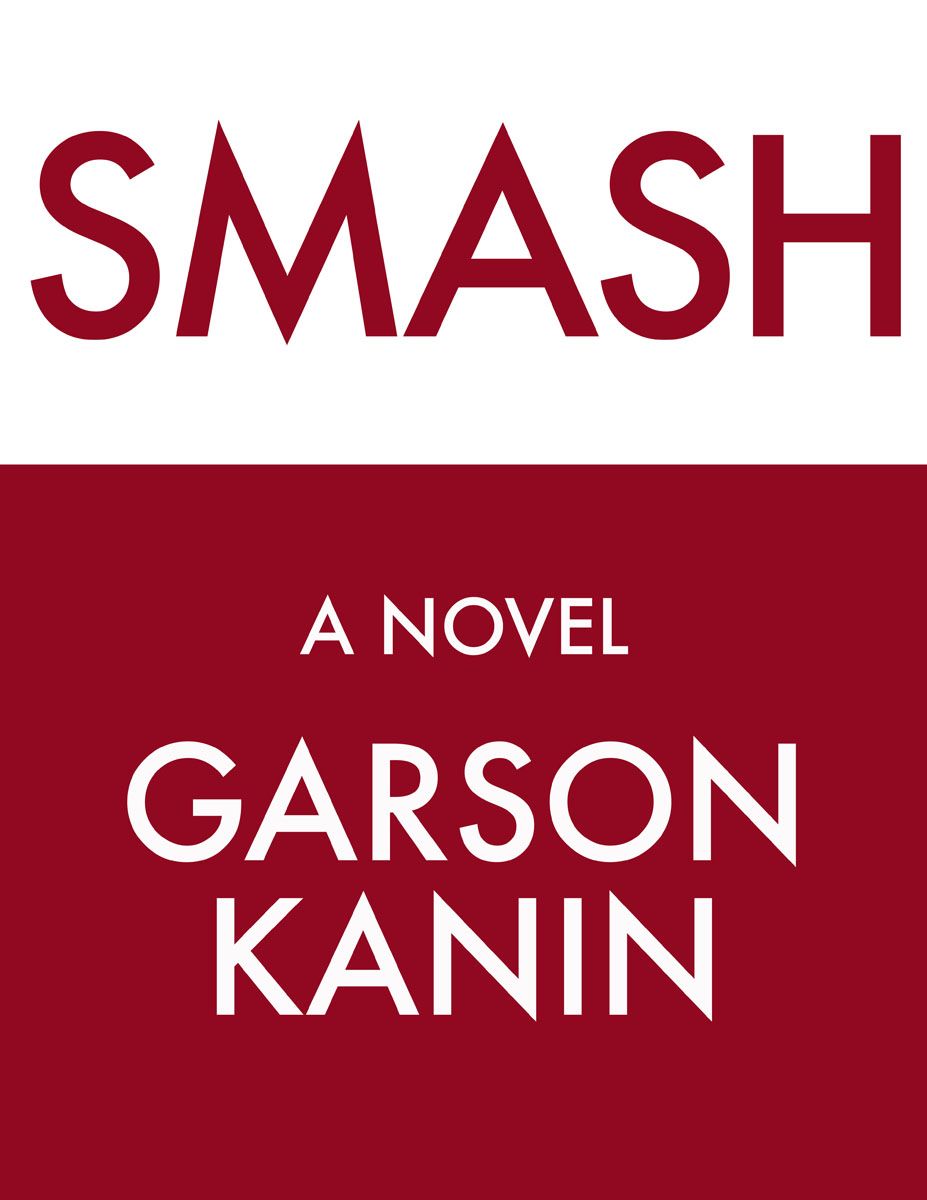 “Is Hitler dead? Or alive? I don’t know. But if he
is
alive,

I hope he’s out of town with a musical!”

I have no way of knowing if it is true for others, but for me, things seem to work out for the best.

I owe a lot of it to luck, but most of it to my brother Vartan. Our father is extremely Armenian, our mother beguilingly Irish. They met at the USO Club in San Francisco during World War II. I was born in Saint Helena, California, at 3:30 p.m., Sunday, June 17, 1951. At home, the way our family has always done it. Old Armenian joke: “I was born in Saint John’s Hospital.” “What’s a matter, you were sick?” I am a Gemini, and although I do not believe in astrology for one minute, I check out my sign every afternoon in the
New York Post
and any magazine that carries such info when I run across it in doctors’ or dentists’ offices.

My father is a winemaker, a wonderful one. My mother has worked with him since their marriage. Three brothers: one older, two younger. Vartan (thirty-four), Sean (twenty-three), Keta (twenty). The two younger boys are in the business with my parents. Vartan is a high-up editor on the
San Francisco Chronicle
.

From about the time I started high school, Vartan took charge of me, quietly. He was already living away from home, and I often went down to San Francisco to spend weekends with him. Movies, plays, concerts, museums, restaurants. What a brother!

“They don’t mean a thing. Letters, not learning. You’re smart, all right.”

“So you’ll be able to understand my plan. Listen. I want to steer your education and your career, if you should decide to have one.”

“Whatever,” he said. “But the main thing is—it has to be between you and me. I wouldn’t want to hurt Pa’s feelings—not for the world. He’s a fine, sensitive man.”

“But remember, he lives in a different world, maybe even a different time—not the world or the time
you’re
going to face.”

“So this summer—instead of just farting around with pimple-faces the way you did last summer, and wasting your time at the beach—I’d like to get you a job on the paper.”

“But as soon as possible you’ve got to get started on shorthand and typing.”

“Right. And again and again—until you do it.”

“And don’t pout. It’s one of your least attractive faces.”

He had been at me for years on this subject. It was by way of being an obsession with him. His argument was that in the modern world, every young woman—or young man, for that matter—should know steno and typing, a few languages, piano playing, and some drawing, in addition to reading, writing, and arithmetic.

God, how I fought him (and the extra subjects) and God, how grateful I am that I lost.

He argued:
“Pokrig kooyr”
—Armenian for “little sister”—“we’re poor, but the world is rich. The ones who train themselves, prepare for the rough battle out there, are the ones who make it in time. Abilities are like tickets—like free passes—passports, even. If you equip yourself the way I want you to—you’ll always be employable—and in life, one job leads to another, and another. Look at Lucine.” (His former wife.) “Top skills. So in L.A., when we were first married and I was a cub on the
Times
, we both worked—which meant we could live twice as well. Then she got that cushy job as secretary to the head of Paramount. Next thing you know, she’s assistant story editor—then into television, became a producer, and left
me
. Isn’t that a beautiful, upside-down Cinderella story?”

“
You
know what I mean,
pokrig kooyr—nothing
would have happened if she hadn’t been able to make that first entrée.”

“I know, I know. But how’s all this going to help me be a great actress—a star? If that’s what I decide to be.”

“It’s going to support you while you struggle.”

“Maybe I won’t
have
to struggle.”

“
All
actresses have to struggle.”

“You’re going to need training, right? The family’ll help, sure, all they can—but don’t
count
on it. Count on yourself. Be resourceful, independent. Self-reliant. That’s one of the tricks of life, believe me. Being on your own and working is so great for the morale and your strength—yes, health. This is turning into The Century of the Female. So be part of it, be more than the little woman. Be a
big
woman. You don’t strike me as the housewife type.”

As a result of all this hectoring—I am now able to take shorthand (140 wpm) and type (90 wpm)—and play the piano (good to excellent)—have Spanish and French (fluent)—and draw (fair to good).

Vartan was entirely right. My skills have led me into all kinds of life. Put me through Vassar.

After that, Vartan got me a dream job—personal secretary to the biggest female movie star in the business. Sixteen months of glamour and filmmaking and Europe and excitement. (I omit her name because I have already been hounded mercilessly by all those who want inside dope on her, especially since the recent scandalous happenings.) Then she married (her fifth) an out-and-out creep, who couldn’t stand me any more than I could stand him. So I took off for New York and made it to the American Academy of Dramatic Arts, where I studied for two years and had a glorious time.

Then, after a serious and concentrated try, I gave up the idea of becoming an actress. Two off-Broadway flops; one off-off-Broadway hit; one Broadway hit; and two local TV commercials hardly seemed to be leading to stardom or even a sensible career. In addition, my innate common sense pointed out that most of my classmates at AADA had been more talented than I, and that out here in the Real World, the competition was near-devastating. One long, troubled, sleepless, soul-searching night, I decided, irrevocably, to give up the theatre and try another road. It came when I qualified for the job of Assistant to the Publisher at Doubleday. All went well and happily, but when the agency asked me to recommend someone for the Broadway job, the smell of the greasepaint became overpowering—and I took it myself. And here I am.

I started nine weeks ago, just as auditions for the principals were getting under way. Clay Botsford, the Production Supervisor, was the one who actually hired me, after an interview/test that lasted three and a half hours. The clincher may have been the piano playing (Thanks, Vartan!), in view of the fact that this
is
a musical, and the musical skill comes in handy every so often.

Clay is an angel—helpful and supportive and patient. He is about forty, I think. Crew-cut gray hair. Tall and thin and mild-mannered, but firm. Horn-rimmed glasses give him an added intellectual look. When I asked him to give me an outline of my duties—I think I used the phrase “job description”—he laughed.

“Sweetie, there’s no such thing in this business. You’re going to have to make it up as you go along—the way the rest of us do. You’ll probably turn out to be the nerve center of the whole operation.”

“Well, you’ll be dealing directly with every department—music, book, staging, choreography, production, notes, bulletins—so that, in a way, you’ll be coordinating all the elements.”

“Of course you can,” he said. “I have every confidence in you.”

He was lying on the leather-covered sofa in his cramped office. I was sitting in the matching armchair beside him.

He looked at me, seriously. Blue eyes. Always a turn-on for me.

“I’m following my instinct about you,” he said, “and it’s seldom wrong where young women are concerned.”

I crossed my legs in such a way as to make my double-knit skirt slide up neatly, and turned slightly to my left, giving him a nice under-thigh shot with intimations of Pikes Peak.

“Your main problem,” he said, “will probably be adjusting to all the different personalities and temperaments. We’re all nutty, of course, or we wouldn’t be here.”

“Of course you are. You leave a solid, respectable, steady, lucrative job—with fringe benefits, chance for advancement, a future—and throw in your lot with a band of mountebanks and minstrels. Why? Because you’re stagestruck, and that’s an indefinable affliction for which there is no known cure.”

“You’re wrong,” I said, knowing full well that he was as right as right can be.

“Basically,” he said, “attach yourself to Larry Gabel. At this point, the director is the key. Everything has to flow through him. But then, later on, you’ll have to make yourself available to any one of us who needs you. I imagine we’ll end up tearing you to pieces.”

“And then I’ll have to find a new Production Secretary.”

“How many did you use up on your last show?”

“Six!” I said and threw my left leg over the arm of my chair. “Maybe I ought to quit while I’m winning.”

He laughed, got up from the sofa, went to his desk.

He waited until I was ready before he began pacing and dictating, in a strong voice, with clear articulation and perfect speed.

“To the staff colon I am happy to inform you that we now have our Production Secretary cap P cap S in the person of Miss      paren She does not approve of Ms paren       Midge Maghakian…Do you know how to spell that?”

“Thanks…who I am certain will be a valuable addition to our company period She is highly qualified with an exceptional background and comes to us highly recommended para For the present she will be attached to Larry Gabel but understands that she will be servicing all…no, cut that. Sounds dirty, doesn’t it?”

“…that she will be
assisting
all departments…That’s better…May I suggest that all of you dictate to MM any information of common interest       As I have previously requested please put everything in writing       As they say in the business world out there colon AVO       Avoid Verbal Orders       cap AVO       paren Note to Hy Balaban colon Miss M is an expert pianist       Say thanks paren       During rehearsal hours MM will be at the director’s desk phone five eight six nine one nine one to be used only       underlined       for matters of immediacy or urgency       At other times she may be reached in the theatre production office five eight six seven eight five one Mornings probably in the main office Her home phone is       fill that in please       only to be used in emergencies or urgencies I mean of a business comma not personal comma       nature…No, strike that.”

“Period after 'urgencies.’ I’m sorry. We tend to get playful around here. Sorry.”

“Memo to Art Clune colon We have lucked out on the Production Secretary spot A ten-strike      A winner       Midge Maghakian is her name and I’m sure she will be useful to us all       In addition to her skills and talents I can assure you that you can trust her with matters of strictest confidence…That’s it.”