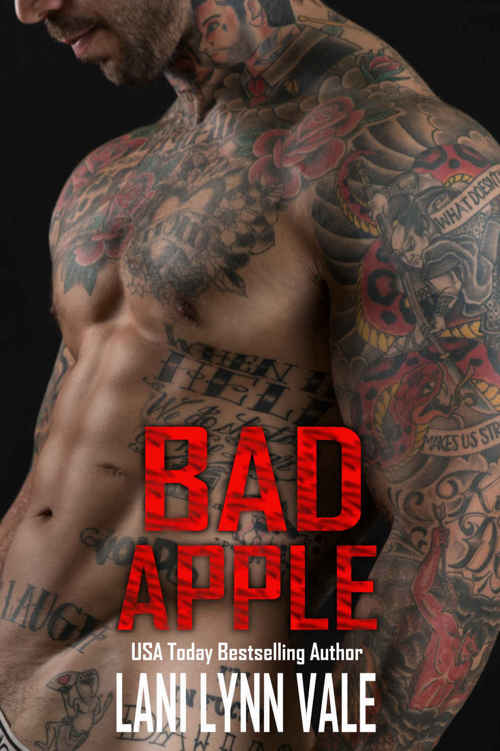 This has to be the hardest part of writing this book. I struggle every time when I get to this page in my word document. Who the hell do you thank for giving you everything you ever dreamed of?

My readers:
Hell yes, this wouldn’t be possible without y’all.

My mom:
Thank you for being there for me. Thank you for letting me move back in after you thought you got rid of me.

My mother in law:
Yeah, y’all can thank the shit out of her. I likely wouldn’t be writing right now if she hadn’t gotten me hooked on reading.

My husband: You may drive me nuts, but I love you anyways. There are no limits to my love. Even when you piss me off. It’s always there. I hope you know that.

Furiousfotog: This photo is gorgeous. Thank you so much for sharing your talent with the world.

Alex Minsky: The same goes for you
. You really made this character come to life. Thank you for sharing yourself with us, too.

Danielle P.: You seriously have no clue what you mean to me. Thank you so much for everything you do.

Other titles by Lani Lynn Vale:

Another One Bites the Dust

Last Day of My Life

The Heroes of The Dixie Wardens MC

Lights To My Siren

Halligan To My Axe

Kevlar To My Vest

Keys To My Cuffs

Life To My Flight

Charge To My Line

Counter To My Intelligence

Right To My Wrong

Vodka On The Rocks

The road to hell may be paved with good intentions…

Apple “Core” Drew needs The Uncertain Saints MC like he needs air. He is barely making it through the day, and each one that goes by takes him closer and closer to hell. Literally, not figuratively.

He’s a half breath away from stepping over that line. The one that will be the life altering decision between breathing and taking away the pain.

But then he meets an angel. The sister of one of his club members. The one woman who’ll tear his world apart.

Just not for the better.

As surely as he ruined his life, he’ll ruin her life, too. One lapse in judgment on his part, and his one night of happiness turns into the worst nine months of his life.

But is the road to heaven paved with good actions?

It was the beard. The beard made her do it.

That’ll be her excuse for having sex with a man she just met, and she’s sticking to it.

Yeah, who was she kidding? It wasn’t the beard. It was the solemn and dejected way he looked at her. The almost desperate sadness she sees in his eyes that calls out to her. The way his rough hands move over her skin that has her longing for more.

She was sure she’d have given anything to take that look out of his eyes, but she never anticipated that in doing so things would go from bad to worse.

She wants more, but one day is all he’ll give her.

Until she dies, that is. Then it’s too late.

Everyone’s brave until they figure out the roach has wings.

I walked into The Uncertain Saints’ club house, completely expecting that I would get trashed.

What I didn’t expect, though, was to get pregnant.

However, life works in mysterious ways.

Ways that seem to take a hold of you and shake you until you get your shit straight.

That was what Apple Drew, aka Core, was to me…the shake up I needed to get my head on straight.

I was going to school to become a family law paralegal and I was on the verge of quitting.

When I’d started going to school to become a paralegal, they never told me that I’d have to deal with the kind of trash that I did on a daily basis.

Today, for instance, I realized that maybe family law just wasn’t for me.

People were assholes, pure and simple.

And all I wanted to do was see my brother.

My brother who’d bet me that I wouldn’t come.

But I’d show him how wrong he was.

I smiled at the man that opened the door for me.

Mig smiled, and his wife, Annie, came up behind him and wrapped her arms around his waist.

“The baby is being a rotten turd,” Annie offered as she stuck her head under Mig’s arm. “He takes after his father.”

“That’s what you say every time he keeps you up all night,” Mig said to his wife. “But then he starts walking two months before most kids, and you say he takes after you.”

Annie grinned unrepentantly. “Yeah,” she admitted. “I do do that, don’t I?”

I skittered past them into the main room of the clubhouse.

The place itself was located just off of Caddo River, a nifty little river/lake that ran from Texas all the way down to the Gulf of Mexico.

A long time ago, the river was used to transport goods that were sold in the southern states. It was a main source of income for the small town of Uncertain, Texas.

However, over time, it had become just another river until a few years ago, when bad things started happening in all the cities that the Caddo ran through.

It was suspected that the river was a main transport route for illegal goods.

Since the river was relatively unsupervised, a lot of the time people got away with their illegal activities.

Then The Uncertain Saints got involved, effectively tearing a hole in the bad guys’ plans.

The clubhouse was deliberately located on the river in a very popular part which saw a lot of traffic.

The building stood on stilts that lifted the entire thing up one story. It resembled more of a beach house, which was unexpected on a lake, but I loved it.

It wasn’t old, per se, but it had quite a bit of that old feel to it.

When the Saints had built it, they’d used reclaimed wood from old houses and barns in the construction.

Now, although it was less than ten years old, it looked more like it was hundreds.

I turned to find him staring at me with an expectant look on his face.

I sighed and pulled a Hershey’s bar out of my pocket and handed it to him.

He glared at me.

“I don’t mind you living in my house…” I interrupted him before he could get any more words that might offend me out of that stupid mouth of his.

“Papaw signed it over to me, and you know it,” he shrugged, knowing it would rile me up.

I ignored him and walked to the cooler that was sitting out on the back deck that overlooked the river.

Lifting the lid, I reached in and grabbed a Mike’s Hard Lemonade that my brother most likely bought specifically for me.

The ladies who had recently started becoming permanent fixtures in The Uncertain Saints MC were more wine drinkers.

I was most likely the only one that drank actual ‘wiener drinks’, as my brother liked to call my beverage of choice.

Apparently, there wasn’t as much alcohol in it, and he liked to tell me that all the time.

He also didn’t like that I always had my drinks on hand at home, but we never seemed to have any of his.

Yes, my brother and I lived together.

No, neither of us had anyone.

And yes, I have brought men home. Well, only two.

My brother didn’t bring any women home, but it had more to do with the fact that he was still in love with his dead wife.

I’d just closed the cooler lid when I heard the new prospect.

Well, I didn’t know for sure if it was him, but the plain leather vest on the man’s back was a good indication he was the one my brother had been telling me about.

He’d been there for a while, but this was my first club party in well over six months.

He was clearly comfortable here, and by the look of all the ladies crawling all over him, he was popular to boot.

Then he had to go and open that mouth of his, and at the sound of his deep, raspy voice raced down my spine, causing me to shiver.

I immediately took my drink and headed the other way, not wanting to get caught up in the mess that usually was a prospect.

The Uncertain Saints didn’t let many people into their fold.

In fact, there were only six members total in the club, and none of them seemed to have the time or inclination to add more to their group.

I knew there had to be some kind of special circumstances for the men of the Uncertain Saints to even consider adding that man to the group.

Which meant he was fucked up.

And I didn’t do fucked up.

I had my own fucked up to deal with.

Two hours and four hard lemonades later, I was feeling quite nice.

I hadn’t thought about my job once, and I was having a great time watching the comings and goings.

“Why the long face?” The man I’d been studiously avoiding all night, Apple, asked.

I turned my face and shrugged. “Nothing.”

And at that point, there really was nothing wrong.

“You look like you’re about to kill someone,” the annoying man observed.

I shrugged, picking at the invisible lint on my shoulder before I picked up my spoon and shoveled another bite of the chicken spaghetti someone had made into my mouth.

It was pretty good, but it wasn’t like Papaw fixed it.

There was good, and then there was
good
. And this wasn’t it.

We sat next to each other in companionable silence as we both ate our food.

I glanced over at the man’s plate and nearly laughed when I saw how much food was on it.

His helping of food mounded high on his plate, and I feared for the integrity of the Styrofoam that was straining to maintain its form under the weight of all that food.

“What are you looking at?” He grumbled, not bothering to turn his face.

“I was just wondering if you left any for the rest of them,” I waved my hand at the room absently, going back to my food.

“Everyone has already eaten,” he muttered. “Apparently, when you’re a prospect, you eat last.”

“Why are you a prospect, anyway?” I asked.

“Because I want to be,” he muttered, and I felt the instant coolness that came with the words.

I didn’t say anything else, only went back to eating my food.

It was him that went back to the companionable silence, the weird wall of tension between us slowly dissipating until the only thing left was awareness.