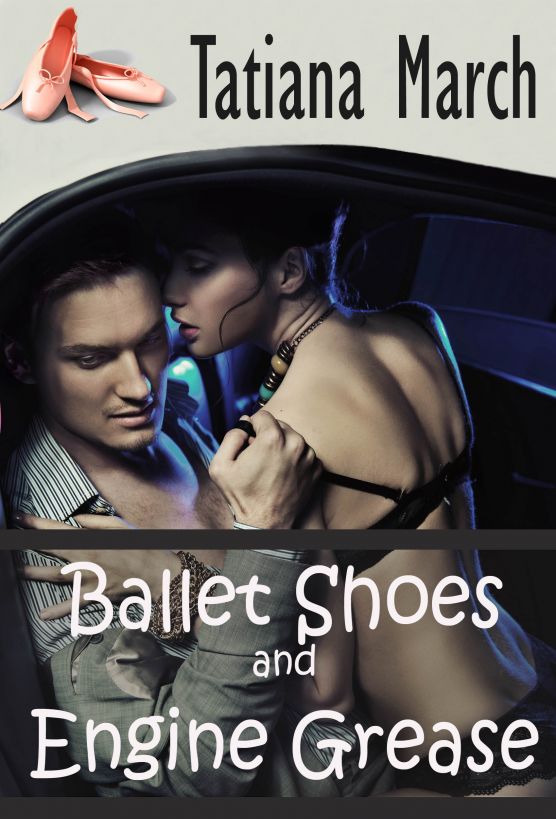 All rights
reserved. No part of this publication may be reproduced without the
permission of the author except for brief quotations in critical
articles or reviews.

This book is a
work of fiction. Names, characters, places and incidents are either
the product of the author's imagination or are used in a fictitious
manner to create a sense of authenticity. Any resemblance to actual
events or persons, living or dead, is purely coincidental.

T
he family lawyer, Adam Andrews, cleared his throat and
repeated his words in a dull monotone. “My shares in Constantine
Motors go to my son, Nicholas Constantine, provided he enters into
a marriage—”

Nick exp
loded out of his seat. As impossible as it might
be, he’d heard right the first time. Even from the grave, the old
man was trying to control him. Fury boiled up in his gut as he
slammed his palms on the shiny mahogany top and lurched across the
desk.

He glared at the lawyer and spoke through
clenched teeth.
“No.
Fucking. Way.”

In front of him,
Adam Andrews shrank back in the big leather chair.
The thin strands of sandy hair plastered over his balding skull
fluttered with the evasive motion. His pale gray eyes bugged with
fright, as if he suspected that his client might at any second
reach out and wrap both hands around his throat, squeezing the life
out of him.

The idea had
some merit, Nick had to admit.

Prompted by the tug
ging at the hem of his suit jacket, Nick
glanced back to his left. His mother, Myrna, sent him an imploring
look. Dressed in beige Chanel, blond hair in an immaculate upsweep,
she looked calm and elegant.

J
ust as she had at the funeral a week ago.

Then again,
she was the
first
wife. She’d done her grieving seventeen years ago when
she’d been dumped—when they’d both been dumped for Wife Number Two
and her adorable little son, a handy replacement family for the one
that no longer held appeal.

“
I’m afraid I hadn’t quite finished,” the
lawyer said and Nick detected a trace of warning in the small man’s
bland tone. A chill crept over him. More bad news to come? How
could there possibly be anything worse in his father’s
will?

“
My shares in Constantine Motors go to my
son, Nicholas Constantine, provided he enters into marriage...” The
lawyer paused and shot a look of concern at Nick. “...into marriage
with Crimson Mills, the only child of Esmeralda Mills, my third and
current wife.”

Nick felt his stomach
lurch
.
No way. No
way.

Slowly,
as if being pulled by a string, his head turned to
the right. His gaze landed on Wife Number Three, sitting in an
identical chair beside him. She wore a garish red suit several
sizes too small. Her shaggy, bleached blond hair fell in tousled
curls around a pair of sturdy shoulders. A thick layer of makeup
covered the plump features.

She looked like
a middle aged dinner lady who’d won the
lottery.

Which she
had, more or less, by her marriage.

Nick had never met the daughter, but he
had a vague idea that she was in her middle twenties, some kind of
a dancer. Stripper, he presumed. His insides knotted up as he
digested the news that his father wanted him shackled in holy
matrimony to a stripper called
Crimson
.

After Wife Number Two and her
adorable—although no longer so
little—son had died in a car wreck two years ago, Nick had
entertained hopes of a family reconciliation. But alas, it was not
to be. Instead of making an effort to repair seventeen years of
neglect toward his first wife and only biological offspring,
Stephan Constantine had sought out his childhood sweetheart—the
daughter of the gardener who had worked at the family mansion,
Longwood Hall—and had promptly married her.

In truth
, Nick had been relieved by the old man’s
choice.

No dolly birds. No scandal. And, with Wife
Number Three nearing fifty, no prospect of half siblings to muddy
the waters of succession. Nick might not have been on speaking
terms with his father, but he was the only child, the son and heir.
He’d figured there’d be plenty of time to heal the rift later on,
when the old man wanted to retire and needed someone to step into
his shoes.

B
ut, by dying at fifty-five, his father had put an end to
those plans.

“
I’m not going to marry anyone on command,”
Nick declared.

His
voice came out low and rough, but with enough steel in it
to make him proud. His fingers gripped the armrests of the chair,
so hard that he feared his knuckles might snap. Unless, of course,
the wood splintered first. “So, who gets Constantine Motors?” he
asked, feigning a casual tone. “Some charity? One of Dad’s
budgerigars? The employees?”

Nick pushed
up to his feet. He adjusted his suit jacket and
gave the lawyer a curt nod. “I think I’ve heard enough. Thank you
for your time, Mr. Andrews.” He glanced to his right, then to his
left, and spoke in a chilly, polite tone. “Mrs.
Mills…Mother…Congratulations. Good luck in running Constantine
Motors.”

The slight
man with bug-eyes looked up from his papers. “I
haven’t finished reading the will,” he protested. “There are
conditions—”

Despite the anger
, and the hurt that threatened to choke him, Nick
managed a bitter smile. “Those conditions have nothing to do with
me, do they now, Mr. Andrews?” he pointed out. “After all, I didn’t
inherit anything at all. I’ll leave you to deal with the rest of
it.”

He
raked his gaze over the three people still seated. Was that
a flicker of sympathy he could see drifting across the lawyer’s
pinched features? Nick couldn’t tell for certain, but his mother
was easier to read. Bitter outrage, mixed with a hint of relief and
a touch of greed. The dinner lady—or whatever was the right term
for someone who until her marriage a year ago had earned her living
in a school kitchen—looked shocked, as if someone had just told her
that her entire life was a lie.

Nick spun on his polished
Gucci shoes and strode out. He
didn’t want to admit it, not even to himself, but tears of
rejection and disappointment burned behind his eyelids. He’d been
fifteen years old when his father fell in love with another woman,
and he’d reacted with the blind, uncompromising anger of an
adolescent, siding with his abandoned mother.

Later,
when things settled down and emotions cooled, they might
have found a way to repair the damage, but pride and stubbornness
from both sides had kept him and his father apart. And yet, despite
the long years of estrangement, Nick had always felt the pull of
the family bond, had expected to one day inherit Constantine
Motors.

He’d trained for it. Had lived for
it.

Even t
he car he drove, a Constantine Panther, had in his mind
been a promise for the future. It had arrived on his eighteenth
birthday, with a card that said “From the staff and management at
Constantine Motors”. Nick had accepted the gift, but his bitterness
had been too deep, his loyalty to his mother too fierce for him to
respond to the gesture of reconciliation.

And now
he had to pay the price for his
rebellion.

Constantine Motors
, the family legacy, would never be
his.

Crimson
Mills curled up in the economy seat of the
airplane and tried to get some sleep. Even with a dancer’s ability
to twist her body into knots, she could never get quite comfortable
in the confined space. Today, the strain of having made one of the
most difficult decisions of her life added to the discomfort that
throbbed through her muscles.

She’d never wanted to do anything but
dance.

Throughout her childhood and teenage
years, ballet lessons had occupied her time. She’d failed to reach
the pinnacle of a
prima ballerina
,
but she had achieved what most little girls in tutus could only
dream of—a full time job as a dancer. It might have only been in
the chorus line of a touring company, but her role had taken her to
Europe, to South America, and even to Japan, often for months at a
time.

And now it was over.

Who would have thought that something as
trivial as a dust mite—a creature so tiny the naked eye failed to
see it—could terminate a career? When the coughing and wheezing had
first started, she’d blamed a virus. Eventually, the doctors in
South America had diagnosed asthma, and Crimson had been forced to
face the truth.

By that time, she’d ruined a
gala performance of Sleeping
Beauty with a choking fit. If she hadn’t decided that she needed to
retire to safeguard her health, she suspected that she would have
been fired anyway. A dancer prone to coughing fits on stage was a
liability.

No job, no saving
s. The smart thing to do now was to go home and
stay with her mother while she made plans for the future. Home to
Longwood, on the northern edge of New York State, where she’d grown
up as a skinny, pale kid with ash blond hair and a funny name that
clashed with her coloring.

When people
in Longwood looked at her, Crimson always felt
they didn’t see
her
. They saw a
loutish father who’d died in a bar brawl when she was nine, and an
overweight mother who dressed like a teenager.

When
Esmeralda—her mother—had married that rich man from her
youth, Crimson had been bowled over. Who would have guessed that
someone worth millions might want to hook up with an aging prom
queen with hair brittle from too much bleach and hands chapped from
washing pots and pans? Her mother had no education, no ambition,
and no interest in anything but small town gossip and making dolls’
houses.

Technically, Crimson supposed, her
mother’
s second husband
had been her stepfather. She’d been introduced to him at the
wedding, and then she’d gone to stay with them at Longwood Hall for
a month around Christmas, after the Japanese tour, and for another
two weeks in April, just a short while ago. Although nothing had
been said at the time, it was clear that Uncle Stephan—they had
agreed on that as the most sensible form of address—was dying
rather than just sick.

Crimson
felt guilty for not having attended the funeral,
but once she had made her decision to give up dancing she hadn’t
wanted to rush home from South America in a hurry. A few more
performances. Buenos Aires and Santiago. Her own personal farewell
tour.