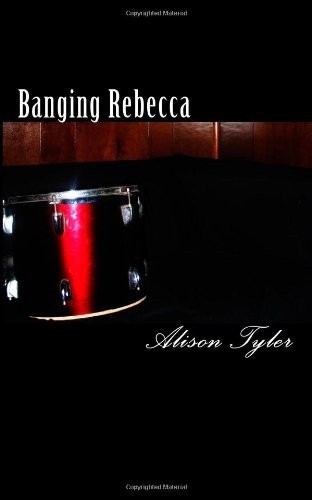 All rights reserved. Except for brief passages quoted in newspaper, magazine, radio, or television reviews, no part of this book may be reproduced in any form or by any means, electronic or mechanical, including photocopying or recording, or by information storage or retrieval system, without permission in writing from the publisher.

When you date a drummer, you know what you’re getting into. There is no confusion about schedules or lifestyles. Right from the rim shot, your world is thrown off beat. I didn’t go in with my eyes closed. (Sure, I’m blindfolded at this moment, but my eyes were open from the start.) After all, I’d met Sean at a concert. I knew his nights were spent playing the drums for a local art house band called Daemon 7. I understood he was often up until three in the morning, because that very first night, he was up with me. Up in the alley behind the Pico Boulevard venue, pressing against me, pawing his way into my little black satin shorts, flicking open the silver buttons on my buffalo plaid shirt with a dynamic rhythm.

I could almost hear the drum beat in my head.

While most of the girls in the crowd oohed over Derrick Jacobsen, the feline lead singer with the mane of white hair, I had been captivated by Sean. He wore a sleeveless chrome-gray tee-shirt, and the muscles in his arms flexed and danced when he beat the skins. He was a man possessed, eyes glazed, body moving as he kept the band on track. Yet apparently, he’d felt me watching him, had seen me through his tangled mess of caramel curls.

That night, he tore down my midnight shorts and stared impatiently until I stepped forward—leaving a tiny ripple of black satin on the gravel-strewn ground. I was wearing thigh-high fencenet stockings and no panties, and he hesitated only long enough to bend to his knees on the pavement and lick my clit. His face burrowed into me, and I gripped onto his ripped shoulders—my fingers slipping on his bare skin—and sighed. Although the urge was there, I didn’t toss my back head or close my eyes. I wanted to see everything, wanted to watch as he parted my nether lips with his thumbs and went in tight for those dreamy circles around and around my clit.

We were in a groove right from the very start, no stammering, no struggling. But when he sensed my impending climax, he stood up, lifted me up in those steady arms of his, pinned me against the brick wall, and slammed inside of me.

I cried out at the first thrust of his cock, driving hard and fast into my pussy.

I had to slow down, to really look at him—unable to believe he had hit on one of my top fantasies so quickly. Making me talk when words were failing. Making me tell him what turned me on when I could hardly find the ability to open my mouth. We were still strangers: fan and musician, groupie and rock god, even if he was only a rock god to a pierced and tattooed crowd of seventy-five. How had he known what to ask me?

“Because…” I stuttered. “Because anyone could see.”

He gripped my dark hair in his hand, balancing my weight with on his thighs. “See who you really are?”

He didn’t even know my name, but he seemed to understand my soul. “Yeah—” I murmured.

“What a dirty little slut you are?”

He pulled out then, gripped my hips and moved me up and down slowly, so that he was fucking my clit with the shaft of his cock. I became entirely still, letting him manhandle me, knowing that he was going to make me come like that, from fucking my clit with the girth of his cock. He didn’t climax, himself. He let me reach my outer limits, biting my lips, trembling all over, and then he set me gently down on the ground.

My skin was scraped raw afterwards, bricks an unfriendly excuse for a bed, but the feeling of being pounded—quite literally between the rocklike wall and a hard place of the drummer—had me flying.

“I’m Sean Mitchell,” he said, after he’d managed to tuck himself back into his jeans, grinning as I shook out my little shorts and stepped back into them. Every part of my body felt abused. My legs were weak, the insides of my thighs slippery wet.

“Rebecca,” I told him, and I couldn’t help but laugh as he took my hand, flipped it, and kissed the inside of my palm, like a gentleman, tracing the lines in my hand afterward, sending a fresh shiver through me.

I was sure he’d thank me for the tryst and leave, drive off to wherever he lived, turning me into one more conquest on a string of kinky memory beads. But he didn’t. My hand still in his, he led me to a glossy black truck and opened the passenger side door. “I’m not letting you out of my sight,” he said, when I gave him a questioning look. “You’re too precious.”

I slid into the truck’s bed, and wondered what I’d gotten myself into.

Turns out, I got myself into Sean.

He drove me to his bungalow in Venice, then walked me around to the back, to the old porch hovering on the canal. Here, he fucked me again, on that time-worn wood, with the lights flickering on the water, as if we were in the real Venice, the
other
Venice, and not the SoCal wannabe. Everyone’s a wannabe in Southern California—even the cities. Marina del Rey dreams of becoming Saint Tropez. Brentwood has wet dreams of waking up as Beverly Hills.

Sean didn’t say a word at first. He simply stripped me down. This time, I was totally naked, boots off, stockings off, shorts ripped down so violently, the fabric tore. Shirt discarded. No bra to lose.

When he had me exactly the way he wanted me, he started to talk once more:

“I knew you were a bad girl when I saw you watching me play.”

L.A. is never totally quiet. We could hear the helicopters overhead, chasing down some speed demon on the Highway. Music spilled from one of the houses nearby—Eric Clapton, soft and low. The sound of the water kept the rhythm, lapping on the struts of the porch. But mostly, I listened to Sean, to the words he spoke in a whisper, making me strain to hear: “Jesus, you’re so fucking wet.” His cock pressing into me, filling me up. His hands moving me, turning me so that I was on my back, legs over his shoulders. Then on my side, one thigh crossed over the other. “I’ve never felt a girl get so wet so quickly before. Must be because you truly are a slut.”

He used his hands constantly, tricking his middle finger between my pussy lips to touch my clit, parting my legs, then spreading my nether lips wide open, rapping on me, tapping on me. He was reading my desires as if I had notes on my skin, drumming on me

until I came, awash of sensations, unable to believe how many times this boy was taking me over the edge.

And yet, I knew he hadn’t climaxed. Not out in the alley. Not here on the porch.

What was he waiting for?

What did he need?

“This is all yours?” I asked, startled by the high ceilings, by the stark but clearly expensive furniture.

“I do some modeling,” he said, offhand, chin jutting towards a portfolio tossed on the great wood coffee table. He didn’t waste time with the tour—pulled me directly to his bedroom—where I saw the tools and implements that made my breath catch in my throat.

Had I caught something up on stage? Had I known from the way he beat those skins that he would beat mine, too? I like to think I did, that I’m clever like that.. But who knows? Coincidences happen every day. Yet desires like ours draw you forward like a magnet.

“You game?” he asked, fingers tripping over the business end of one of his specialty crops. Hand palming the handle of a wooden fraternity-style paddle. If I hadn’t still been wet from the two rounds we’d just gone, I would have been instantly aroused. My knees went weak, and I leaned against one scarlet-painted wall and nodded.

I wasn’t even sure what I was agreeing to. Did he want to work me over, or was he going to hand me that paddle and bend over himself? Honest to god, I didn’t fucking care. I would have done anything he asked, anything he said.

“I could tell,” he said, moving closer, pressing up against that plaster wall, “I could tell right away exactly what kind of girl you are.”

“What kind?” I managed to ask, wanting to hear, wanting him to say the words.

“The kind who needs this—” and he placed his hand over my pussy, then pulled back and spanked me there. I bit my lip and lowered eyelashes. Oh, yeah. He’d read me. Read my whole notes. Knew my upbeat.

“Now get that sweet ass of yours over to the bed and bend over. You know what time it is, don’t you baby?”

I looked at him, eyes wide.

“Time for this little slut to have her ass properly spanked, and then thoroughly fucked.”

I didn’t move fast enough. I wanted to. The will was there. But my brain was frozen, couldn’t tell my feet what to do. Sean didn’t wait. He picked me up and threw me on the mattress. There were no clothes to get in the way, but he spread a sheet over me and smacked my ass through the fabric. I was startled by the move, until he pressed his mouth to my ear and said, “I like to build the rhythm.”

He spanked me through the thin black cotton until I was squirming and twisting, and then slowly, so slowly, he lifted the edge of the sheet, revealing only the bottom quarter of my ass. Now, he spanked me on my bare skin, and I found that I was reaching up to meet each blow, arching my hips, higher and higher, and Sean chuckled under his breath.

Without any warning, his fingers met my pussy. Like they had moment before, but harder, and suddenly he was spanking me there, spanking my cunt with four firm fingers, and I was groaning and begging, my legs spread wide, wanting him to spank me harder, getting what I wanted without saying a word.

“You don’t come when you want to. You come when I say you can.”

Holy fuck. I could have squeezed my thighs together and made the orgasm happen—if he hadn’t been watching me so closely, if he hadn’t known exactly what I was thinking. Because suddenly he was on me once more, spreading me out, stretching me taut, and I felt cuffs on my wrists, leather ties on my ankles. I was pinned to his mattress, head turned to stare as he lifted up a brand-new toy, as he set the weapon against my ass to let me feel what was in store. To let me feel exactly how whippet-thin this cane was.

How can you say
yes
to something like that? Trust me, I know pain. Maybe that’s what Sean was checking from the start, that I didn’t squeak a protest when he scraped my back raw against the bricks of the club. That I didn’t moan or complain when he fucked me fiercely on those wooden boards outside, bruising my knees, chafing my elbows. He was testing my willingness to accept a little pain with my pleasure—and I’d shown him not only would I accept that spark, I’d blow on the flame.