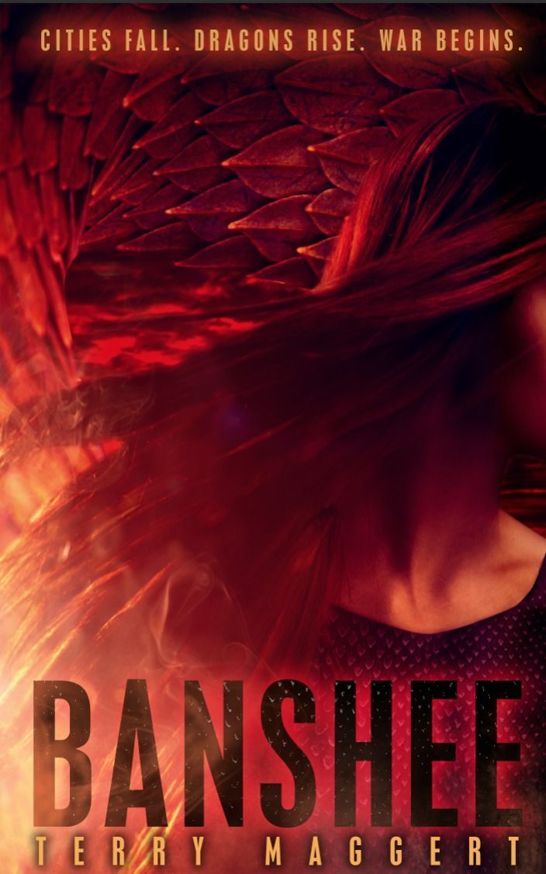 The right of Terry Maggert to be identified as the author of this work has been asserted by him in accordance with sections 77 and 78 of the Copyright, Designs and Patents Act 1988.

This book is a work of fiction. Names, characters, businesses, organizations, places, events, and incidents are the product of the author’s imagination or are used fictitiously. Any resemblance to actual persons, living or dead, events, or locales is entirely coincidental.

No part of this book may be reproduced or transmitted in any form or by any means—electronic or mechanical, including photocopying, recording or by any information storage and retrieval system, except for the inclusion of brief quotations in a review —without written permission from the author.

Emma stood, bundled against the cold as the spume from a small waterfall dusted her with frigid spray. The tumbling waters originated in an intermittent stream that ran sidelong to the path at the eastern edge of her family farm, which was located in the boot heel of the Missouri territory. Three days ago, before the last big shaking of the earth, this small, bustling waterfall did not exist. The quake had sent her mother to the floor of their home, screaming out to the Lord in a voice of sheer panic, until the last rolling temblor subsided with a bass growl.

And that, according to the perfect logic of an inquisitive eleven-year-old girl, made this waterfall a new thing. For a settler in the grip of a relentless winter, something new was almost always bad. Emma didn’t suspect the clay-colored scar overrun with steel gray water crashing merrily over the cut earth of being anything other than interesting. It eroded appreciably before her smiling eyes, with frequent
plops
as chunks of earth rolled into the water. She assessed the tableau with a critical eye and made her decision.

This was a
very
good thing.

She pulled the stem of last year’s Queen Anne’s lace from the chilly mud, and used the ersatz tool to prod an embankment, causing it to fall clod by clod into the busy little stream. The industrious flowage worked hard, but would never erase the jarring impact of the earthquake that would live forever in human memory.

Silt ran like colored flour over the remaining lip of the waterfall, and she knelt at the water’s edge, careful not to get her dress hem wet. With darting hands, she began picking items from the discharge.
What treasures!
An enormous tooth of some sort lay flat in her hand, plucked from the frigid water. It was square and nearly black, and it looked to her seasoned settler’s eye much like the front tooth of their draft horse; although it was much, much larger, even comically so. She picked up bits of blackened stone, then discarded them with little flicks. She couldn’t tell their nature, for, although pretty, they held no fascination for a girl who spent every free moment roaming the wild fields of the Missouri Territory. Her home area was far from pacified by the hand of man.

A gleam winked at her from just beneath the surface, moving swiftly with the flow, and she decided with the certainty of a child that it must be a piece of the moon or sun. Stretching, she leaned just the smallest bit too far and, as her tiny hand closed on the underwater light, she spilled forward, shrieking, awash in the icy water of the creek. Before she could pull her prize from the murk, all she could think was,
I will be spanked for soiling my dress!

The walk to home was an eternity; made worse by the biting wind, wet clothes, and knowledge that, upon her arrival, she would be disciplined in a manner her father reserved for the worst transgressions known to humanity. Emma’s dread grew with each plodding step, until she pulled the wooden door open and stood, quietly dripping, hands in pockets, with her head down to await her fate.

“Emma! Sweet mercy! Close that door and come in here! Are you mad, child?” Her mother’s cheery reprimand was brought up short when she saw the condition of what had been, up until recently, her best dress. “What
have
you done to your dress, girl?” And then the cheeriness was gone, replaced by something steelier and less maternal. “Well?”

To her horror, that was the precise moment her father strode inside as well, stomping his feet on the plank floor that covered a mere third of the home’s interior. He sensed the interrogation, saw her dripping clothing, and assessed the oncoming discussion and punishment, all in a single, decisive instant.

“Your mother has asked you a question, Emma. Answer her.” His stentorian voice rumbled through the close quarters like the words of God. For a second, she was too scared to speak, since they rarely raised their voices to her, and not at all since her brother took a fever and died the previous fall.

“I was near the corn cuttings, and a little stream had a new waterfall in it, so I—”

Her mother
tsked
at this admission, while her father said nothing.

She took that as a command to continue. “I saw things in the water, such pretty things, so I leaned in to pick something out, and, and then—I fell in.” She concluded with a further bow of her head and awaited the worst.

“And what did you find, girl? A magical horn? Or the tusk of a mythical beast?” her father asked, his question indicating mercy she could not discern at such a young age. He loved her, above all else, and the gentle underpinnings of his voice declared that through his grumble and bluster.

“Y-yes. I mean, yes, father, I did find treasures! And there are more, so many more!” She held out the tooth, which was gleaming with the pallor of rubbed stone.

“Emma Bruxton! You are a proper little wonder, finding such things in the ground!” her mother announced as Emma began to think that, possibly, she would escape the wrath of her parents by producing amazing things.

Her father turned the tooth over in his calloused hand, admiring the curious object with the eye of a man who knew the earth was a wild and mysterious place.

“I didn’t fall in reaching for that, although it is very pretty,” Emma began, fishing deeper into the pocket of her still-dripping dress. “I saw light, and so, I reached like the tallest girl ever, as far as I could, and I found this.” She dropped the heavy stone onto the table with a metallic
tunk
as her parents hissed inward, the breath gone from their bodies for a moment. The stone lay inert, but twinkling, two metals sinuously dancing around each other like snakes; one metal, quite clearly solid gold, and the other glowing lightly, like something not of this earth.

“
Emma,
” her father whispered, as if fearful that the stone would vanish, “show me
exactly
where this waterfall is, this instant.”

Moments later, they were standing in the spitting snow near a nameless stream, with a cutting wind riling their coats. Emma pointed to a widening delta of clay and outwash from the vanishing waterfall, where dozens, or perhaps hundreds, of the small stars glittered gaily under the rushing water.

Without taking his eyes from the lights, her father told her, “Emma. To the barn with me, now, and help me hitch the wagon. And not a word of this to anyone, unless I say so.”

Emma was a good daughter. Keeping secrets such as this one would be exceedingly easy in their lonely outpost of an earthquake-shattered land.

That the first dragon should erupt from the ground in the heart of a Minnesota winter, disoriented and more than a little angry, should surprise no one. Her sleep had been restful and warm, and January wasn’t the kindest month for reptiles of any size. What was truly surprising was who she almost immediately befriended. Her draconic gaze swept over a lonely thirty-year-old drug addict in the throes of a violent detoxification. The shuffling wreck of a man hadn’t scored for a period of two, or perhaps three, days; he couldn’t remember, and it was soon unimportant. He lowered the bottle of stolen cough syrup he was swigging to the ground with exaggerated care. Wiping his mouth, he gave his head a gentle shake that sent his filthy hair swinging about him like a greasy curtain. When the ragged man was convinced that, yes, there was a dragon in front of him, the noble beast rather primly asked him if he knew where the ocean was located. She went on with her interrogation, asking his name, and whether he wished to groom himself prior to riding her? The line of questioning ended with her fastidious snort at the appalling condition of the man before her.

The addict, now known as a Progeny, was named Deek, after an uncle who had vanished in a boating accident some years earlier. That tragedy stoked a spiral of drugs and sadness that led him to stand, swaying and unprotected, in the frigid January morning. Deek had been shambling at the edge of the parking lot so enormous it resembled an expanse of unbroken Siberian snowfield. The lot spread next to a shopping center then known as a
mall
, of which this particular example was the largest on the continent now known as the Northern Bulwark. This structure, now a moldering heap, was called by the somewhat aggrandized name
Mall of the Americas.
Documents indicate a less than favorable localized vernacular changed the first word of this ancient title to
hog
, revealing a disdain among some parts of the populace for expressions of material exchange on such an opulent scale.

Moments after meeting, the new, confused pair of Deek and the dragon, affectionately known as a Firster, pointed themselves south, he upon her back holding the small horns which evolved as natural bone stirrups. At that point, he thought to ask the magnificent beast underneath him why she felt the need to seek beaches, if not for the obvious comfort of their relative warmth in comparison to the archaic location of Minnesota. Ilmater turned her enormous pupils to him, then leveled a stare of fervor verging on zealotry at his disheveled, partially-confused expression. She then said in the patient tone of a dragon, “Because that, my friend, is where the war is going to start.”