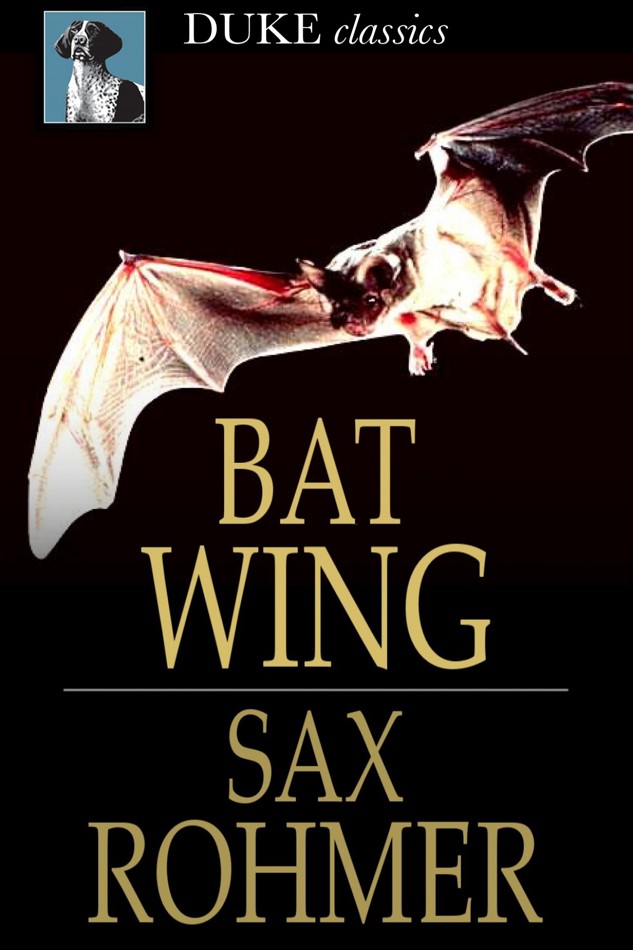 Toward the hour of six on a hot summer's evening Mr. Paul Harley was
seated in his private office in Chancery Lane reading through a number
of letters which Innes, his secretary, had placed before him for
signature. Only one more remained to be passed, but it was a long,
confidential report upon a certain matter, which Harley had prepared
for His Majesty's Principal Secretary of State for the Home Department.
He glanced with a sigh of weariness at the little clock upon his table
before commencing to read.

"Shall detain you only a few minutes, now, Knox," he said.

I nodded, smiling. I was quite content to sit and watch my friend at
work.

Paul Harley occupied a unique place in the maelstrom of vice and
ambition which is sometimes called London life. Whilst at present he
held no official post, some of the most momentous problems of British
policy during the past five years, problems imperilling inter-state
relationships and not infrequently threatening a renewal of the world
war, had owed their solution to the peculiar genius of this man.

No clue to his profession appeared upon the plain brass plate attached
to his door, and little did those who regarded Paul Harley merely as a
successful private detective suspect that he was in the confidence of
some who guided the destinies of the Empire. Paul Harley's work in
Constantinople during the feverish months preceding hostilities with
Turkey, although unknown to the general public, had been of a most
extraordinary nature. His recommendations were never adopted,
unfortunately. Otherwise, the tragedy of the Dardanelles might have
been averted.

His surroundings as he sat there, gaze bent upon the typewritten pages,
were those of any other professional man. So it would have seemed to
the casual observer. But perhaps there was a quality in the atmosphere
of the office which would have told a more sensitive visitor that it
was the apartment of no ordinary man of business. Whilst there were
filing cabinets and bookshelves laden with works of reference, many of
them legal, a large and handsome Burmese cabinet struck an unexpected
note.

On closer inspection, other splashes of significant colour must have
been detected in the scheme, notably a very fine engraving of Edgar
Allan Poe, from the daguerreotype of 1848; and upon the man himself lay
the indelible mark of the tropics. His clean-cut features had that hint
of underlying bronze which tells of years spent beneath a merciless
sun, and the touch of gray at his temples only added to the eager,
almost fierce vitality of the dark face. Paul Harley was notable
because of that intellectual strength which does not strike one
immediately, since it is purely temperamental, but which, nevertheless,
invests its possessor with an aura of distinction.

Writing his name at the bottom of the report, Paul Harley enclosed the
pages in a long envelope and dropped the envelope into a basket which
contained a number of other letters. His work for the day was ended,
and glancing at me with a triumphant smile, he stood up. His office was
a part of a residential suite, but although, like some old-time burgher
of the city, he lived on the premises, the shutting of a door which led
to his private rooms marked the close of the business day. Pressing a
bell which connected with the public office occupied by his secretary,
Paul Harley stood up as Innes entered.

"There's nothing further, is there, Innes?" he asked.

"Nothing, Mr. Harley, if you have passed the Home Office report?"

"There it is," he replied, pointing to the basket; "a tedious and
thankless job, Innes. It is the fifth draft you have prepared and it
will have to do."

He took up a letter which lay unsealed upon the table. "This is the
Rokeby affair," he said. "I have decided to hold it over, after all,
until my return."

"Ah!" said Innes, quietly glancing at each envelope as he took it from
the basket. "I see you have turned down the little job offered by the
Marquis."

"I have," replied Harley, smiling grimly, "and a fee of five hundred
guineas with it. I have also intimated to that distressed nobleman that
this is a business office and that a laundry is the proper place to
take his dirty linen. No, there's nothing further to-night, Innes. You
can get along now. Has Miss Smith gone?"

But as if in answer to his enquiry the typist, who with Innes made up
the entire staff of the office, came in at that moment, a card in her
hand. Harley glanced across in my direction and then at the card, with
a wry expression.

"Colonel Juan Menendez," he read aloud, "Cavendish Club," and glanced
reflectively at Innes. "Do we know the Colonel?"

"I think not," answered Innes; "the name is unfamiliar to me."

"I wonder," murmured Harley. He glanced across at me. "It's an awful
nuisance, Knox, but just as I thought the decks were clear. Is it
something really interesting, or does he want a woman watched? However,
his name sounds piquant, so perhaps I had better see him. Ask him to
come in, Miss Smith."

Innes and Miss Smith retiring, there presently entered a man of most
striking and unusual presence. In the first place, Colonel Menendez
must have stood fully six feet in his boots, and he carried himself
like a grandee of the golden days of Spain. His complexion was
extraordinarily dusky, whilst his hair, which was close cropped, was
iron gray. His heavy eyebrows and curling moustache with its little
points were equally black, so that his large teeth gleamed very
fiercely when he smiled. His eyes were large, dark, and brilliant, and
although he wore an admirably cut tweed suit, for some reason I
pictured him as habitually wearing riding kit. Indeed I almost seemed
to hear the jingle of his spurs.

He carried an ebony cane for which I mentally substituted a crop, and
his black derby hat I thought hardly as suitable as a sombrero. His age
might have been anything between fifty and fifty-five.

Standing in the doorway he bowed, and if his smile was Mephistophelean,
there was much about Colonel Juan Menendez which commanded respect.

"Mr. Harley," he began, and his high, thin voice afforded yet another
surprise, "I feel somewhat ill at ease to—how do you say it?—
appropriate your time, as I am by no means sure that what I have to say
justifies my doing so."

He spoke most fluent, indeed florid, English. But his sentences at
times were oddly constructed; yet, save for a faint accent, and his
frequent interpolation of such expressions as "how do you say?"—a sort
of nervous mannerism—one might have supposed him to be a Britisher who
had lived much abroad. I formed the opinion that he had read
extensively, and this, as I learned later, was indeed the case.

"Sit down, Colonel Menendez," said Harley with quiet geniality.
"Officially, my working day is ended, I admit, but if you have no
objection to the presence of my friend, Mr. Knox, I shall be most happy
to chat with you."

He smiled in a way all his own.

"If your business is of a painfully professional nature," he added, "I
must beg you to excuse me for fourteen days, as I am taking a badly
needed holiday with my friend."

"Ah, is it so?" replied the Colonel, placing his hat and cane upon the
table, and sitting down rather wearily in a big leathern armchair which
Harley had pushed forward. "If I intrude I am sorry, but indeed my
business is urgent, and I come to you on the recommendation of my
friend, Senor Don Merry del Val, the Spanish Ambassador."

He raised his eyes to Harley's face with an expression of peculiar
appeal. I rose to depart, but:

"Sit down, Knox," said Harley, and turned again to the visitor. "Please
proceed," he requested. "Mr. Knox has been with me in some of the most
delicate cases which I have ever handled, and you may rely upon his
discretion as you may rely upon mine." He pushed forward a box of
cigars. "Will you smoke?"

"Thanks, no," was the answer; "you see, I rarely smoke anything but my
cigarettes."

Colonel Menendez extracted a slip of rice paper from a little packet
which he carried, next, dipping two long, yellow fingers into his coat
pocket, he brought out a portion of tobacco, laid it in the paper, and
almost in the twinkling of an eye had made, rolled, and lighted a very
creditable cigarette. His dexterity was astonishing, and seeing my
surprise he raised his heavy eyebrows, and:

"Practice makes perfect, is it not said?" he remarked.

He shrugged his shoulders and dropped the extinguished match in an ash
tray, whilst I studied him with increasing interest. Some dread, real
or imaginary, was oppressing the man's mind, I mused. I felt my
presence to be unwelcome, but:

"Very well," he began, suddenly. "I expect, Mr. Harley, that you will
be disposed to regard what I have to tell you rather as a symptom of
what you call nerves than as evidence of any agency directed against
me."

Paul Harley stared curiously at the speaker. "Do I understand you to
suspect that someone is desirous of harming you?" he enquired.

"Such is my meaning," he replied.

"You refer to bodily harm?"

"Hm," said Harley; and taking out a tin of tobacco from a cabinet
beside him he began in leisurely manner to load a briar. "No doubt you
have good reasons for this suspicion?"

"If I had not good reasons, Mr. Harley, nothing could have induced me
to trouble you. Yet, even now that I have compelled myself to come
here, I find it difficult, almost impossible, to explain those reasons
to you."