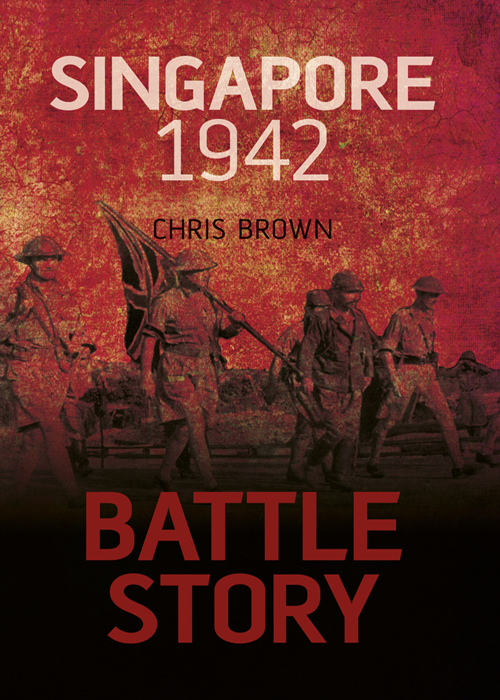 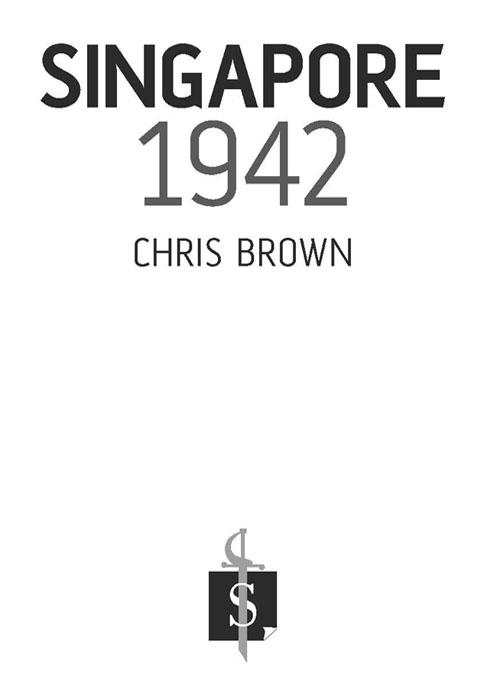 The Days Before Battle

The Battlefield: What Actually Happened?

I have been interested in this battle since I was a boy living in Singapore in the mid-1960s when the campaign was still very fresh in the collective consciousness of the community. The events had occurred only twenty years previously. Although that seemed very distant to a child of 7 or 8, most of the adult population had lived through the Japanese occupation and the memory was regularly refreshed by the frequent discoveries of bodies when new building projects were breaking ground. This book does not aim to provide the reader with a definitive, detailed blow-by-blow account of the battles that occurred in February 1942; that would require a volume of several hundred pages. The intention is to provide an outline of the historical, economic and military environment surrounding the campaign.

As ever, writing this book would have been impossible without the support and encouragement of my wife, Pat, and my son, Robert, who has saved me from several computer disasters. I would also like to take this opportunity to express my gratitude to my parents, Revd Peter and Mrs Margaret Brown, to Robert and Rosina Walker of Dunfermline for their kindness, generosity and general interest in my well-being when I was a teenager, and to Jo de Vries of The History Press for her remarkable patience.

3.     A pre-war elevated bungalow in the Singapore naval base. (Author’s collection)

5.     Lt Gen. Percival on arrival in Singapore as the new GOC Malaya.

10.   Battlefield Archaeology. Glasgow University is conducting The Adam Park Project (TAPP) excavating an area where the Cambridgeshire Regiment was in action. (Jon Cooper)

11.   Argyll and Sutherland Highlanders in training.

13.   The Vickers machine gun was the standard for all Commonwealth countries. This one in use in Malaya, December 1941.

15.   Japanese anti-tank rifle. Developed in the First World War, anti- tank rifles were largely obsolete before 1941, but were capable of penetrating the light armour of the few Allied armoured cars in Malaya. (Author’s collection)

16.   Battlefield Archaeology. An example of the Japanese anti-tank rifle in illustration 15. The tropical climate means that most material degrades very quickly. (Author’s collection)

18.   Rubber plantation. The endless rows of trees had a depressing effect on many troops. (Author’s collection)

21.   Waxwork effigy of a Japanese soldier with an Arisaka rifle at the Siloso Fort Museum, Singapore.

23.   Riflemen with the Arisaka rifle.

32.   British optical range finder as issued to coastal artillery positions for identifying hostile ships, but for when the threat would come overland rather than from the sea. (Author’s collection)

35.
Typical pre-war ‘atap’ house of the kind found in
kampongs
(villages) the length and breadth of Malaya and Singapore. (Author’s collection)

36.   Typical pre-war shop-houses of the kind found throughout Malaya and Singapore. (Author’s collection)

39.   A jungle creek. Although few Japanese soldiers had received any jungle-warfare training, they proved adept at infiltrating Allied positions by following small streams like this one in western Singapore. (Author’s collection)

42.   Lt Gen. Percival and party en route to surrender Singapore to the Japanese.

43.   Rice country in eastern Malaya. Far from being covered by ‘impenetrable jungle’, a great deal of 1940s Malaya was agricultural land. (Author’s collection)

The campaign in Malaya and the resulting fall of Singapore in February 1942 was not simply a product of the outbreak of the Second World War. A rising population and a stagnating economic base undermined the credibility of the imperial government and made war a possible means of ensuring stability at home and enhancing the status of Japan abroad, but Japan’s road to war was not simply a matter of seizing an opportunity; it was also a product of being brought into the industrial age.

In 1549 Portuguese explorers landed at Tanegashima and were followed six years later by a Jesuit mission. Catholicism proved to be popular, but eventually the missions were seen as a troublesome influence and a threat to Japanese culture. By the 1620s Catholicism had been completely suppressed and for the next 200 years and more Japan maintained a policy of virtual isolation from the rest of the world. The period of
Sakoku
(exclusion) lasted until 1853, when an American naval force under Commodore Perry entered Yokohama. Throughout the 1850s Japan was forced to accept unequal treaties with the United States and various European powers. If Japan was to be able to protect herself from foreign pressure and interference, she needed to develop a strong national government and a powerful navy.

The first major modern warship of the Imperial Japanese Navy was the
Jo Sho Maru
. She was designed by Thomas Blake Glover, built at Aberdeen and delivered on 8 May 1870. This was the beginning of a long naval relationship between Britain and Japan; indeed an imperial decree of 1870 stipulated that the Royal Navy should be the model for the future development of the Imperial Navy. Japan flirted with the creation of a major navy throughout the 1870s, mounting expeditions to Taiwan and Korea.

Her naval development stalled due to a series of internal conflicts, but by the 1880s she had acquired several British- and French-built warships. The rise of Japan as maritime power in East Asia allowed her to force her will on China and Korea, and to make Taiwan a colony. In 1904 Japan went to war with Russia, decisively winning the great naval battle of Tsushima and confirming her status as a rising power at sea. Six years later Japan formally annexed Korea, an action that drew some criticism but no action from the rest of the world. Strange as it may seem now, this was not so very remarkable in 1910. European powers had already carved out colonies in Africa and Asia; why should Japan not do the same?

In August 1914 Britain sought Japanese aid against German commerce raiders operating around the coast of China, and Japan formally declared war on Germany on 23 August. Through the course of the war Japan extended her influence in China and undertook several operations against German possessions, forcing the surrender of Tsingtao and launching the first ever aerial bombardment from ships.

From a Japanese perspective, supporting the Entente Allies (Britain, France and America) in the First World War had not brought them either respect or power. Japanese industry flourished in the war years, but her market share dwindled thereafter. The ensuing recession was to become a major factor in promoting a form of ultra-nationalist militarism and driving an ambition to form an empire in Asia which could provide her with raw materials and a captive market. The terms of the Washington Conference
on arms limitation struck a blow at national self-respect by limiting Japanese warship construction, which in turn impaired the viability of her shipbuilding industry. This caused unemployment that was blamed on the Washington Conference powers, though in fact Japan was struggling economically anyway.

The expansion of the Japanese Empire took a further step in September 1931 with the invasion of Manchuria. In due course a puppet state – Manchukuo – was erected, headed by the last Emperor of China, Pu-Yi. Unlike the invasion of Korea in 1910, the Manchurian campaign provoked some reaction around the world and prompted the League of Nations to send a commission of inquiry. Reports of atrocities against civilians and prisoners, though dismissed as fabrications by Japan, were widely accepted elsewhere, and in February 1933 Japan resigned from the League of Nations in protest against criticism of her actions in Manchuria.

At the start of the Second World War Britain, France, the Netherlands and the United States controlled the majority of South East Asia; even Portugal retained colonies at Macau and East Timor.

The German conquest of France and the Netherlands in 1940 made their colonies in what are now Vietnam, Laos, Cambodia and Indonesia very vulnerable since there was no longer any prospect of support from the home country. The perilous situation of Britain had similar implications for Malaya, Singapore, Hong Kong and Burma. The weakness of the colonial powers was an important factor in deciding the direction and timing of Japan’s incredibly daring series of offensives in December 1941, but in fact she was already at war in China. In a sense, she was simply opening several new fronts at once.

El misterio del cuarto amarillo by Gastón Leroux
Growing Up Amish by Ira Wagler
Am I Right or Am I Right? by Barry Jonsberg
A Sense of the Enemy: The High Stakes History of Reading Your Rival's Mind by Zachary Shore
How It All Began by Penelope Lively
Inspector Hobbes and the Curse - a fast-paced comedy crime fantasy (unhuman) by Martin, Wilkie
Losers Take All by David Klass
The Masters of Bow Street by John Creasey
Some Love it Hot (Some Love it..., #1) by M.K. Elliott
How to Talk About Books You Haven't Read by Pierre Bayard