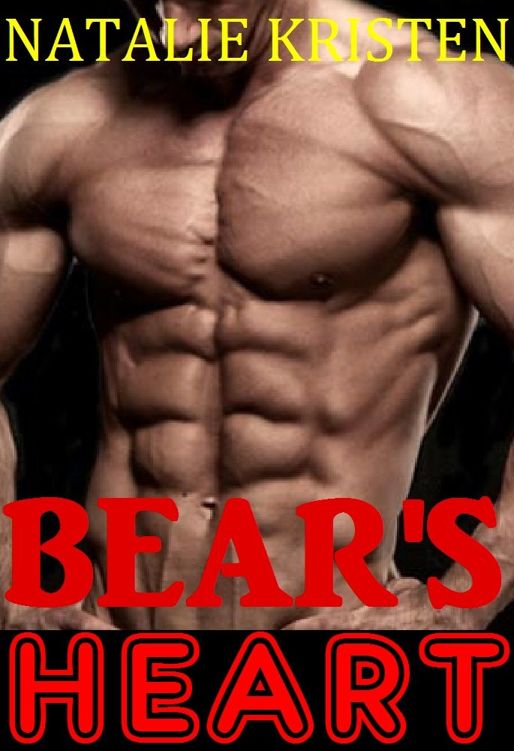 No
part of this book may be used or reproduced in any manner whatsoever
without the author's written permission except in the case of brief
quotations embodied in critical articles and reviews.

Jade
Keller is starting her new job in the city. She has just moved to
the city to be near her younger brother, Luke, and it's her first day
at Dino Diner.

But
smack in the middle of lunch hour, when the diner is packed with
customers, everything shatters with devastating, deadly force.

Dylan
Hart races with his team to support the rescue efforts of the police
and civil defense forces. There are few survivors of the bombing,
but he finds Jade.

Dylan
stays with her and vows to keep her safe.

But
the worst is far from over.

Jade
may have a dedicated bodyguard by her side, but someone is determined
to destroy her life—by targeting everything and everyone she
holds dear.

Jade Keller straightened her
waitress uniform over her generous, curvy figure and studied herself
in the mirror. Her blond hair was tied back in a low ponytail and
she thought she looked real nice in her spiffy new uniform.

She blew out a breath and
flashed herself two thumbs up. “Looking good, Jade,” she
said, bouncing on the balls of her feet. “Yeah, I'm good!”

First day on the job. After
a good breakfast and a shower, she was feeling pretty pumped up.

She was lucky to have gotten
a job so quickly. She had been in the city only a couple of weeks
but thinking back, Jade realized that she should have made the move
earlier. She should be near her baby brother. After what he had
gone through, he needed someone to keep an eye on him and baby him.

Her younger brother was a
strapping, muscly thirty-year-old who was more than a full head
taller than her. But it didn't matter how tall or how old he grew.
She was ten years older than Luke and she would always see him as her
baby brother. And after their parents passed away, Luke was her only
family.

Luke had gone through a truly
traumatic, terrifying ordeal, but he had told her firmly that he
didn't want her to baby him through it. He needed space and time to
sort out his own stuff and get back on his feet.

She had to admit that her
brother did emerge from the harrowing experience a stronger, braver,
better man. Only now he wasn't just a man. He was a big, growly,
powerful bear shifter.

A maniacal doctor had gotten
his hands on Luke when Luke went to the hospital to fix a simple
fracture. The doctor had injected a heavy dose of bear shifter cells
into Luke, hoping to turn him into a lethal weapon for the Mob boss
who had ordered and financed the whole deadly operation. Luke had
been saved by an elite rescue team from the Black Bears Group, a
large, high-profile security firm owned by the Black Bears clan.

Jade knew that she owed her
brother's life to the Black Bears. The Black Bears saved Luke's life
and snatched him back from hell. When it became clear that there was
no way to reverse the change in Luke, Luke had wanted to take his own
life. He would rather die than become a monster.

The Black Bears had taken
Luke under their wing and helped him through his Change. They
understood his pain and rage, and they were patient yet tough with
him. Luke had a raging bear inside of him, and Ethan Flint, the
Black Bears alpha, assigned a senior Black Bears lieutenant to guide
Luke through his Change. His mentor would train him to control and
draw on the power of his bear for good. Luke had been a cop in the
city's police force, but he had lapsed into a deep depression after
his Change. He quit the force and he wanted to quit life.

The Black Bears gave Luke a
place in their clan, a job in the Black Bears Group, and a new life.
They had saved her brother, in more ways than one.

Jade had never met Luke's
mentor, Dylan Hart, but she had spoken to him once on the phone.
Dylan was really polite over the phone, a real gentleman, and he had
the sexiest, deepest voice she had ever heard. From her
conversations with Luke, she could tell how much her brother
respected and liked Dylan.

Jade had taken urgent leave
and rushed to the city to be with her brother during his darkest
days. She had nursed him back to health and tried to keep his
spirits up. She had wanted to stay longer, but Luke had insisted she
go back home. Her brother had growled and snarled at her, making
clear that he didn't want her hanging around.

After meeting with the Black
Bears alpha and beta, Jade finally understood why Luke didn't want
her to stay with him. He was afraid that he would lose control of
his bear and hurt her. Jade understood that it was a difficult time
for Luke, and she would only get in the way of his recovery. If he
really did hurt her by accident, he would never forgive himself and
it would scar him forever. It was better for her to step back and
give her brother time to regain his confidence and take back control
of his life.

So Jade had gone back to her
town and her orderly, quiet life. But the restaurant where she had
worked as a waitress for more than fifteen years had burned down
suddenly. Jade suspected that someone had set fire to the restaurant
deliberately. She was sure the fire wasn't an accident but there was
no proof and no one was ever arrested.

The owners of the restaurant,
Mr and Mrs Xi, had packed up and left the town shortly after. And
Jade had found herself out of a job for the first time in her life.
The other restaurants in town weren't hiring.

Jade decided that it was time
to let go of the past and start looking to the future. She had
continued living in their family home, taking care of the modest,
comfortable house that held so many beautiful memories. She hadn't
wanted to sell the house. She and Luke had grown up in that house.
It wasn't just a house. It was their home.

But now her parents were
gone. And Luke was living and working in the city. She shouldn't be
clinging to the past. The house was too large for her, too empty.

She
had
discussed her plans with Luke, and he
had
heartily approved of her plan to sell the house and move to the city.

She had split the sale
proceeds with Luke since their parents had left the house to both of
them, and gotten herself a tiny apartment in a nice neighborhood
close to the heart of the city. Luke was working for the Black Bears
Group and his apartment was closer to the Black Bears' office. Luke
had offered her his place, but she had declined. Luke's little
apartment was cozy but it had only one bedroom. He had wanted her to
have the bedroom while he took the couch. It was sweet of him, but
Jade decided that it was best that she get her own place.

Jade had been worried about
finding employment in the big city. But as it happened, the job
seemed to just fall right into her lap.

She had been having breakfast
with Luke and one of his colleagues, Baxter, at Dino Diner. Baxter
had been happily showing her photographs of his mate, Lindy and their
lovely little daughter, Shannon, over breakfast.

On their way out, she had
caught sight of the notice at the door. Dino Diner was hiring.
Baxter and Luke had to rush off to work, so she had shooed them off
and gone back into the diner to make enquiries.

The manager had conducted the
interview in one of the booths right there and then, and she had been
offered the job on the spot.

She had texted her brother
the good news right away.

It was a good start to her
new life in the city.

Jade looked at herself in the
mirror one last time. She slicked on another coat of lip gloss,
grabbed her bag and headed out the door.

She checked her watch and
walked briskly to the bus stop. She was early. Her shift started at
eight. Dino Diner was open twenty-four hours so the night crew would
still be around.

The hours were long but the
pay was good. Dino Diner paid their staff really well, and the
manager told her that she could expect generous tips from their
regular customers.

Jade tried to calm her nerves
during the twenty-minute bus ride to the diner. For some reason, she
found herself feeling anxious and jumpy.

Come on, Jade, you're a
very experienced, competent waitress
, she admonished herself.
Get a grip
.

Dylan Hart glanced around and
checked that his team was in position.

The Black Bears were
providing backup while the police prepared to storm a building where
a masked, psychotic robber was holding an elderly lady hostage.

The police assumed that the
robber was acting alone, but the Black Bears assumed nothing.

Dylan gave the signal and his
Black Bears fanned out discreetly to cover a wider area. Luke and
Jenny, two of the newest members of his team, crouched behind the
cars parked at the side of the road and gave him the thumbs-up.

Dylan had planted Luke and
Jenny at the front of the building, and a couple of Black Bears at
the back and sides of the building. Luke and Jenny might be rookies,
but they were fast and alert. Their instincts and reflexes were
sharp, and they were as strong and brave as any Black Bear.

Dylan scanned the dim
pre-dawn street. The robber would have planned for a quick, smooth
getaway. And Dylan had a hunch that the getaway vehicle would make
an appearance once their attention had been diverted by a well-timed
accident.

The police aimed their guns
at the building entrance and waited for a few tense seconds.

Uniforms charged into the
building.

Dylan squinted into the
distance. Dawn was just breaking over the city, and the orange glow
of the rising sun glinted off windows and windscreens.

He could hear the whine of a
motor engine. A car was coming towards them at high speed.

As the police stormed the
building, a rusty metal heap of a car with a souped-up engine
ploughed into a row of neatly parked cars.

Car alarms blared and wailed,
and people ran out into the street at the commotion.

Dylan saw another car coming
down the street in the opposite direction. People were running out
of the nearby buildings and houses, some clad in their pajamas and
bathrobes.

The crowd was growing.

Dylan scanned the crowed and
saw a well-dressed man with a hat pulled low over his face sliding
through the rubber-neckers.

He tapped his watch to alert
his team immediately. “Getaway vehicle approaching in the
opposite direction. Blue Toyota. Suspect in a bowler hat, black
suit and white shirt.”